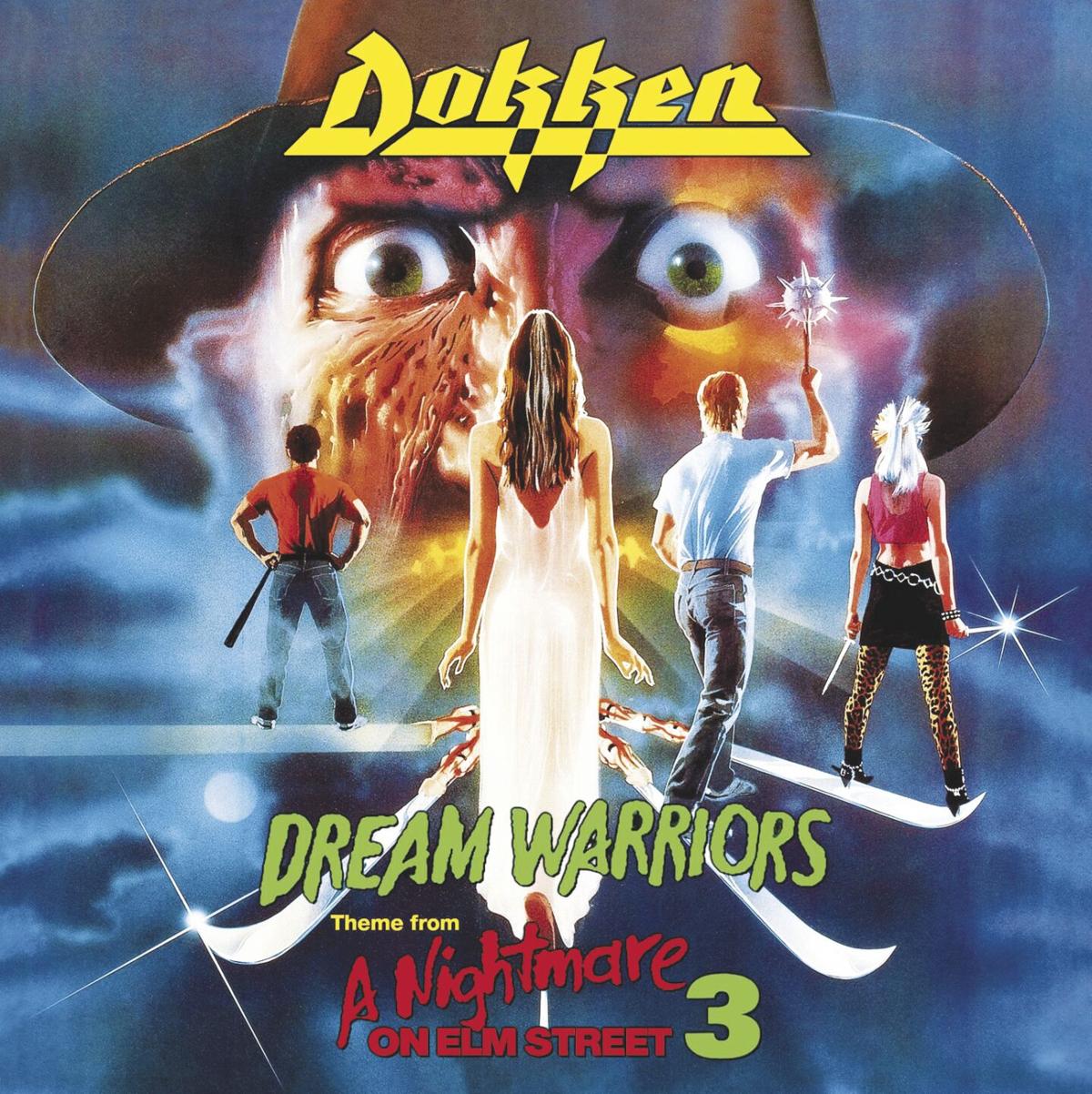 Dokken wrote and performed "Dream Warriors" the theme for 1987's "A Nightmare on Elm Street 3." (COURTESY OF ELEKTRA/ASYLUM RECORDS) 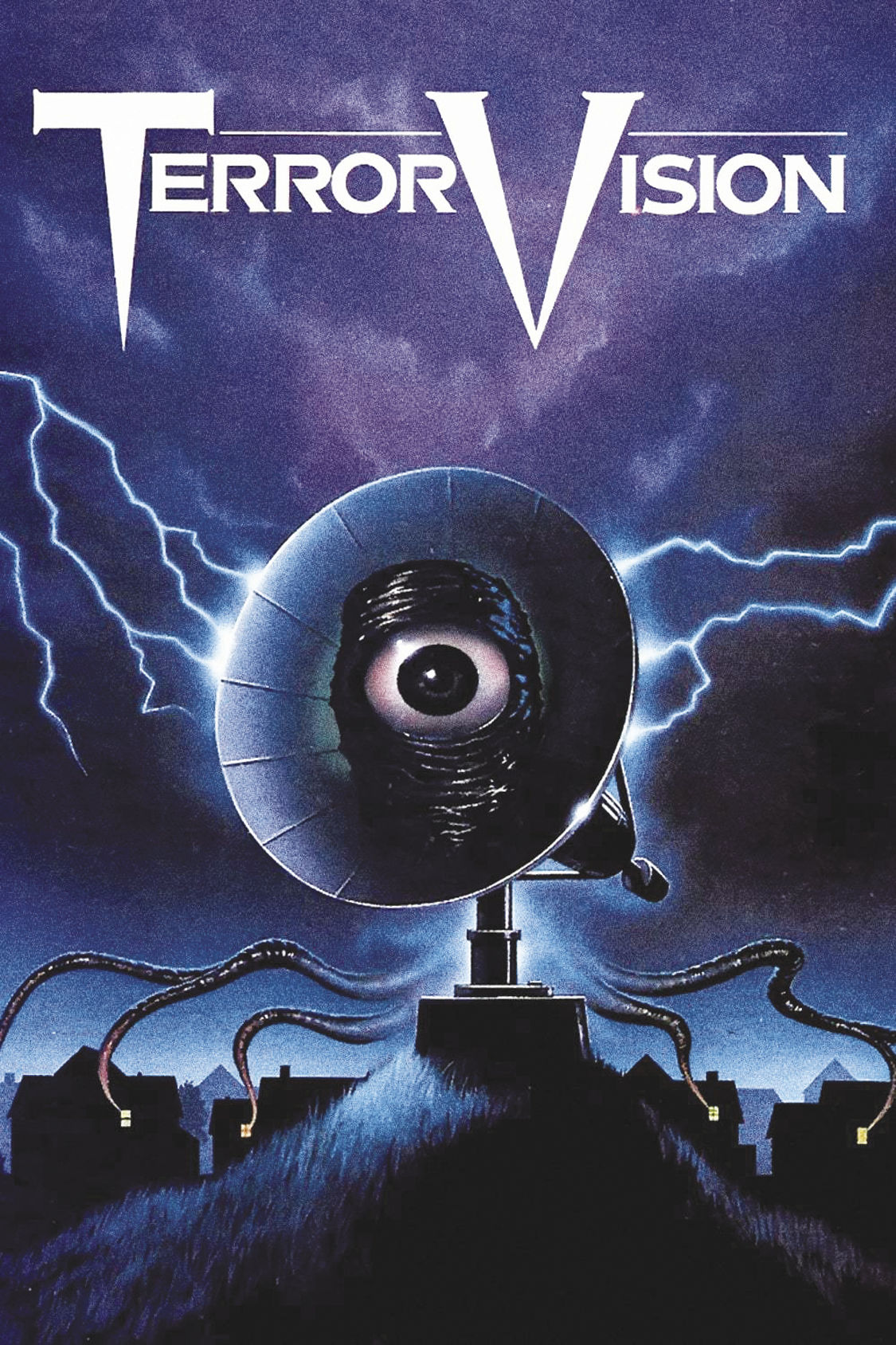 The cheesy 1980s B-movie "TerrorVision," which features an alien transmitted into a suburban home via a television signal, features a killer theme song by The Fibonaccis. (COURTESY OF SHOUT FACTORY)

Theme songs have a long tradition in horror movies. I’m not referring to the iconic film scores to such films as “Psycho,” “The Exorcist,” “Halloween,” “Friday the 13th” and others, but rather title track songs performed by a band.

Perhaps the most obvious example of this is Ray Parker Jr.’s “Ghostbusters,” which was as big a hit as the film that inspired and remains a ubiquitous Halloween staple to this day. But the trend goes back further than that 1984 hit.

Movies featuring titular songs became popular when rock ‘n’ roll came on the scene in the 1950s giving way to the rock ‘n’ roll movies like “Rock Around the Clock” and “The Girl Can’t Help It.” Soon, tnon-rock movies jumped on the trend in hopes of appealing to teens and potentially garnering a hit song.

One of the earliest examples of this is “The Blob,” performed by The Five Blob for the 1958 film about an insatiable gelatinous alien. Like the film, the goofy song became a hit, peaking at No. 33 on the Billboard Hot 100.

The song, co-written by Burt Bacharach, has a jaunty jazz vibe with lyrics proclaiming “Beware of The Blob, it creeps and leaps and glides and slides across the floor right through the door.”

Even obscure horror films would jump on this bandwagon. “The Green Slime,” a 1968 Japanese and American co-production that has the (dis)honor of being the film lampooned in the pilot episode of “Mystery Science Theater 3000.” You can pass on the movie, but the psychedelic theme song by Richard Delvy, of The Bel-Airs and The Challengers, is an unsung jam.

Many of the films that went the route of an eponymous song were campy or horror comedies. Such is the case with 1978’s “Attack of the Killer Tomatoes” written and performed by John De Bello, who also co-wrote and directed the film. The song includes such classic lyrics as “I know I’m going to miss her/A tomato ate my sister.”

A decade later, De Bello returned with “Return of the Killer Tomatoes” and an 1980s-ifed version of the theme with new lyrics proclaiming, “The theme song still remains the same/the plot has hardly changed to guarantee fortune and fame.”

With the rise of the slasher genre, horror movies became more popular than ever in the 1980s, and the theme song trend exploded even further with even the cheapest of horror films getting them.

“Prom Night,” one of the earliest films to capitalize on the success of 1978’s “Halloween,” even including Jamie Lee Curtis, wanted to have disco songs for the climactic prom but the rights from the songs would’ve cost more than the budget of the film.

The production of the 1980 film had to write songs that sounded similar enough to the songs they wanted without being identical to avoid potential litigation. The production was still sued but settled out of court. “Prom Night” is a standard disco that ironically declares, “Prom night, everything is alright.” Spoiler: Everything was not alright.

The 1985 horror comedy “Transylvania 6-5000,” a monster mashup featuring a vampire, werewolf and mummy, isn’t particularly funny, which is odd given the pedigree of its cast. The film stars Jeff Goldblum and Ed Begley Jr. and includes appearances by Geena Davis, Michael Richards, Carol Kane and Jeffrey Jones.

Given the title is a pun on the Glenn Miller song “Pennsylvania 6-5000,” it was perhaps inevitable there would also be a song, and, thankfully, the song by Paul Chiten is vastly superior to the film. It is an inordinately catchy lost new wave gem

Another hidden new wave gem is The Fibonaccis’ “TerrorVision” from the 1986 horror comedy co-written and produced by B-movie master Charles Band. The film is a cheesy delight and the song updates the vibe of 1950s horror movies in a manner that is both creepy and danceable at the same time.

As we continue to dig into the obscure, the 1986 sequel to “C.H.U.D.” subtitled “Bud the C.H.U.D.” inexplicably got a head banger of a title track by Nicholas Pike that really has no reason to be enjoyable as it is.

The “Nightmare on Elm Street” franchise regularly hired metal acts to write songs for each installment, most notably “Dream Warriors” by Dokken for the third film. It became a moderate hit reaching number 22 on the Hot Mainstream Rock Tracks.

John Hughes’ “Weird Science,” while not being a horror comedy, is a tribute to “Frankenstein” with a couple of geeks creating their dream girl. The title song is one of the most popular and memorable from the band Oingo Boingo. The band fronted by Danny Elfman, who would go on to become a renowned film composer most closely associated with Tim Burton, performed an annual Halloween concert.

While “Weird Science” was Oingo Boingo’s only title track for a movie, their songs could be heard in several horror-comedy sequels, including “No One Lives Forever” in “Texas Chainsaw Massacre 2,” “Who Do You Want to Be Today?” in “Teen Wolf Too” and “Flesh and Blood” in “Ghostbusters 2.”

Punk band The Dickies delivered a terrific theme to “Killer Klowns from Outer Space,” a 1988 horror-comedy that delivers on the absurdity of its title. The song is a propulsive, fun rocker.

Rockers AC/DC contributed music for 1986’s “Maximum Overdrive,” the only film both written and directed by Stephen King. Although the band didn’t provide a title song, “Who Made Who” was written specifically for the film and plays during the opening credits.

“Maximum Overdrive” wasn’t the only King film to get a boost from a rock band. This leads to arguably the best example of a titular horror theme song with “Pet Sematary,” by The Ramones, for 1989 King film. It is the of the strongest songs from late era-Ramones with a terrific atmosphere and catchy chorus that states “I don’t wanna be buried in a pet cemetery/I don’t want to live my life again.”

In 2013, “Sharknado” had a Ramones-style theme, “(The Ballad of) Sharknado,” by a band cheekily called Quint. A year later, “Sharknado 2: The Second One” was blessed with another song by Quint, “Great White Skies,” this one in the style of AC/DC. Alas, the subsequent four sequels didn’t receive any more theme song homages.

Sadly, “Sharknado” was an isolated occurrence and title-track theme songs in films — both horror and non-horror — more or less petered out by the end of the 1980s. But the trend needs to come back. A film like “Happy Death Day” is begging for a title song.

To hear some of the songs discussed here go to: tinyurl.com/horrormoviethemesongs.