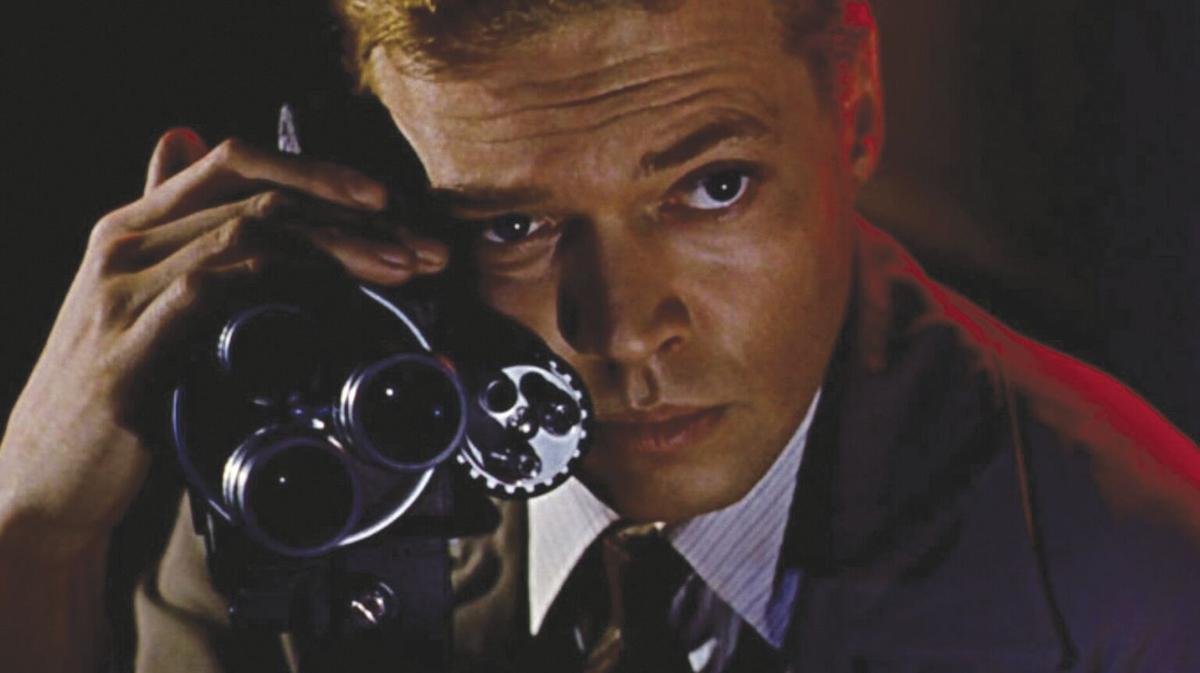 Carl Boehm as a killer who films his victims in 1960's "Peeping Tom." (COURTESY PHOTO) 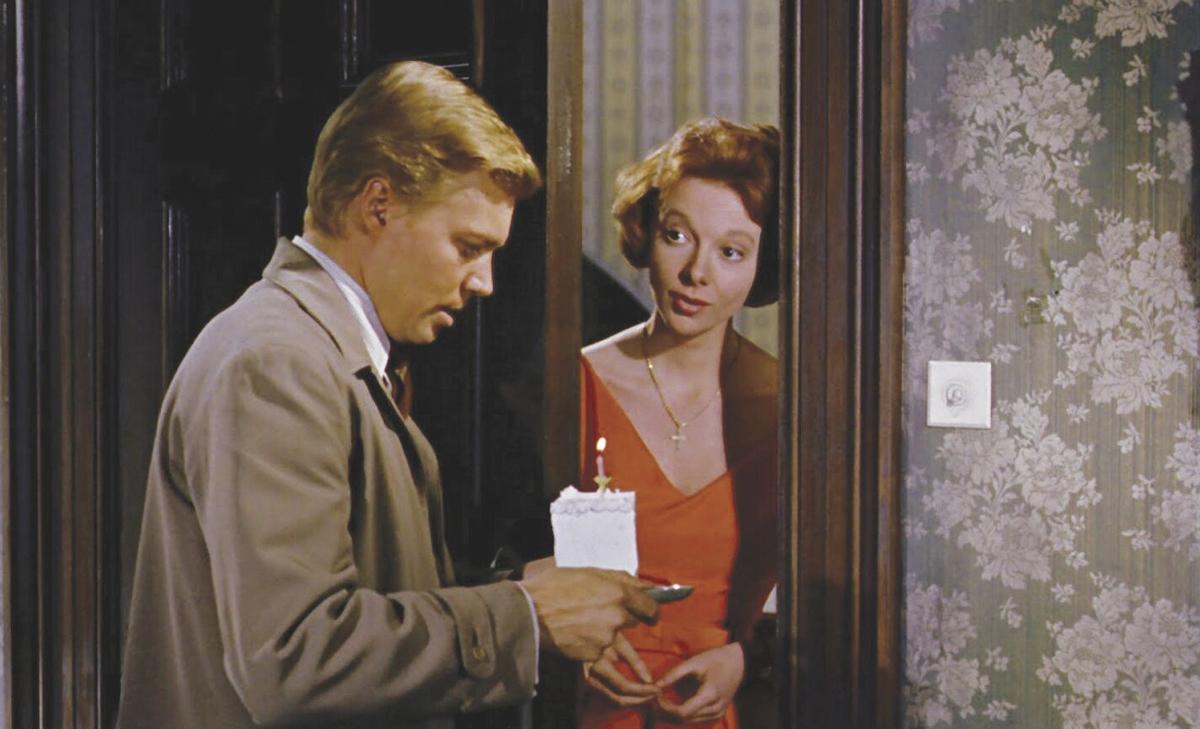 Next Friday, the fifth installment of the self-aware slasher franchise “Scream” will be released. With that in mind let’s take a look at one of the founding fathers of the slasher genre, 1960’s “Peeping Tom.”

Many credit Alfred Hitchcock’s “Psycho” as the earliest precursor to the slasher horror sub-genre, but “Peeping Tom” was released in England three months prior. Alas, even though no blood is shown, the film was declared deplorable by critics and was pulled from theaters within a week.

It would be two years before “Peeping Tom” made it to the United States but the damage was already done to the reputation of the film and its director Michael Powell. In the decades since, it has been reappraised as a masterpiece.

“Peeping Tom” centers on Mark Lewis (Carl Boehm), a serial killer who films his victims’ deaths with a 16mm filmmaker. Within that setup you can see the bones of what would become the slasher.

The first image of “Peeping Tom” is of a closeup on Mark’s eye. We next see what he is seeing: a prostitute on a street corner. A closeup of a 16mm camera follows, and we end with a shot of the video camera pointing toward the prostitute, thus establishing the connection between eyes and cameras as well as the film’s theme of voyeurism. The rest of the scene is shown through the 16mm camera and ends with a murder.

This establishes one of the most essential tropes of the slasher genre: putting the viewer in the first-person perspective of the killer. In fact, a character in “Scream 4” even states that “Peeping Tom” is the first film “to put the audience in the killer’s POV.”

Unlike its many imitators, “Peeping Tom” has an in-story justification for its POV shots. Mark’s camera and why he’s filming his murders are key parts of the story, and there is more psychological depth to the film than its seemingly salacious premise.

Part of what makes the film such an unsettling experience is that we quickly understand the murderer is the film’s protagonist. Director Powell makes us a part of Mark’s world. It is as if we are his accomplices and, after that first scene establishes what Mark is capable of, there is an uneasy tension throughout the rest of the film.

The script by Leo Marks doesn’t pile up the deaths. The murders are limited, and we discover we don’t so much want to see them but rather need to see them, if only to break the building suspense. The film, much like Hitchcock’s “Rear Window” uses voyeurism as a commentary on the film-going experience and forces the audience to realize that they too are “peeping toms” getting visceral pleasure from peering into another world.

Mark, who works as an assistant cameraman on a movie set — which allows the film some moments of satire on the film industry — never leaves home without his 16mm camera. His compulsion stems from experimentations in fear that his psychologist father performed on him when he was a kid. The young Mark was constantly being filmed and documented, as if he were a lab rat rather than a child. The adult Mark is continuing his father’s research, albeit to an extreme level.

Mark’s actions are calculated and methodical, but oddly not malicious. It is simply something he is compelled to do. As a viewer, we don’t hate Mark. Boehm’s performance is key in winning our sympathies. He makes Mark not a personification of evil, but rather a tragic figure: a nice, socially awkward and deeply disturbed young man.

When a relationship develops between Mark and one of his neighbors, Helen (Anna Massey), we at first fear for her life. Massey becomes an early example of the final girl cliche. While Mark’s victims aren’t developed, Helen is, and it becomes clear that Helen could be Mark’s way back to sanity. Boehm and Massey’s scenes begin with restless tension, but shift to something approximating low-key romance.

In a different context, Mark could be read as charmingly befuddled, but that is not meant to be. After all, Mark is a tragic figure. In the end, he’s able to capture true fear and find what he was looking for, but at a terrible cost.

Even if critics at the time couldn’t get past the surface to see the subtext, this wasn’t a film of murder and mayhem, but an intelligent, unnerving look at a damaged man. While we certainly don’t condone his actions, Mark becomes a person we begin to understand and sympathize with.

In addition to having the roots of the slasher genre, it is also a clear forerunner of the psychological thriller genre. It isn’t a leap to say that “Peeping Tom” helped set the template for such films as “Seven” and “Silence of the Lambs.”

“Peeping Tom” is available to stream for free on tubi and can be rented on Amazon Prime, Vudu and Apple TV.

Review: 'Halloween Kills' is another solid entry in the long-running franchise

I was telling my wife, who can’t watch horror movies, about “Halloween Kills,” and she asked, “So, what’s Michael Myers’ deal? Why does he kil…