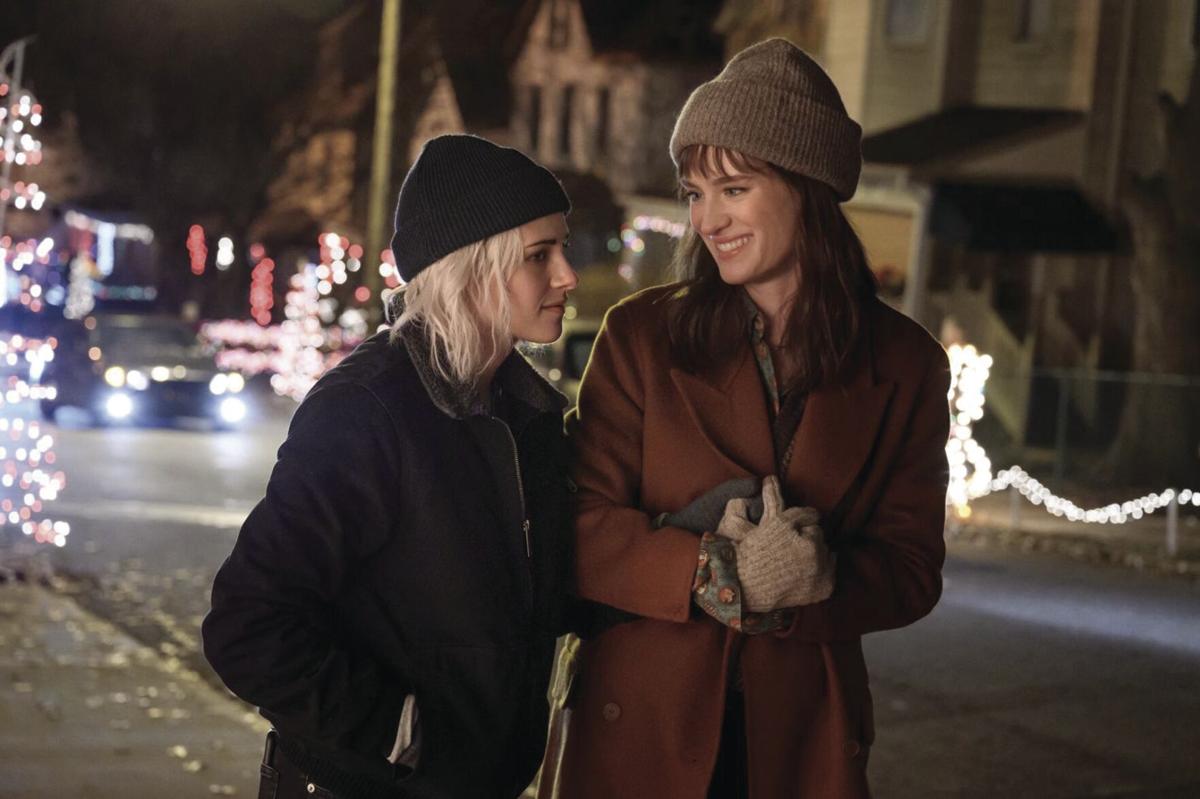 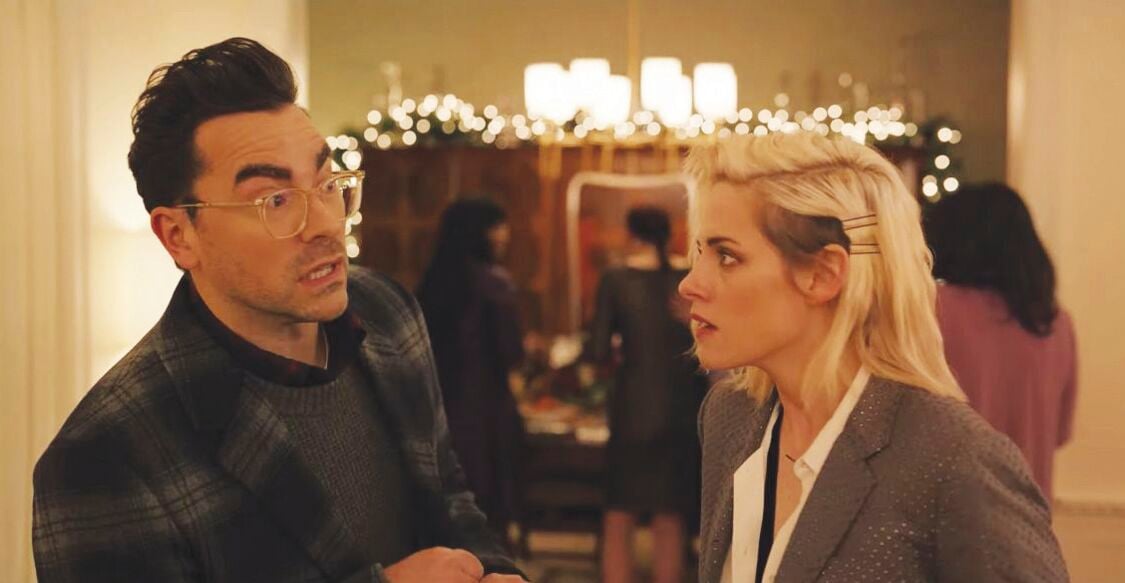 “I don’t have any secrets, but I am an ally.” It is a simple, but powerful, sentiment shared by a character following an emotional coming out scene in “Happiest Season,” a Christmas movie centered around a woman bringing her girlfriend home for the holiday, despite still being in the closet.

Harper (Mackenzie Davis) comes from a conservative family who are all about appearances. Her father (Victor Garber) is running for mayor, and her mother (Mary Steenburgen) is obsessively managing her husband’s image via an Instagram account.

She has a competitive relationship with her sister Sloane (Alison Brie), who was on track to be a lawyer before becoming a mother who makes high-end gift baskets. Her other sister, Jane (Mary Holland, co-writer of the film with director Clea DuVall), is the family misfit whom no one understands.

All of this has been kept away from Harper’s girlfriend Abby (Kristen Stewart), until, caught up in the holiday spirit, Harper invites her to a five-day extended weekend.

On the way, Harper reveals the bombshell that she hasn’t come out to her family. She has told her family Abby is merely her roommate. Harper just wants to get through the holidays, and then she promises she’ll tell them.

This is essentially a sitcom plot meets a Hallmark Channel holiday romantic comedy, and it features all the tropes of both. There’s obvious exposition (“I know you don’t like Christmas since your parents died”), encounters with exes (Aubrey Plaza and Jake McDorman), an easily explained misunderstanding and a gay best friend (Dan Levy). There’s also hijinx involving Abby literally getting caught in a closet (har har) and nearly being found in bed with Harper.

And yet, in spite of the familiar formula, or maybe because of it, “Happiest Season,” which debuts on Hulu Nov. 25, works. By using the trappings of a cheesy holiday movie, DuVall and Holland are able to slip in a personal, though painful, story to an audience that might not otherwise see it.

By adding the LGBTQ perspective and presenting the story with a good deal of emotional honesty and truth, DuVall and Holland are able to elevate beyond the tired template.

Let’s take Levy’s John for example. He exists solely to be a sounding board for Abby and to provide comic relief and advice. It is a familiar archetype that, for better or worse, has been a staple of romantic comedies for decades, but the leads also being gay shifts the dichotomy.

While Levy plays John as sassy and opinionated, instead of providing cheeky commentary on straight relationships, he is commenting on the struggles of being gay in a patriarchal heteronormative world.

When Abby becomes frustrated by Harper’s inability to be herself and come out to her family, he is able to relate to her in a deeply personal way. The jokey veneer comes down, and he speaks with sincerity about how everyone’s journey is different.

Similarly, Plaza’s Riley, Harper’s first girlfriend, isn’t presented as a rival from Harper’s past or a spurned lover seeking revenge. She becomes a confidant to Abby, as Harper gets pulled into playing the role her family wants her to play. It is a surprisingly reserved and nuanced performance from Plaza who has a tendency to lean too much on her snarky comedic timing.

While this may seem like a specific story with a narrow audience, the themes of wanting to live up to your parents' expectations and not disappoint them are universally relatable. This is the crux of why Harper doesn’t want to come out. Being afraid to be your true self out of fear of what others — especially family — will think is something that everyone can connect with.

Stewart, who many dismissed as an actor for her performances in the “Twilight” series, is increasingly becoming an actor who will give performances that feel grounded in real emotions. Her natural awkwardness in real life also makes her an ideal performer for fish-out-of-water scenes.

Davis gives a performance that captures the difficulty and pain of the situation. She is one person with Abby and another with her family, and there’s a clear delineation between her two sides. She has an easy and believable chemistry with Stewart, ane she does a nice job of quietly, internally navigating Harper complex emotions.

Garber and Steenburgen play clearly loving parents who are deeply self-involved rather than hateful. They make passing asides that are unintentionally hurtful to their kids. While the characters, at times, do unlikable things, Garber and Steenburgen are so appealing that we are more frustrated with them than outright hating them.

In the end, given everything that has happened this year, this is the movie we need right now. It is a film about togetherness, love, acceptance, forgiveness and understanding. In a sea of new holiday films from Hallmark, Lifetime and Netflix, this one is the real deal. It will warm your soul.

“Charlie’s Angels,” a brand that started as a 1970s TV series about a group of women who fight crime thanks to a mysterious benefactor, is fro…