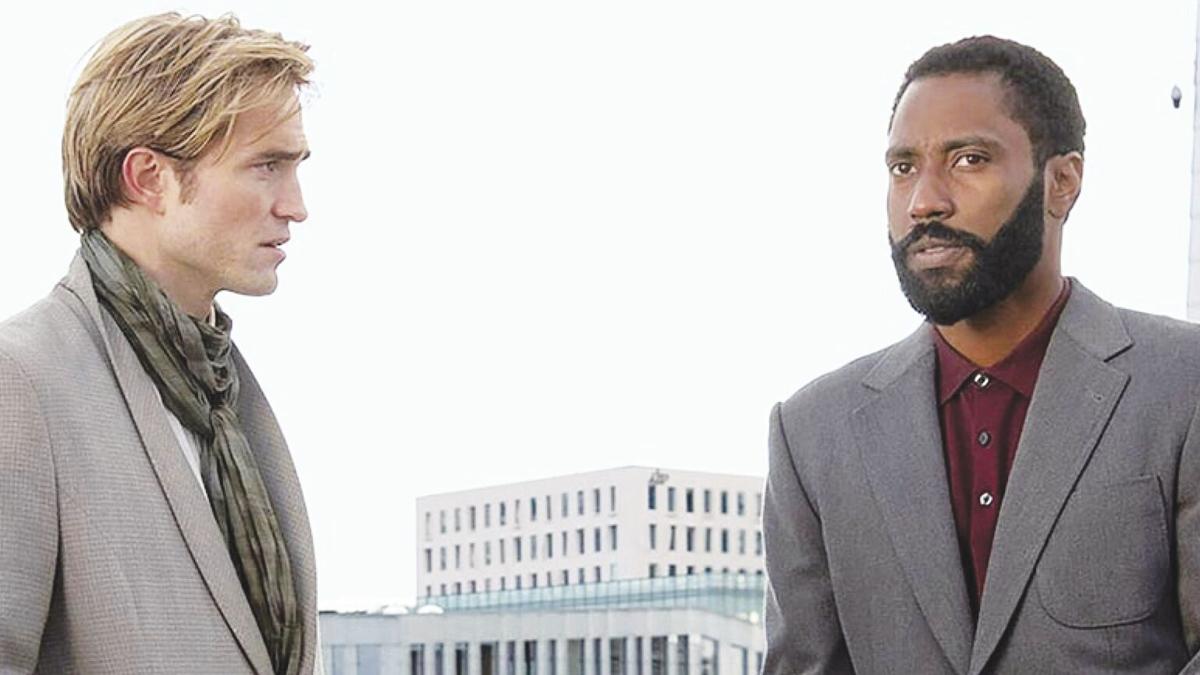 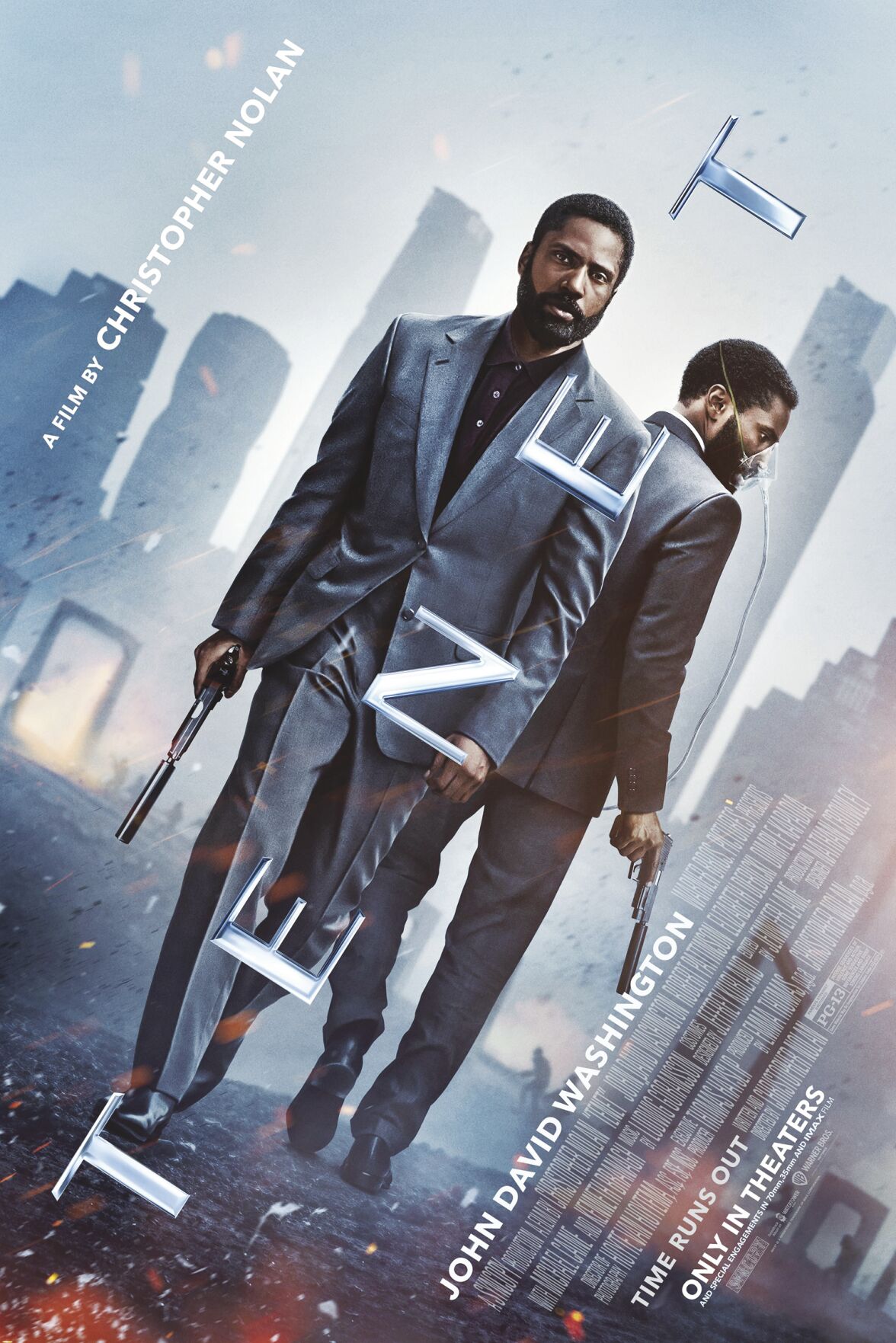 Director Christopher Nolan has a fascination with time with the concept coming up repeatedly throughout his filmography whether thematically or as a storytelling mechanism.

In his second film “Memento,” Nolan tells the story in reverse because the protagonist has a form of memory loss in which his short-term memory resets every few minutes. By telling it in reverse, we are forced into the lead character's perspective.

With “Inception,” Nolan plays with the passage of time in dreams with his team of dream thieves experiencing time at different speeds depending how deeply into the subconscious they go. For “Interstellar,” Nolan explores how traveling at lightspeed affects time for astronauts.

In his World War II film “Dunkirk,” Nolan fiddles around with the timeline of events to maximize the level of suspense. Even “Insomnia,” which is set in the midnight sun of Alaska, has Al Pacino’s police investigator losing track of time due to sleep deprivation.

So, it was perhaps inevitable that Nolan would make a film involving time travel, although his new film “Tenet” is hardly your traditional time-travel film.

Instead of characters traveling to different points in time, “Tenet” deals with the concept of inversion with objects and people having time “inverted” allowing them to go backwards through time instead of forward. Everything around them still moves forward as they go back.

Similar to the way “Inception” overlaid a sci-fi element on the tropes of the heist genre, “Tenet” does the same thing to the espionage genre. “Tenet” is essentially a Bond film, complete with a suave hero (John David Washington), a foreign-accented villain (Kenneth Branagh), a beautiful woman (Elizabeth Debicki) connected to the villain that decides to work with the heroes and a mission to save the world.

But “Tenet” is far more dense than a typical Bond film. Washington’s Protagonist (the only name he uses) is dropped in a scenario and we have to play catchup alongside him. The first half of the movie is exposition heavy and spends time setting up how inversion works. Nolan favorite Michael Caine is even brought in for an information-dump scene.

“Inception” was similarly exposition heavy but it felt less weighed down because there was a propulsive energy to that film.

At times, it is easy to get lost in the first hour of the film and not necessarily because the plot is overly confusing but because the dialogue explaining things is drowned out by the booming score by Ludwig Göransson. “Interstellar” had a similarly poor sound mix.

It is clearly a choice by Nolan and one I don’t understand. If it is to confuse the viewer, mission accomplished. It can be fun to be confused by a film and to have to figure out a scenario, but that’s not what this is. This is just frustrating.

To add to the frustration, when Göransson’s score isn’t emulating the loud booming music associated with Nolan’s regular composer Hans Zimmer, it has a cool synth vibe that recalls Daft Punk’s excellent work on “TRON: Legacy.”

Once you get to the second half, in which we see inversion employed in several action scenes, including a car chase, a revisit to an earlier fight scene and a battle sequence involving a building exploding and unexploding at the same time, the film becomes far more engrossing.

While that first hour is necessary to put the second half in motion and the film does satisfying pay off things that were set up, it still feels needlessly confusing. Maybe it’ll become more palatable on repeated viewings.

Still visually, Nolan and cinematographer Hoyte Van Hoytema have delivered a stunning film. As is true with his past work, Nolan tries to employ practical effects over CG whenever possible. This includes the inversion sequences, which Nolan shot twice — one time moving forward, and once with the actors doing everything backwards. This means that the actors had to learn to do their stunts as well as speak backwards. In addition, a real 747 airplane was crashed into a hangar with no additional effects or CGI.

All of this is terrific and gives the film a look that is unique and dynamic. But, as others have noted, there’s an emotional coldness to the film. The characters are mostly just tools of the plot. Again, this was also true of “Inception” but that film had some emotional grounding thanks to Leonardo DiCaprio’s Cobb.

We get some of that thanks to Debicki’s Kat who is desperate to get away from Branagh’s Sator but can’t because of her love for her young son. It is a cruel, abusive relationship and Debicki does a good job emotionally investing us in her story.

The issue is, unlike Cobb in “Inception,” she isn’t the lead role. We know nothing about the Protagonist — so much so he doesn’t even have a name. Washington is little more than an avatar for the audience. Similarly, Robert Pattinson, who acts as his second in command, is also a mystery. It isn’t until their final moments together that a twist adds interesting shading to both characters.

Washington and Pattinson are both excellent — they are charming and engaging — but it is hard to hook into and be invested in them as people.

All that being said, “Tenet” should be seen, and, if you’re comfortable doing so, on the big screen. It is a unique visual experience, a compelling twist on time travel and its palindromic plot does deliver in the end.