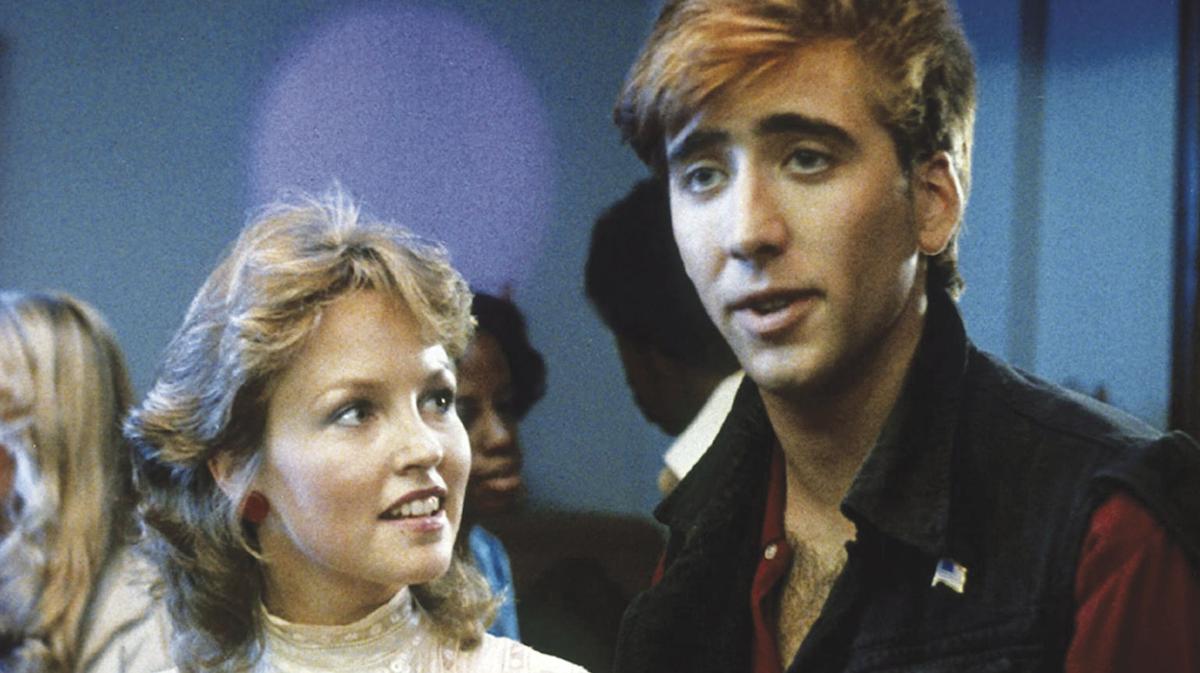 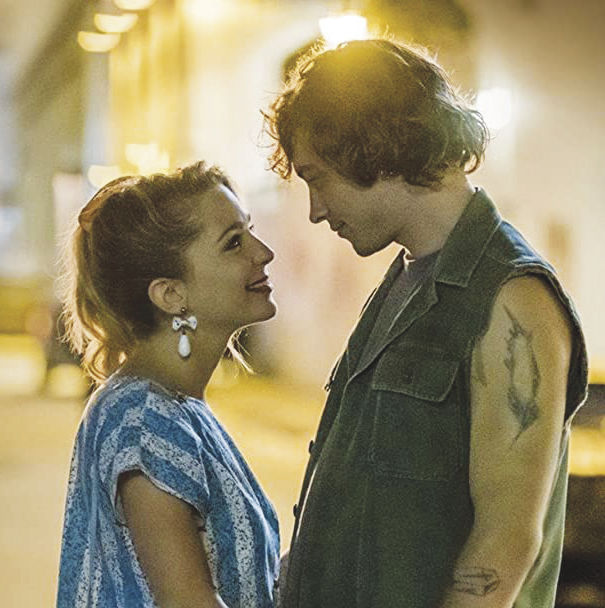 Jessica Rothe and Josh Whitehouse in the 2020 remake of "Valley Girl." (COURTESY OF MGM)

With the recent release of the jukebox musical remake of the 1983 teen film “Valley Girl” arriving for home viewing, I did a double feature of both versions, as I had never seen the original.

As an avid fan of teen films, I’m surprised I let “Valley Girl” go unseen for so long. It is a fine example of the genre released at a time when teen films were scraping the bottom of the barrel.

In different hands, “Valley Girl” very well could have become another exploitation film. In fact. “Valley Girl” director Martha Coolidge was told to put in at least four scenes with exposed breasts in the film.

“I told them I had no problem as long as I could do it so it made sense,” Coolidge told Rediscover the ’80s in 2019. “They considered the film an ‘exploitation genre film’ meant for guys.”

What Coolidge handed in was a sweet story of star-crossed lovers with Randy (Nicolas Cage) and Julie (Deborah Foreman) as a modern day Romeo and Juliet torn between Hollywood’s grungy punk scene and the valley’s clean-cut suburban sheen.

Part of the appeal of the original “Valley Girl” is its simplicity. A boy and girl meet and feel an instant connection. Despite the differences in their respective scenes, they start hanging out.

“Valley Girl” acts as a terrific time capsule of a specific time and place. There’s a scene of Julie and Randy driving around Hollywood that is soaked with colorful details, so much so that these shots were re-used in the remake.

Then there’s the valley speak, which has become a short-hand for the 1980s attitude. Totally and tubular have soaked into the cultural lexicon but tripendicular is in dire need of a comeback.

And, of course, you have Nick Cage as the lead in a teen romance. For people viewing this in hindsight, it is one of those things you didn’t know you needed in your life, but you absolutely do.

Cage is surprisingly cute, down right adorable even. You get flashes of Cage’s familiar manic energy, as when he randomly shouts “Peter Piper picked a peck of pickled peppers” or the manner in which he tells Julie to “F--- off” while mocking her valley-ism after she breaks it off with him.

The film also sidesteps a lot of cliches. While there is a second-act break up, it isn’t brought on by some big misunderstanding. Julie simply gives into peer pressure to date the “right” kind of guy: her ex Tommy (Michael Bowen).

Similarly, instead of being uptight authoritarians, Julie’s parents (Colleen Camp and Frederic Forrest) are laid-back former hippies. Because of this, we avoid familiar scenes of Julie sneaking into the house late at night or lying to her parents.

The remake, unfortunately, adds back in a lot of these cliches. The new Julie (Jessica Rothe) has typical movie parents (Judy Greer and Rob Huebel) who don’t like her dating Randy (Josh Whitehouse). There’s an addition of an altercation that leads to the break-up. Randy is also given a needlessly tragic backstory. These tropes lessen the overall quality of the remake, which is actually pretty good.

Yes, it is a sunnier, glossier look back at the 1980s, but the film acknowledges this through a story frame in which an adult Julie (Alicia Silverstone) is telling her daughter (Camila Morrone) the story as she “remembers it.” Sadly, this framing device is largely a distraction and robs the remake of the sweet, ambiguous final moment of the original.

There are other additions that do work. Randy is now in a punk band, which helps fix the original’s anti-climactic conclusion in which Randy beats up Tommy at prom and Julie decides to run off with him. Now, Randy’s grand gesture comes in the form of a song.

Similarly, Julie and her fellow valley girls are given more distinct personalities. Julie wants to be a fashion designer. This is lifted from Hughes’ “Pretty in Pink,” but it gets a pass because at least the prom dress Julie makes is better than the hideous one Molly Ringwald’s Andy created in “Pretty in Pink.”

It is also nice to see Mae Whitman as the stand-in from Randy’s best friend, who was played by Cameron Dye in the original. This gender-reversal isn’t forced, and Whitman is always an asset to any project.

As for the songs, while some of them are over autotuned, for the most part they are well presented. It is a fairly standard collection of 80s classics with only two — “I Melt With You” and “A Million Miles Away” — directly lifted from the original.

There is a clever medley of “Just Can’t Get Enough,” “Material Girl,” “I Can’t Go for That” and “Tainted Love” that is a stand out, and some of the arrangements — notably “Under Pressure,” “Kids in America” and “Boys Don’t Cry” — favorably recall Julie Taymor’s Beatles jukebox musical “Across the Universe.”

As with the original, the charming leads go a long way to making this work. Rothe has just as effervescent a smile as Foreman, and while Whitehouse doesn’t have Cage’s off-kilter energy, he is likable and engaging.

So, the remake is totally a mixed bag but it is pleasant viewing and does make for a bitchin’ double feature with its predecessor. Like for sure.