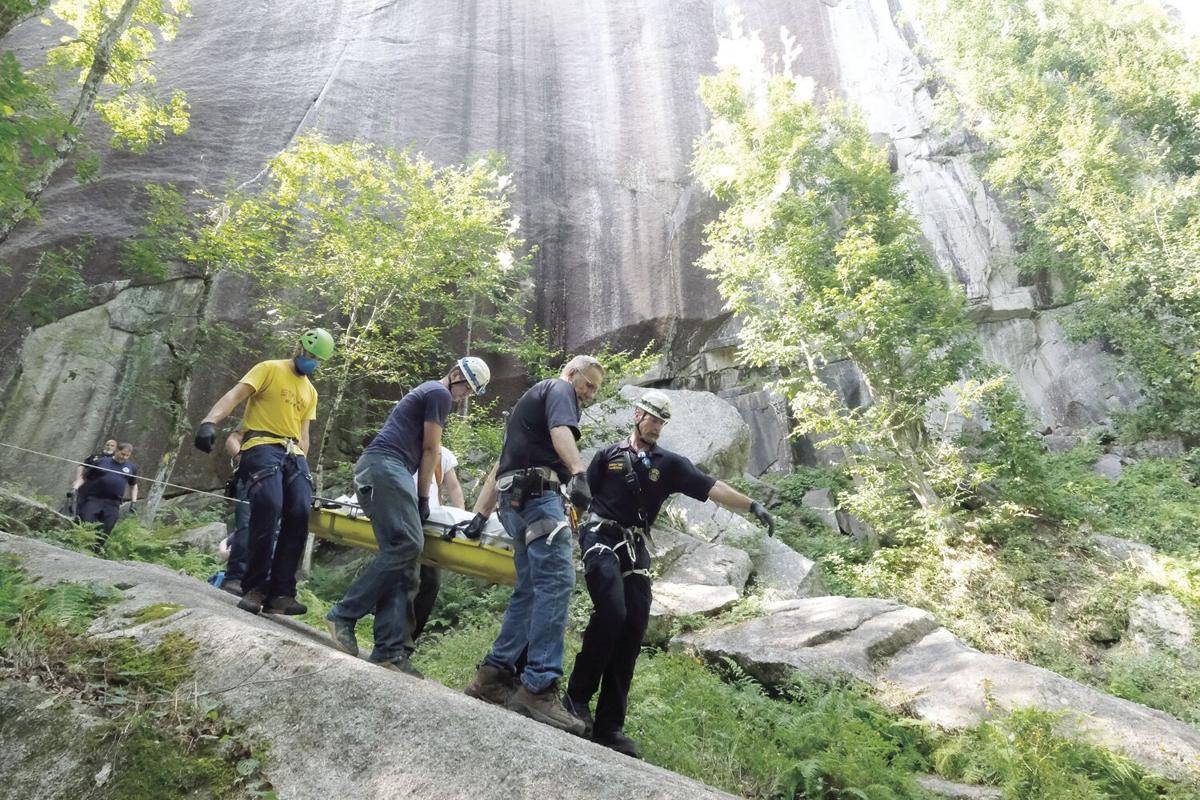 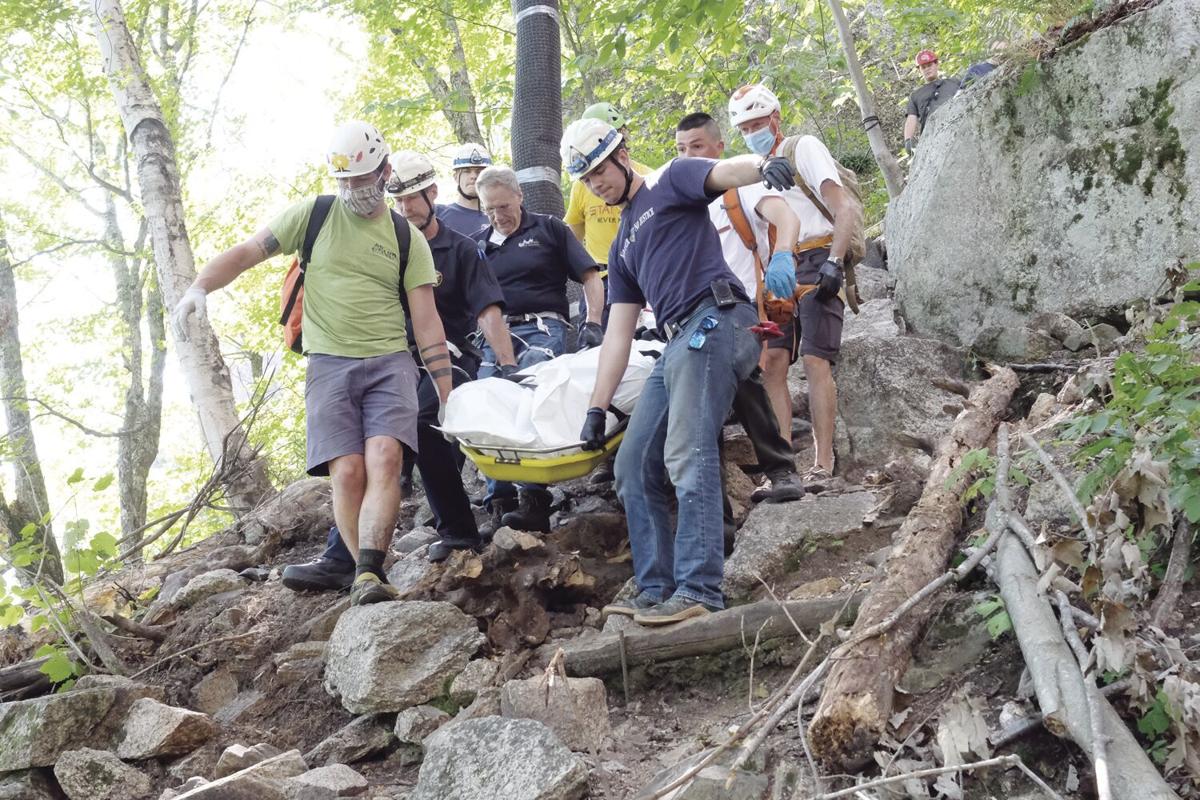 CONWAY — New Hampshire Fish and Game Department on Thursday was investigating the death of a man who apparently fell from Cathedral Ledge.

According to the Cathedral Ledge State Park website, “a mile-long auto road leads to the top of 700-foot Cathedral Ledge in Bartlett, where views across the Saco River Valley to the White Mountains can be enjoyed. The park can be also be accessed from hiking trails at Echo Lake State Park.

“Once on the top, a new accessible hiking trail leads to a view of the valley. Both Cathedral and nearby White Horse ledges are popular rock and ice climbing walls.”

Fish and Game Lt. Brad Morse said Carroll County Sheriff’s Dispatch reported that at around 10:30 a.m. Thursday, someone had fallen from Cathedral Ledge. The male subject was found deceased at the bottom, about 15 feet from the Thin Air Approach Trail, he said.

Among the responders, along with Fish and Game, were Mountain Rescue, Brewster Ambulance, Bartlett Fire, North Conway Fire, Bartlett Police and Conway Police. Ropes and carabiners were reportedly used to get the body down some steep terrain.

Morse declined to release information about the man. He said the trail was closed because it was undergoing maintenance at the time and that about five trail workers saw the man fall.

“The case is under investigation, and there are no further details available at this time,” said Morse.

Witnesses told the Sun that the man appeared to be middle-aged, perhaps in his late 40s.

Outdoor journalist/climber Josh Laskin of Bartlett was at the Ledge to interview Mike Morin, a local climber who is the Northeast director of the National Access Fund, an organization that advocates for good stewardship of and access to climbing areas.

Morin and a “team” of train maintainance workers were there building some steps at the base of the cliff.

“Basically, I was talking to him, and I heard a crashing sound, what sounded like some rock fall coming down the cliff and I looked up and thought I saw something coming through the trees,” said Laskin, who was about 100 feet away on terrain that slopes down.

Laskin said two of the men who were with the Access Fund yelled out for someone to call 911. Laskin said Morin called and they ran up there.

“And then we saw the body there,” said Laskin, adding that the fall took place from the Thin Air Face of the cliff, which he said is kind of in the middle, basically where the rainbow and Black Lives Matter protest flags were hanging during a demonstration there Saturday.

Asked if the man was climbing, Laskin said he didn’t think so, as the man was not wearing climbing shoes nor did he have ropes.

Laskin said he doesn’t know why the man fell but said, “We do not suspect he was climbing.”

Asked if the man could have been trying to copycat the protesters, Laskin noted that the man didn’t have a canoe or flags.

One man seen driving away from Cathedral Ledge stopped to talk briefly with the Sun and said he had captured the fall on video, which he provided to the authorities.

Anyone with information that could be helpful to the investigation is encouraged to call Fish and Game at (603) 271-3361.

I doubt if there is any connection or "copycat" in the incident at Cathedral Ledge but any and all questions asked may just be the one that can with this investigation. People need not be so sensitive.

It was wrong of the reporter to try to connect last weeks protest with this man's death.