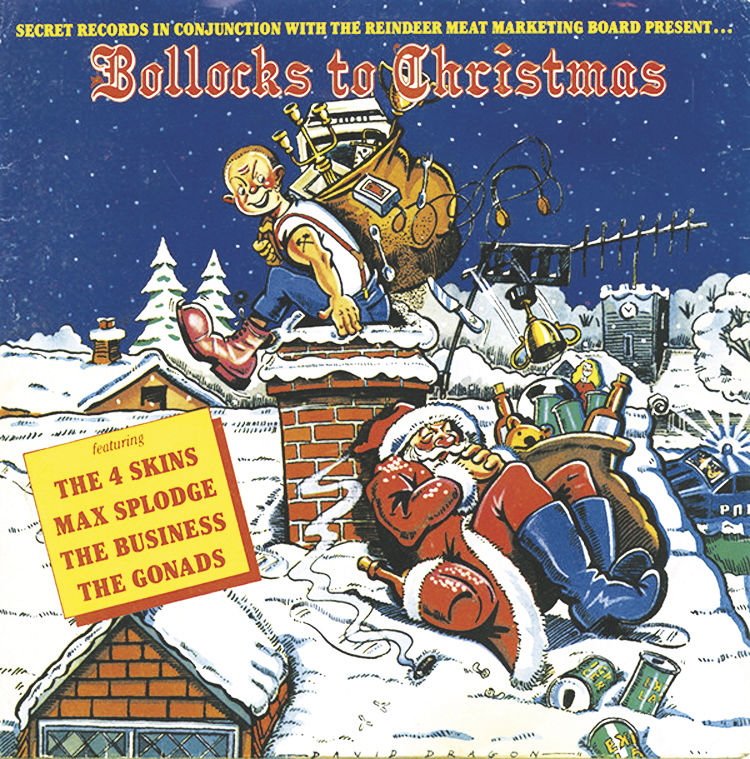 The Business’ cover of Elton John’s “Step into Christmas” appeared on the recording “Bollocks to Christmas.” (COURTESY PHOTO) 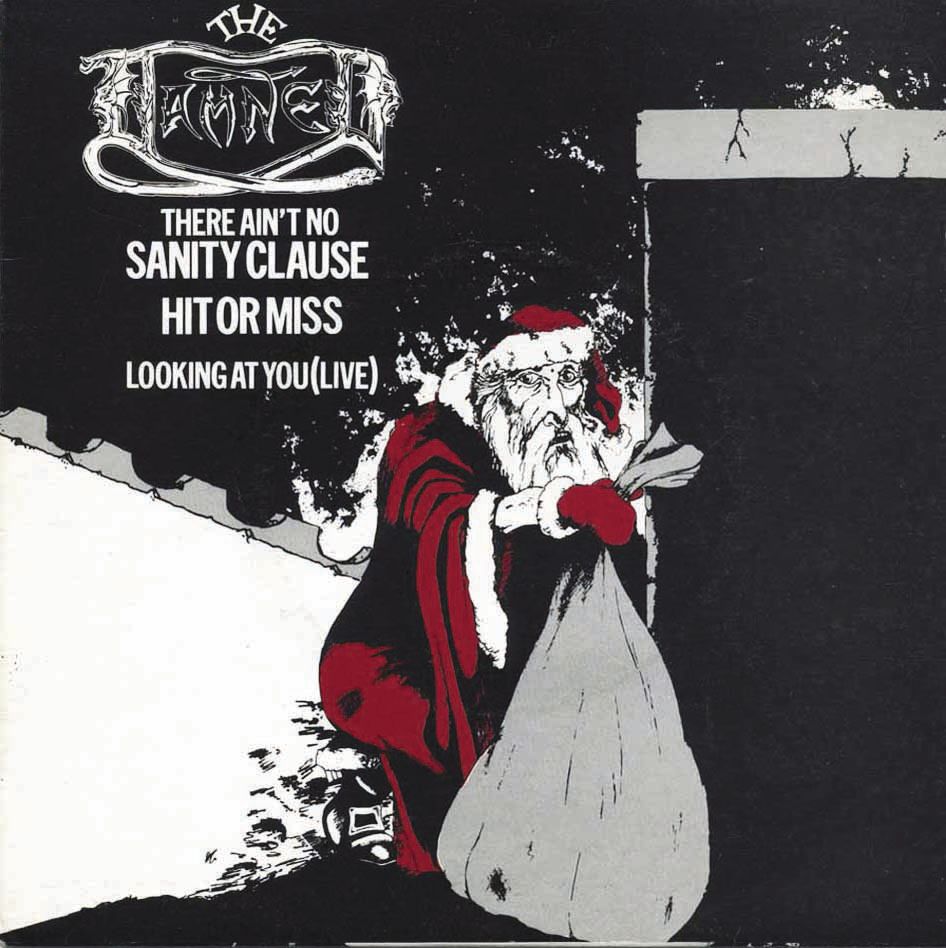 English punk band The Damned released the song “There Ain't No Sanity Clause” in 1980. (COURTESY PHOTO) 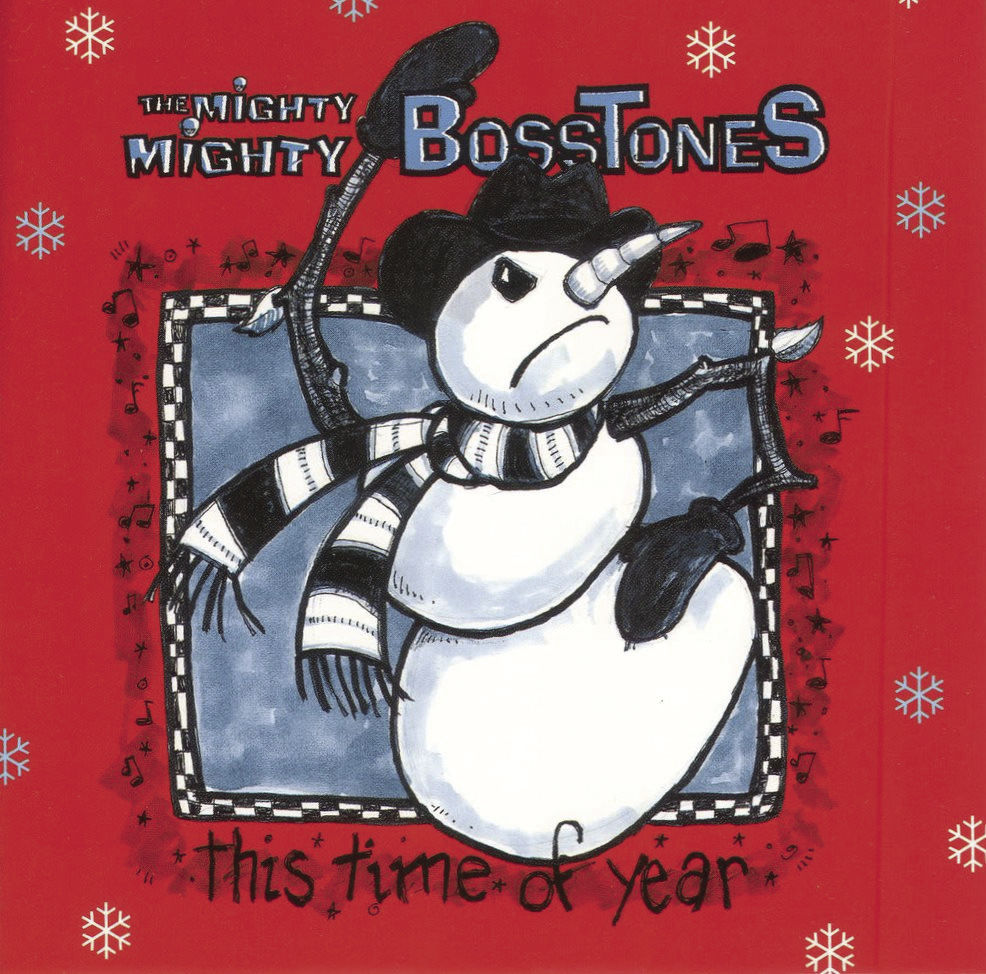 The Mighty Mighty Bosstones released "This Time of Year" in 2001. (COURTESY PHOTO)

Punk rock and Christmas oddly fit together surprisingly well. Whether it is a cover of a classic or an original song bemoaning the season, punk music is a perfect antidote for too much Christmas cheer.

Perhaps the genre speaks to all our inner repressed naughty sides desperately trying to breakthrough. Or maybe it is the rebellious, anti-authoritarian nature of the punk movement that calls out to those of us who are tired of having Christmas shoved down our throats. As someone who loves Christmas, even I can get sick of the holiday's omnipresence.

Here are some catchy punk songs that perfectly pay tribute to the frustrations of the season.

English punk band The Damned released this song just in time for the holiday season, but it failed to chart perhaps because no one wanted to have the Santa Claus bubble popped for the youngest yuletide revelers. The lyrics are barely intelligible, but it is the sing-along anthem-like chorus that brings this one home.

Clearly, English punk bands really had it out for Christmas in the early ’80s. Elton John's 1973 holiday classic "Step Into Christmas" gets rewritten and reworked into rollicking anti-Christmas anthem that is a welcome antidote for those overdosing on Christmas cheer. Some versions even go as far as to replace the phrase “step into Christmas” with “bollocks to Christmas.”

The Ramones were still kicking around in the late 1980s, cranking out three-chord ditties. Surprisingly, one of the best songs from this era is a Christmas song about the tensions of the season and the need for forgiveness.

These goofball pop/punk rockers wrote this anthem for all those who are driven up the wall by the holiday season. The song features bitter, but funny lyrics like: "It's time to be nice to the people you can't stand all year/I'm growing tired of all this Christmas cheer."

No Doubt recorded this cover of fellow Orange County band The Vandals’ “Oi to the World” for the Christmas compilation album “A Very Special Christmas 3.” The already fun song is elevated by Gwen Stefani’s vocals and the addition of the ska flavoring that No Doubt was known for early in their career.

The ska-punk band writes a song that reminds people of the true meaning of Christmas with lyrics like “The stores are packed/With stuff for us to by/The shelves are stacked/A mile high…/But let's get back/To what I love about this time of year.” It cuts through all the cynicism to capture the best feelings of the season.

Christian punk/pop band Relient K's do a fast, rocking cover of the novelty song “I'm Getting Nuttin' for Christmas.” The snarling attitude and crunching guitars suit lyrics like “I broke my bat on Johnny's head/Somebody snitched on me” quite well.

It was perhaps inevitable that there would be a zombie-themed Christmas song. Punk rockers MxPx present this bloody tale of Christmas carnage featuring the chorus: "Christmas night of the living dead/My face is green and the snow is red."

Boston’s beloved Celtic punk band offers up their take on the holiday season. The song gleefully embraces familial dysfunction and chaos with such lyrics like “My sisters are wack jobs, I wish I had none/Their husbands are losers and so are their sons.”

Retro Review: 'Trancers' should be a Christmas cult classic