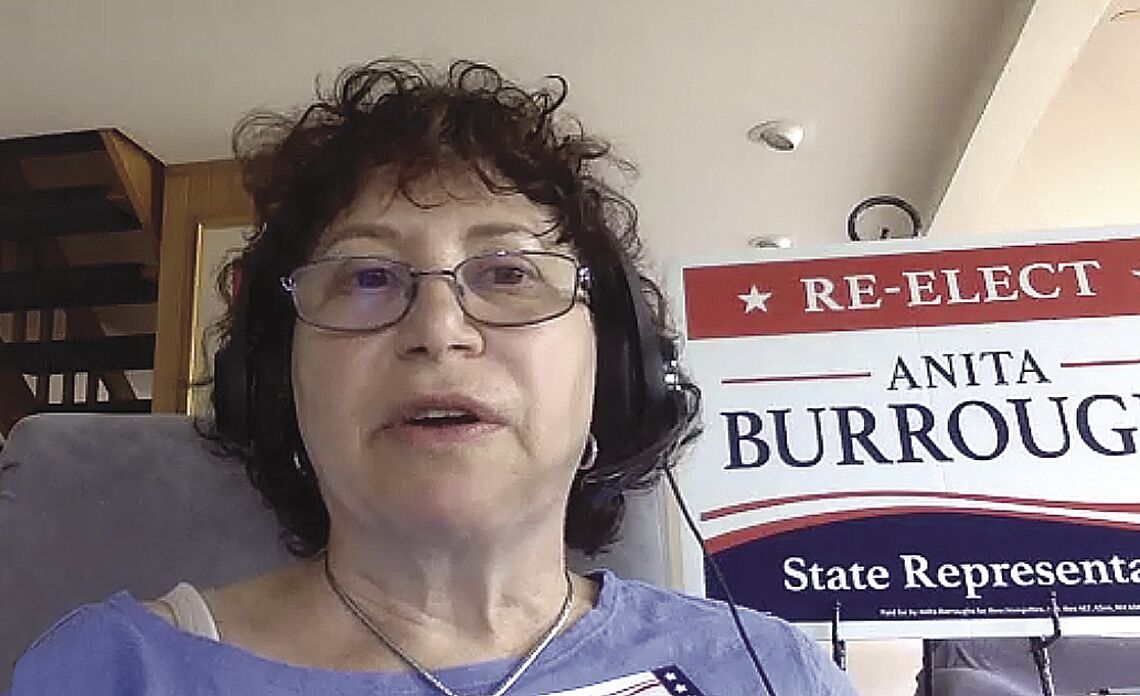 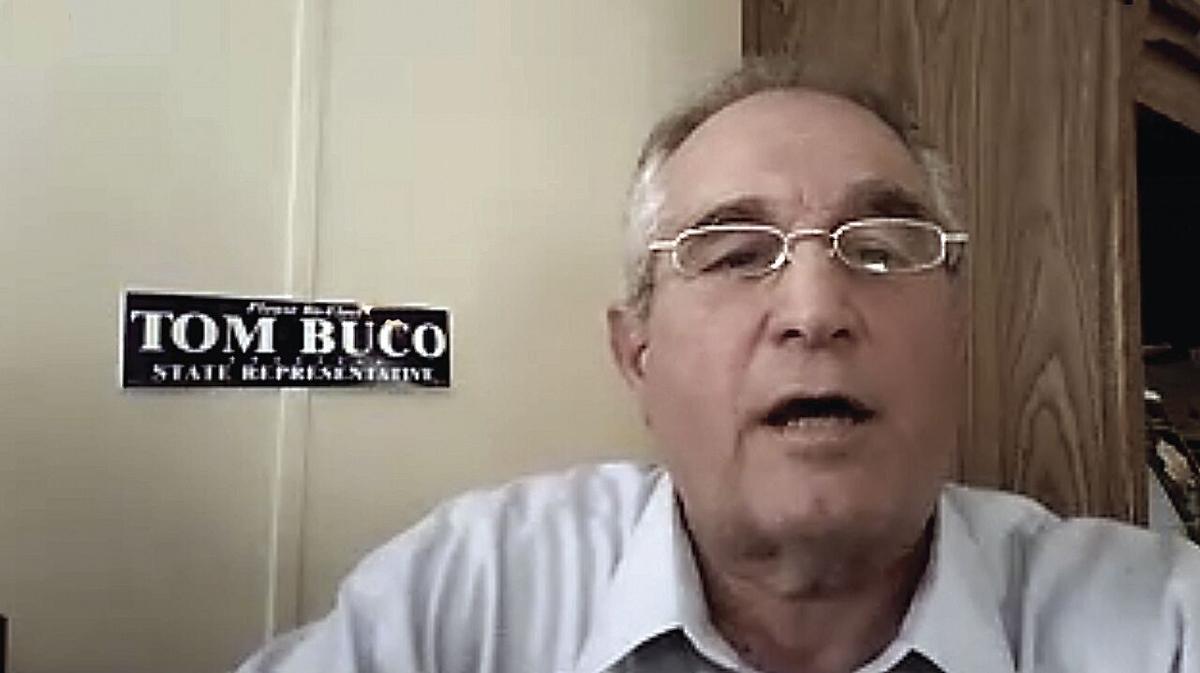 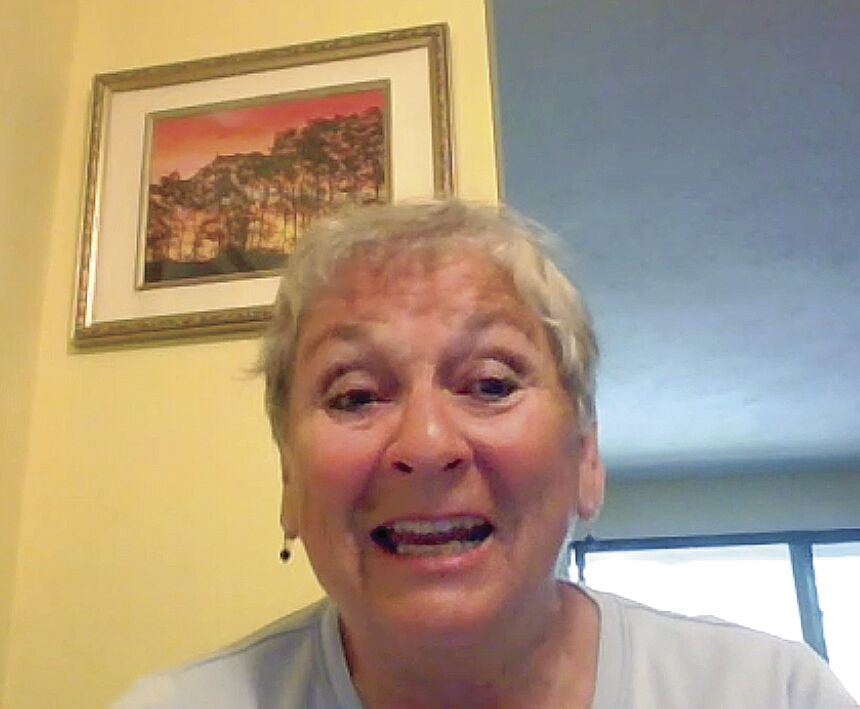 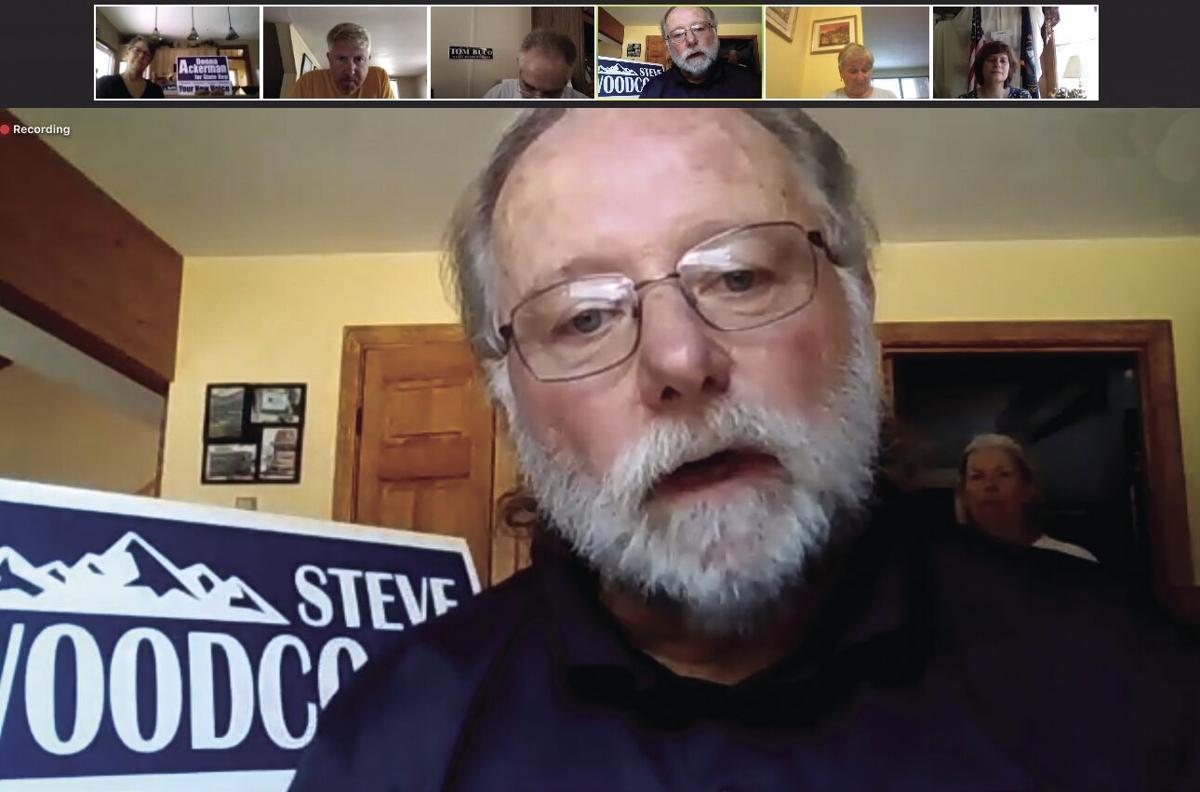 CONWAY — Democrats wanting to serve in state and county government made the most of their opportunity to introduce themselves to voters during the Gibson Center for Senior Services’ annual five-minute candidate forum on Tuesday afternoon. Due to the COVID-19 pandemic, it was the first opportunity for many of them to campaign.

The forum was held via Zoom over the internet because of the pandemic.

Theresa Swanick of Effingham, who is running for state Senate in District 3, challenging incumbent Jeb Bradley (R-Wolfeboro), said she voted for the GOP official in the past but believes he has changed.

“He used to be more of a centrist,” she said. “Unfortunately, a pivot to put party over hardworking people is not what’s best serving the people of this district.”

She talked about the pandemic, saying, “COVID for me is a sad but helpful lens through which to see what’s most needed for hardworking families.”

Swanick, who grew up in Wolfeboro, made a case for universal broadband access. “I think we need to go big on broadband and have rural broadband just like we had rural electrification in the ’30s,” she said. “The term ‘universal service’ was coined for a telephone communication service when it was thought that every household should have a telephone. I think every household should have broadband. I think it’s essential.”

Also taking part in the forum was District 1 State Rep. Anita Burroughs of Glen, who is running to retain her seat, covering Bartlett, Jackson and Hart’s Location.

“I believe that the system in the Legislature is broken at some level, because a lot of you may know that there was a vote to shut down the Legislature prematurely for political reasons, and we’ve got to fix that. We’ve got to work together,” Burroughs said. “I’m hopeful that after the election, no matter what the outcome is, that we can come back together and work more closely.”

While glad to see absentee ballots being allowed to be cast during the pandemic, Burroughs would like to expand on that.

“Something very important to seniors and to all of us is allowing voters to cast absentee ballots even beyond the COVID stage,” she said. “I’m hoping that becomes standard in the future. Right now we can vote absentee because of COVID, but not beyond that.”

“It’s been my honor to represent the people of Mount Washington Valley for the past 15 years. I love the job and I love the people,” he said.

He said: “My well-known practice of dealing with colleagues on a face-to-face basis will have to change now due to this virus pandemic, and I don’t know if I will be as effective as I have been in the past. But, I will do the best I can while practicing social-distancing.”

Leonard is making her debut on the state stage after serving on the municipal budget committee and as trustee for the Conway Public Library.

“I have the time and willingness to work hard for our district. And I suppose, most importantly, I believe that Concord needs to pay a little more attention to the northern half of the state,” she said. “I feel like Concord is almost totally focused on Concord south.”

“I live practically in the center of Conway, and my cell service is almost non-existent. That’s just not acceptable today,” she said.

Woodcock said he ran for the first time two years ago because there “wasn’t enough common sense happening” in the Legislature.

He has three goals as a legislator working for the Mount Washington Valley, he said. “One is my goal is to allow people to be able to work here. Secondly, be able to live here. And, thirdly, be able to retire here.”

He added: “A good number of the people that work in the valley do not have health care, they don’t have a proper wage and they work two or three jobs. It makes it extremely difficult. So we’ve been working on raising the minimum wage and also affordable health care for young families, as well as the elderly.”

State Reps. Jerry Knirk of Freedom and Susan Ticehurst of Tamworth are both running in District 3, which covers Albany, Freedom, Madison and Tamworth.

Knirk, a retired physician, has focused on health-care issues and policy as a rep.

“I’m running to continue my work on expanding affordable accessible quality health care for everyone in the state, to continue to advocate for improving public health, to fight for equitable school funding, to fight for free and fair elections and to protect our environment, including clean energy,” Knirk said. “Everyone should have an equal chance of success in New Hampshire without regard to their ZIP code, their wealth or their connections to power.”

He added: “COVID-19 has demonstrated well the significant deficits of our health-care system. We need a health-care system that will work for everyone because access to health care is a fundamental human right.”

Ticehurst said she continues to “work for fair, responsible and open government.

“To me, fair means treating all people with impartiality while recognizing that people in different circumstances may require different legislative solutions,” she said. “Responsible means considering the consequences for actions taken by the Legislature, including impacts on state, local and personal financial well-being, including impacts on personal freedoms, health and safety and stewardship of our environment for future generations.”

She added: “Open means following and defending the safeguards put into place to defend the public’s right to know what actions the government is taking on their behalf.”

“What I’m trying to do is get myself known in Carroll County,” he said, adding, “I really need some help in recognition.”

McAleer is concerned about education funding.

“My biggest concern is the way that we pay for education,” he said. “I believe we have in this state, probably, the most upside-down tax maybe in the whole country as the way we fund education.”

Pustell said: “County commissioner is kind of an interesting post politically, in that it’s basically being the supervisors, the managers of an organization that for the most part, get stuff done. We run the county courthouse, we run the sheriff’s department, the nursing home, the county jail and the farm. There is legislative stuff involved, but mostly for the commissioners, it is serving as a supervisor.”

He added, “I think it’s a good way to try and get my feet wet in local politics.”

“It’s a job that I know how to do and I did well,” he said. “I don’t think the current batch of commissioners that we have now have the qualifications to interview a chief financial officer. I’m not certain we need to spend another $100,000 a year. I think what we need to have are effective commissioners who know the job and know how to get it done.”

The Republicans are scheduled to take center stage on Aug. 18, from 1-3 p.m. via Zoom.

CONWAY — The Gibson Center for Senior Services went viral Tuesday, hosting the first of its annual five-minute candidate forums via Zoom over …