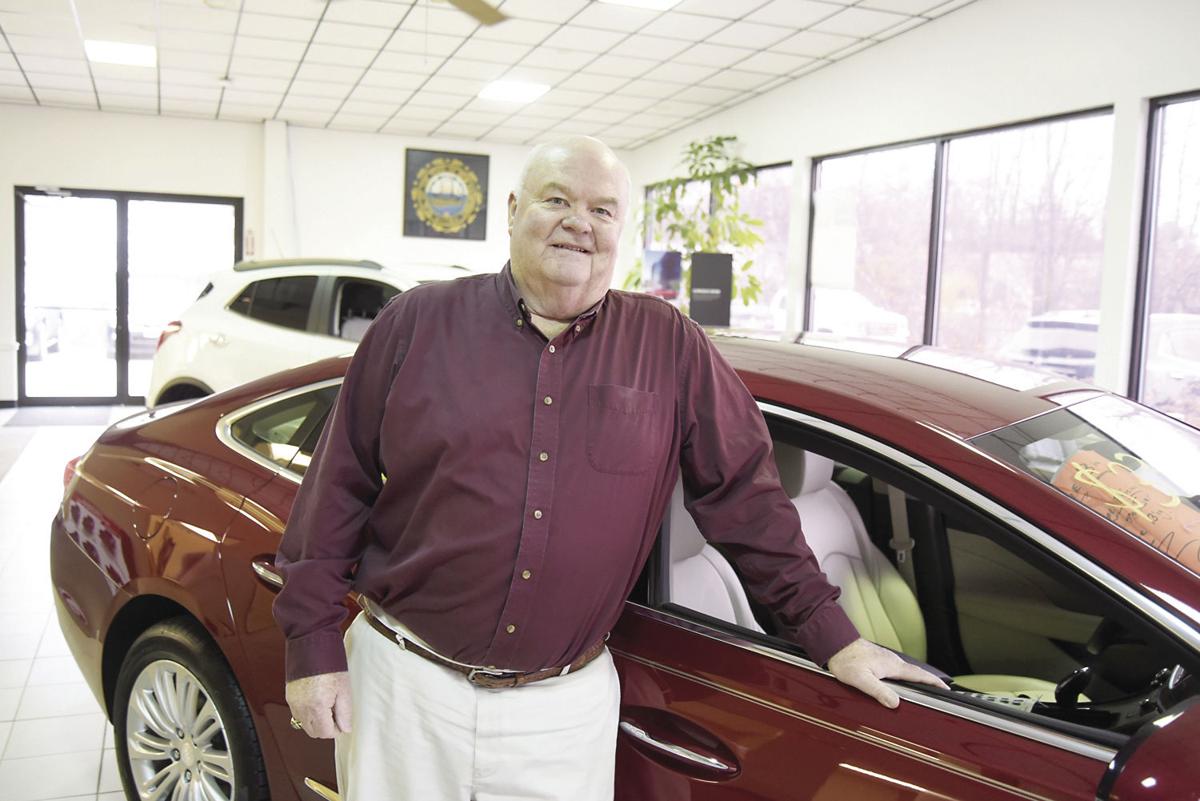 Ron Petell of Profile Motors stands by one of the cars in the showroom of his General Motors dealership in Conway Wednesday. (JAMIE GEMMITI PHOTO) 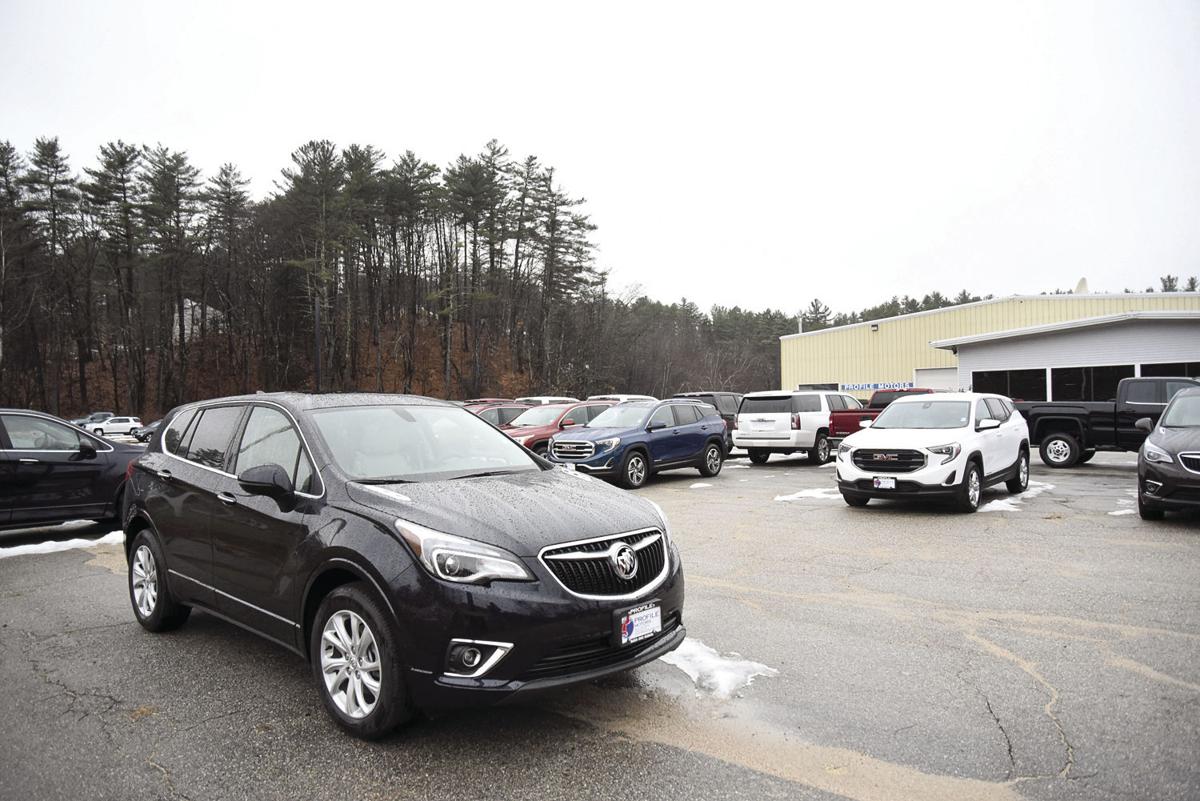 Profile Motors, Petell’s General Motors automobile and truck dealership is located at 38 Towle Road, near the junction of N.H. Routes 16 and 112 in Conway. (JAMIE GEMMITI PHOTO)

Ron Petell of Profile Motors stands by one of the cars in the showroom of his General Motors dealership in Conway Wednesday. (JAMIE GEMMITI PHOTO)

Profile Motors, Petell’s General Motors automobile and truck dealership is located at 38 Towle Road, near the junction of N.H. Routes 16 and 112 in Conway. (JAMIE GEMMITI PHOTO)

CONWAY — Conway entrepreneur Ron Petell is wheels-deep in vehicles, real estate, warehousing and storage businesses, but, at 72, he’s decided to tap the brakes a bit by shutting down one of his more visible retail ventures.

Profile Motors, Petell’s General Motors automobile and truck dealership at 38 Towle Road, near the junction of N.H. Routes 16 and 112 in Conway, is set to close its doors on Saturday.

The business is healthy and solvent, Petell said, but it’s time to take something off his plate.

“I’m really pulling my horns in now,” Petell said, noting that he has owned and run seven dealerships over the years.

He emphasized the closing of Profile Motors will not impact other Profile entities, including Profile Subaru, run by his son, Dale, 47, or Profile Powersports, run by his son, Mike, 43. Those dealerships are located about a mile south of Profile Motors on Route 16. “Not in the least,” he said. “Those will continue on. They’re growing like a weed.”

In addition, Profile Subaru will provide service for Profile Motors customers, though they won’t be able to provide warranty work.

Petell has been associated with GM for 51 years, getting his start selling trucks for the Patsy’s Companies in Concord in the late 1960s. He sold throughout New England, including the Mount Washington Valley.

“I went to work for Patsy’s as a salesman, and on the road selling,” he recalled.

“I had sold so many tucks up here, and they needed to be serviced,” he said of the motivation for starting that business.

Enamored of the area, he and his wife, Carlene, built a home and settled in Conway in 1974, along with elder son, Dale. “I loved the North Country,” Petell said.

Eventually, he applied for and received franchises for GM’s Pontiac, Buick, Cadillac and GMC Truck lines.

Petell established the Profile Motors dealership in 1984, and celebrated a grand opening at the Towle Road location in October 1985. (“A New Day is Dawning in Transportation,” proclaims a framed, full-page advertisement from the Oct. 2, 1985, edition of The (North Conway) Reporter, heralding the coming opening that was seen hanging on the wall of Petell’s office.)

Petell still operates the Profile State Line Superstore in Lebanon, Maine, with Alosa. The sprawling dealership specializes in motorhomes and recreational vehicles, including the iconic Airstream brand of travel trailers.

The Profile Motors closing will impact “about a dozen” employees but, “The majority of them are going to stay with the company and move into different locations.”

He said GM will disperse the dealership’s new-vehicle inventory and most of the used-car inventory will be transferred to the Subaru dealership.

He said he’s received expressions of interest in the Profile Motors building but it’s not clear what its fate will be at this point.

“In some ways, I feel like I’m letting down some customers but everything comes to an end. There’s a time for everything,” he said of closing the dealership.

Reflecting on his years in the business, Petell expressed gratitude for his family, friends, business associates and customers.

“I have been extremely blessed. I married probably the best woman in the whole world,” he said of Carlene. “We just celebrated our 50th anniversary last month.”

He also praised his two sons, friend and business partner, Alosa, and said he has been “blessed with some great employees and great customers.”

“I would like to mention my folks. I was fortunate there,” Petell said, thanking his mother, Thelma, 94, and his late father, Arthur, known, affectionately, as Sparky and Buster. “They were certainly an influence on me growing up.”

So, what has he learned over the years? “Do the best you can for your employees and your customers and you’ll be rewarded for it,” Petell said. “Integrity is very, very important today.”

While Petell may be slowing down a bit, he’s not calling it quits on everything. He considers this new stage semi-retirement.

He expects to occupy an office down the road at either Profile Subaru or Profile Powersports as he tends to his other business pursuits.

And, because he’ll be freed up from the day-to-day at the Conway dealership, he said, “If I feel like I want to go to Las Vegas, I’m going to go.”