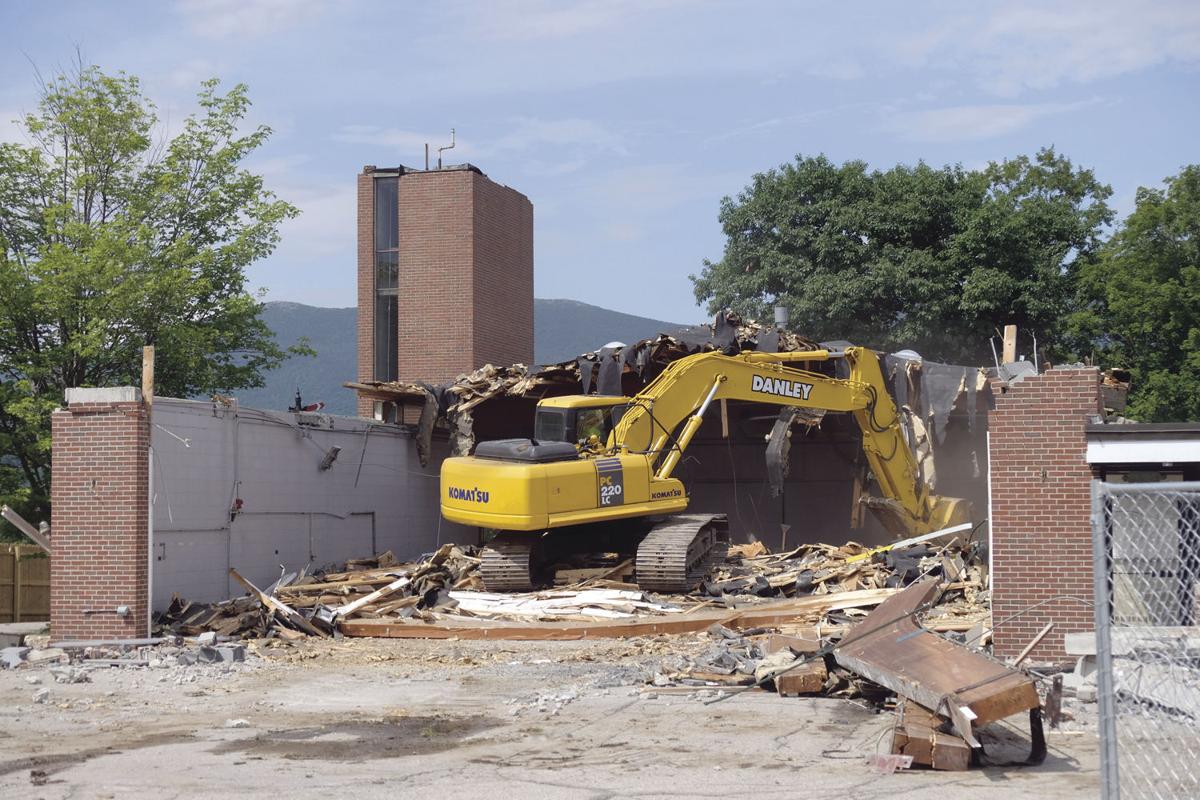 An excavator from Danley Demolition out of Belmont, makes short work of taking down the old North Conway Fire Station on Monday. (JAMIE GEMMITI PHOTO) 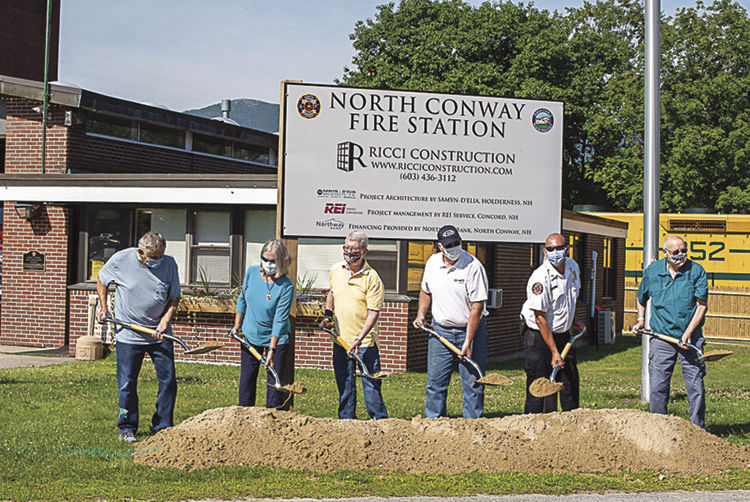 An excavator from Danley Demolition out of Belmont, makes short work of taking down the old North Conway Fire Station on Monday. (JAMIE GEMMITI PHOTO)

CONWAY — The 59-year-old North Conway Fire Station was demolished Monday to make way for the new $6.7 million station that North Conway Water Precinct voters approved at the precinct's annual meeting last month by a vote of 45-3.

Project Superintendent Robert Silva of Ricci Construction of Portsmouth said Monday, "We are very proud to be a part of this project. It's going to be steel, brick and granite, and it will be a very beautiful building in what is a beautiful town."

Silva said plans have been worked out over the past several months with all parties involved to lessen the impact of the project on busy Norcross Circle, which is located between the North Conway Country Club and the Conway Scenic Railroad station in the heart of the village.

About 30 people were on site Monday for the demolition, which involved taking down much of the building by using two Komatsu excavators, he said.

"We don't use a wrecking ball in a close situation like this as a wrecking ball is not as easy to control," said Silva, noting the excavators "are easier to move around and are more efficient."

Construction is scheduled to start July 20, with a targeted completion date of June 2021.

"We'll have a crew of about 12 on site, including truck drivers and operators," Silva said.

He said efforts are being made to salvage as much of the existing station's brick and other materials as possible.

"We're working with (Fire) Chief (Pat) Preece on that," he said.

In remarks at the ceremony, Nelson thanked the voters for their support and  committee, which spent 18 months on the revised effort to look into a new station that had begun in 2009.

“Once upon a time a long, long time ago,” said Nelson, “the North Conway firefighters had a vision for new fire station, and they worked on it in bits and pieces for a very long time. But they never lost their vision, and a year and a half ago, we formed a formal committee, and their work has been outstanding."

Preece said the new building will be dedicated to the safety of firefighters, giving them such amenities as showers and laundry facilities.

“This will be a healthy building, designed with those needs at the forefront,” said Preece.

While the new station will be built on the site of the old one, its footprint will be extended further north.

The fire tower will be located on the northeast corner, thus not blocking the view to the north of Mount Washington to those dining outside on the North Conway Country Club deck.

During the build, the fire department will house equipment and dispatch personnel out of its Seavey Street garage and also store equipment at a rental facility at 690 East Conway Road, Preece said.

Fire station officials presented an overview of the project to members of the Conway Planning Board at their meeting last Thursday night, where it was well-received, according to selectmen's representative Steve Porter.

"As a government entity, they do not have to go through site-plan review, so their coming was just a courtesy," Porter said after the meeting.