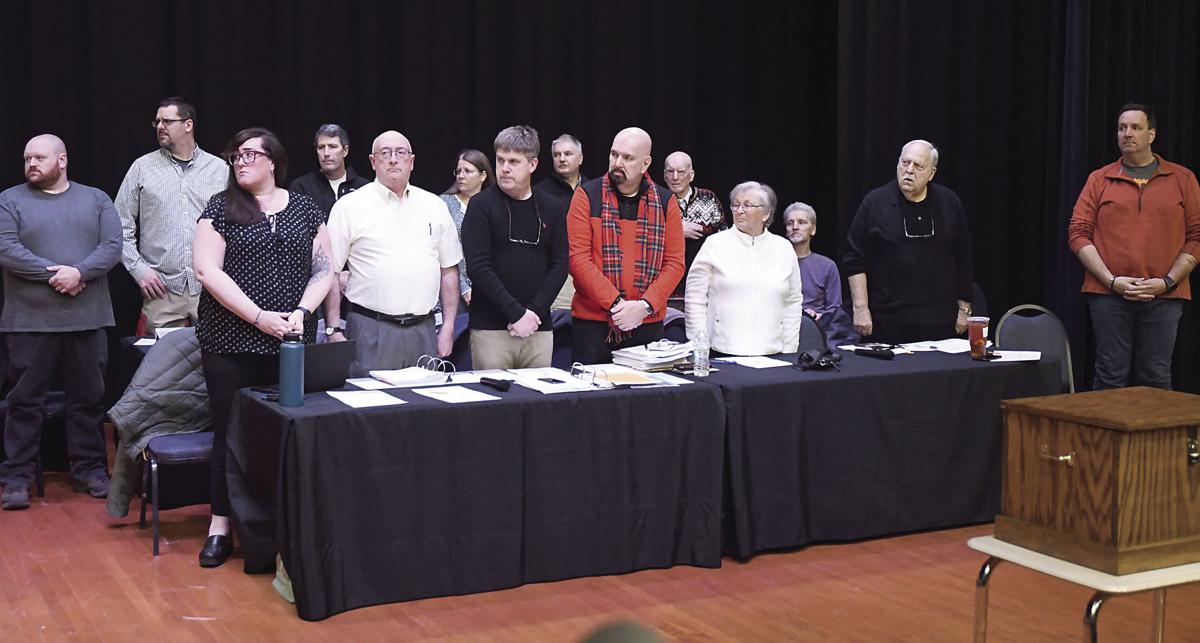 Members of the Conway Municipal Budget Committee rise for the salute to the flag during the deliberative portion of the Conway School Meeting in the Loynd Auditorium at Kennett High School on March 2. (LLOYD JONES PHOTO) 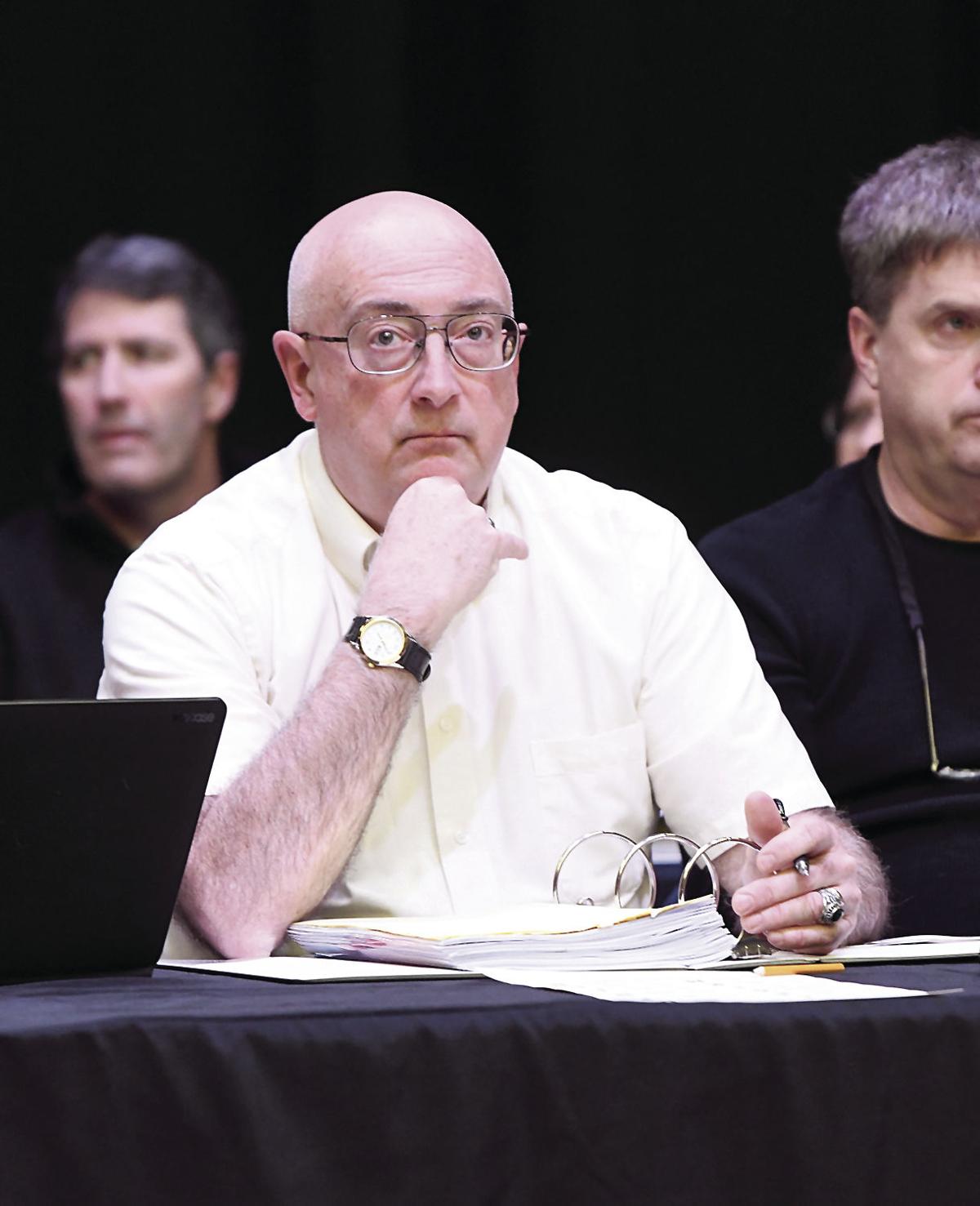 Jim LeFebvre, chair of the Conway Municipal Budget Committee, said the budgeteers are unable to meet due to Gov. Chris Sununu's request that groups over 10 people not congregate. (LLOYD JONES PHOTO)

Members of the Conway Municipal Budget Committee rise for the salute to the flag during the deliberative portion of the Conway School Meeting in the Loynd Auditorium at Kennett High School on March 2. (LLOYD JONES PHOTO)

Jim LeFebvre, chair of the Conway Municipal Budget Committee, said the budgeteers are unable to meet due to Gov. Chris Sununu's request that groups over 10 people not congregate. (LLOYD JONES PHOTO)

CONWAY — “We won’t be meeting for the foreseeable future because we’re too big of a group,” Jim LeFebvre, chair of the Conway Municipal Budget Committee, said last Wednesday after canceling a meeting set for that evening for the budgeteers.

On March 16, Gov. Chris Sununu issued an executive order that limits gatherings to no more than 10 people due to the COVID-19 virus. He said people need to make smart decisions, stay home and practice social distancing.

Although other bodies, such as the town selectmen and school board, have been meeting remotely using laptops and smartphone apps, LeFebvre said trying a remote conference call or setting up a Zoom internet chat wasn’t a realistic idea, as some members of the committee do not have access to the internet.

The budget committee, when all seats are filled, contains 17 members — 12 positions voted in by the public; three precinct representatives (East Conway Fire, Center Conway Fire and Redstone Fire), along with a selectmen’s representative and a representative from the Conway School Board.

“To try to trim this group down to 10, we felt it was best to forget about it for the time being,” Lefebvre said by phone.

That was but one hurdle the budgeteers faced.

“Town hall is closed, so we can’t meet there,” LeFebvre said. “The third strike was when I learned that SAU 9 is only allowing school officials to use the Professional Development Center (located at the Kennett Middle School). That was probably the kill shot.

“As of right now,” he said, “we’re tentatively scheduling a meeting for May 13. It will be a split meeting, provided the April 14 elections take place as planned. The first half of the meeting will be with the current board to clean up some old stuff, and then we’ll have a reorganization meeting after that with the new committee in place.”

Four three-year seats are opening on the committee with six people running. Incumbents LeFebvre and David Jensen re-upped, while fellow incumbents Terry McCarthy and Ted Sares will see their term expire in April.

LeFebvre, 66, and Jensen, 56, the current vice-chair of the budgeteers, will be joined on the ballot by former committee members Peter Donahoe, 55, and Robert Drinkhall, 71, while former Bartlett School Moderator and Carroll County Democratic Party Chairman Erik Corbett, 40, threw his hat into the ring and Michael Tetreault, 33, the current Redstone Fire Precinct representative, is giving up that seat to run for one of the 12 at-large seats.

Seats as the precinct representatives are all one-year terms.

“Mike could always slip back into the Redstone seat were he not elected, but he feels he’s ready to take on a larger role,” LeFebvre said.

LeFebvre has been following what’s going on under the golden dome in Concord where House Bill 1260 may be thrown a life preserver by some state reps.

“Right now it’s status is ‘inexpedient to legislate,’ which means the policy committee thinks the bill should die,” said LeFebvre, “but there are some who are pushing for it.”

If the bill were to move forward and ultimately be approved, LeFebvre said that would mean the five at-large committee members (the three precinct reps and reps for the school and town) would not cast votes.”

He added: “That would leave us with 12 voting members, and if we were to have a 6-6 vote, I would not vote as the chairman. I think that would be the only fair thing to do. I’m hopeful that the bill will not see the floor.”