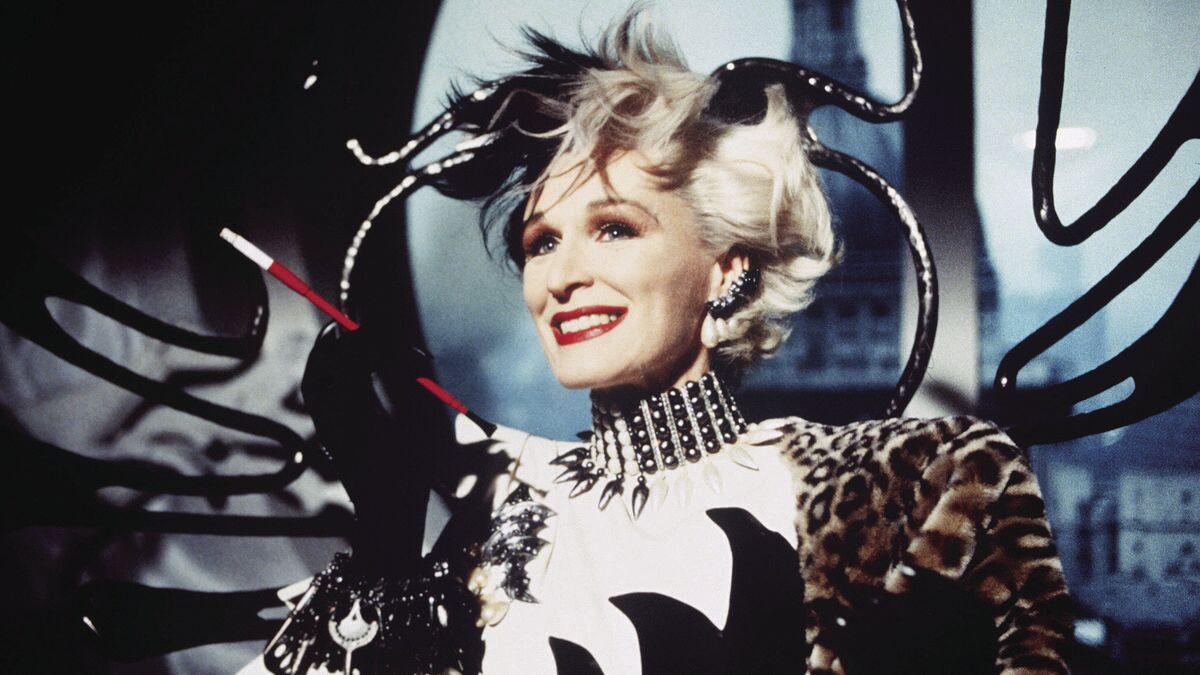 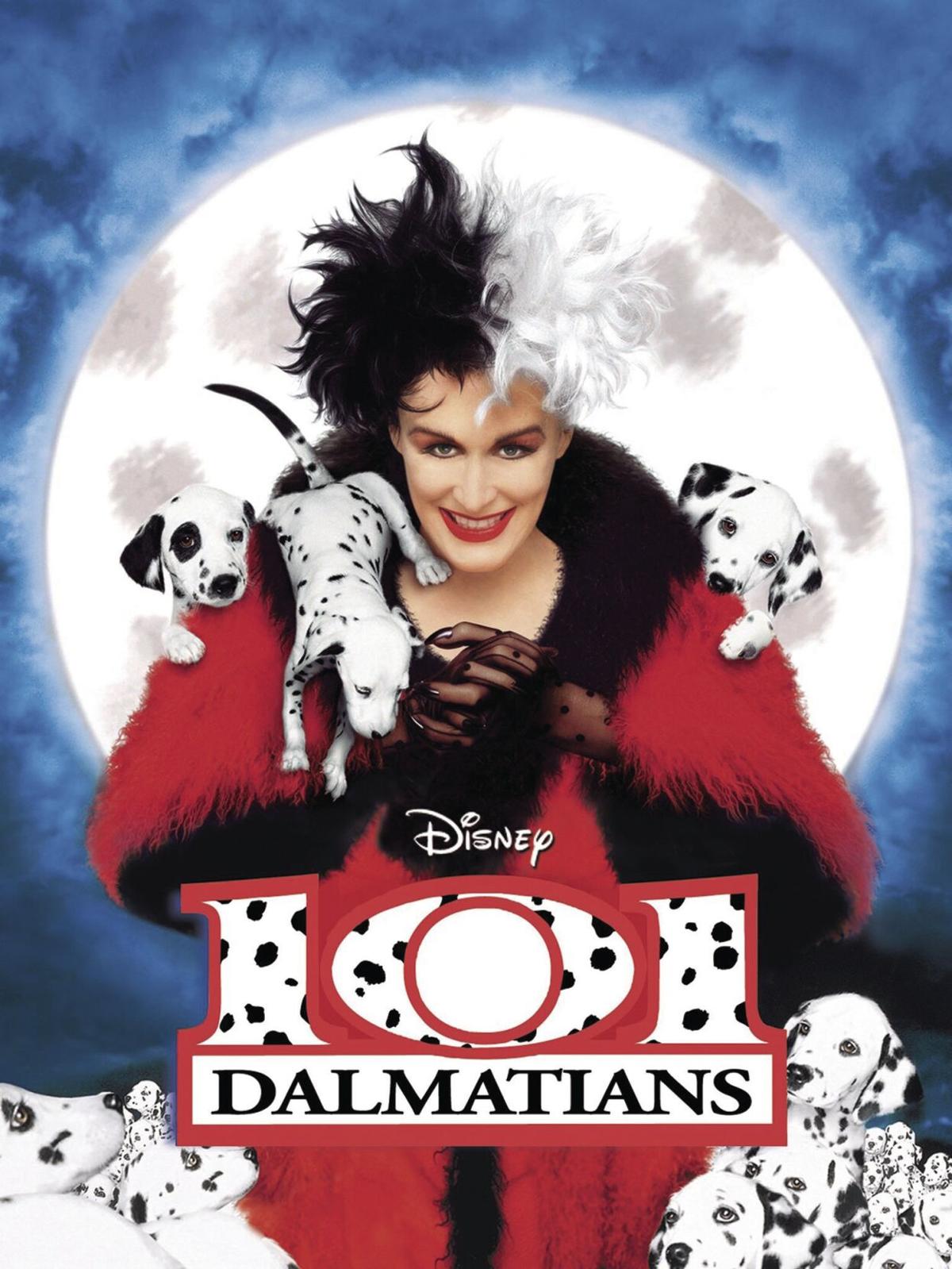 With the release of “Cruella,” Disney’s live-action reimagining of the origins of the fur-obsessed fashionista, let’s take a look back at the first live-action take of Cruella De Vil in 1996’s “101 Dalmatians.”

As with the 1961 animated version, “101 Dalmatians” was based on a novel by Dodie Smith. The 1996 adaptation was written by John Hughes well into the post-“Home Alone” phase of his career in which he almost exclusively wrote slapstick family films. Most of his output during this period were adaptations or remakes, including “Dennis the Menace,” “Miracle on 34th Street” and “Flubber.”

With the exception of “Miracle on 34th Street,” all these films have climaxes that incorporate “Home Alone”-style slapstick violence. Hughes, who had become increasingly disillusioned with Hollywood, struck upon a formula that he could churn out comfortably from his home in Chicago.

The Hughes formula was copied throughout the 1990s with the vast majority of live action family fare taking the form of comedies full of pratfalls and adults getting bludgeoned by children. “101 Dalmatians” is typical of this template with dogs and other animals standing in for children. On that level, the film does little to differentiate itself from the pack. But the film has one massive asset: Glenn Close.

Close’s performance as Cruella is hugely memorable. She is garish, boisterous and campy in all the best ways possible and has the flamboyant wardrobe (designed by Rosemary Burrows and Anthony Powell) to match it. Close is the perfect embodiment of a live-action cartoon character complete with a killer evil laugh, an intimidating stare and a penchant for over-the-top outbursts.

The cast also includes Jeff Daniels and Joely Richardson as Roger and Anita, the owners of Pongo and Perdy, the parents of 15 of the Dalmatian puppies Cruella sets her eyes on. Daniels and Richardson have a fun meet-cute involving a bike chase, but once they serve the purpose of the plot, they largely disappear.

Roger is a video game programmer (instead of a songwriter like in the original), which leads to a fun inside joke in which the game he is developing features dalmatians in the style of the 1961 animated version.

Anita works with Cruella as a fellow fashion designer, so there are some wonderful scenes between Richardson and Close that mirror the dynamic that later appeared in “The Devil Wears Prada.”

Close shines brightest in these early scenes in the offices of her fashion empire barking orders at her sniveling assistant, Frederick (Hugh Fraser). At one point, she asks him “What kind of sycophant are you?” He replies, “Uh, what kind of sycophant would you like me to be?”

That is a pretty sophisticated joke for a G-rated family film, and certainly one that would go over the heads of kids. Unfortunately, it is the only joke that plays directly to adults. Hughes’ screenplay would have benefited from more of that sort of wit.

Instead, we get a climax in which Cruella is kicked into both a vat of molasses AND a pile of mud. It also goes without saying, she will be sprayed by a skunk, and we will get a shot of the butthole.

It isn’t that a character that wants to kill and skin puppies to make a fur coat shouldn’t be at the receiving end of this sort of mayhem, it is just stale and predictable. Honestly, a villain this good deserves better.

Most of the final third of the film is centered around Cruella’s bumbling lackeys Jasper (Hugh Laurie) and Horace (Mark Williams) being taken down by the entire animal kingdom for kidnapping 99 puppies.

As with the slapstick centered around Cruella, it is flat, unimaginative and never builds any comedic energy. Younger kids will likely eat it up, but older kids and adults will be bored.

While Laurie is largely wasted, there’s at least one classic Laurie line reading when Horace asks Jasper if he heard a sound: “Oh yeah. Yeah, it sounds like an irritating Berk asking me so many irritating questions. Oh good, it has stopped now.”

The film was the last film Stephen Herek directed for Disney after being one of their most reliable directors of the 1990s with his work including “The Mighty Ducks,” “The Three Musketeers” and “Mr. Holland's Opus.”

Herek is a better director than a lot of the filmmakers helming these sort of '90s comedies. There’s a good sense of atmosphere and some interesting angles and perspectives.

"101 Dalmatians" is available on Disney+.

With “Cruella” and the new “Loki” limited series, the first episode of which debuted Wednesday on Disney+ and runs for six weeks, Disney is ex…