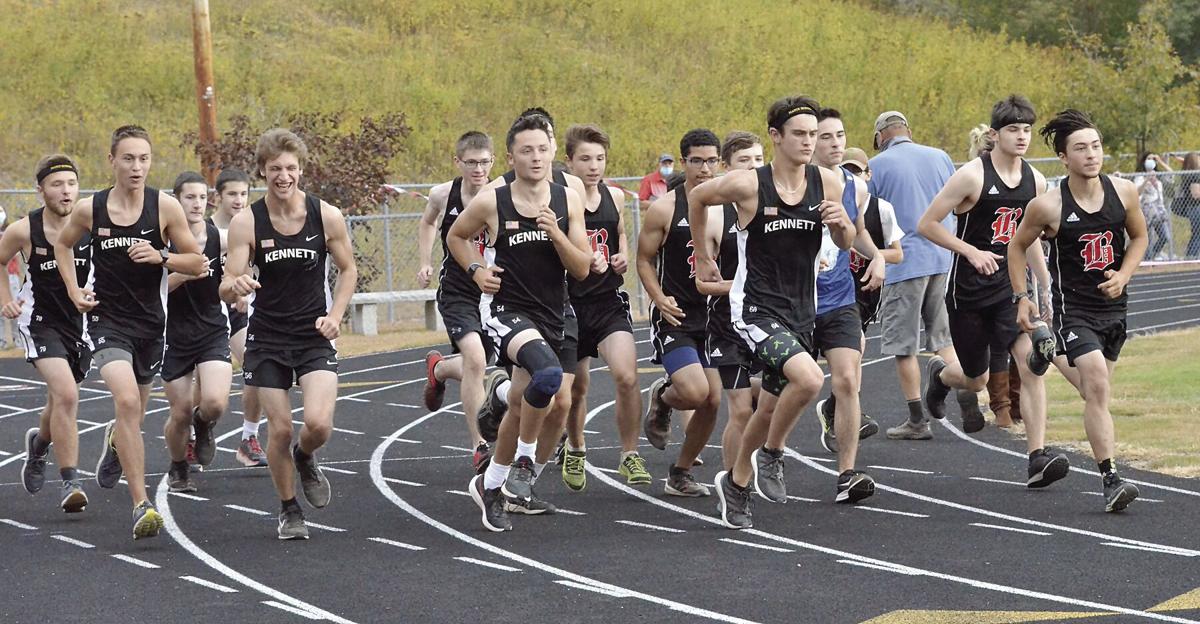 Runners for the Kennett and Berlin High boys' cross-country running teams leave the start are of Friday's 5K race, which was the season-opener for both schools. Berlin took team honors 25-30. (LISA EASTWOOD PHOTO) 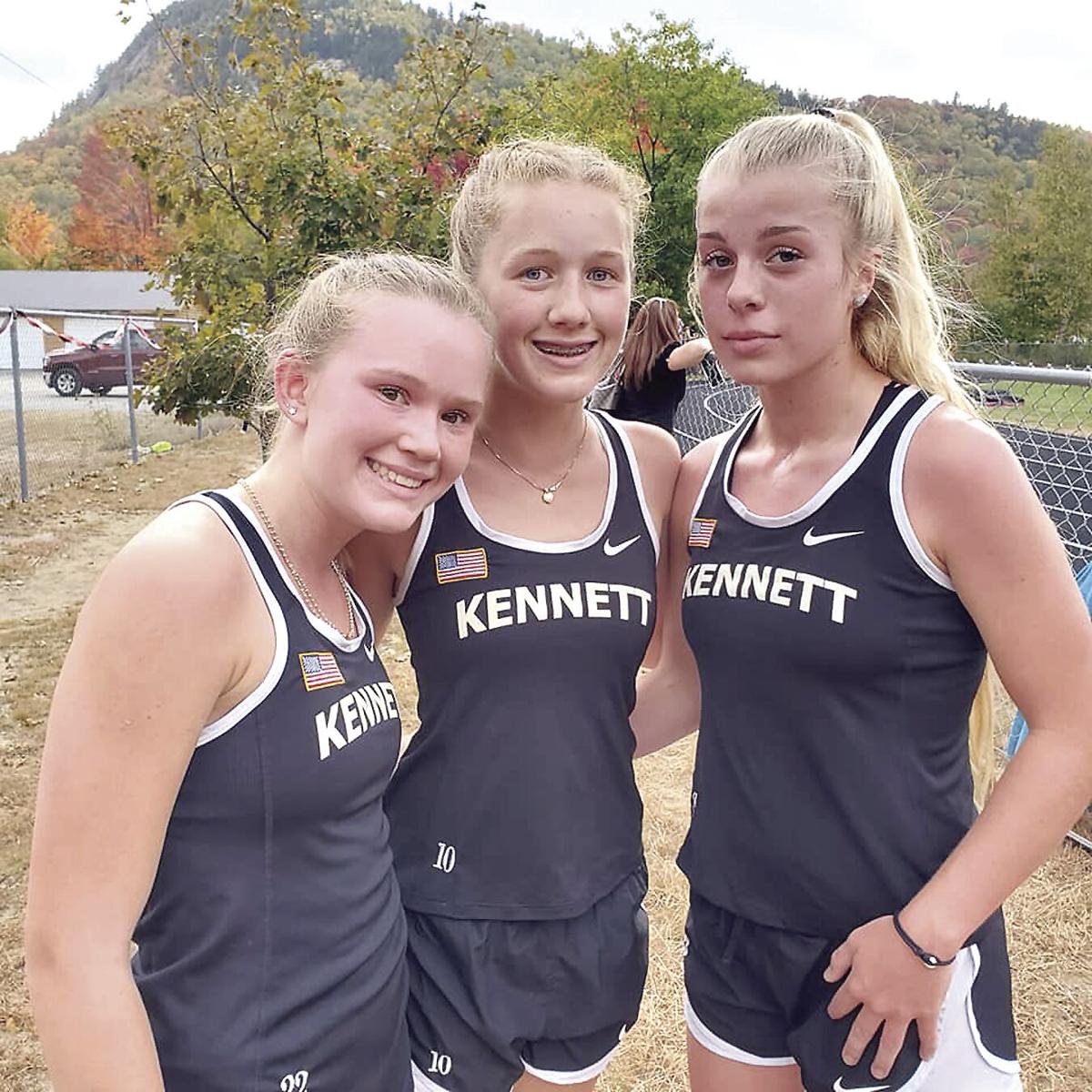 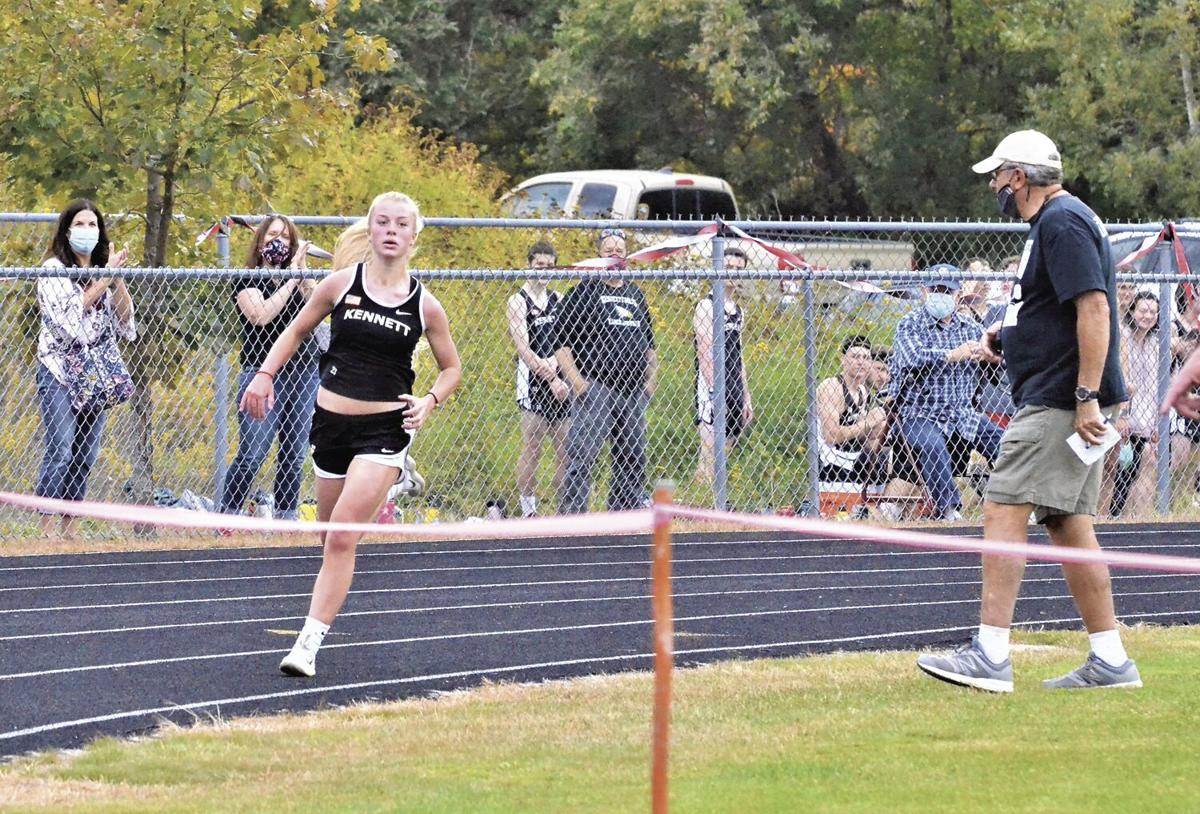 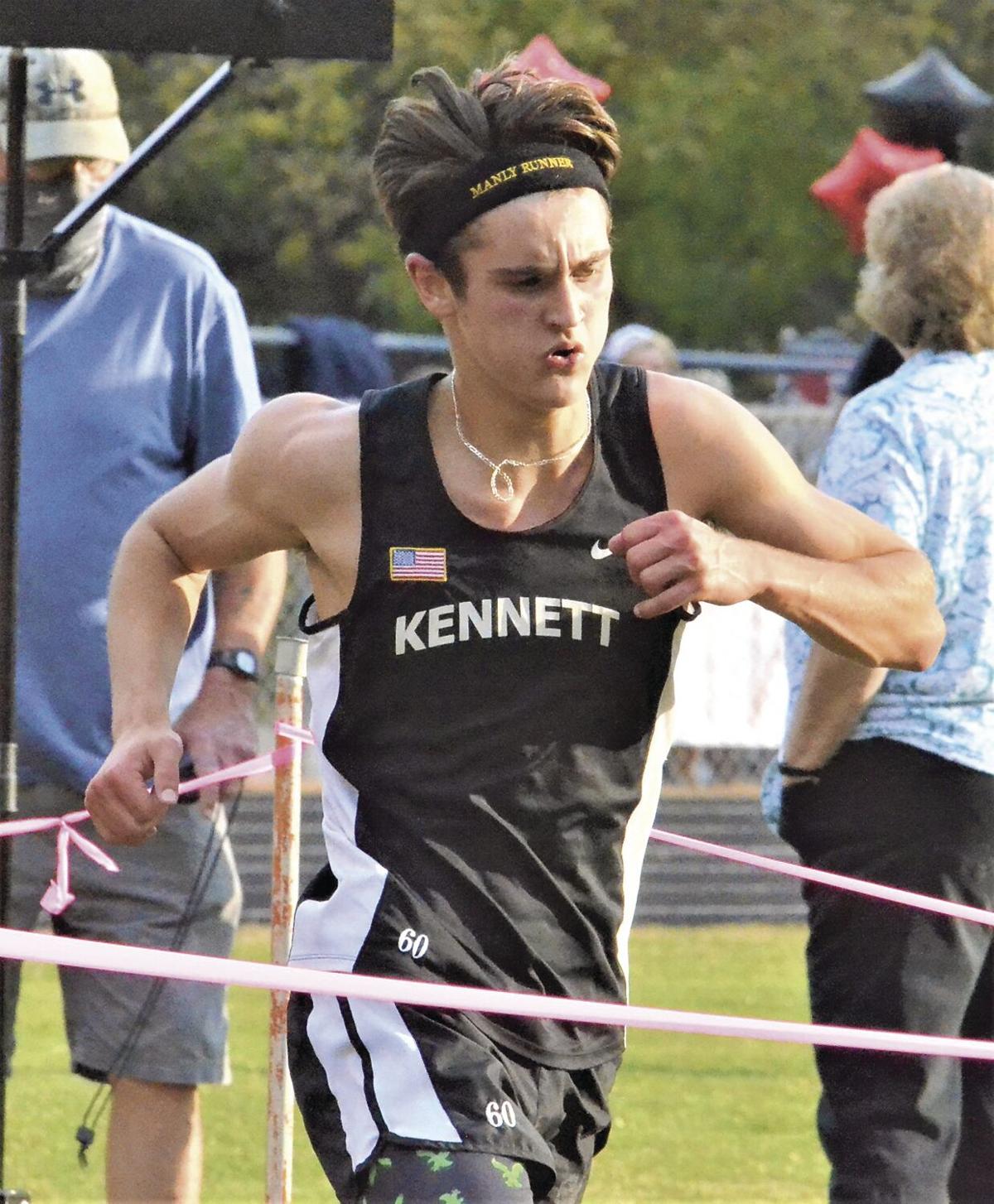 Runners for the Kennett and Berlin High boys' cross-country running teams leave the start are of Friday's 5K race, which was the season-opener for both schools. Berlin took team honors 25-30. (LISA EASTWOOD PHOTO)

CONWAY — The Kennett High boys’ and girls’ cross-country teams laced up their running shoes for the first meet of the season on Friday with a trek to Berlin High to run head-to-head against the Mountaineers. The Berlin boys took top honors on the day, while the girls from Conway left town with bragging rights with a team win.

It was the first time the Eagles have run on Berlin’s course in 20 years as the schools usually face each other as part of a larger field at the annual Paul Letarte Memorial Race at Great Glen Trails every September, but that race was canceled this year due to the COVID-19 pandemic.

“It was a tough course,” said Bernie Livingston, Eagles’ head coach. “There were some challenging sections which made for slow times. I think everyone will probably run at least a minute faster at our meet on Saturday.”

Kennett is scheduled to host Berlin, Kingswood and Plymouth this Saturday at 2 p.m. on its home course at the Kennett Middle School.

“Our course is relatively flat, and should be the fastest course we run on during the regular season,” Livingston said.

At Berlin, the host boys won the meet scoring 25 points, while the Eagles scored 30.

“They lost their top runner from last year but have their next six all back,” said Livingston. “I think they’re a good team. We were closer than I thought we’d be. It’s tough when you only have teams running against each other. I like to have at least three because it makes it more interesting in my opinion.”

For the girls, Berlin was unable to field a team in order to post a team score, but the KHS girls scored 19 points overall for the win. The Eagles swept the top 3 spots with junior Amy Burton winning the race in 22:57, followed by fellow junior Grace Perley, second, 23:05; and Kaylee McLellan, who is the lone Eagle other than coaches Eileen and Bernie Livingston not to have missed a practice, including the three-week optional stretch in August, was third, 23:28.

On Saturday, the varsity girls (top 7 for each team) will open the racing at 2 p.m., followed by the varsity boys and then a combined junior varsity field will run.

Due to COVID-19, there will be no post-race awards for gathering for refreshments.

“There are some small inconveniences but it sure beats the alternative of nothing,” Livingston said. “Things aren’t back to normal but they are better than they were.”

For Livingston, who coaches outdoor and indoor track at Kennett, this was his first race since February since there were no spring sports due to the virus.

“It was so good to be able to compete,” he said. “Seeing people back together again enjoying what sports can deliver. We feel really fortunate to be able to do this. No one is taking anything for granted.”