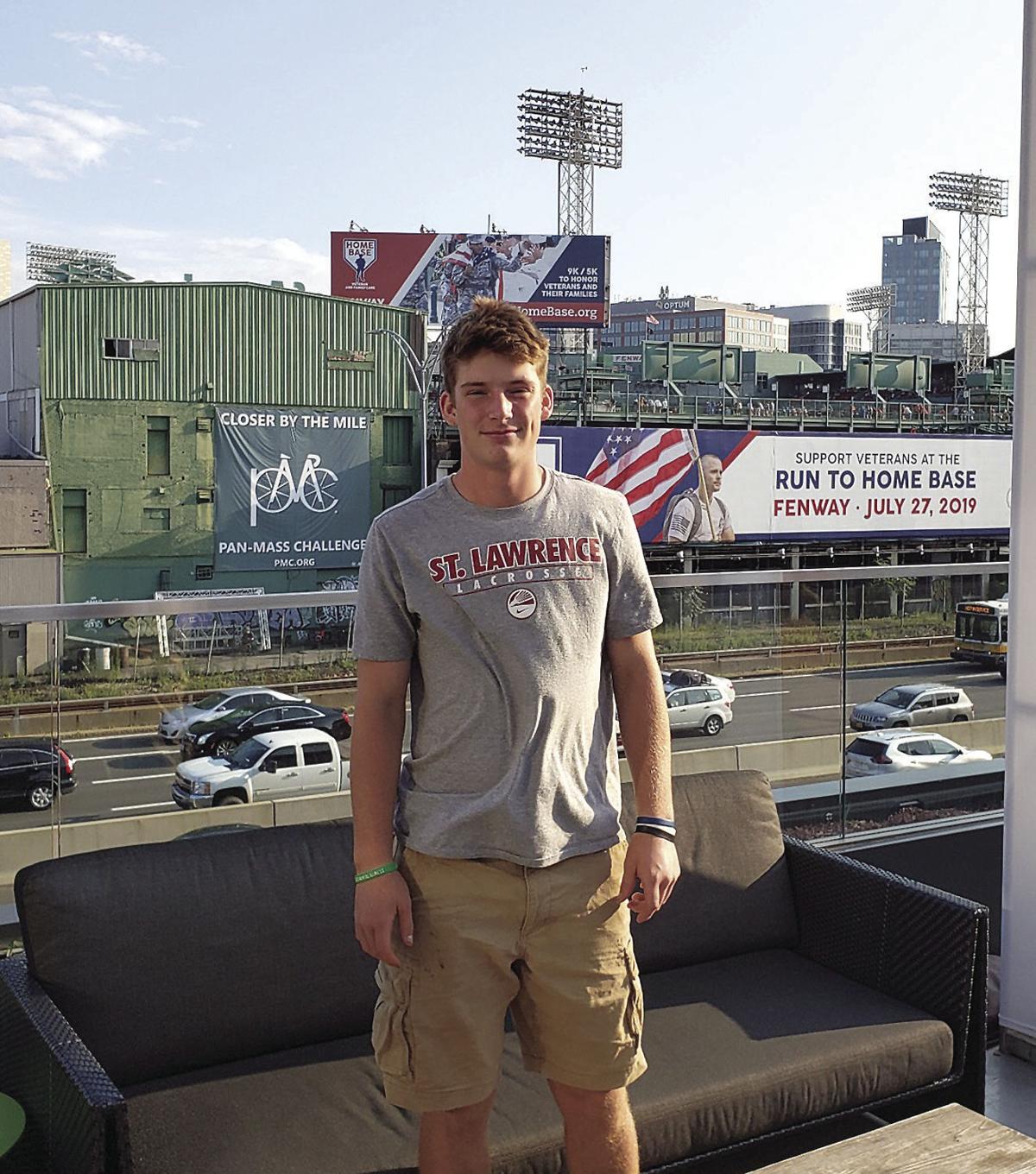 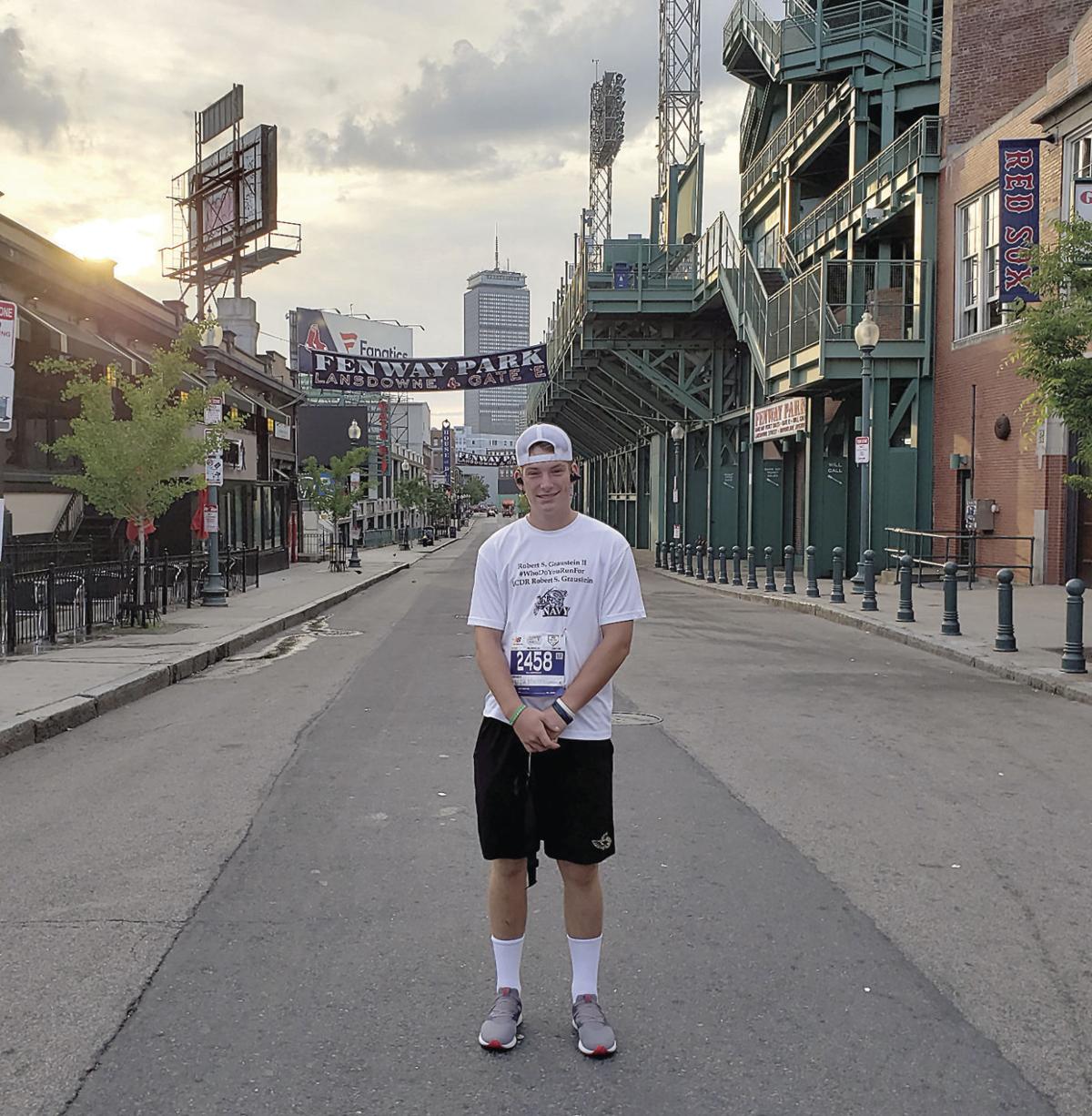 Bobby Graustein of North Conway gets ready to toe the starting line for the 10th annual Run to Home Base at Fenway Park in Boston on Saturday. (COURTESY PHOTO) 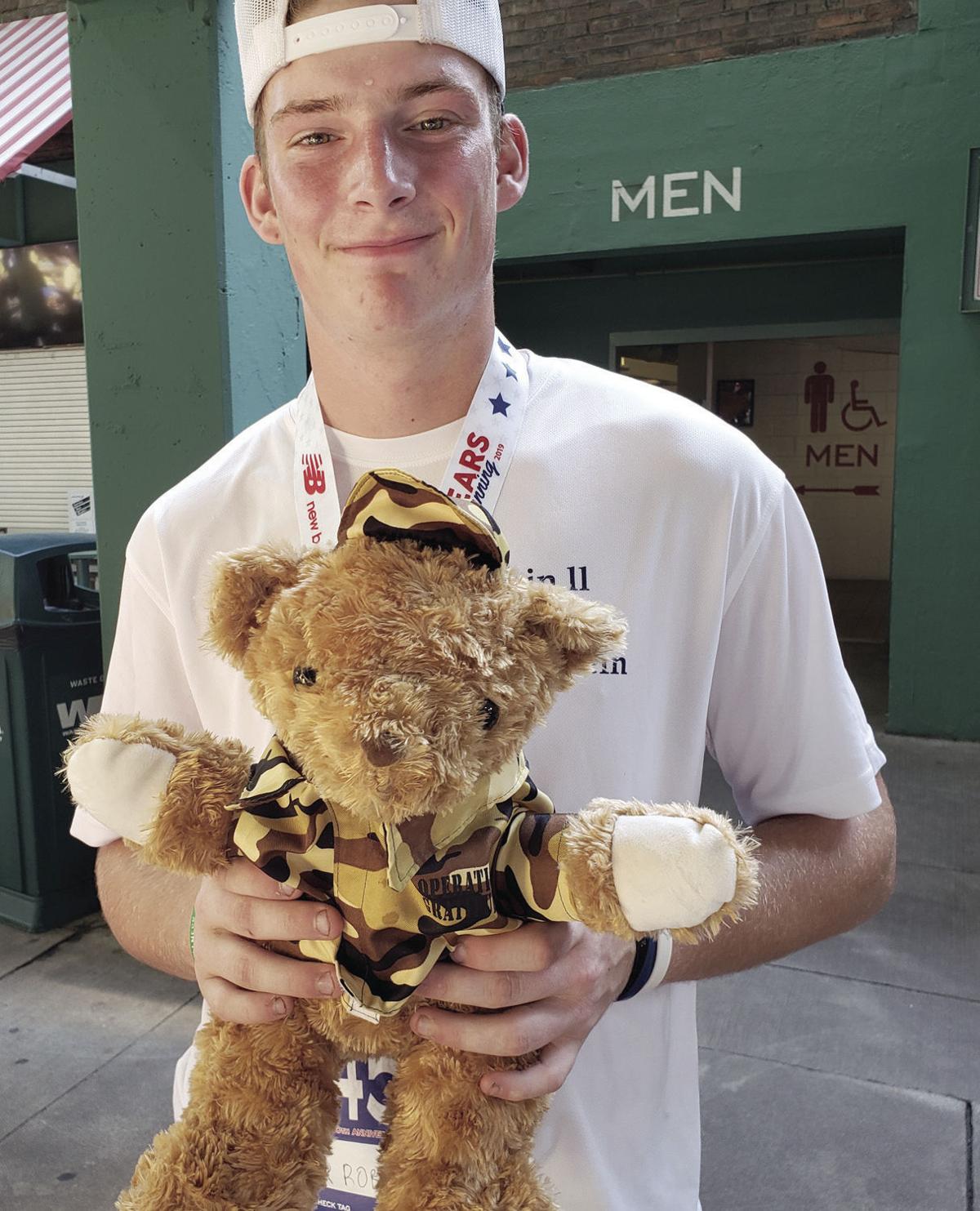 Following his 5K Run to Home Base on Saturday, Bobby Graustein volunteered to help stuff bears for children of parents in military service. (COURTESY PHOTO)

Bobby Graustein of North Conway gets ready to toe the starting line for the 10th annual Run to Home Base at Fenway Park in Boston on Saturday. (COURTESY PHOTO)

Following his 5K Run to Home Base on Saturday, Bobby Graustein volunteered to help stuff bears for children of parents in military service. (COURTESY PHOTO)

Bobby Graustein of North Conway and Jes Dolan of Kearsarge were both on their own missions Saturday morning when they toed the starting lines in the 10th annual Run to Home Base at Fenway Park in Boston, which benefits Home Base, a Red Sox Foundation and Mass. General program.

Bobby, 16, did the 5K run to honor those who proudly served our nation and lost their lives in the line of duty. Among those was his grandfather, Lt. Cmdr. Robert S. Graustein, who was killed in Vietnam on Dec. 21, 1972. This was his third time participating in the Run to Home Base.

For Dolan, 38, this was her ninth time running, but this year she ran as an active member of the military, having joined the Army. Stationed at Fort Sam Houston, Texas, Dolan flew to Boston the day before the run and then ran the 9K.

More than 2,500 people, including nearly 300 active duty service members, took part in the 9K run and 5K charity run and walk, which starts and ends at Fenway Park.

Dolan was 16th overall among individual fundraisers with $4,600. He goal was $4,000. Military personnel is not required or asked to do any fundraising but they do, and Dolan was the top enlisted fundraiser.

According to its website, Home Base’s biggest mission is dedicated to healing the invisible wounds for veterans of all eras, service members, military families and families of the fallen through world-class clinical care, wellness, education and research.

Since its founding, according to the website, “Home Base has provided clinical care and support for more than 21,000 veterans across the country. Over the last decade, more than 25,000 people from across 30 states have participated in the Run to Home Base, raising more than $19 million to support the free clinical and support services at Home Base.”

“It was a lot of fun, it was awesome,” Bobby said in an interview at The Sun on Monday. “There were a lot of people this year.”

Bobby, never met his namesake but feels a special connection to the man he closely resembles.

“I run for my grandfather, Robert S. Graustein, who I am named after; he was a lieutenant commander stationed on the USS Saratoga,” Bobby explained. “My dad was only 10 years old when my grandfather was shot down on a night mission named the ‘Christmas Bombing.’”

According to Bobby, Bobby, the son of Bethanne and Robert Stephen Graustein of North Conway, the route for the run was changed slightly from prior years, but that was a good thing as there was more shade.

“It was a lot nicer,” he said, smiling. “I was really happy with my time.”

The day starts with all of the participants inside Fenway Park seated behind the Red Sox dugout at 7:15 a.m.

“There are a bunch of speeches,” Bobby, a rising junior at Kennett High School who works at Big Dave’s Bagels and Deli, said. “My highlight of the day was listening to all the different speeches. There was a retired Navy Seal who came back and was just not doing well, and then he found Home Base. They saved him and now he’s a big part of Run to Home Base. He was pretty inspiring.”

There were three waves of runners, the first two for the 9K participants and the last of the 5K runners.

Bobby said he was overwhelmed by the support he received from the community.

After the run at Fenway, Bobby took part in a number of activities, including stuffing two Teddy bears to be given to a child who had a mom or dad away at war.

Dolan who caught up with Bobby at Fenway Park has raised $25,095 for the run over nine years.

Dolan spent the past year chronicling her story about running for the last eight years.

“I have been inspired by friends and family who have served, but this year I pay recognition to the Home Base program itself, as they are the ones that inspired me to join the military.”

She added: “I just really want to increase the awareness of what this great organization does for our service members, past and present. When it comes down to it, the event is not about crossing home plate at Fenway, it’s not how fast your run or what place you come in, it is about raising money and awareness for such an important organization.”

“I wear that shirt every football game, too,” Bobby said. “It has a star on the back of it. Every (Run to Home Base) they give you a star from a retired U.S. flag, that’s one of the little, special things you get. I’ve got two of them now that I’ve put on special shirts.”

Bobby, who plays football, alpine skis and lacrosse at Kennett, and Jes both plan to return to Fenway in 2020 to run again. Both plan to continue as long as they can.

Bobby is proud to do this run.

“My experience with Run to Home Base has been amazing,” he said. “Everyone has a different cause, and I enjoy hearing what or who they are running for. People are doing it just to help the veterans or have a whole bunch of family members they’re running for. I’ve met seem incredible people.”