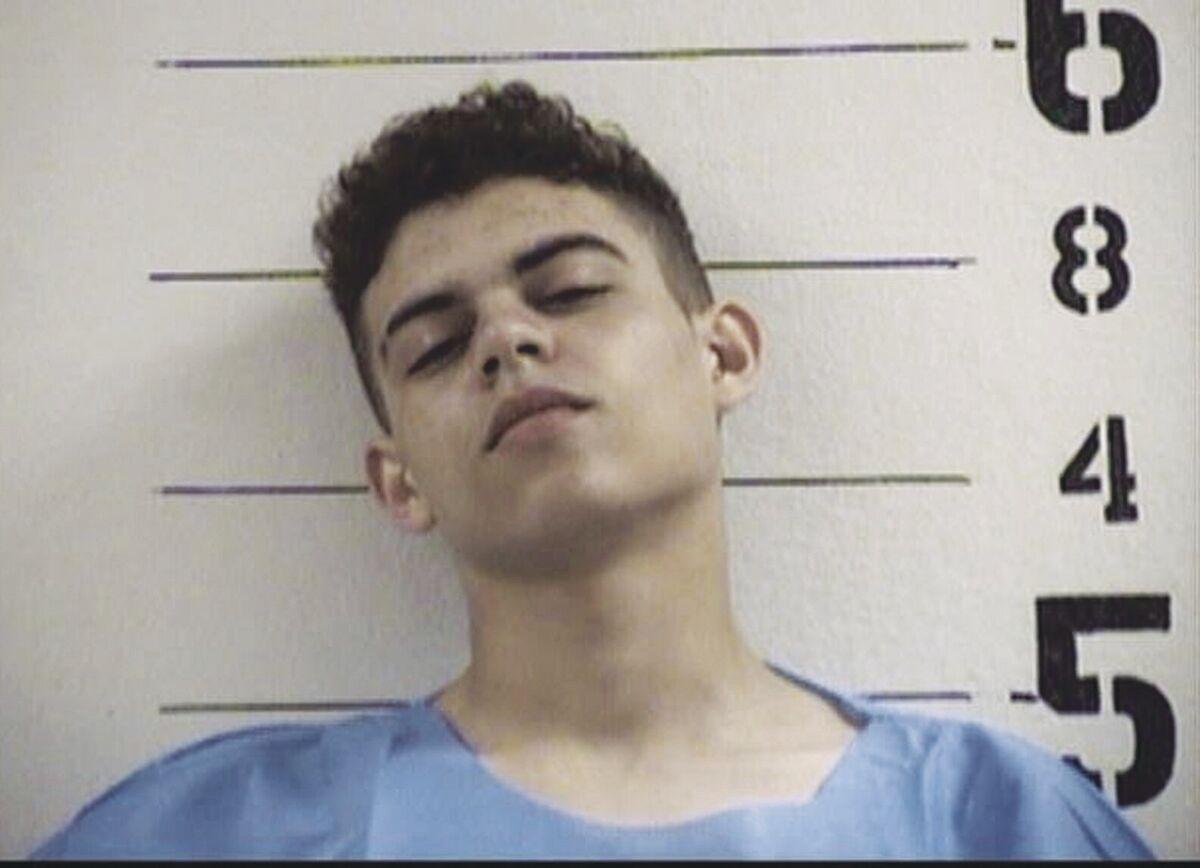 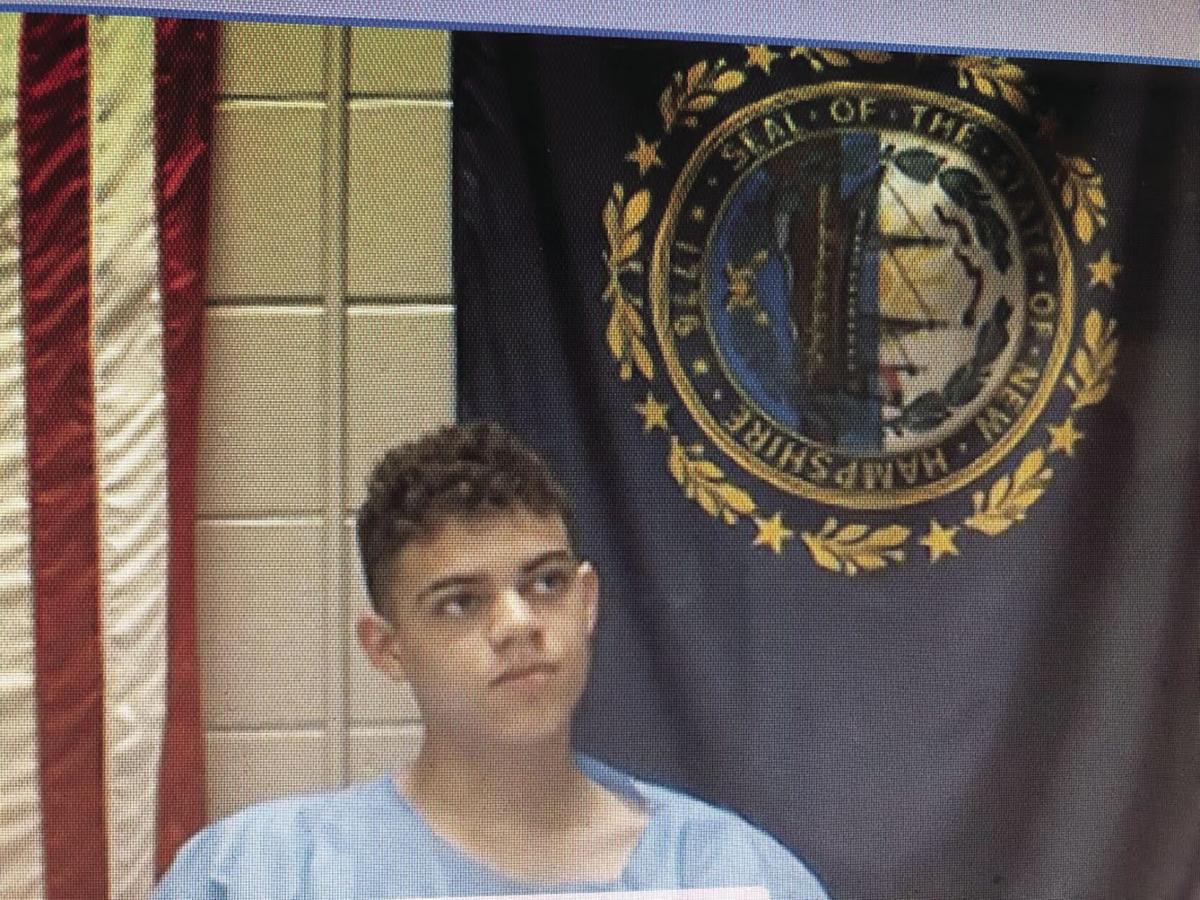 CONWAY — After two Taser deployments and a wrestling match, Conway police took into custody Wednesday night a 19-year-old alleged Vermont fugitive accused of shooting a man in the back at a St. Johnsbury birthday party in 2019.

Arther Butler, 19, of Topsham, Vt., was charged with "arrest without a warrant (fugitive)," which Conway Police Chief Chris Mattei says is an "administrative charge" used in such cases.

Butler is accused of shooting and wounding Brandon Delude, 24, during a dispute at a birthday party in St. Johnsbury, Vt., in April of 2019.

They believed Butler to be armed and staying at a local hotel. The agents told police that "a girl" from Berlin in a Toyota RAV4 would be picking Butler up.

According to Boucher, after a woman meeting that description picked up a man at the hotel, she then pulled into the North Conway Shell station. Boucher pulled in behind them.

"I activated my blue emergency lights behind the RAV4, and as it stopped at the gas pumps, the left rear passenger door opened and a male ran out," said Boucher.

"I yelled for the male to stop, but he ran around the front of the RAV4 down River Road," Boucher related.

Police began called in the K-9 unit but it was called off because officers were able to locate him quickly.

A passerby pulled up to Boucher on River Road and said the suspect was hiding behind a dumpster.

"He (the passerby) had seen him poke his head up as he drove by," said Boucher.

As police continued to hunt for Butler, master patrolman Shawn Baldwin saw him come out of the tree line on a dirt road that leads to the train station.

Boucher said he and Baldwin told Butler to stop. Eventually, Butler turned around and faced the officers, "even walking towards us."

"The male had something black tucked into the front area of his waistband, and he was gripping it with one of his hands, like you would hold a concealed handgun," said Boucher, adding Baldwin told Butler to show his hands.

Baldwin tried "knocking the male the ground," but Butler ended up on top. "They both rolled a bit down the hill towards me," said Boucher. The pair separated, and Boucher fired at Butler with the Taser. But the probe didn't make good contact so Boucher fired again and this time Butler fell to the ground and the officers were able to handcuff him.

Boucher wrote that Butler made several comments to Baldwin about how he was hoping he would just shoot him, "suggesting to us that he was trying to commit 'suicide by cop.'"

The object Butler was holding turned out to be a cellphone, said Boucher.

Butler, who held at the Carroll County jail, appeared before Circuit Court Judge Melissa Countway Thursday afternoon in a Webex hearing. She was in Ossipee, and Chief Mattei prosecuted from Conway Circuit Court.

Also on the Webex call was Caledonia County State's Attorney Jessica Zaleski of Vermont, who as was reporter Todd Wellington of the Caledonian-Record newspaper of St. Johnsbury.

Zaleski said that Vermont authorities could take Butler back on May 17.

Countway, who found probable cause regarding the Conway fugitive charge, said she was entering a not guilty plea on his behalf and that the charge was essentially to hold him pending extradition, adding that he had the right to a lawyer challenge extradition. However, Butler said he doesn't plan to fight extradition and said he was "good" making the decision without a lawyer.

He was given a May 18 court date in the event he is still in New Hampshire. If he goes back to Vermont before then, the charge from Conway police would be dismissed and the hearing canceled.

According to court records, the shooting occurred at a birthday party two years ago, when Butler was 17 years old.

According to the Caledonian-Record, court documents and police say Butler pointed a 9 mm handgun at Delude's girlfriend, then Delude tackled Butler and was shot as the pair were wrestling.

The Vermont newspaper said Butler was charged with violating his court-ordered conditions of release more than a dozen times and had been ordered to appear in Caledonia Superior Court on Wednesday after he had been arrested in Gorham in April when he was supposed to be under curfew at his parents' house in Topsham, Vt.

"But Arther Butler was nowhere to be found," wrote Todd Wellington for the Caledonian-Record, adding that the judge ordered a $25,000 arrest warrant for Butler and another $10,000 in bail from a matter in February.

Butler had been stopped in Gorham on April 18, while driving a Toyota XB, the Caledonian-Record reported. The newspaper said police identified his passengers as Andrew L. Woods, 23, of Berlin, Jackee R. Smith, 22, of Berlin and Alyssa M. Mulligan, 18, of Berlin. During that stop, police confiscated some marijuana and found a gun, but they gave the gun back to Smith.