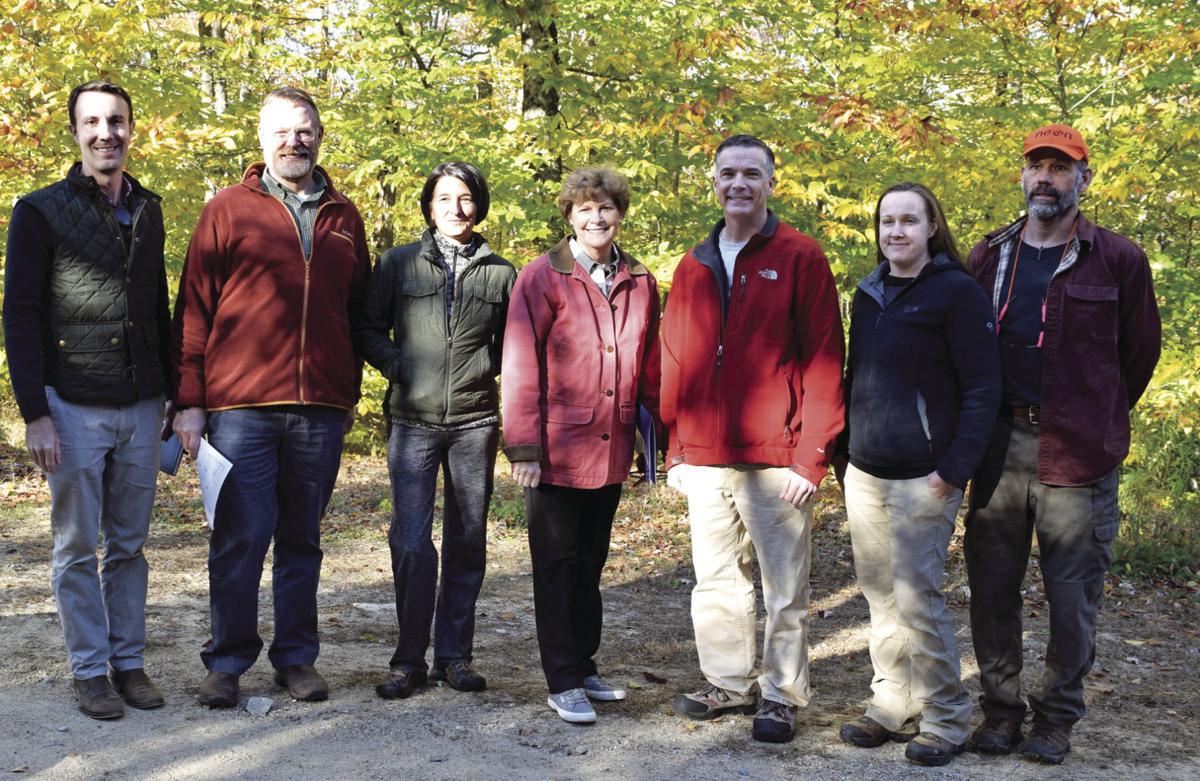 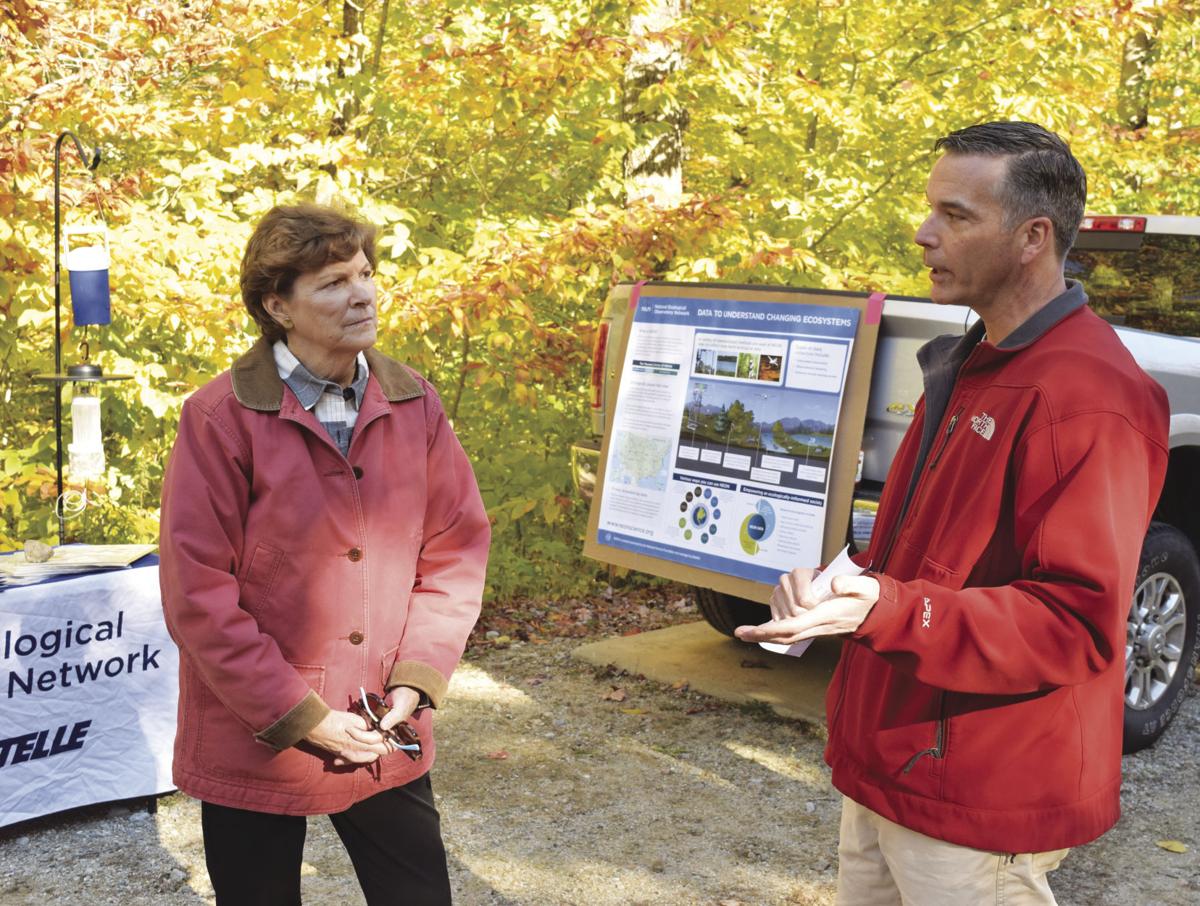 BARTLETT — Part of the 86-year-old Bartlett Experimental Forest, established in 1932 as a 2,600-acre set-aside tract for research within the White Mountain National Forest, now will provide a site where ecological research on a continental scale will be advanced for the next 30 years.

U.S. Sen. Jeanne Shaheen (D-N.H.) got an overview last Friday afternoon of the extensive research that will be done at the forest now that it has been designated as part of the National Ecological Observatory Network, which comprises 81 terrestrial and aquatic field sites.

Former Department of Resources and Economic Development Commissioner Jeff Rose served as the senator’s chief tour guide at the event.

Rose now serves as vice president of governmental affairs and public policy at Battelle Memorial Institute, a global research and development non-profit committed to science and technology based in Columbus, Ohio.

According to Battelle literature, “From droughts and wildfires to land use and invasive species, our ecosystems are constantly changing." From its field sites, the NEON program captures key data characterizing the causes and impacts of environmental change in the United States, including Hawaii, Alaska and Puerto Rico.

Shaheen and Rose, along with the rest of the host team, which also included Neil Canfield of the National Science Foundation and Battelle staff members Cory Ritz and Mike Bara, drove down a woods road, parked and then walked to a newly built 130-foot tower on which six instrument booms were deployed, able to take CO2 and other measurements from specific trees.

A nearby modular hut, identical to those on the 80 other NEON sites (47 terrestrial and 34 aquatic), provides power, fuel, water, communications and other equipment.

NEON is funded by the National Science Foundation, a U.S. government agency, and operated by Battelle.

As a member of the Senate Appropriations Committee, Shaheen is very familiar with the NSF’s work.

NEON is deliberately designed to allow “apples-to-apples” comparisons and to provide open-to-all data about plants, animals, soil, nutrients, fresh water and the atmosphere in ecosystems across the U.S. over the next 30 years.

The data, Godfrey emphasized, will be available to anyone, from sixth-graders working on science fair projects to candidates working on their doctoral theses.

Insects that are collected, such as mosquitoes, will be archived, and information on small mammals, such as white-footed mice, that are vectors for Lyme disease, carefully recorded.

The program’s open data and infrastructure are designed to allow scientists and policy makers to study changing ecosystems at very large spatial and temporal scales and to be able to better forecast the impacts of these changes, the host team members explained.

Rose, the father of a first-year high school student, said that NEON is committed to both general community outreach and also helping to spread the word to K-12 teachers as well as college professors as to how they can access data.

Researchers can also arrange to use NEON’s infrastructure, including field sites and instrumentation, for their own studies to advance the understanding of ecological processes.

The Bartlett Experimental Forest is one of only two sites in Northeast, which includes New England, New York and Pennsylvania.

The 3,000-acre Harvard Forest in Petersham, Mass., managed by the university, is the other.

All locations in the 20 ecosystem domains were selected “to characterize wildland environments.”

NEON also includes a yearly Airborne Observation Platform at each of the terrestrial sites to provide high-resolution measurements of numerous physical, biological and biochemical properties, including vegetation cover and density, canopy chemistry and topography, as well as vegetation structure, height and Leaf Area Index, total biomass and other key indicators of ecological health and changing ecosystems.

Shaheen said she saw positive value in developing a long-term, large-scale program in which the data collection methods are standardized across sites and include on-site instrument measurements, field sampling and airborne remote sensing, all designed to help produce a nation of ecologically well-informed citizens.