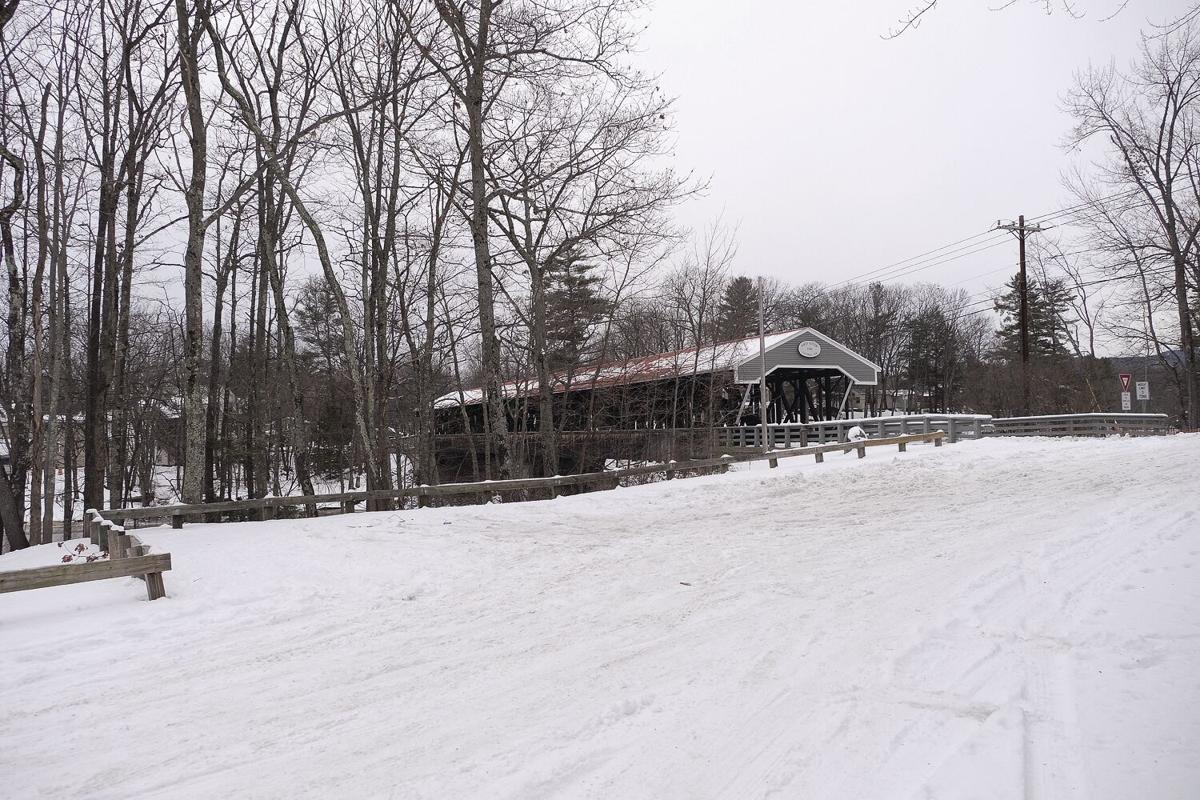 The parking lot at Davis Park is currently closed but fees will be instituted there starting Memorial Day. (JAMIE GEMMITI PHOTO) 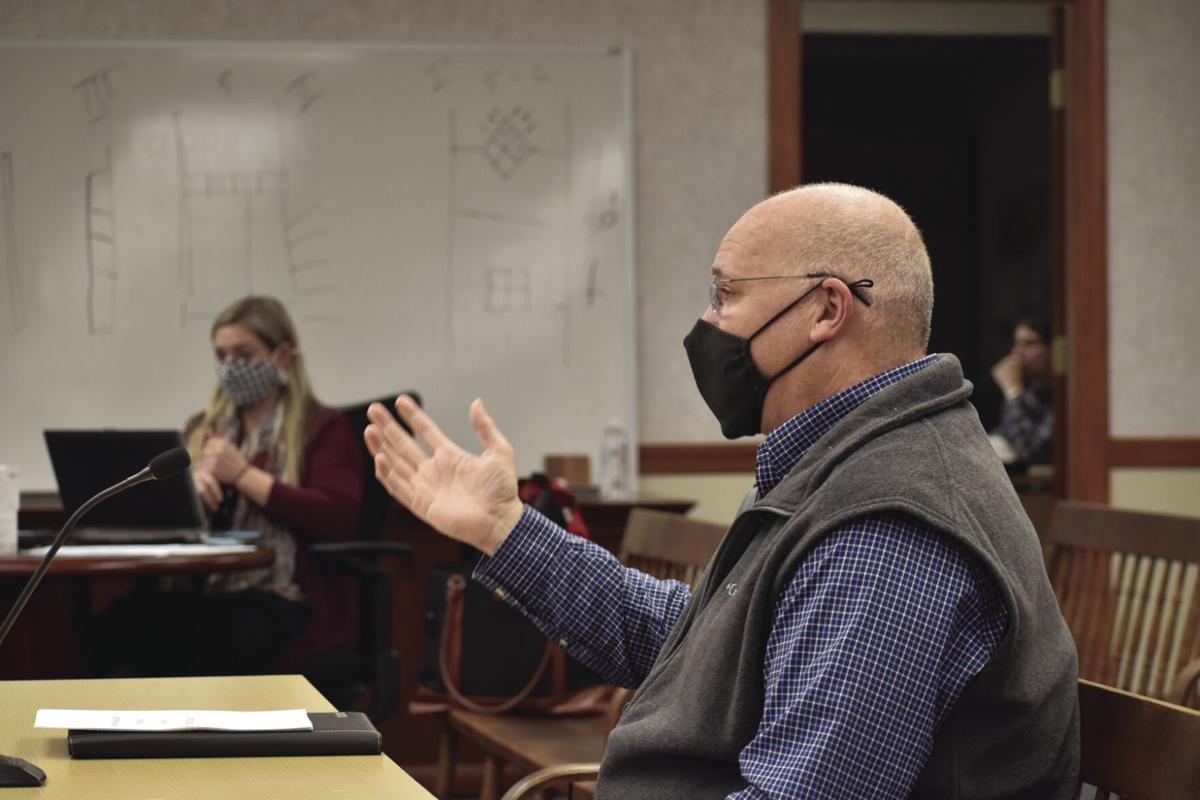 Conway Recreation Director John Eastman tells selectmen Jan. 5 that during the summer in Conway "there was trash like we've never seen before." (DAYMOND STEER PHOTO)

The parking lot at Davis Park is currently closed but fees will be instituted there starting Memorial Day. (JAMIE GEMMITI PHOTO)

Conway Recreation Director John Eastman tells selectmen Jan. 5 that during the summer in Conway "there was trash like we've never seen before." (DAYMOND STEER PHOTO)

At last Tuesday’s meeting, the board also mulled posting the Conway Lake beach as “residents only” and charging boat ramp fees there.

However, they held off as they wanted to talk to Fish and Game about whether that would be legal as the state guarantees access to large lakes over 10 acres.

“We’re doing a test,” said selectmen’s chair David Weathers about paid parking at the three sites. “It’s trial and error. We’re going to see how it works, what things we have to tweak on it.”

Conway was inundated with tourists this past summer. Officials believed the influx was due to the fact that many people were having shorter regional vacations because the COVID-19 pandemic made traveling elsewhere more problematic.

Town Manager Tom Holmes said the costs of dealing with the recreating crowds were offset last year by COVID-19 relief funds but said the town might not be so lucky this year.

The costs include doubling trash pickups and tripling the number of porta-potties. Such expenses could cost the town $50,000 next summer. Rec Director John Eastman said: “The trash was just piling up. It was trash like we’ve never seen before.”

Holmes’ idea is to have either seasonal parking attendants on duty or “multi-space pay stations” installed. He referred to the pay stations as “iron rangers.”

“I want to make very clear that the plan from day one is to not charge local property owners,” said Holmes. “There will be stickers issued. For anybody who has a property tax bill.”

Holmes said the parking fees could be implemented just before Memorial Day and end just after Columbus Day. Holmes figured the town could generate $233,000 in revenue just from the three recreational sites.

The east side of First Bridge is the existing lot between First Bridge and North Conway Village/Route 16. That side of the bridge has about two dozen parking spaces.

The town already has an attendant on the west side, which is where Hussey Field is.

Selectman John Colbath made a motion to have an attendant on the east side of First Bridge, which passed 5-0.

Holmes suggested that a 40-space “premium parking” area could be added to Hussey Field. Selectmen are to discuss this at their meeting today (Jan. 12).

Selectman Carl Thibodeau also made a successful motion to have an attendant at Davis Park in Conway Village, where there are about two dozen spaces.

Conway Police Chief Chris Mattei noted that clear signage would be needed so drivers who get tickets cannot convincingly argue that they didn’t know they had to pay.

“At Diana’s Baths, where there are signs every 30-40 feet, people still argue that they didn’t see the sign,” said Mattei. “Our officers now, when they ticket, take a picture of the car in relation to the sign. So if a call gets made to one of us, or the town, there’s at least some evidence documenting that there was a sign there.”

Selectmen agreed that some spaces should be designated pickup and drop-off for kayakers and tubers who are not planning to park all day.

Thibodeau also moved to have an “iron ranger” installed at the Meeting House Road site that leads to the Smith-Eastman Landing behind the Conway police station.

Selectmen voted 4-1, with selectman Mary Carey Seavey in the minority to approve fees there.

Seavey expressed concern that the iron rangers would be subject to vandalism.

“I prefer to see a human body there taking money from people as they come in,” said Seavey.

Thibodeau said the iron ranger for Smith-Eastman could be placed near the police station and be safe. “I think that would run completely unattended and not cause any issues whatsoever,” said Thibodeau.

The money for the attendants and iron rangers will come from the Recreation Revolving Fund, which can only be used for recreation purposes. It will not require a warrant article or municipal budget committee approval.

“These are all recreation sites being managed by the Rec Department, and they have this Recreation Revolving Fund, and the money that we collect for parking will go into it and then expenses will come out of it,” said Holmes.

I have lived across from Davis Beach for 20 yrs and I have never seen so much trash in the river. Myself and other locals would remove trash from the river on a daily basis. I would like to see local passes similar to what we have for the Conway dump access, but so many of us were disgusted by the total disregard shown for our home that I would love to see these new fees imposed. As well as a mention of littering violations. I actually found myself yelling to people who were rafting as the trash drifted by. I've never done that before but it became to much. They should just be thankful for the beauty around them. Not acting like it's their right. I had heard, also, that the service industry encountered rudeness as well. Let them pay.

We really need to initiate some type of locals pass. there's certainly no money incentive to be living here. We're all here for the mountains and rivers. If all of the locals have to start paying to park everywhere they enjoy why are we here at all.