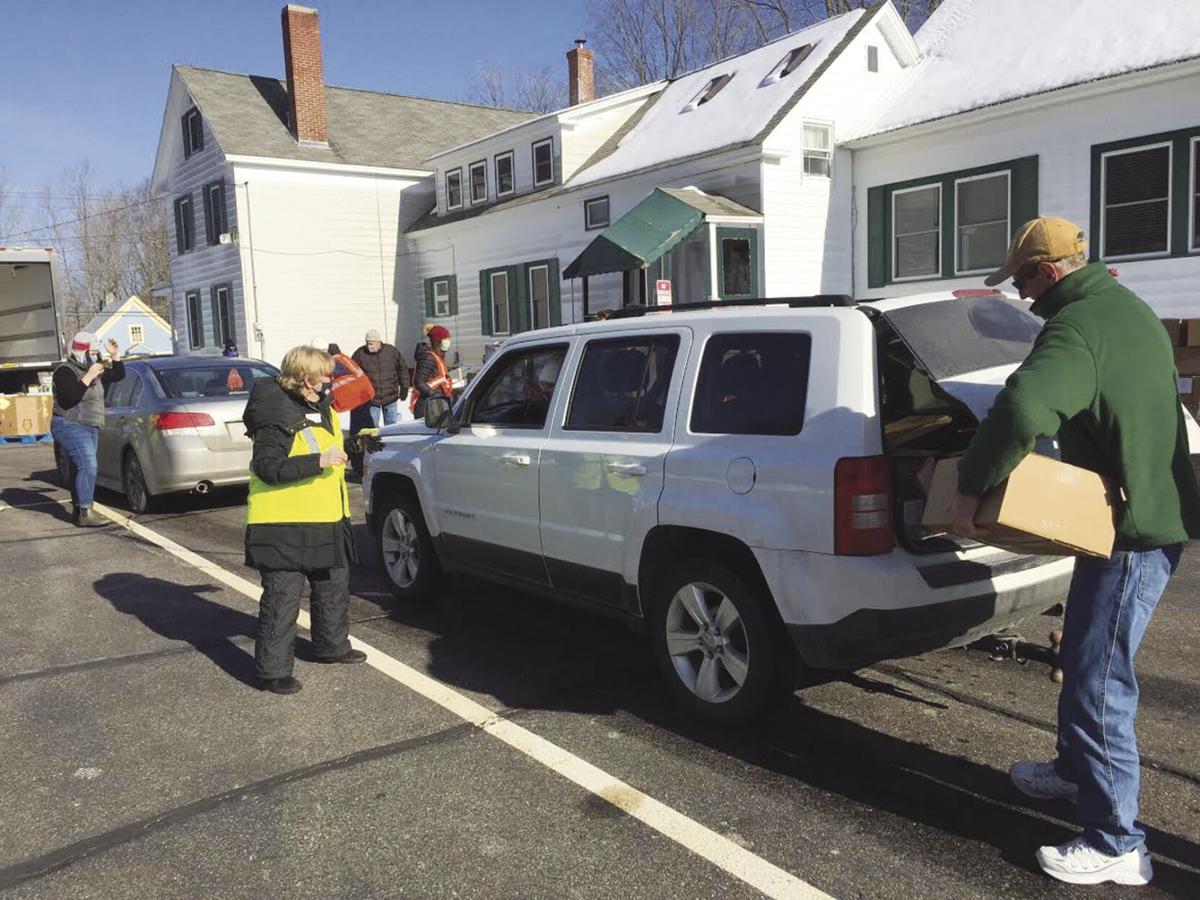 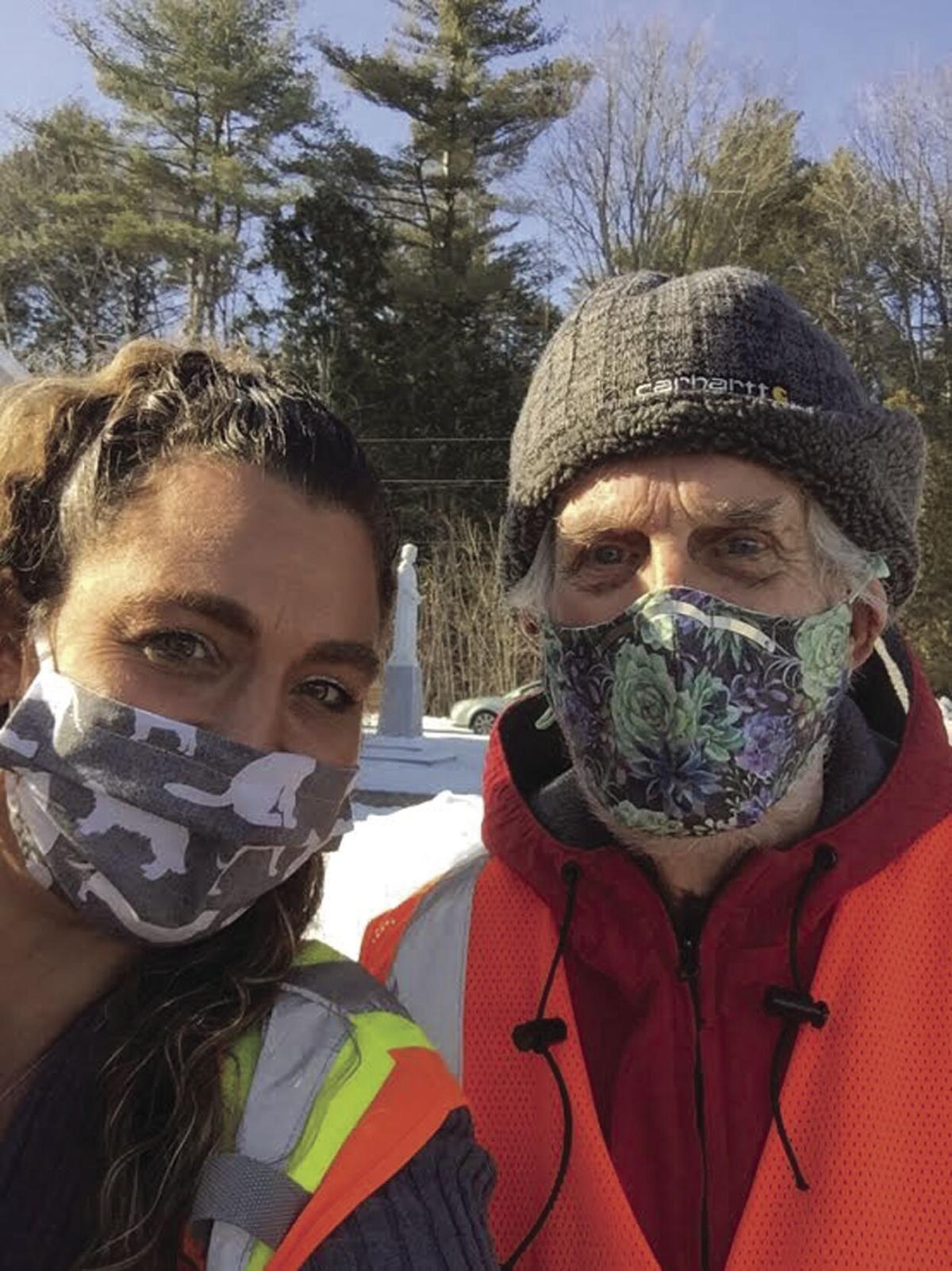 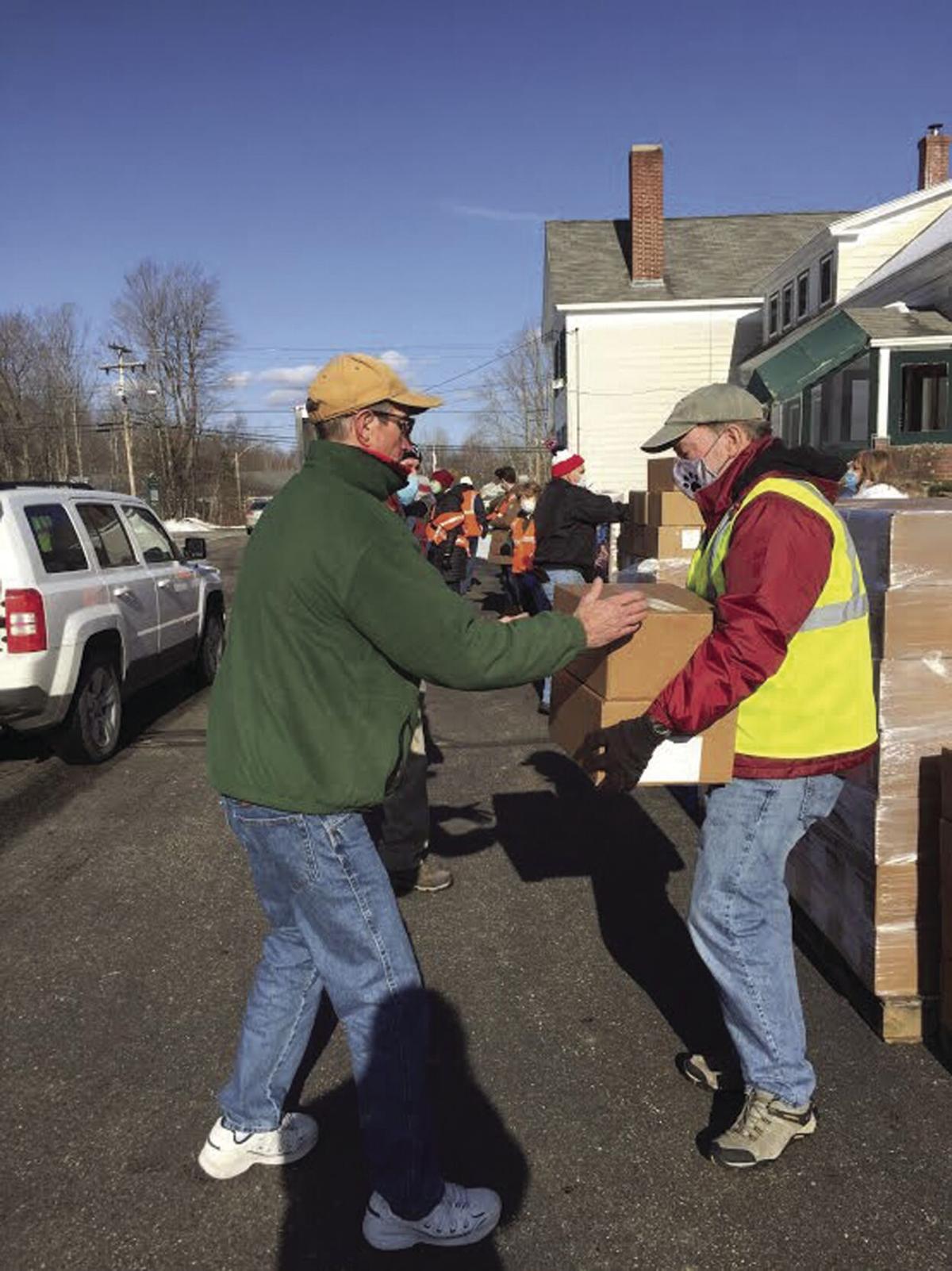 OSSIPEE — Twenty-seven volunteers provided sustenance to area residents at the end of last week. Between Friday and Saturday, over 10 tons of food were distributed by the New Hampshire Food Bank’s mobile drive-thru pantry.

Catalina Kirsch of the Carroll County Coalition for Public Health and N.H. Food Bank Systems Coordinator Christy Langlois promised there would be enough food for 500 households, to be distributed from the parking lot of St. Joseph’s Catholic Church in Center Ossipee.

Anyone is eligible to pick up food from the food bank. The only data they take is what town you are from.

Langlois manages sites in Coos as well as the northern sections of Grafton and Carroll counties.

Of Friday, she reported: “It was a beautiful sunny day in Ossipee for the event. Community spirit was alive and well. Dry pavement allowed us to move product efficiently and safely, which is always a bonus.”

She said there was a moderate turnout of people receiving food. The majority came from the Ossipee and Tamworth area.

In all, 20,416 pounds of food was distributed to 211 individual vehicles passing through the line, she said. “That represents 374 households (one vehicle can pick up for up to three households) and 996 individuals living in those dwellings,” Langlois said.

While most of the boxes went to individual households, “White Horse Recovery in Ossipee, and then the Freedom and Madison food pantries split the remaining product to distribute in the community on Saturday for those who couldn’t make it to the event on Friday,” said Langlois.

She said that she “definitely had an abundance of volunteers, as I always do in Ossipee.”

White Horse CEO Mitch Yeaton said his organization delivered food by van to people who couldn’t make it to the event Friday. Eric Moran was in charge of that effort, he said.

“I was unable to be at the food bank, but I was taking calls all week to organize a food delivery with the White Horse van,” Moran said Monday. “The deliveries were as far as Wolfeboro, Freedom, Chocorua and Ossipee.

“The extra food from the food bank was brought to The Shed (White Horse’s Ossipee resource center) for further distribution,” he added. “I have given about another 12 packages away but I still have a few more and hope to have them gone by tomorrow (Jan. 19).”

During the event, Langlois took a selfie with volunteer Donald Kemper, 91, of Ossipee, who has helped with all three Ossipee mobile food pantry events.

The first one was in August, and a second was held in November.

“He tells me he is 91 years old and loves coming out to lend us a hand,” said Langlois of Kemper.

“To my knowledge, he is my oldest known volunteer from all the sites I manage. He is quite fond of his assigned job, to advance two vehicles at a time to the loading station where the volunteers load the vehicles, as we maintain a strict drive-thru model due to COVID restrictions.”

She said that the food bank may return after March if the USDA Farm to Families Program is continued.

The mobile food pantry will be in Littleton on Thursday from noon-2 p.m. On Friday, it will be in Manchester from 11 a.m.-1 p.m.

For more information about the New Hampshire Food Bank, go to nhfoodbank.org.