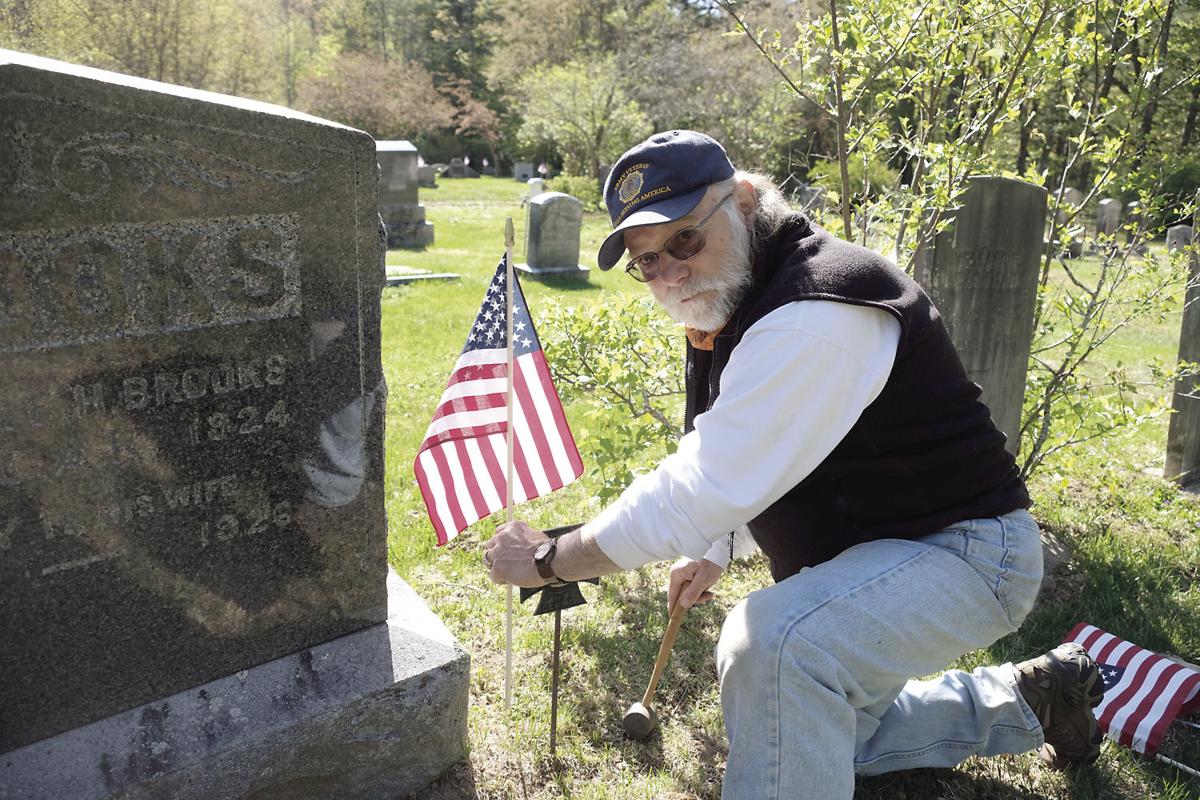 State Rep. Steve Woodcock (D-Conway) and member of American Legion Post 95 places a flag on a veteran’’s grave at the Kearsarge cemetery Thursday. Members of local veterans organizations fan out across the valley and placed flags in remembrance for Memorial Day. (JAMIE GEMMITI PHOTO) 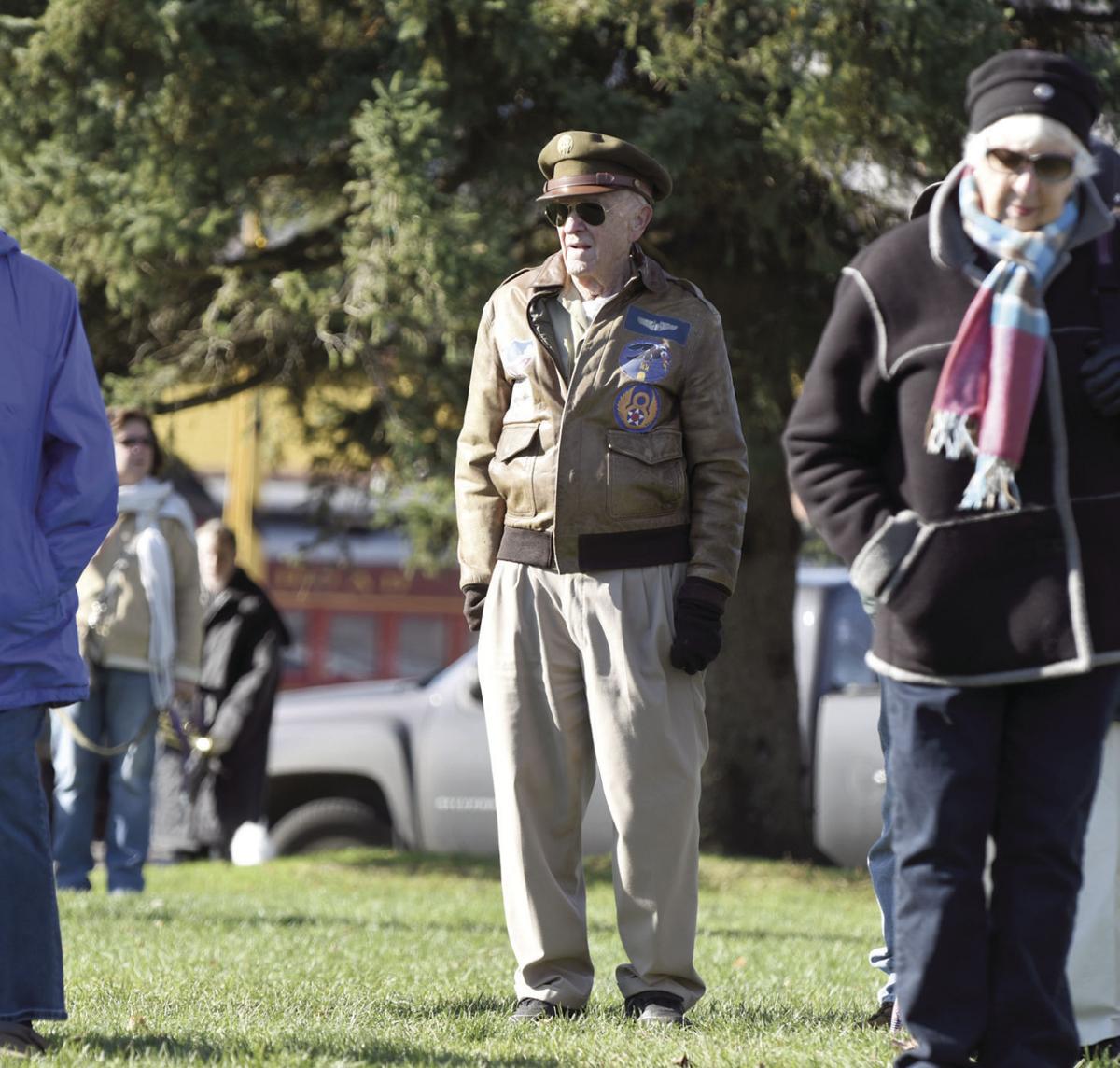 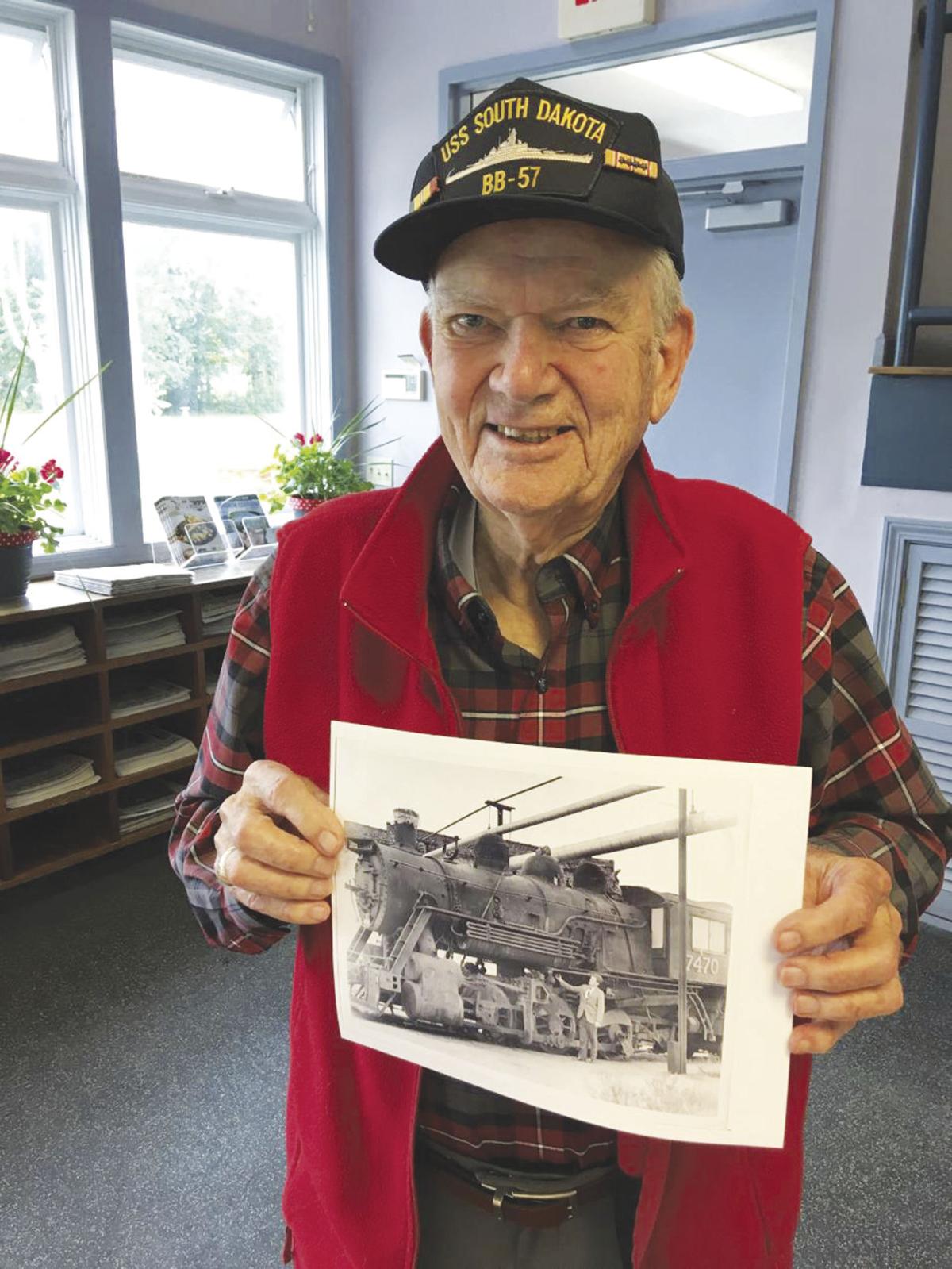 State Rep. Steve Woodcock (D-Conway) and member of American Legion Post 95 places a flag on a veteran’’s grave at the Kearsarge cemetery Thursday. Members of local veterans organizations fan out across the valley and placed flags in remembrance for Memorial Day. (JAMIE GEMMITI PHOTO)

CONWAY — It’s going to be a different Memorial Day this year, due to the impacts the coronavirus pandemic has had on, well, just about everything.

As usual, American flags have been set out on veterans’ graves at local cemeteries by volunteers such as our local state Rep. Steve Woodcock, a Vietnam-era veteran and member of American Legion Post 95.

But unlike in past years, due to the pandemic and state/national guidelines governing gatherings of more than 10 people, there will be no parades and only a few small observances.

American Legion Post 95 of North Conway will hold a short ceremony at the North Conway Cemetery on Monday, May 25, at 1 p.m. with a rifle volley, according to the post commander, Army veteran Jim LeFebvre.

LeFebvre and fellow veterans organization representatives told the Sun they are encouraging citizens to, instead of grouping at cemeteries, observe a reflective Memorial Day by expressing their individual gratitude to those who paid the ultimate price in defense of the nation.

“I think if people were to pause for a moment of prayer and silence in honor of the men and women who gave their lives in service to our country, that would be appropriate,”said LeFebvre.

“On Memorial Day, take a few moments to reflect on what your freedom is all about and the people who have guaranteed that freedom for you,” he said.

His comments were echoed by Dave Kenney of the Fryeburg/ Lovell Memorial VFW Post 6783. He said they will be laying a wreath Monday at 9 a.m. in the park next to the Charlotte Hobbs Memorial Library, then will head to the Veterans Memorial in Fryeburg’s Bradley Park.

“We’re keeping it low-key,” Kenney said. “But it is important to honor these men and women who served and whose sacrifice will never be forgotten,” said Kenney, 67, a Vietnam-era Army veteran.

“It is unfortunate to be missing out on this year’s traditional Memorial Day parade and ceremony in Fryeburg,” said Haley. “Memorial Day is an important day of remembrance and reflection. I hope everyone stays safe and healthy, and I will look forward to future opportunities to gather as a town.”

The Sun was able to confirm that neither Bartlett nor Ossipee will hold official remembrance ceremonies this year.

Army veteran/Tamworth Post Office manager Annie Provenzano says last year’s Mindful Memorial Day meditation will not take place in Tamworth Village as an event this year but all are encouraged to participate in this year’s virtual event by logging on to mindfulmemorialfoundation.org.

In Conway, a small ceremony is planned for 11 a.m. on Monday at American Legion Post 46 on Tasker Hill Road.

“It will be a quiet event,” said new Post 46 Cmdr. Philip Vasington, a 35-year Marine Corps and National Guard veteran who took over from former commander John Kiesman.

“We have not advertised it. We don’t want a large crowd. We will be practicing safe social distancing,” he said.

“We will have a small ceremony in the ball field, with Merchant Marine Chaplain/Father Jeffrey Monroe of St. Margaret’s of Scotland Anglican Church and a guest speaker,” he said.

Father Monroe said he will speak about the importance of honoring those who served.

“We will sing ‘America the Beautiful,’ and I will ring eight bells — which is what is done in honoring a seaman in burial at sea. (For the Navy and Merchant Marine), it is the equivalent of taps for the Army,” said Monroe, noting that the service will end with a rendition of taps (lights out).

“We will be following CDC (Centers for Disease Control) guidelines and safe social distancing,” said Monroe.

“For those who are uncomfortable about going out, stay at home and take some time to remember those folks who gave their lives and be grateful.

“And, be thankful as well for all of those who are still serving and pray for their safety,” said Monroe.

On Sunday, May, 24, at 10 a.m. St. Margaret’s will hold a candle-lighting ceremony. Seating will be limited to 10 people in accordance with state COVID-19 social distancing guidelines.

He said thanks are due all veterans, but this being the 75th anniversary of the end of World War II, special recognition should go out to those that journalist Tom Brokaw called “The Greatest Generation.”

“There are not many of them left. I am pleased to note that Congress finally after 75 years voted to give American Merchant Mariners who served in World War II the congressional gold medal — President Trump has signed it into law, so although most of them are gone, if they served in World War II they be getting that recognition. It’s about time!” said Monroe, whose small church on Pleasant Street bears the flags of all of the armed services.

Contacted Wednesday, both Smitty and Smith said they are grateful to have lived full lives and for the service of their fellow brothers and sisters in arms.

“We did what we were asked to do,” said Smitty, known around the Mount Washington Valley for his trademark leather bomber jacket.

The 8th Army Air Force suffered 26,000 casualties and 28,000 prisoners of war during World War II. Bomber crews were assigned to make 25 missions. Few made that many.

Smitty was a just-turned 21-year-old when his plane was hit on Washington’s birthday on his 14th mission in three months on Feb. 22, 1944. He lost his right hand and right arm to a point 4 inches below his right elbow and received medical care while being held by the Germans as a POW for the next seven months.

He was released in a wounded prisoner exchange in September 1944.

As he related this week, “I got home in time for deer-hunting season. Deer season was two months long back then. Did I get my deer? Oh yeah,” said Smitty, father of North Country Fair Jewelers owner Brian Smith of North Conway.

Added fellow veteran Dwight Smith, the co-founder of the Conway Scenic Railroad who served on the USS South Dakota in the South Pacific before accepting a Navy offer to attend Dartmouth College: “I did what I had to do and did the best I could, and I am pleased to say I am here today.”