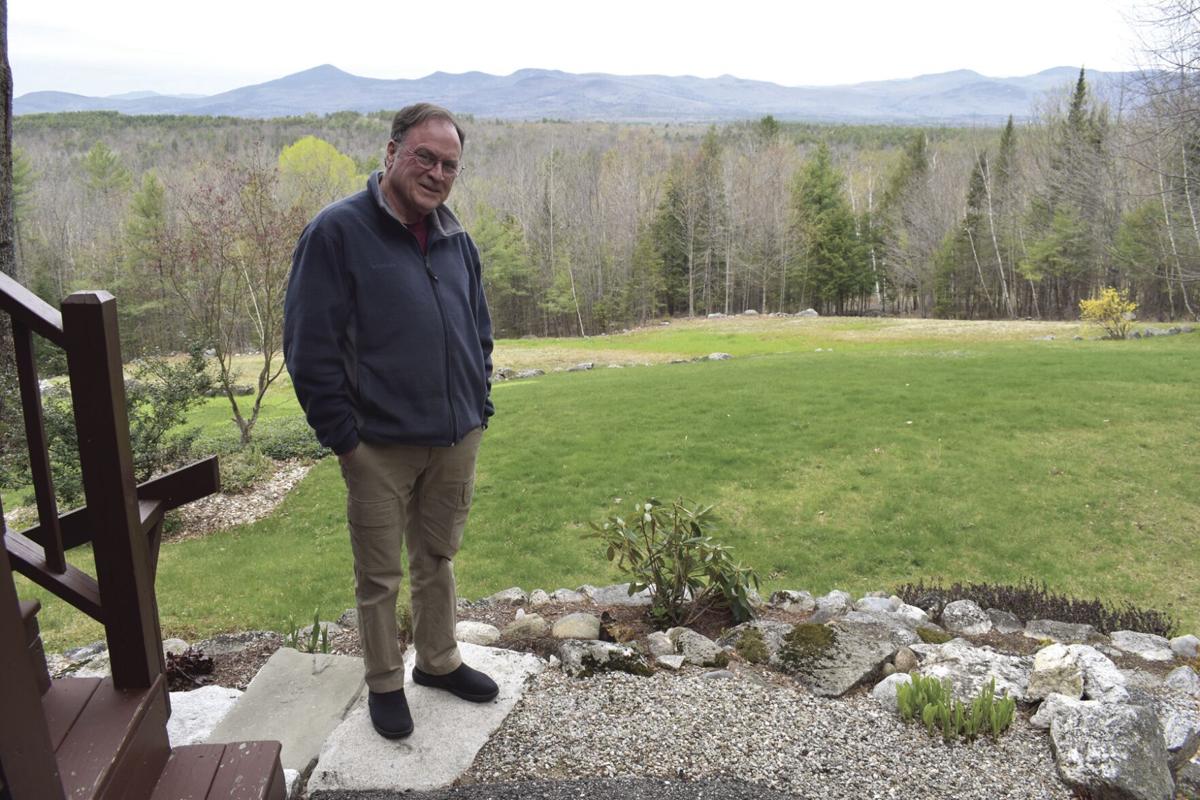 Tom McLaughlin used to be the Sun's conservative columnist but now, he is focusing on landscape photography. Here he is outside his Lovell, Maine home. (DAYMOND STEER PHOTO) 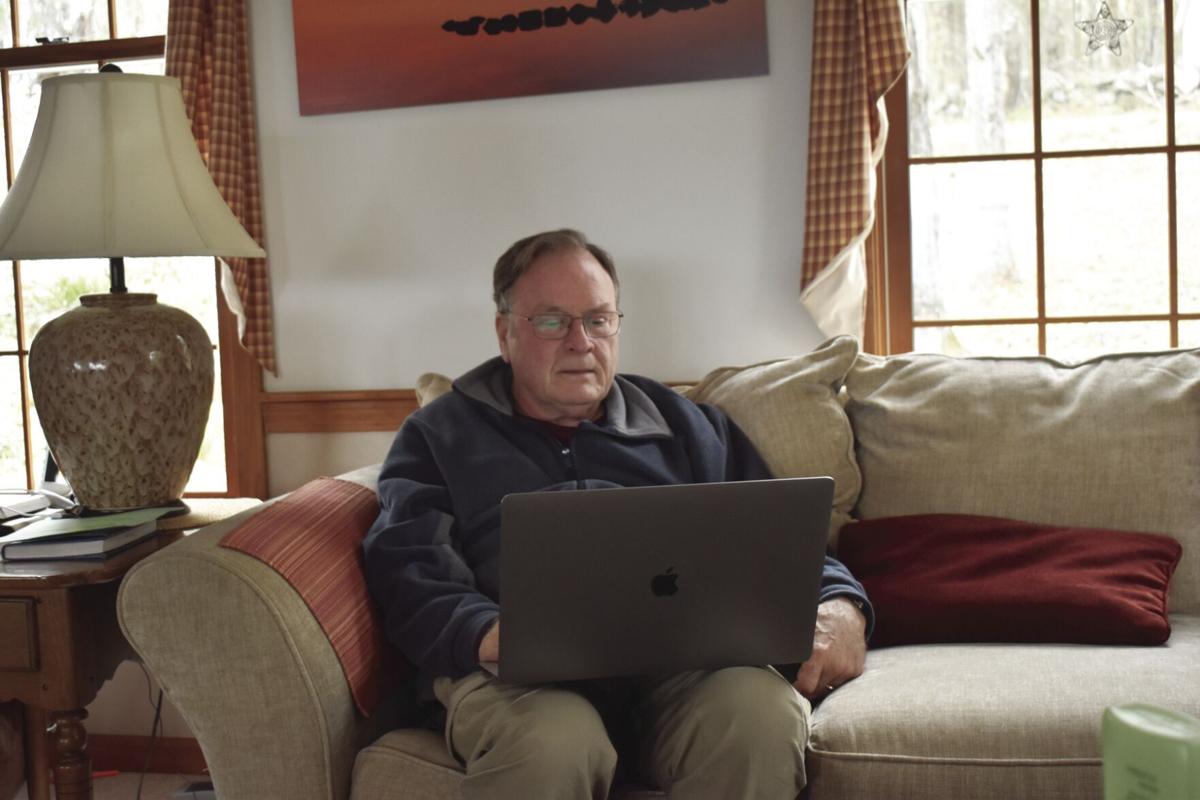 Former Sun columnist Tom McLaughlin pulls up some data from his laptop during an interview at his Lovell, Maine, home. (DAYMOND STEER PHOTO)

Tom McLaughlin used to be the Sun's conservative columnist but now, he is focusing on landscape photography. Here he is outside his Lovell, Maine home. (DAYMOND STEER PHOTO)

Former Sun columnist Tom McLaughlin pulls up some data from his laptop during an interview at his Lovell, Maine, home. (DAYMOND STEER PHOTO)

LOVELL, Maine — For nearly 30 years Tom McLaughlin served as the Sun’s conservative columnist, and he was a local teacher for longer than that. Now he’s left both roles behind. But while McLaughlin says his career never would have survived in today’s leftist “cancel culture,” he sees rays of hope for conservatism on the horizon.

McLaughlin, 70, recently shared his views on his career and politics in an interview at his Lovell home.

The Sun was established in 1989, and McLaughlin began as a columnist for the paper in the summer of 1992, but he had been writing for Maine publications a few years before that. His work has appeared in the Bridgton News, Lewiston Sun-Journal, Portland Press Herald, as well as on Realclearpolitcs.com, in the New York Sun, American Thinker, Free Republic and Think Israel.

McLaughlin wrote his final column for the Sun in April, saying he wanted to pursue his passions like landscape photography, capturing light and shadows of mountains, including Mount Washington, which can be seen from his backyard.

However, he hasn’t quit political commentary all together. McLaughlin and Sun publisher Mark Guerringue still debate the news of the day on the Valley Vision program “Left & Right.”

And when the mood hits, he will continue writing on his personal blog, tommclaughlin.blogspot.com.

McLaughlin says he grew up as an Irish-Catholic Democrat in the Boston suburbs. He married his love, Roseann, at 20 years old, and they went on to have four children and six grandchildren. He felt Massachusetts was becoming overdeveloped so he moved to Maine. He taught history at Molly Ockett Middle School, saying he enjoyed educating young teenagers because they come to history lessons without preconceived notions. He retired from teaching about 10 years ago.

His rightward drift began in the late 1980s when he felt that schools were misleading students by failing to explain that AIDS was a particular danger to homosexual men.

“That began to really tick me off because it was clear this was a threat to the young people and I couldn’t teach about it; I couldn’t mention it,” said McLaughlin. “I did anyway, but I got myself in trouble for doing so. I wouldn’t shut up.”

He was even accused of harassment by a gay neighbor in 1998 but was acquitted after spending $4,000 on lawyers. A column in the aughts about Native Americans created a national firestorm and led to calls that his teaching license be pulled.

Over the years, his columns also provoked parents into complaining about his writing and lessons.

He said he would try to present both sides of an issue but that some parents objected to his mentioning conservative arguments for their children to consider. But he said he’s unintimidated by the left and has no problem with controversy. In fact, he says, it would be disheartening if his writings were simply ignored.

Today, McLaughlin is “troubled” to be in a world in which he feels the media, tech giants, educators and federal bureaucrats are predominantly left-leaning. Guerringue, he says, is heavily influenced by The New York Times, which he says only prints the news that fits its agenda. “Doesn’t mean it isn’t happening if it doesn’t appear in the pages of The New York Times,” quipped McLaughlin.

He added, “I think that conservatives should summon more courage and speak to issues and not worry about being attacked by the leftist media.”

While McLaughlin believes the left wields an enormous amount of power, he finds hope in the conservative vanguard in states like Florida.

“They’re run by a conservative governor (Ron DeSantis) who tries to keep the government small, tries to let business operate with fewest regulations possible and keeps taxes down,” McLaughlin said, adding, “People are flocking to the state and leaving states like New York or California and Illinois, which are blue states. They’re losing congressional seats according to the last Census.”

McLaughlin voted for Donald Trump but didn’t like his crude style and said he would have prefer someone more “polished.” He believes DeSantis fits that bill as he is a smart executive with “guts.”

“If you want to know who the prospects are for the right for conservatives, look at who’s being trashed the most by the left-wing media,” said McLaughlin.

He says left-wing entities like The New York Times have been hurling unfounded accusations of racism for years. He also points to the left’s insistence that biological males claiming to identify as female can play women’s sports. This, he says, undermines biological women who seek to achieve on a fair playing field. He said this whole situation is “bizarre.”

He says children are being pushed into having transgender surgeries and taking hormones when they would benefit more from talking to a caring adult who can help them manage their feelings.

What concerns McLaughlin now is economic turmoil caused by money printing, the deficit and increasing taxes on the wealthy who will end up fleeing the country and taking their capacity to create jobs with them.

“We already have civil unrest … but Mark and The New York Times call them protests,” said McLaughlin. “Well, they’re not protests. They are riots. It’s already here.”

Guerringue says they have butted heads in recent years over the topics of McLaughlin’s columns. “When he was a teacher he wrote about classroom discussions with his kids, which was a local hook,” said Guerringue.

“Because the Sun is a community paper, I ask our local columnists to write about local topics. When he retired he drifted almost exclusively to national topics, which I don’t want. And he got mad when I spiked a few.”

Beyond that, Guerringue says he and Tom get along personally.

“Tom is a good guy and does things like volunteer to coach prison inmates in Maine,” said Guerringue.