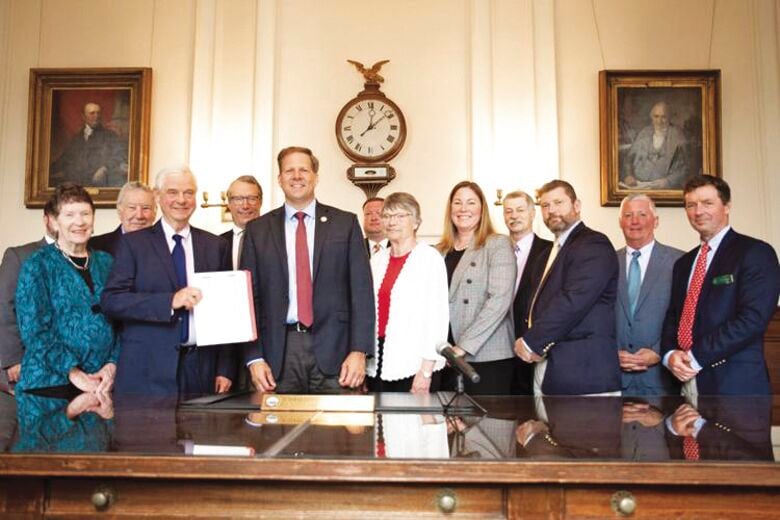 Flanked by North Country legislators, Gov. Chris Sununu stands with by Sen. Jeb Bradley (R-Wolfeboro), holding SB 85, the broadband bill that Sununu signed into law on Tuesday. On the other side of the governor is state Rep. Karen Umberger (R-Conway). (COURTESY PHOTO) 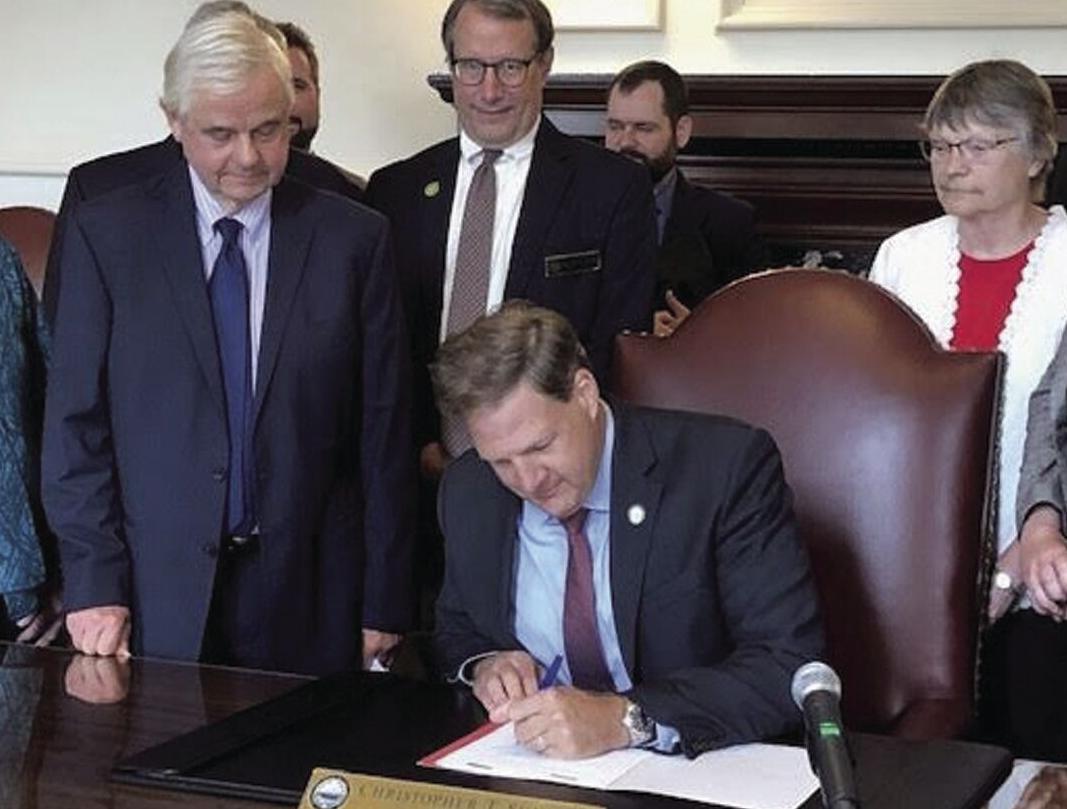 Flanked by North Country legislators, Gov. Chris Sununu stands with by Sen. Jeb Bradley (R-Wolfeboro), holding SB 85, the broadband bill that Sununu signed into law on Tuesday. On the other side of the governor is state Rep. Karen Umberger (R-Conway). (COURTESY PHOTO)

CONCORD — A bipartisan Senate bill aimed at increasing broadband access across the state and reducing coverage gaps in rural areas was signed into law Tuesday.

Meanwhile, officials in Carroll County continue to organize so such funds can be used here.

As the bill was signed into law by the governor, Majority Leader Jeb Bradley (R-Wolfeboro), prime sponsor of the bill, issued as statement that said, “The pandemic has revealed real disparities in coverage, especially in the North Country and other rural areas of the state.

"Better broadband improves telecommuting, telemedicine and remote education, as well as gives us the ability to stay in touch with family and friends. SB 85 becoming law today will go a long way to reaching our goal of improved internet access so that people all across New Hampshire can be competitive when it comes to their education and their businesses.”

“Last year, during the height of the COVID pandemic, as folks were using the internet more than ever for work, school and to socialize, New Hampshire was one of the few states in the country to use our CARES Act money to invest in broadband across the state.

“New Hampshire’s program was wildly successful — bringing together the state, private and municipal partners — all to get the job done and connect our rural communities in a sustainable way," the governor said.

SB 85 establishes the Broadband Matching Grant Fund through the Department of Business and Economic Affairs and is to be funded with state appropriations, gifts, grants, donations and available federal funds. Grants will be awarded to projects to expand broadband coverage.

Bradley by phone said communications districts, towns and counties can apply for funding to get broadband initiatives going  but would require matching funds from applying municipalities and participation from private providers.  In towns like Sandwich a need for more broadband has been identified.

"I think this will be helpful," said Bradley.

Hiland said Carroll County Broadband is still trying to form a communications district that could accept grant funding toward increased broadband access in the area.

"As soon as we hear the governor has signed it (SB 88) — and we've been told that he's going to — we're going to put notice out to all towns to appoint people to the planning committee," said Hiland.

Meanwhile, Carroll County was recently awarded $9.5 million through the American Rescue Plan, and Hiland hopes that maybe $30,000 of that could be used to hire a consultant to help write the bylaws for the communications district.