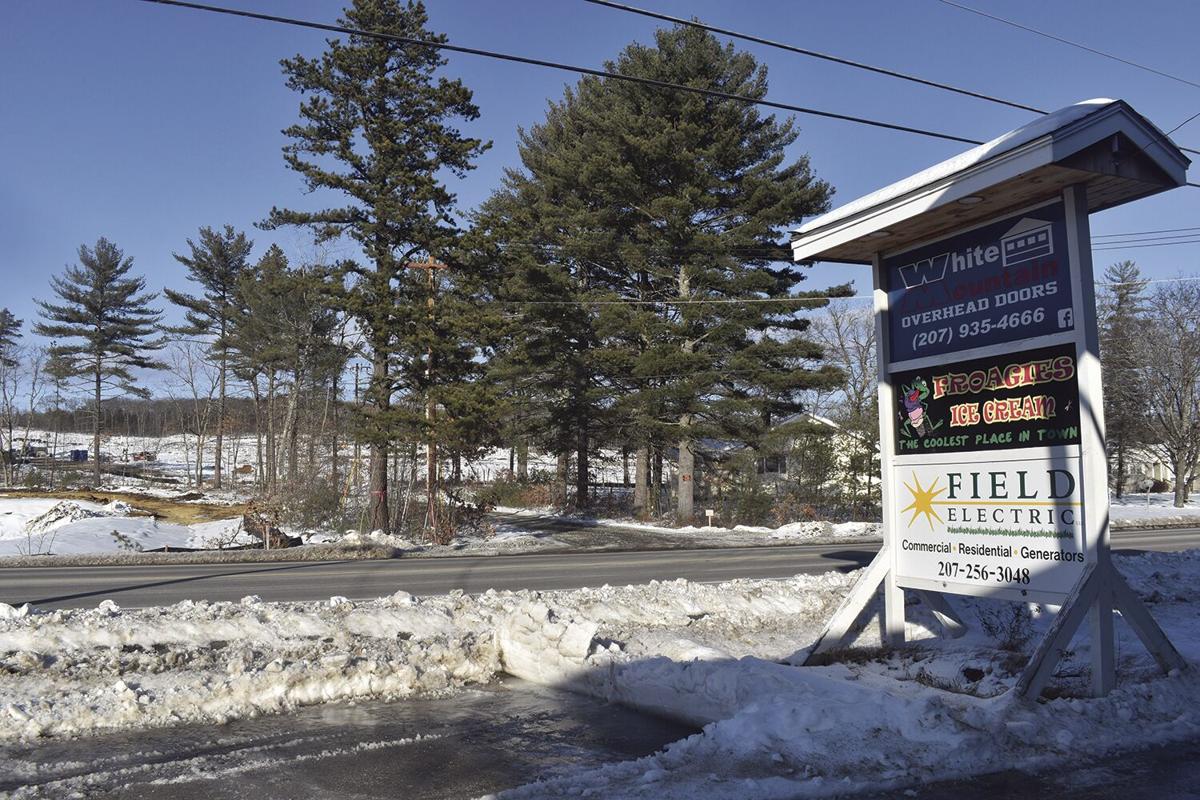 Fryeburg Selectman Kimberly Clarke said recently that residents who live in the neighborhood across from Froagie's Ice Cream on Route 302 don't like the view of solar farm being erected behind their homes. (DAYMOND STEER PHOTO) 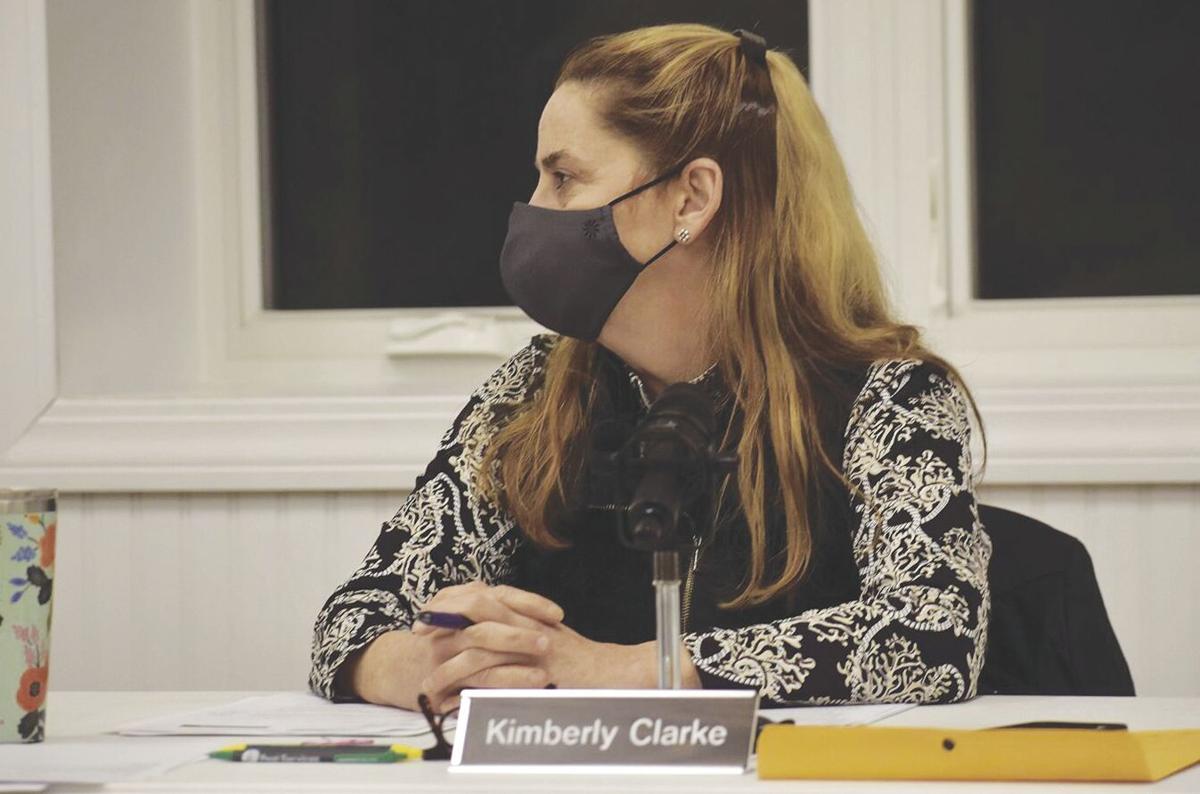 Selectman Kimberly Clarke says people are complaining to her about a solar project visible off of Route 302. (DAYMOND STEER PHOTO)

Fryeburg Selectman Kimberly Clarke said recently that residents who live in the neighborhood across from Froagie's Ice Cream on Route 302 don't like the view of solar farm being erected behind their homes. (DAYMOND STEER PHOTO)

Selectman Kimberly Clarke says people are complaining to her about a solar project visible off of Route 302. (DAYMOND STEER PHOTO)

The 94-acre solar project was approved in June 2020 by the Fryeburg Planning Board. It was brought forward by Walden Renewables — the same company proposing to build an array on 177 acres in nearby Lovell — and Boyle Associates of Portland, Maine.

When fully built, it will have a 17-megawatt capacity, enough electricity to power thousands of homes with green energy.

Presenting to the planning board were Walden’s Chief Development Officer Jack Kenworthy, Walden’s head of development in New England Paul Williamson and Dale Knapp of Boyle Associates, an environmental consulting firm. The project has an anticipated 40-year duration that could be extended.

The large solar project in Lovell will be discussed at a selectmen’s meeting today, which starts at 7 p.m. at town hall.

Specifically, they will discuss of a solar moratorium draft ordinance which could stop the project and holding a public hearing Jan. 18.

Meanwhile, the Fryeburg array that is now under construction is accessible from West View Drive (south of the Fryeburg Fairgrounds RV lot) and from Route 302 (Bridgton Road). The panels will be situated on a property that totals 135 acres, which will be leased.

Kenworthy told the Sun the Fryeburg project was sold to a company called Nautilus Solar in Summit, N.J., last year.

At last Thursday’s selectmen’s meeting, Clarke brought the project up during her selectmen’s report.

As of now, the panels don’t seem to be up and running, but work is well underway.

“I’ve gotten some phone calls from residents who are very unhappy with the large solar project down the road, and I have to say that I agree with them,” said Clarke, who works as a Realtor.

“I don’t think enough thought was given to create a buffer between the residential homes and a project as large as this project, and I think it would be a good idea for the planning board to take a look at our ordinances,” Clarke said.

She said perhaps ordinances should be developed to protect residential neighborhoods from abutting large commercial developments by giving some visual screen or setbacks.

According to Clarke, at least one home has been put on the market since the project was built, and she expects a second to follow suit.

Of the site, Clarke said, “I was shocked when I drove by it.”

She said solar projects need to be developed to get the United States off its dependency on fossil fuels, but there also needs to be buffers, trees or fencing to preserve the look of neighborhoods.

About 94 acres of trees are to be cleared for the project, according to meeting minutes.

By email, Selectman Tom Klinepeter said the area behind the houses was all wooded before the solar farm construction began. He said the project was vetted by the planning board.

Town Code Officer Chris Walton said in a Monday email that Phase 1 constitutes about 25 acres and will produce nearly 7 megawatts. It is expected to be operational in the spring.

“As far as screening, there was no specific requirement to provide screening in either the Maine DEP approval or the Town of Fryeburg approval,” according to Walton.

“However, it should be noted that after construction is complete and the area is reseeded with meadow grass, there will be between 100 and 200 feet of distance between the first row of solar panels and the backyard property lines of the residences along Bridgton Road,” he said.

“While no trees are to be provided (that would not really be consistent with the operating requirements of a ‘solar’ utility), the stretch of meadow between the first row of panels and the residential property may help with the visual impact,” Walton said.

“In addition to providing clean energy for Maine’s power grid, this project will infuse much needed tax dollars into the local municipal economy,” he added.

Tom Kingsbury, selectmen’s chair, said that he attended the meeting where it was approved, and the plan is to install trees and a fence.

Town Manager Katie Haley said the fence would be for security, not aesthetics.

“I understood it at the planning board meeting that they had to put up a buffer be there so that it wouldn’t be visible,” said Kingsbury, who said the project isn’t done.

Haley added that construction needs to be done by “March or something.”

She said after that, the town can “broach” a conversation about visual screening.

But the minutes say that screening trees won’t be planted.

Former selectman Rick Eastman, speaking at the selectmen’s meeting public forum, suggested that Maine Inland Fisheries and Wildlife could possibly stop such projects if it could be proved that deer spend their winters in the area where a project was being proposed.

Eastman said he would run again if Klinepeter and Jim Dutton choose not to. Elections are in June.

Planning board minutes from April 2020 say Dale Knapp from Boyle Associates said the area was not mapped as a deer yard.

“We’re very happy to find that really, there’s very little visibility — in many cases, no visibility of the project from roads in town, public spaces, and that includes Jockey Cap, which is obviously nearby,” said Kenworthy.

In addition, “there’s no threatened or endangered species impacts that are going to happen here,” he said.

Resident Nora Schwarz, speaking on Zoom on June 2, asked applicants to confirm the project couldn’t be seen from Jockey Cap.

Kenworthy replied that the scenic view from Jockey Cap is in the opposite direction from the project.

“Looking out towards the mountains, if you kind of turn 180 degrees and look back at the project site, in leaf-off conditions ... there will be limited visibility of portions of the project,” said Kenworthy.

He said that the acreage in question received an approval over 10 years ago to be developed for housing and noted that homes are “obviously significantly taller, and drive traffic and create noise in ways that this project won’t.”

Kingsbury (on Zoom, and speaking as a resident and not in his official capacity) had urged the planning board to approve the project.

After about two hours, the planning board approved the project 5-0 with a lengthy set of conditions that were mostly written by then planning board member Ed Price.

Conditions also were added to put in a reasonable effort to use a pollinator-friendly seed mix and that there would be opportunities for education to local residents and students on the site (which might include beekeeping).

Lesson learned-please say 'no' and keep Lovell off of the Walden tree chopping block. https://youtu.be/TTkn4ASKvS4