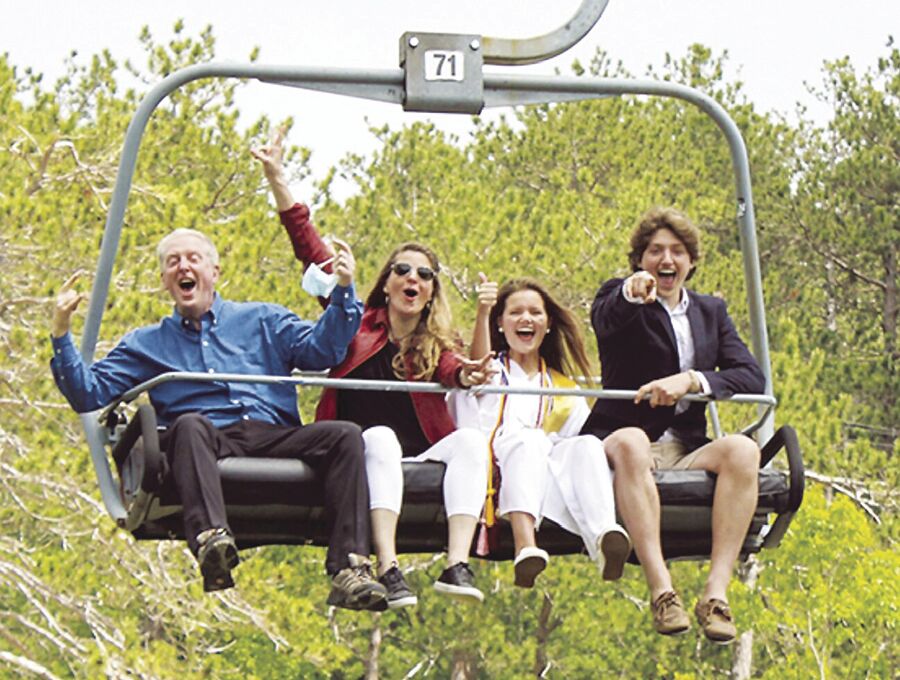 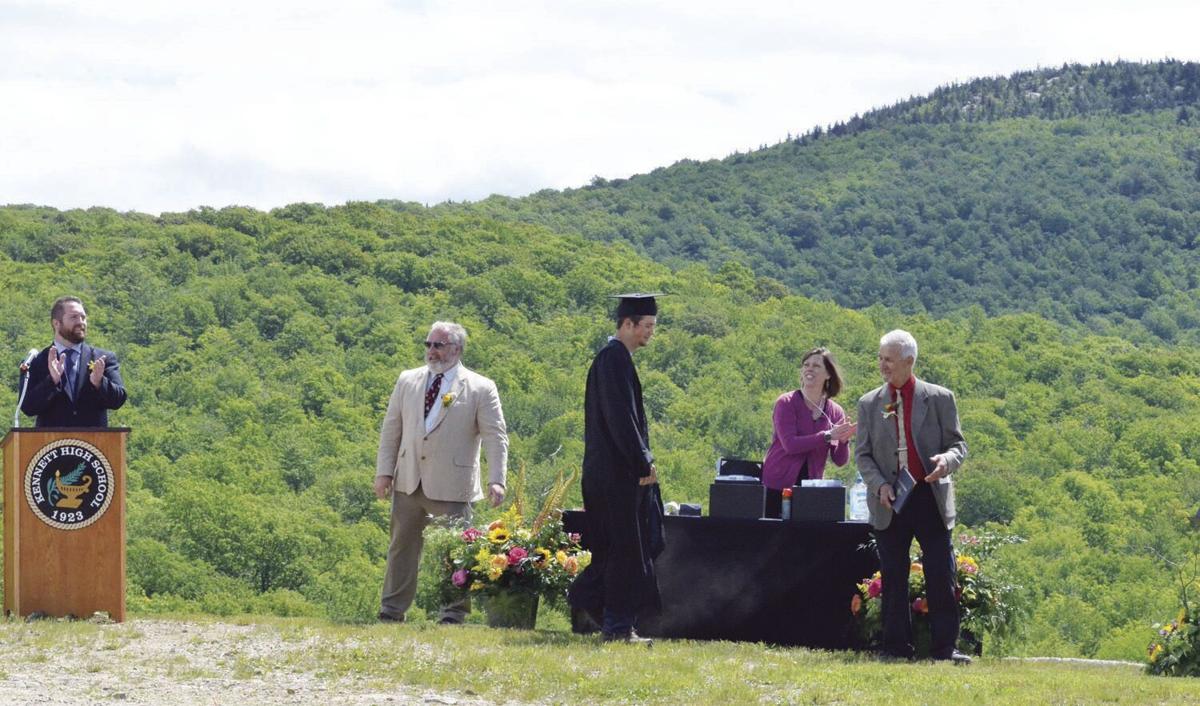 CONWAY — The Eagles will once again soar from the summit of Cranmore Mountain when they receive their diplomas in June.

The Conway School Board voted unanimously to move graduation for the Kennett High Class of 2021 from Saturday, June 12, to Sunday, June 13, to provide the seniors with the same chairlift graduation experience that the Class of 2020 thoroughly enjoyed last year. The unique event drew worldwide attention.

Prior to last year, commencement had traditionally taken place in Millen Stadium when the weather cooperates or was moved into the gymnasium if it rained.

Due to the pandemic, it will again be a socially distanced graduation ceremony, but this year it will feature two days of celebrations for the hometown flock.

On June 12, the Eagles will be recognized with a car caravan along the annual championship team parade route, down Eagles’ Way onto North-South Road into North Conway and returning along Route 16 back to the school. Following the caravan, a senior awards ceremony has been planned under a 200-person tent on the school grounds.

“We’re trying to be respectful and celebrate the seniors in a special way,” Superintendent Kevin Richard said by phone Tuesday. “Cranmore has been very gracious and so supportive throughout this whole process. They want it to be a day to remember for the Class of 2021, and I’m sure it will be.”

“Previously, we had looked at targeting the presentation of the diplomas for June 12,” KHS Principal Kevin Carpenter explained to the school board on Monday night. “We’ve been speaking with Cranmore, they couldn’t guarantee that we could have the summit to ourselves that day as they will be open.

“Last year, they were closed at that time and didn’t really know when they’re going on,” he said, adding, “They can guarantee on Sunday that we’ll have the summit to ourselves.”

Carpenter noted: “I think we’re going to be able to pull off a little bit more than what we were able to last year just because we know what we’re dealing with. We’ve been handling a pandemic this entire year, we’re very practiced. We’re excited because it’s going to be another great version of graduation for the kids.”

In terms of the June 12 events, he said: “On Saturday, for the caravan, we’ll condense the route down to what has become our championship route.”

Once back on campus, a banquet is planned for the Class of 2021. “We’ve got a quote for a tent, which would be able to house kids spaced out for up to 200. We’re looking to have some food for the kids, which we’d space them out across the campus using some local food trucks, potentially, and some vendors.”

He added: “The kids want to do their speeches live. So the valedictorian and salutatorian, student council members and student body president will deliver them. Then the awards that we did last year through video will take place live.

“This event will be for the kids, but it will be live streaming for that portion of it for all the families so they can also see. We’ve talked about trying to find a way to very discreetly invite the families of the award to have them be there in person as well,” Carpenter said.

The idea of using Cranmore as a possible graduation site last year came from Rich Stimpson of Bartlett, whose daughter Sophie was a senior at Kennett and is now attending James Madison University in Harrisonburg, Va.

“Pam (Stimpson, director special services for SAU 9, wife to Rich and mom to Sophie) brought up the idea,” he said. “I brought it to Kevin Carpenter. (Assistant Superintendent) Kadie (Wilson) and I talked about it, and it had some legs. Then we got the approval (from state Sen. Jed Bradley, Education Commissioner Frank Edelblut and Gov. Chris Sununu). The commissioner said, ‘This a good idea,’ he really liked it.”

This year, as last year, graduates, in alphabetical order, with their guests, will ride the Skimobile Express quad chairlift up the mountain. They will stop at the east bowl with spectacular views of Peaked and Middle mountains, where the graduate will be announced by Carpenter, be presented their diploma, have a photograph taken and be acknowledged by Richard and Conway School Board Chairman Joe Lentini and then proceed to the Meister Hut, where another photo will be taken. Then the group will head back down the mountain.

“It looks like it would be about a 30-minute round trip, similar to last year — about 10 minutes up the mountain, from station to station, roughly about 10 minutes to the time you get back on the chairlift, and then 10 minutes down,” Carpenter said.

Board member Randy Davison said he hoped changing the date “doesn’t upset some people who have already made plans for that date. That’s one of the reasons why we always try to set (the graduation date) earlier for the seniors so that families know way in advance if they’re making accommodations or arrangements to be here for graduation.”

Carpenter said: “It’s not a significant change. It’s just the one day, so we’re really hopeful that doesn’t impact any additional travel plans.”

Cranmore has also offered Monday, June 14, as a rain date.

Lentini is all for another chairlift ceremony.

“I just remember how thrilled families were at what last year turned out to be. I’m just really, really pleased. I didn’t even hope that Cranmore would be willing to do this all again, so I’m thrilled at the prospect,” he said.

Fellow board member Joe Mosca made a motion to change the graduation date to June 13. Dr. Michelle Capozzoli offered a second, and the motion passed unanimously.

Carpenter plans to schedule a meeting with the senior class and their families next week. He is looking for additional parent and student representation in planning the weekend’s events.

“Anyone in the community, if they have any resources or want to help support this, we’d love to do what we can for the kids,” Carpenter said.

“Whatever we can do for them, we really want to try and go out of our way to go above and beyond for these kids.”