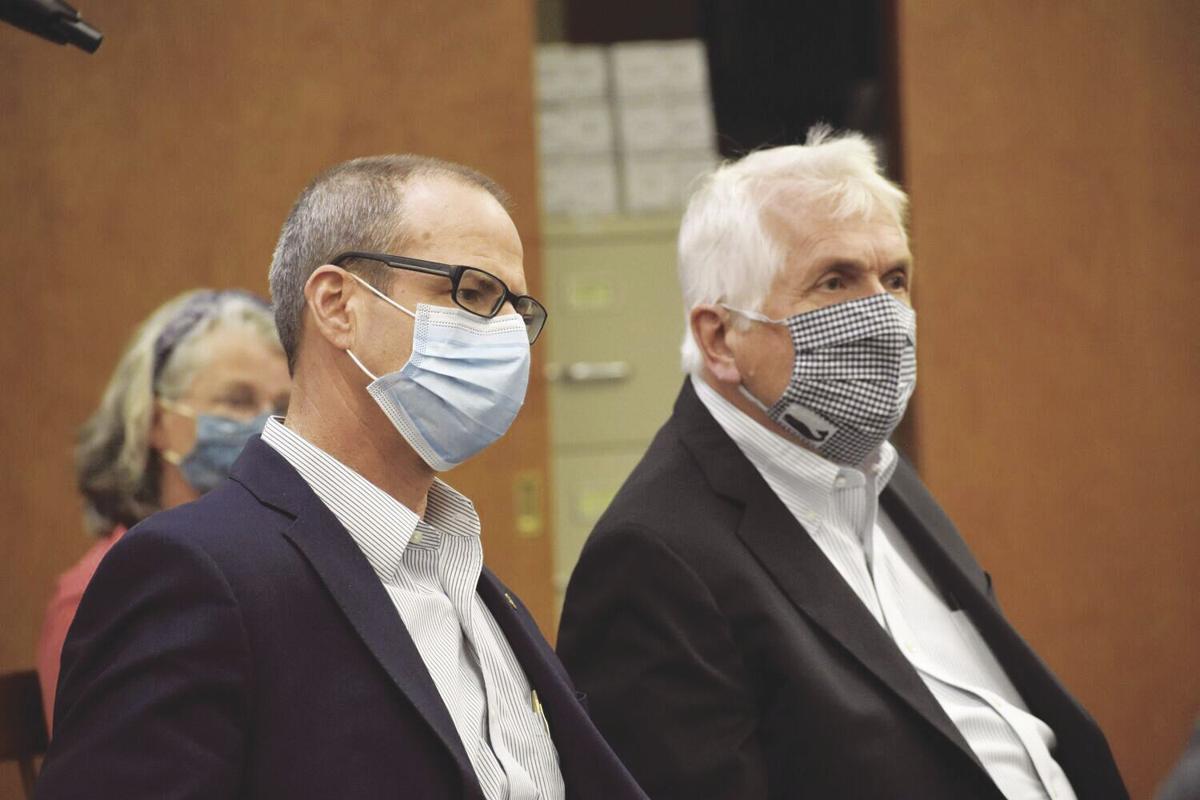 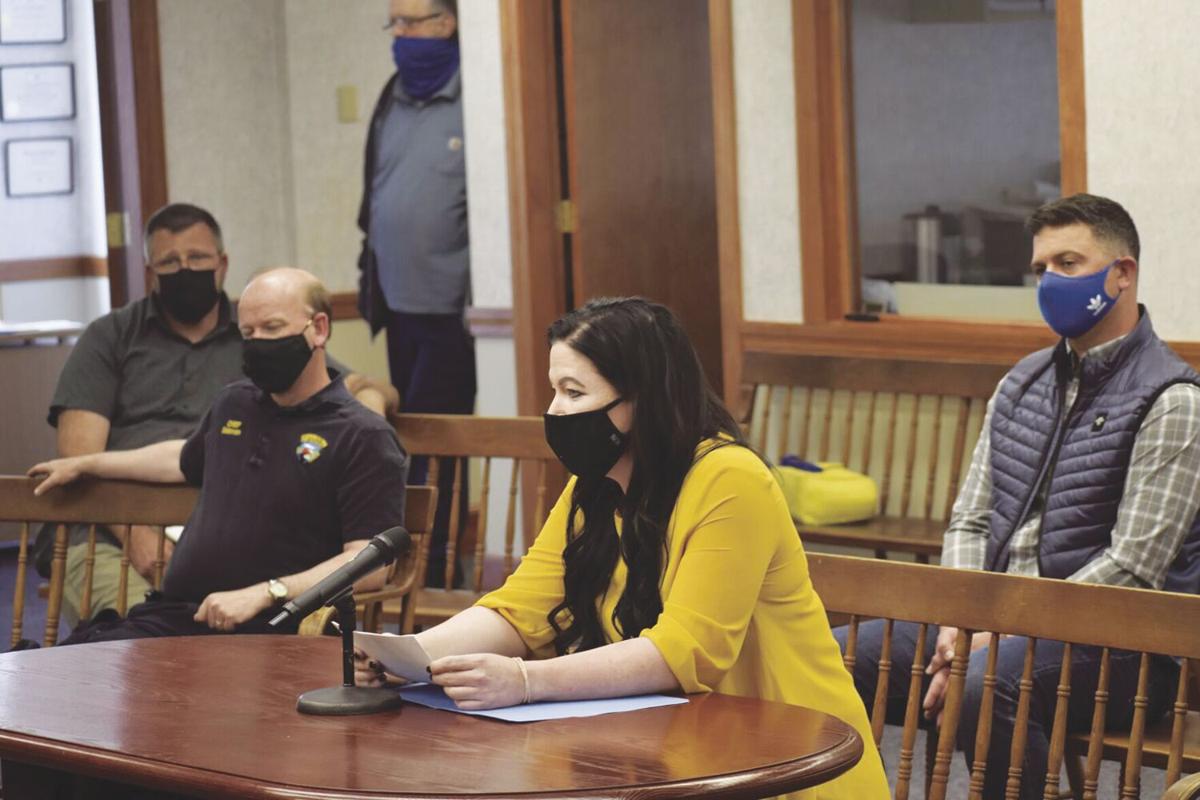 CONWAY — Despite entreaties from a property owners’ group, a statement released Wednesday by Town Manager Tom Holmes as well as the fact that the town has brought in another attorney “to deal with anticipated litigation” indicate that selectmen are spoiling for a court fight over their plan to enforce a ban on short-term rentals in residential areas.

At Tuesday’s selectmen’s meeting, several people spoke about short-term rentals, including the representative of a group called the Mt. Washington Valley Association for Responsible Vacation Rentals. One woman asked if an economic study could be done before enforcement begins. A man was told by selectmen’s chair David Weathers to “keep it clean.”

The property owners were responding to a letter the town issued last Friday to more than 500 STR owners in town, informing them that non-owner-occupied short-term rentals are not allowed in residential zones and they had 30 days to respond.

After Tuesday’s meeting, selectmen met with town counsel Peter Malia of Hastings Malia in Fryeburg, Maine. On Wednesday, Town Manager Tom Holmes released the following short statement to the Sun, saying, “The selectmen instructed counsel to proceed with the most expeditious way to get a judicial resolution of the STR issue.”

He added that upon Malia’s recommendation, the town has hired attorney Russ Hilliard with Upton & Hatfield LLP, with law offices across the state, “to assist with anticipated STR litigation.” Hilliard works out of the Portsmouth branch.

Malia has been instructed not to speak to the press. But asked in an email by the Sun, “Does that mean they want to start enforcement, get sued and go to court to get it over with?” Holmes replied, “Yes.”

Despite being on vacation, Holmes sat in on the meeting, which, although short-term rentals were not on the agenda, had property owners there to address their concerns about the rental ban during the public comment portion.

Abbey Moore of North Conway, who said she represented the Mt. Washington Valley Association for Responsible Vacation Rentals, read aloud a letter from the group, said to number 1,200 members.

In the letter dated May 11, the group asks selectmen to reconsider their decision to institute a ban and instead pause to allow the community at large to forge a comprehensive set of solutions.

“We kindly request a moratorium on serving cease-and-desist orders, at least through the end of the next New Hampshire State General Assembly (New Hampshire General Court)," the letter said in part.

“We will use this valuable hiatus to demonstrate that we are valuable and considerate members of the Mount Washington Valley community and are focused on further improving the town and its reputation as a wonderful tourist destination,” the group said.

Also during public comment, Debbie Savo told selectmen she has owned a home in Conway for 21 years. She said it was built as a vacation home and was used that way for decades.

"If you choose to do a pause on your ban, I propose there be an economic impact statement done in the money that is brought to your town and spent in your town by the vacation renters," said Savo, adding that many municipalities have found ways to benefit from short-term rentals.

Chris Vachon of Barrington urged selectmen to come up with a compromise. He said he is a second-home owner and would like to have the option to rent out his home short-term.

"I'm hoping that maybe we could take a step backward and work within the law," said Vachon. "I wish we take a pause and step back and start working together. We're not breaking the law, but you think we are."

Holmes, who attended the meeting despite being on vacation this week, said he would not get into a debate. "I just spent four years working on this issue," he said.

To which Vachon replied, "Yeah, but it didn't get solved."

At another point, Vachon said that based on Conway Daily Sun reporting, he gathered that four out of five selectmen were against short-term rental owners as is the entire Kearsage Lighting Precinct.

"We're not going to make this personal," said selectmen's chairman David Weathers. "Let's keep it clean and to the point."

Hehe. The town gleefully collects all those exorbitant property taxes, and then chooses to violate the Takings Clause of the Constitution, which says Government cannot take away something of value without compensation.

Further, this is truly a double edged sword for Conway, as they will lose revenue when the STR's are banned due to lack of tourism.

Welcome to the bigtime, Conway. Hope the legal fees you'll pay won't impact your town budget too much, hate to see taxpayers paying for this frivolity

When the town loses, the group should sue for legal fees and damages as well. It is known law that you cannot make a thing illegal that has been legal forever, without grandfathering or compensation. Edicts don't do it. The voters had a chance to decide.

About time. I’m surprised STR owners want this fight considering they can’t even afford to own there homes without the financial income of STRS. Better hope they win 😂 can’t wait for all the foreclosures and mass selling off of property they can’t afford to start 😂

I don’t want to disappoint you, but you will not see houses prices even go down, forget about foreclosure 🤣

Second home owners are smart enough to secure their investments.

You will see higher unemployment and low tourism, what will hit North Conway economy, local businesses and hard working people. I am not even talking about legal part of STR ban

Tom Holmes, who has been in a 27 year tax payer funded roll for the town of Conway, continues to milk his job for all he can.