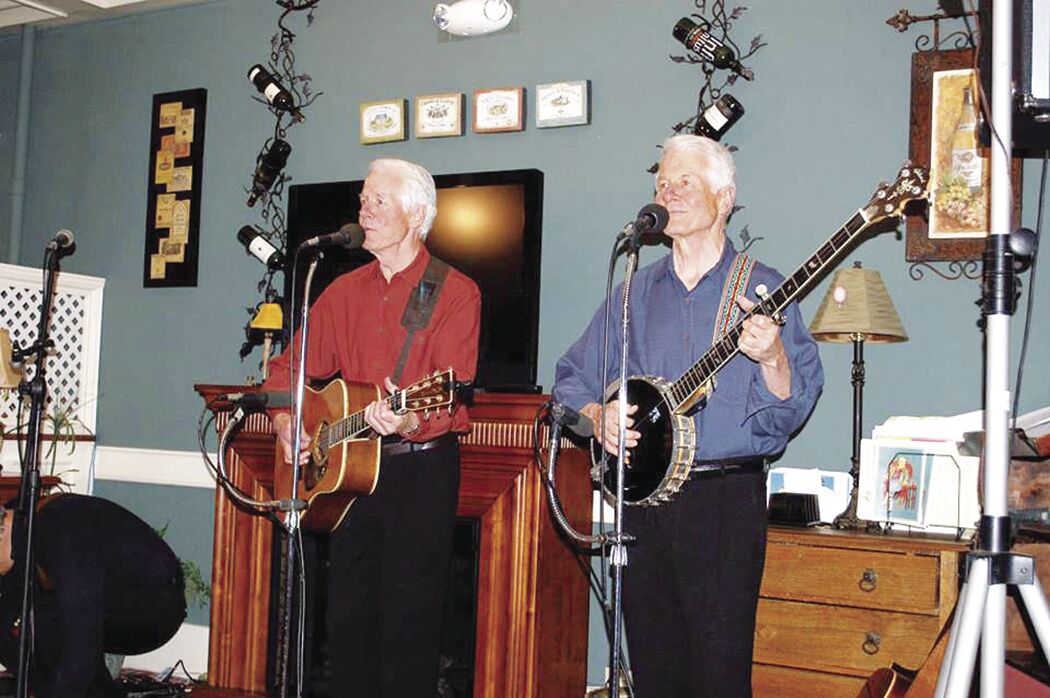 The Shaw Brothers (Rick, left, and Ron) are shown performing at the Eagle Mountain House in 2010. (COURTESY PHOTO) 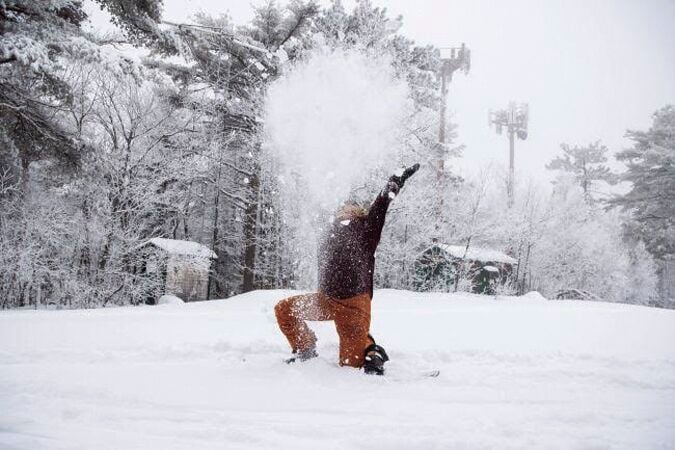 Ski areas received a few inches of fresh snow this past Wednesday, including Great Glen Trails (above), much to the delight of this snow lover. Could more snow be in the forecast for Groundhog Day Feb. 2? (COURTESY PHOTO)

The Shaw Brothers (Rick, left, and Ron) are shown performing at the Eagle Mountain House in 2010. (COURTESY PHOTO)

Ski areas received a few inches of fresh snow this past Wednesday, including Great Glen Trails (above), much to the delight of this snow lover. Could more snow be in the forecast for Groundhog Day Feb. 2? (COURTESY PHOTO)

THEY TAUGHT THE WORLD TO SING: It is with sadness that we share the news from friend Sallie Macintosh of Kittery, Maine, that Rick Shaw, of the famed New Hampshire Shaw Brothers musical duo, died Thursday at the Edgewood Centre in Portsmouth at age 79, just a few days short of what would have been his and his late twin brother Ron Shaw’s 80th birthday.

Born in West Stewartstown, the Shaws moved to North Conway at an early age and began harmonizing to cowboy songs with their father. After graduating from Kennett High, the twins attended UNH in 1959 and began singing on campus. Soon they were taking their act all over New England. In 1962, along with a few college friends, they received top honors at the National Inter-Collegiate Music Competition.

It was as the Hillside Singers that they recorded the Coca-Cola jingle, “I’d Like to Teach the World to Sing (in Perfect Harmony)” that rose to No. 13 on the pop charts. They appeared on TV’s “The Tonight Show.”

The Shaw Brothers were given the title “New Hampshire’s musical ambassadors to the world” by late Gov. Hugh J. Gallen.

At the Oct. 16, 2013, Executive Council meeting, The Shaw Brothers performed their ballad, “New Hampshire Naturally,” dubbed the “New Hampshire Song.” It was named the official state song in 1983.

They used to love to come to North Conway when their aunt ran Minnie’s Korner Kitchen on the corner of Kearsarge and Main. They performed many benefits, never forgetting their former hometown, and friends such as Margaret and Sut Marshall and Ted Kramer. We are sad but glad that Rick and Ron are reunited, harmonizing together once again.

AFTER A PRETTY LOW snowfall season so far, valley snowsports enthusiasts are hoping for a possible Groundhog Day Nor’easter next Tuesday, Feb. 2. We’re in for a cold but sunny ski weekend, but then we might get the Nor’easter —or maybe not. Accuweather is calling for 3-6 inches Monday night into Tuesday afternoon. Keep your ski tips crossed!

Of course, if it’s overcast down in Pennsylvania for Groundhog Day (Tuesday) as the forecast predicts, it means Punxsutawney Phil will not see his shadow in Gobbler’s Knob, meaning an early spring — but we’ll vote for more winter and more snow!

SNOW REPORT: Before the flakes fly, folks are in for cold days. Today’s forecast is for a high of 19 degrees and mostly sunny Sunday with a high of 26 and little wind — perfect for getting out on the slopes.

Speaking of which, here is the Snow Report as of Friday:

• BLACK MOUNTAIN (blackmt.com; 603-383-4490): Open with 15 of 45 trails and two of five lifts: The Double Chair is open to the mid-station, according to Black’s snow reporter, who says terrain is recommended for intermediates to advanced. Today’s recommended route: East Bowl to Drop Off to Upper Valley View to Valley View to Lower Speedwell to Playgrounds.

• SADDLEBACK (saddlebackmaine.com; 207-864-5671): We welcome Saddleback to our Snow Report this week. Now 99 percent open with 67 of 68 trails and all three lifts. Located in Rangeley, Maine, Saddleback reopened in December after a five-year hiatus with an overhauled lodge, new chairlift and protocols aimed at keeping skiers safe in a pandemic. Driving distance from North Conway: 115 miles, following the U.S. 2 route (2 hours, 33 minutes). Be sure to check them out and tell ‘em The Sun sent ya!

• BEAR NOTCH (bearnotchskitouring.com; 603-374-2277): Great terrain opening up with recent snow and grooming. “We’ve got excellent skiing on 15 kilometers on our internal trail network, especially No. 5 and 19,” noted Doug Garland Friday, who said the snow this week enabled them to open the 10 km Yates Farm loop so they’re offering about 20 km of “really nice skiing.”

MR. MWV: Lisa DuFault of Valley Promotions says men representing one of 40 Valley Promotions non-profit member organizations can register by Feb. 15 for this year’s Mr. MWV Contest, to be aired on Valley Vision and MWV Promotions in a simulcast of pre-recorded video on Channel 3 and on Facebook March 21. Go to valleypromotions.net for more information.

STAY SAFE, MASK UP AND take some runs or go for a cross-country ski or snowshoe outing this fine weekend. May Punxsutawney Phil see his shadow without jinxing us getting some snow come Groundhog Day — and good luck to all the uphill skiers in Granite Backcountry Alliance’s M.H. Otto Rohde Memorial Skin Up and Ski on the Auto Road today!