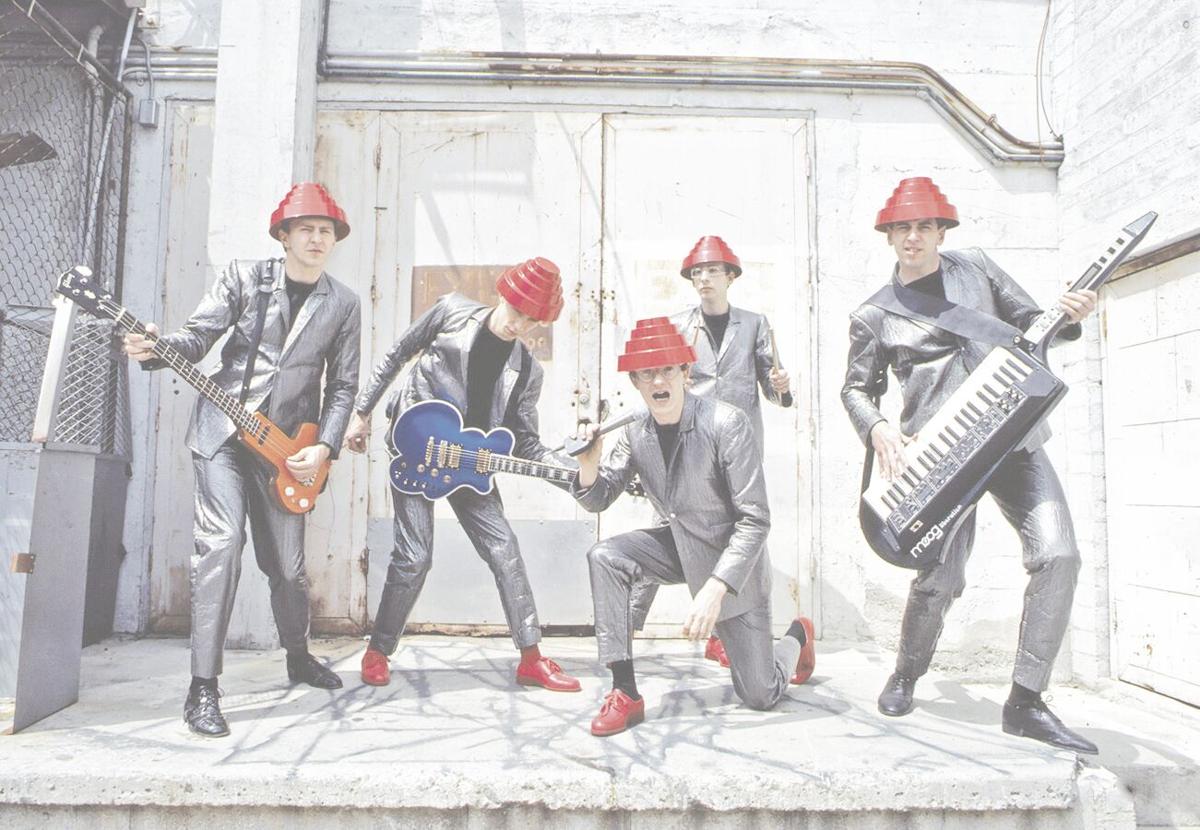 Devo pose on a loading dock behind their rehearsal studio in Southern California in 1980. (ELISA LEONELLI/CLUBDEVO.COM) 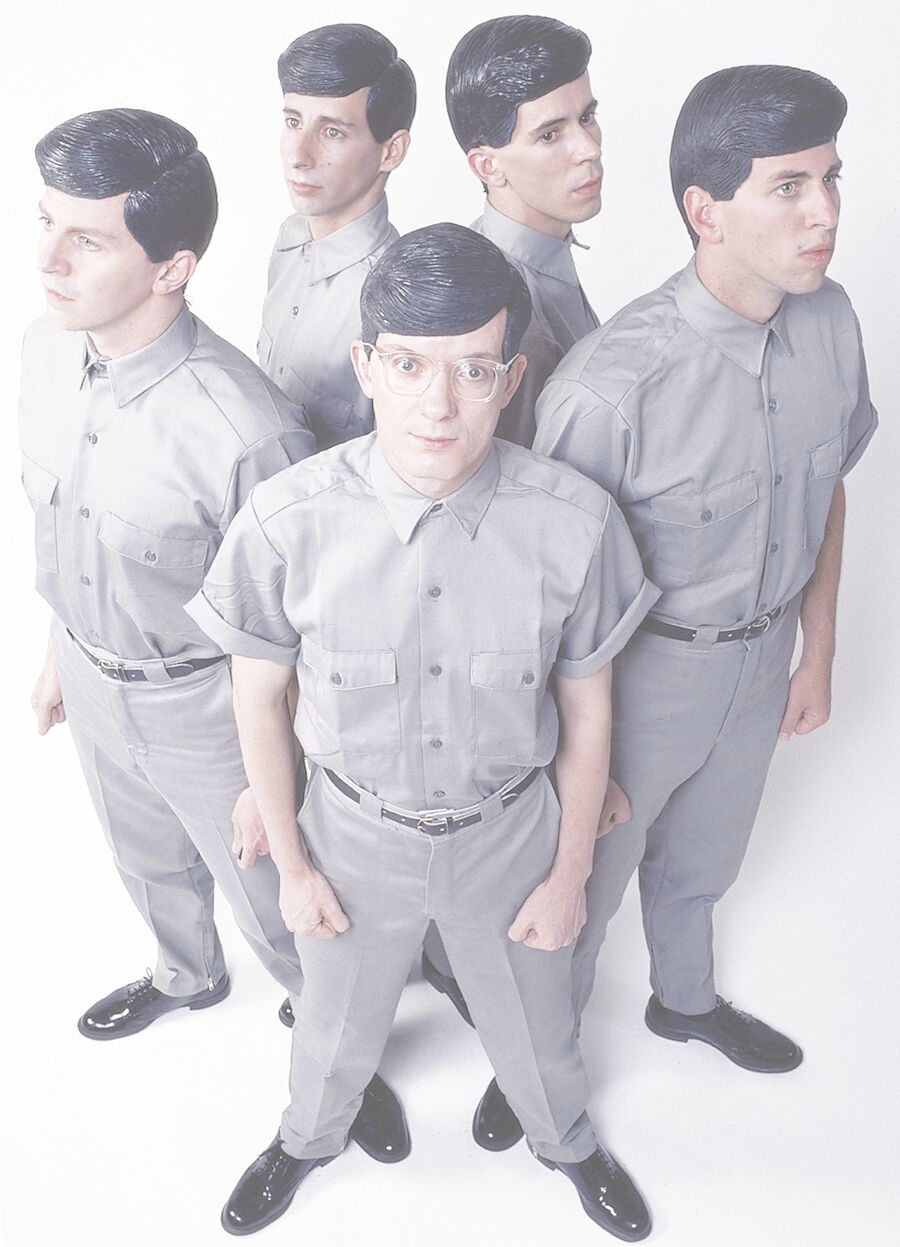 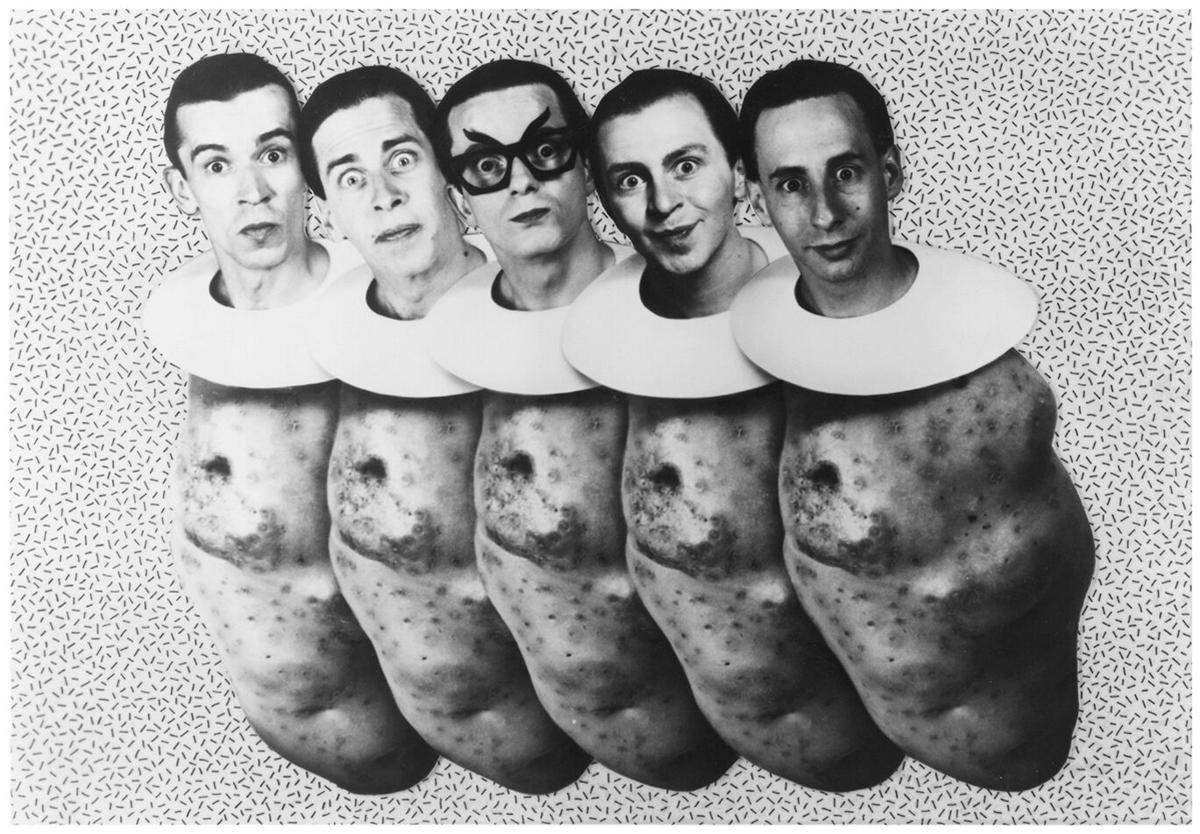 Devo as floating spuds in a promotional photo from the album “Oh, No! It’s Devo." (COURTESY OF CLUBDEVO.COM)

With everything going on right now, including the pandemic and the last week of protests and violence in the wake of the tragic death of George Floyd, who was killed by a white Minneapolis police officer, it feels inappropriate to write about entertainment.

And, yet, my mind keeps wandering to the band Devo, as the group’s music is basically providing the soundtrack to what is feeling increasingly like the worst timeline.

For those who only think of Devo as a quirky one-hit wonder known for “Whip It,” it may seem odd to be returning to the band during this troubling time, but it isn’t as strange as it seems at first blush.

The origins of the band are directly tied to the 1970 shooting at Kent State University, in which 13 unarmed students were fired upon by the Ohio National Guard during a peaceful protest. Sound familiar?

Devo’s founding members, Mark Mothersbaugh and Gerald Casale, were going to Kent State at the time and the shooting had a profound effect on them.

“I’ve said it often and I mean it, but I don’t think there would have been a Devo if not for Kent State,” Casale said in a Rolling Stone article from last month. “Without that trauma and the red-pill changeover, I would have gone down this other path in life.”

In “California Inspires Me,” a 2015 video collaboration between Google Play and California Sunday Magazine, Mothersbaugh also addressed the significance of the shooting on the formation of the band.

“When we first started Devo, Jerry (Casale) and Bob (Lewis) and I were artists who were working in a number of different medias,” Mothersbaugh said in the video. “We were around for the shootings at Kent State, and it affected us. We were thinking, like, ‘What are we observing?’ We decided we weren’t observing evolution; we were observing devolution so we decided to write music around that.”

Devo was influenced by the European dadaism art movement of the early 20th century. Dadaism was a form of anti-art that was meant to subvert and critique conventional ideas of art and culture.

This idea was embraced by Devo by making music that was often syncopated. They were also among the first groups to use synthesizers in their music. The idea was to create a sound that was de-humanized to reflect the devolution of society. This is evident in their deconstruction of The Rolling Stones’ “Satisfaction.”

While their material in the ’70s had a grungier, guitar-heavy sound, by the early-’80s, the band had an almost completely synthesized sound. People missing the point called them sell-outs, despite the fact that lyrically they were still exploring the same ideas that defined them from the beginning.

Similarly, in the subsequent album, “New Traditionalists,” the song “A Beautiful World” presents itself as an upbeat ballad until ending with “It's a beautiful world/For you, for you, for you/It's not for me.”

The song I keep returning to is “Patterns,” from 1982’s “Oh, No! It’s Devo.” The lyrics state: “In this land where stability is hard to find/You can rearrange the patterns so unkind/Don't bother asking why a pattern never cries/Old patterns never die they just go on and on.”

We are currently stuck in two notably repeating patterns. We are in danger of not learning from the 1918 flu pandemic, which had an even more deadly second wave. If we aren’t careful, the same thing could repeat with COVID-19.

Trump has suggested invoking the Insurrection Act, which is the only way a president can send military units into an active law-enforcement role. The last time this was used was to quell the 1992 L.A. riots, which were ignited when four Los Angeles Police officers were acquitted for using excessive force in the arrest and beating of Rodney King, which had been videotaped and widely viewed in TV broadcasts. Again, as Devo said nearly 40 years ago, “patterns all around you.”

If we don’t try to break the cycle we will continue to repeat the mistakes of our past. We won’t evolve. We will just remain stuck in a “Big Sleep,” another Devo song from “Oh, No! It’s Devo.”

As that song noted, “I awoke the moment I was told/That a smile is just a frown turned around/On the face of a clown with a mean streak.”

I literally made an account with this website just so I can tell you how much I appreciate this article !!! Thank you for this !!!