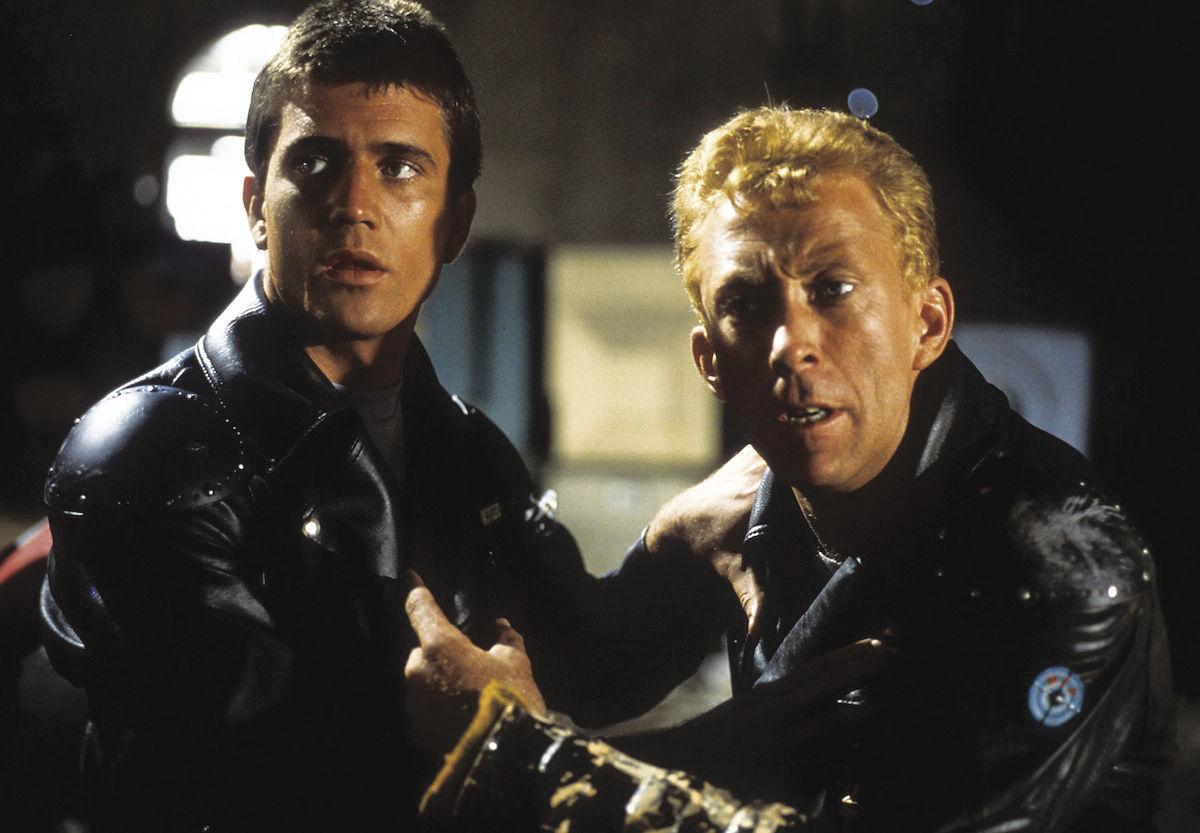 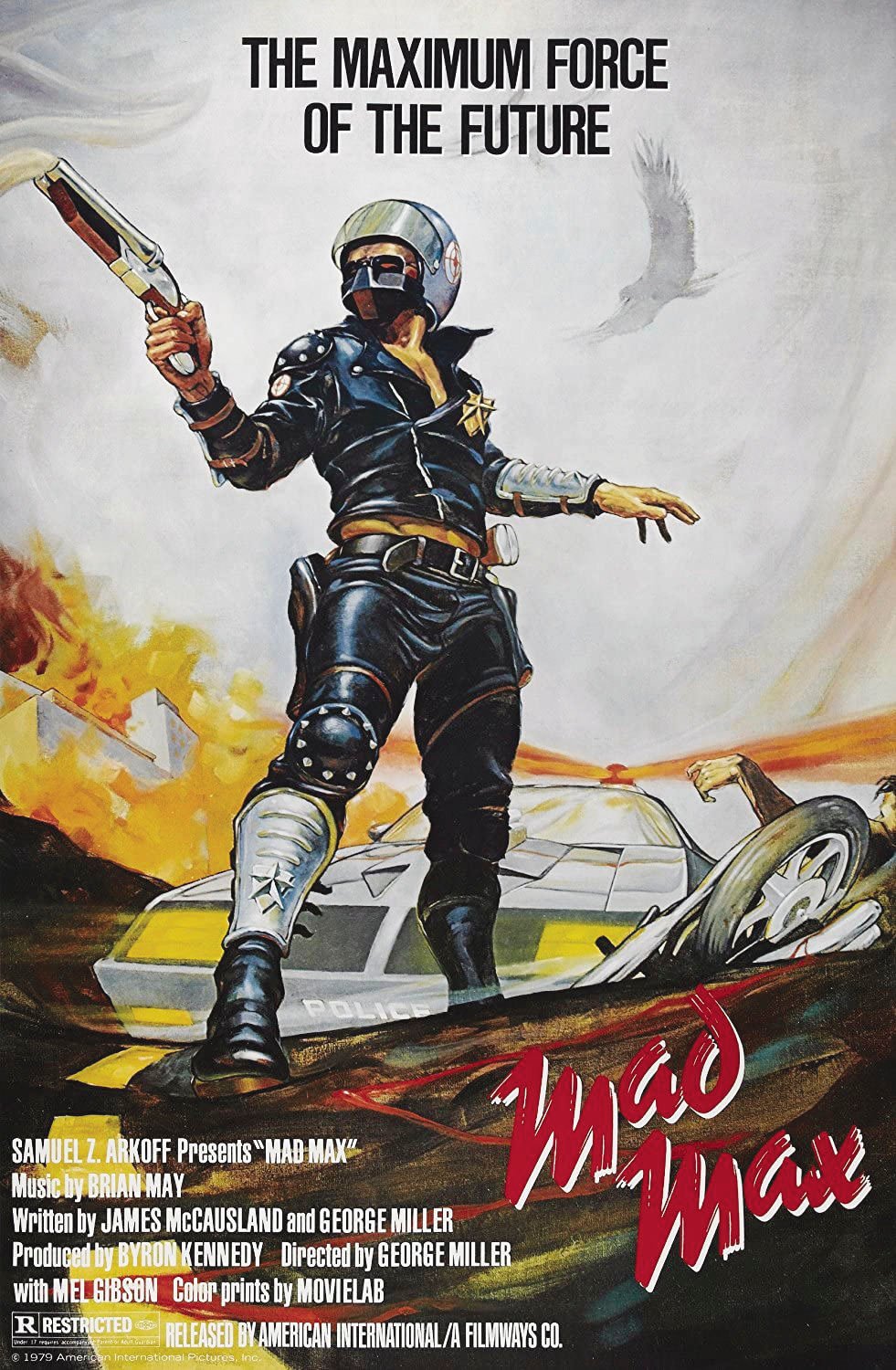 The original "Mad Max" from 1979 was a landmark film in Australian cinema. (WARNER BROS. PICTURES) 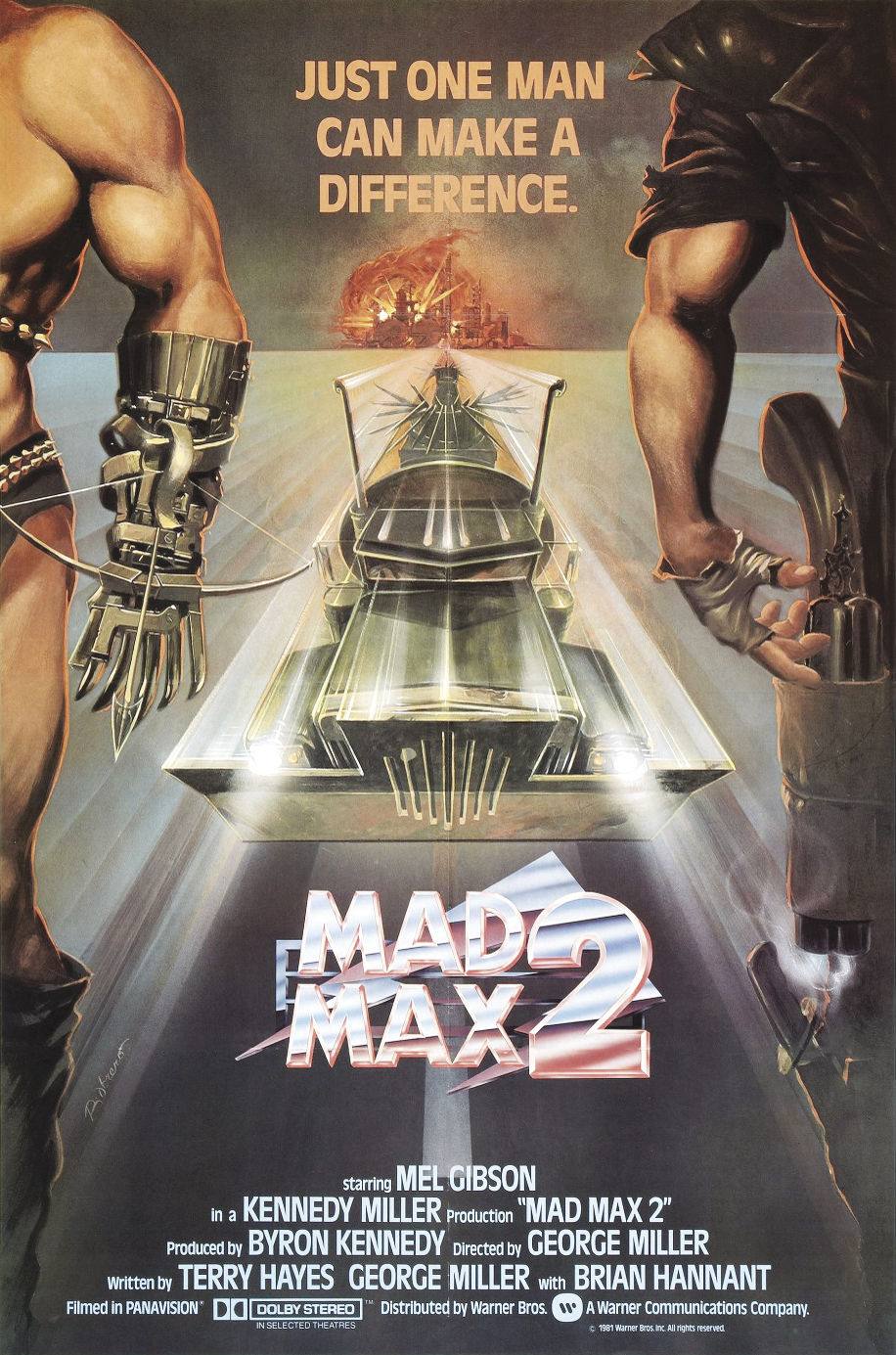 Mel Gibson returned to the role that made him a star in "Mad Max 2" (also known as "The Road Warrior") in 1981. (WARNER BROS. PICTURES) 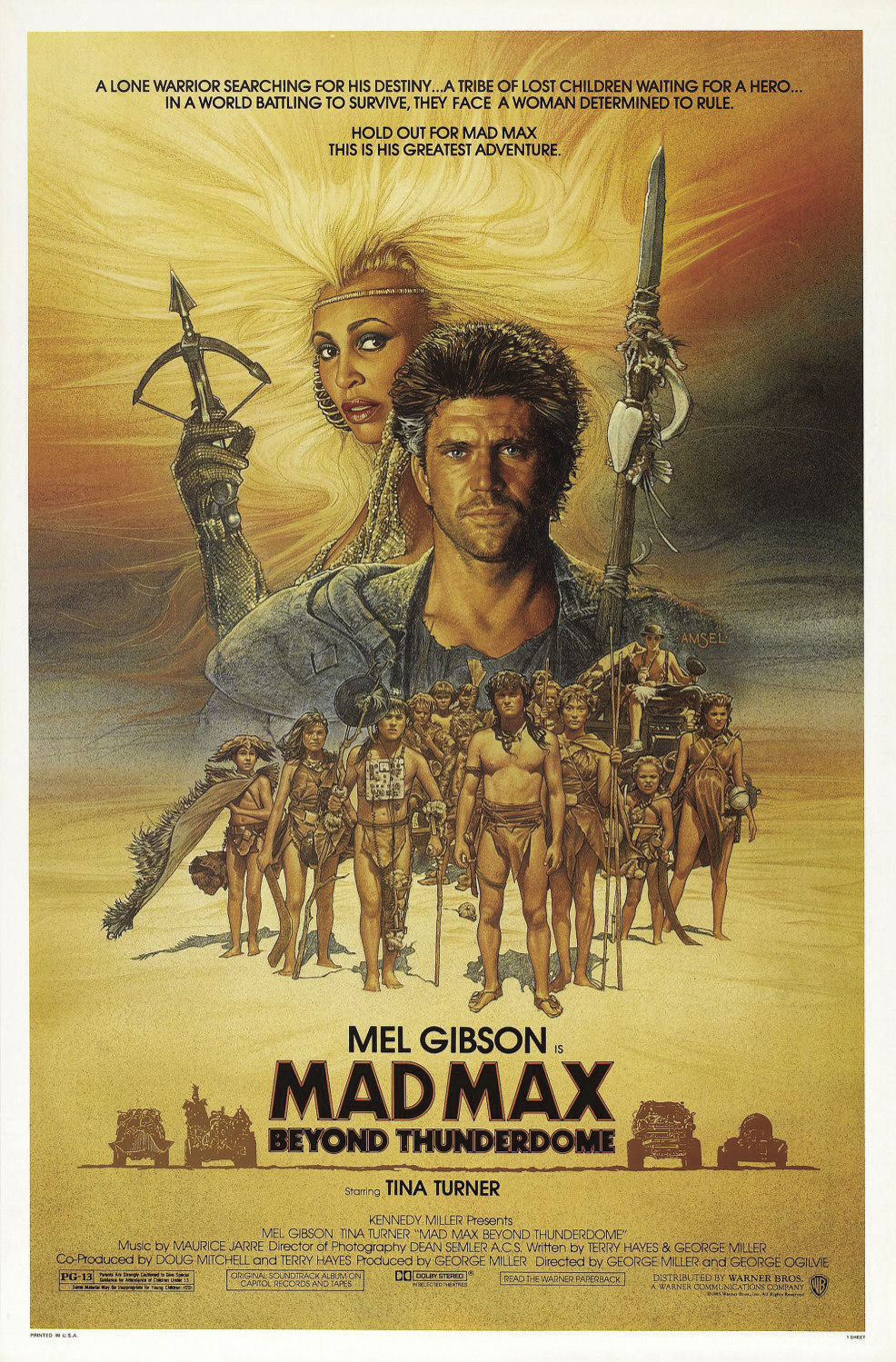 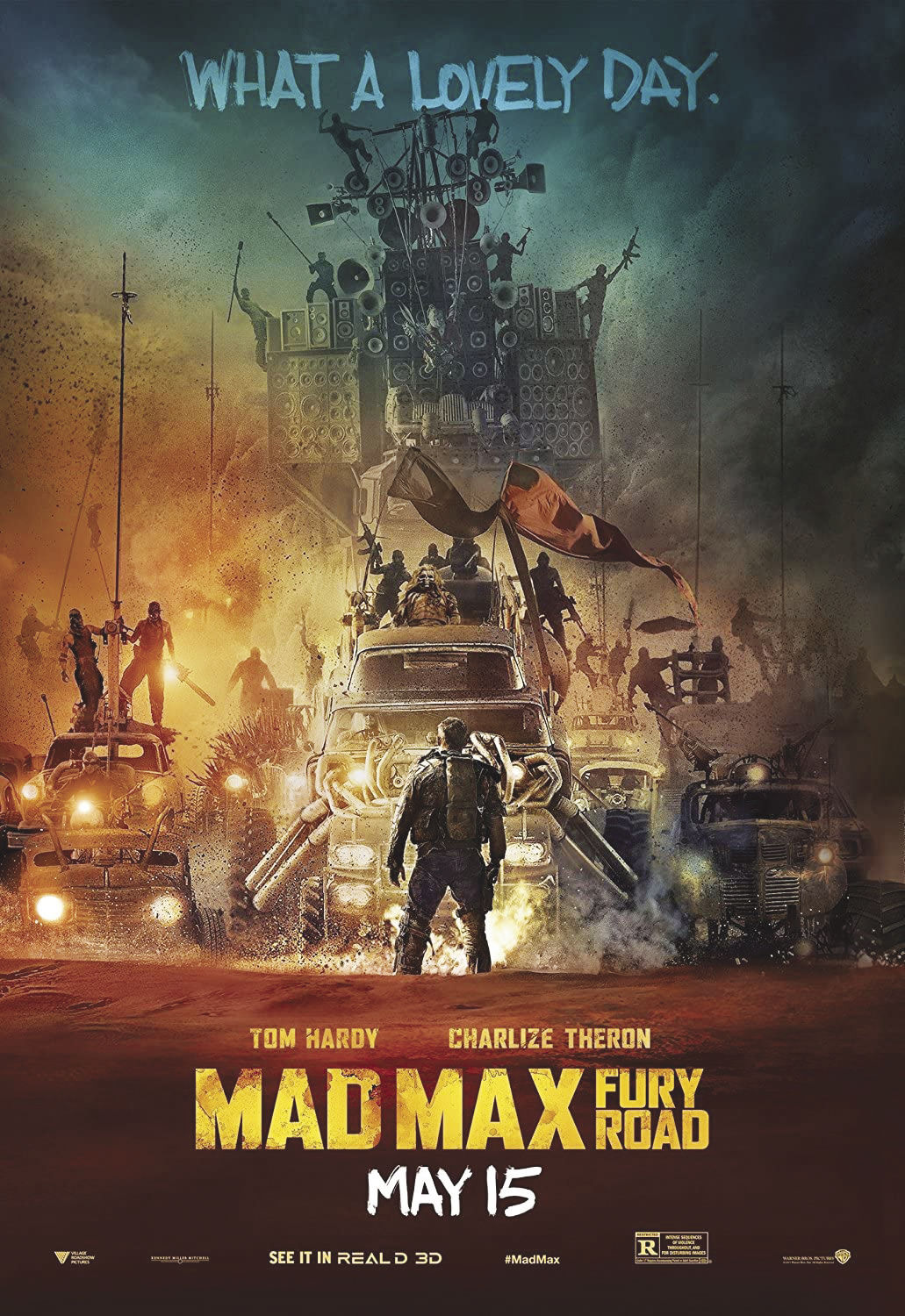 The last thing I ordered before going into social-isolation mode was the complete collection of the “Mad Max” films on Blu-ray. I didn’t consciously purchase this as a reflection of the current state of the world. Honest. It was just a really good deal.

That being said, if you’re looking for a series to binge during self quarantining, “Mad Max” is an excellent option.

While the entire series was directed by one man, George Miller (he shared a co-director credit with George Ogilvie on “Mad Max: Beyond Thunderdome”), the franchise has only a loose continuity.

The “Mad Max” series is less about narrative and more about tone, atmosphere, aesthetics and emotion. It is perhaps the most purely visceral film franchise ever made.

Made in 1979, “Mad Max” was the feature-film debut of director Miller and a landmark film for Australia cinema, which at the time was almost exclusively making period films. The film was co-written and produced by Byron Kennedy, who was the gear-head who pushed for the slightly futuristic designs of the cars.

While the rest of the series would be set in a post-apocalyptic Australian wasteland, the first “Mad Max” is a world on the brink of falling into complete chaos. There’s still some semblance of society remaining, but just barely. Lawless, crazed motorcyclist gangs are beginning to take over and the police force is only slightly less crazed.

A still baby-faced 23-year-old Mel Gibson, in his first starring role, is Max Rockatansky, a good cop who quits the force when he feels himself being pulled toward the madness taking over the roads. He wants to focus on raising a family with his wife (Joanne Samuel) and son (Brendan Heath). Things turn tragic when the gang leader Toecutter (Hugh Keays-Byrne) decides to target Max and his family.

More so than its successors, “Mad Max” often plays like a horror, especially a sequence in a forest in which Max’s wife is being chased. There’s an unremitting sense of dread that turns your stomach into knots.

The action in the original “Mad Max” was like nothing that had been seen before, because the filmmakers were breaking all the rules and doing stunt work that was, frankly, insane and would never be attempted today. Cast and crew members freely admit it is amazing that no one was killed.

But “Mad Max” is far less action-oriented than its follow ups. There are scenes of domestic bliss between Max and his family. These quiet, sweet moments become the backbone for the whole series. They represent exactly what Max has lost.

By the end of the first film, Max has lost his humanity. The rest of the films are about him regaining that humanity.

Each subsequent film follows a formula: the drifter Max encounters a group in need and reluctantly agrees to help them. Deep down, Max is still a cop and, in spite of everything, he can’t turn a blind eye to those in trouble.

The series would become redundant if not for the fact that each installment has its own distinct feel, with the franchise feeling almost like an anthology of films set in the same universe centered around the same protagonist.

Miller and Kennedy’s raw, rugged, up-close-and-personal action style was pushed to the fore in “Mad Max 2” (or “The Road Warrior” in the United States, where there was concern that not enough people saw the original). The non-stop action climax became the standard to beat for years.

Miller also created the gold standard for the design of post-apocalyptic landscapes. The punk-influenced garb and vehicles have become the default aesthetic for the end of the world.

Between the release of “The Road Warrior” in 1981 and “Beyond Thunderdome” in 1985, Kennedy died in a helicopter crash. This left Miller devastated, and he only handled the film’s action scenes in “Thunderdome,” while George Ogilvie handled the rest.

“Thunderdome” wasn’t originally a "Mad Max" film, but a post-apocalyptic "Lord of the Flies" film about a tribe of children who are found by an adult. Miller suggested Max be the man who finds the children. Because of this, the film feels like two distinctly different films. “Thunderdome” is definitely the black sheep of the series but can be enjoyed with adjusted expectations.

The opening with Max dealing with the Tina Turner-led Barter Town feels like an extension of the world established in “Road Warrior,” but when Max is exiled into the desert and encounters a group of lost boys, the film has more in common with 1991’s “Hook.” The two parts come together in another impressive action climax.

Miller didn’t return to this world until 2015’s “Max Max: Fury Road,” with Tom Hardy taking over the role. Despite coming 30 years after the previous installment, the film was a stunning achievement and became an instant classic of the action genre.

“Fury Road” is nearly two hours of non-stop action that relies mostly on stunt work and practical effects in an era in which CGI is relied on heavily in most large-scale productions. It is a bold, completely gonzo piece of filmmaking that proved Miller to be just as vital a filmmaker as he was when he first cut his teeth in 1979.