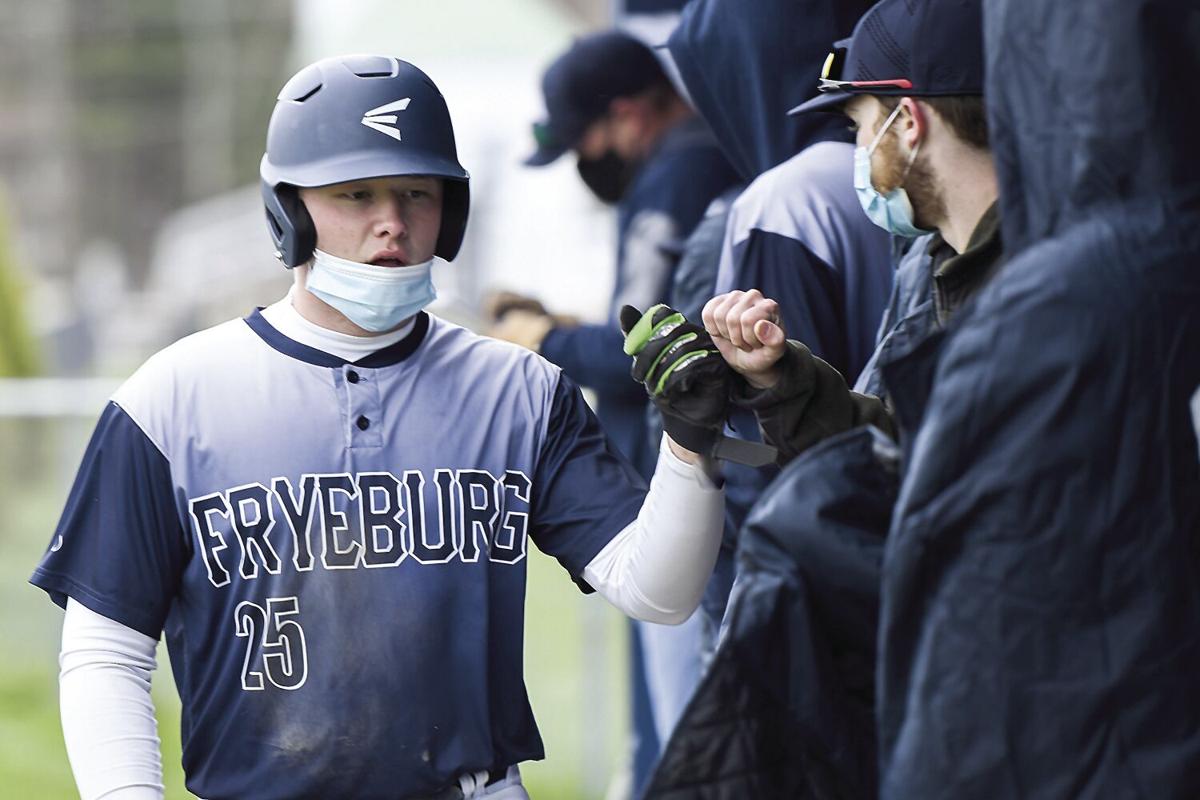 Fryeburg Academy senior Gabe Rogers shares a fist bump with a teammate in the dugout. The Raiders are 2-2 on the young season. (JULIAN ZHU PHOTO) 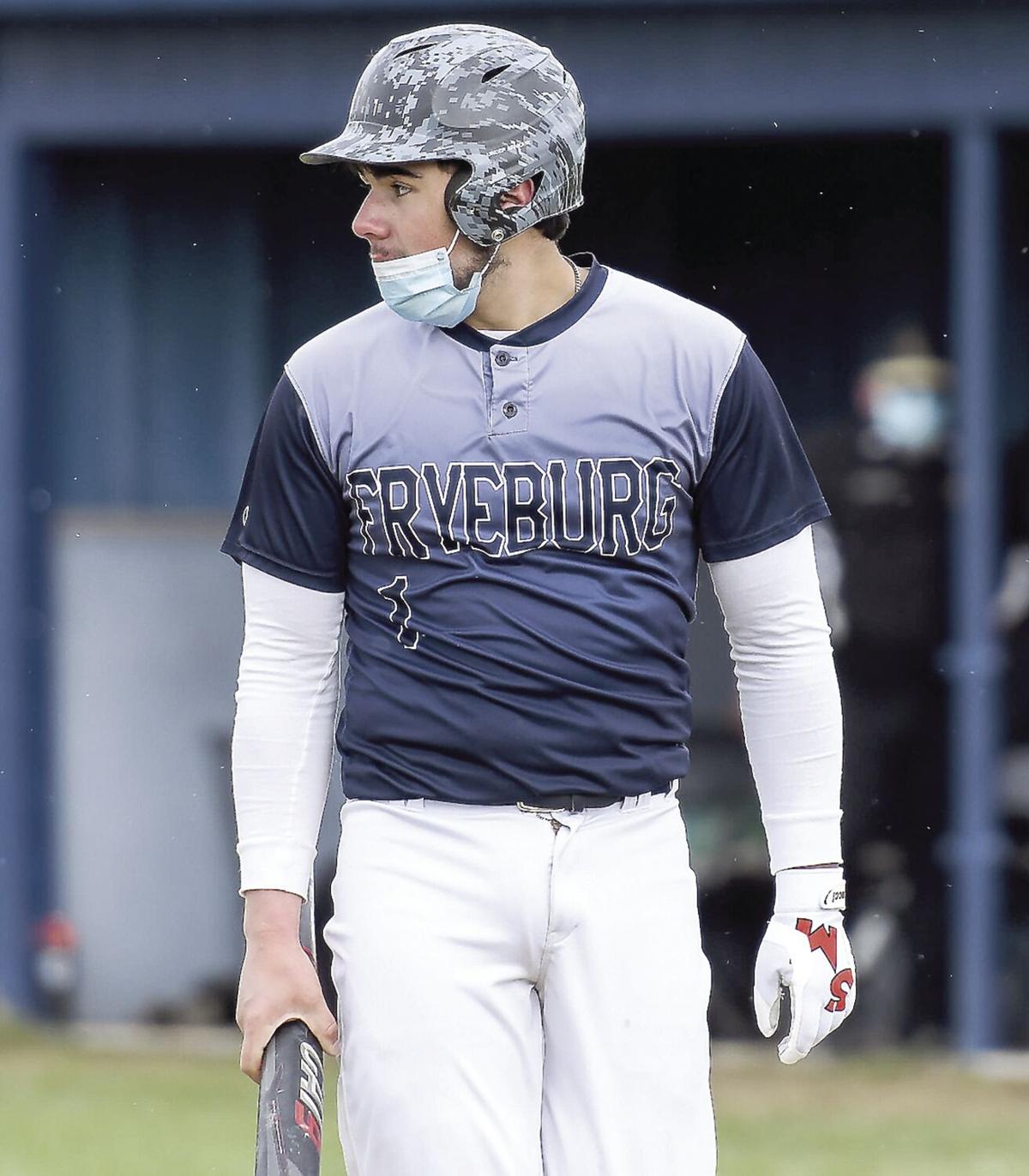 Fryeburg Academy senior Gabe Rogers shares a fist bump with a teammate in the dugout. The Raiders are 2-2 on the young season. (JULIAN ZHU PHOTO)

FRYEBURG — Watching Fryeburg Academy baseball (2-2) over the last three-game stretch has not been for the faint of heart, with each game coming down to the final out with the winning run on base. The Raiders capped off their second win in three games with a 13-inning thriller, a 6-5 win over Poland (1-4) at home on Monday in which the walk-off winning run scored on a perfectly executed safety-squeeze bunt play.

The extra-inning classic on Monday was a back-and-forth game through the regulation seven innings. Poland jumped ahead 1-0 in the top of the first inning, but the Raiders countered with three runs in the second and one in the third.

Poland immediately struck back with a three-run fourth inning to tie the game at 4-4, and to close the day on the Raiders' Gabe Rogers mound stint. Goose-eggs through the fifth and sixth for both sides set up a tense seventh inning. Poland touched reliever Noah Grant for his only run conceded to open a 5-4 advantage. But the Raiders bounced back when Ethan Lord led off the inning with a single and scored after Bryce Micklon reached base and Gunnar Saunders brought Lord home with a single.

Poland's pitching staff, as it did repeatedly over the next six innings, then shut down the Raiders leaving men on base.

The Raiders remained ever-dangerous, knocking out 14 hits on the day, led by Micklon's four, three by Bryce Richardson, and two each by Grant and Saunders.

Coach Greg Allain noted several highlights on the day: "We are running the bases well and it was good to see Caleb Micklon begin to hit; our pitchers threw strikes and we hit the ball well."

The one downside was the difficulty in getting the key hit with runners in scoring position, especially several times in extra innings. Thus, it came down to a classic baseball play. After Micklon singled and stole second, he advanced to third when Saunders grounded out to shortstop on a ball that almost snuck through the middle. With one out in the bottom of the 13th inning, Camden Johnson laid down the perfect bunt and the Raiders walked off into celebration mode.

In like tense fashion, the Raiders got their first victory of the season on April 26. Bryce Richardson led the attack with two hits and two RBIs, while Eddie Thurston contributed three singles. Rogers and Saunders each lashed out doubles, while winning pitcher Grant turned in a solid performance.

When the Hawks rallied from a 6-2 deficit after four innings to close to 6-5 with one run in the fifth and two in the sixth, Lord came on in relief. He was able to shut down the Hawks when Johnson threw a runner out at the plate to record the final out in the seventh; Lord picked up the well-earned save.

In the Wednesday, April 28 rematch, the Hawks bounced back, opening a tight 2-2 defensive battle through five innings with a four-run bottom of the sixth. The Raiders responded with offense of their own, plating two runs and loading the bases with no one out in the seventh inning.

From there, Sacopee Valley star Grady Cummings came on in relief to snuff out the rally, punching out three consecutive strikeouts. Thurston again led the Raiders' attack with a three-hit day, while Saunders collected another double among the Raiders six hits on the afternoon. Richardson took the loss for the Raiders.

On Wednesday the Raiders are scheduled to complete their home-and-home series traveling to Poland with Lord slated to start on the mound.

For Friday's slated doubleheader against Lake Region, both Grant and Rogers are eligible to pitch, both having stayed under the 95 pitch count limit in Monday's marathon 13-inning game.