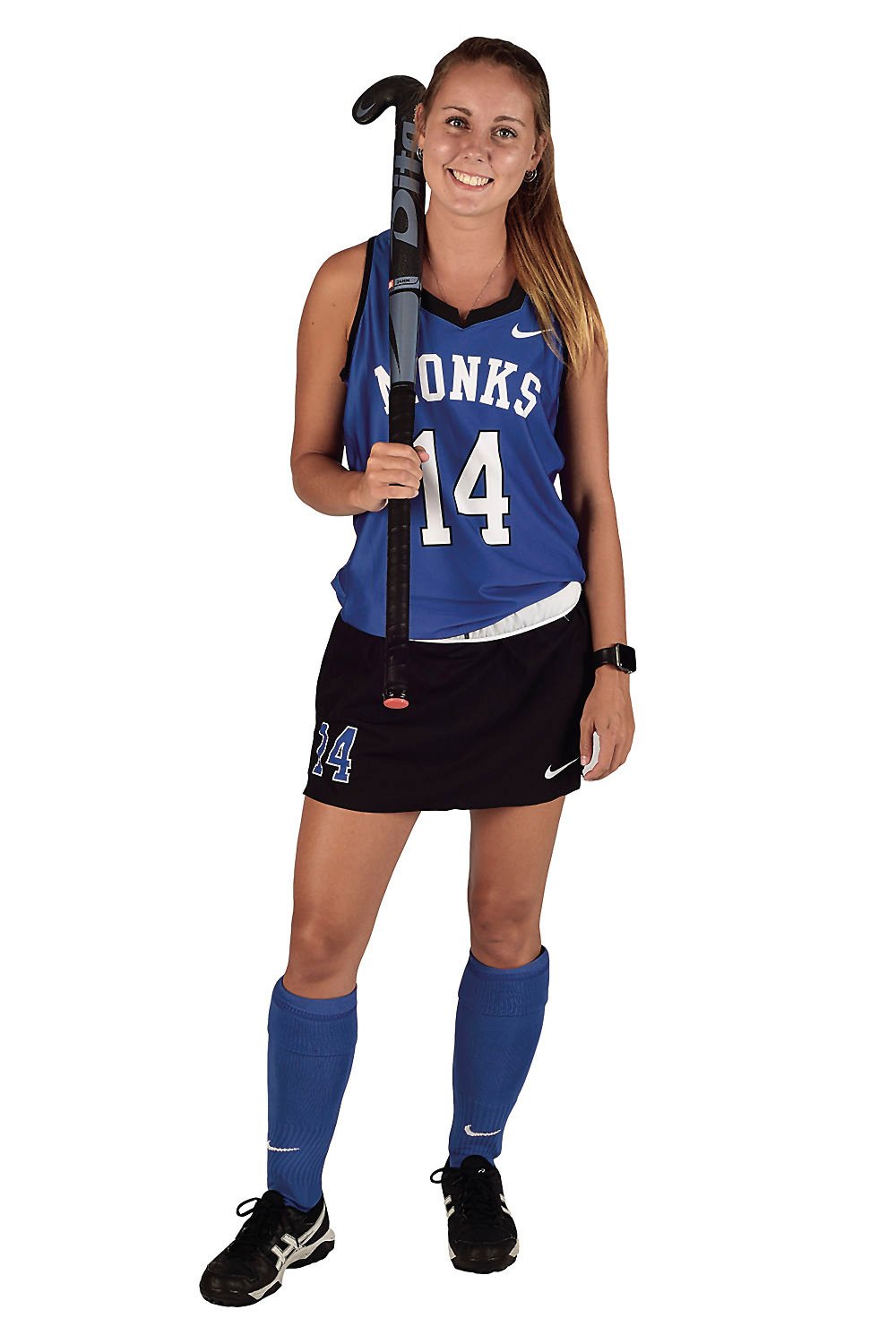 Alexis Charles, a junior defender majoring in nursing, has started in seven of 18 matches she has played for the Monks. (COURTESY PHOTO) 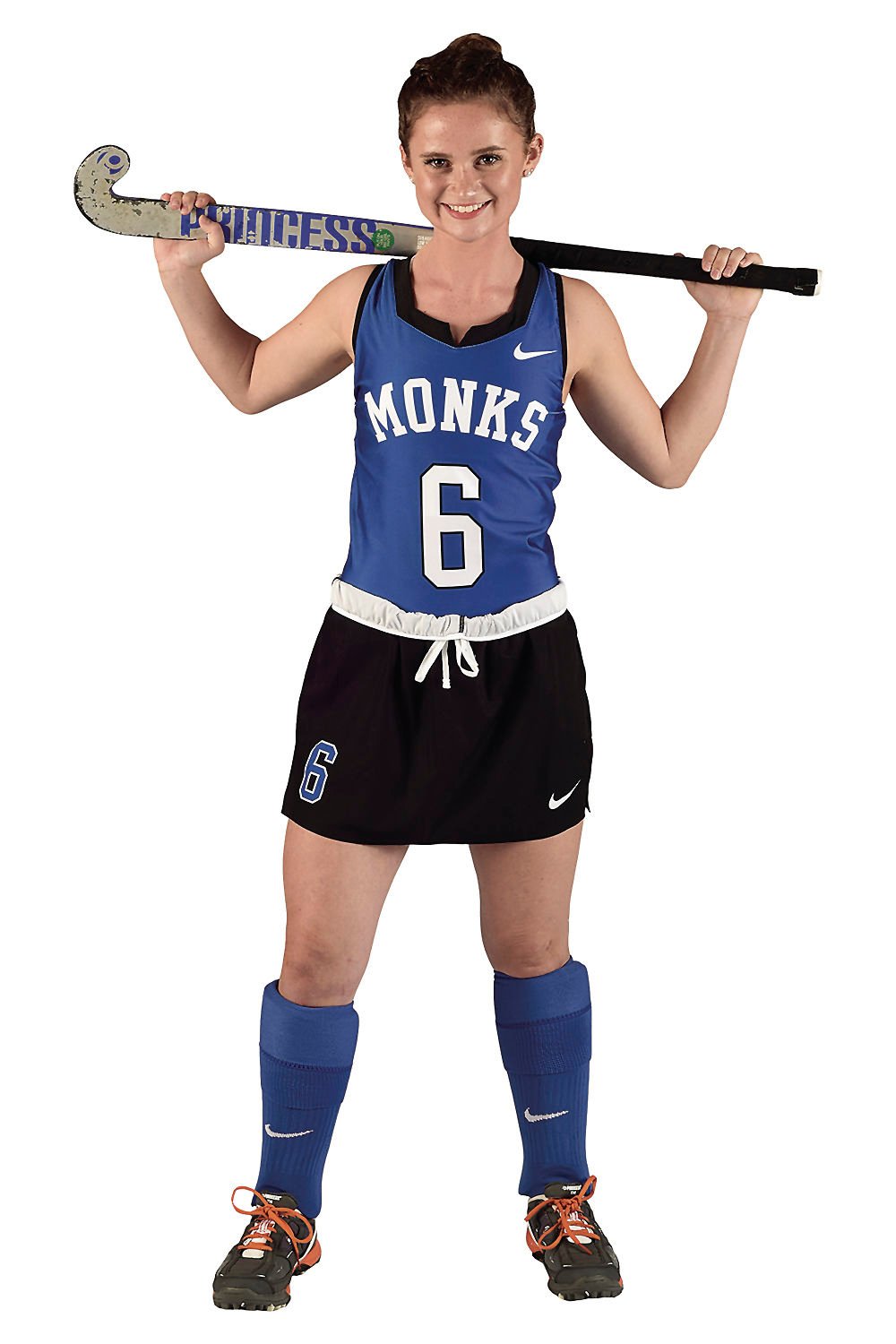 Alexis Charles, a junior defender majoring in nursing, has started in seven of 18 matches she has played for the Monks. (COURTESY PHOTO)

The Monks routed Regis (4-4 fifth-seed, 9-12 overall) 5-0 on Wednesday night, with Gutowski tallying the third goal of the match off a penalty corner.

Both Charles and Gutowski have been significant players for the top-ranked Monks, who carry a seven-game winning streak into the championship game against the Lasell Lasers (5-3, No. 2 seed, 13-8 overall), a Wednesday semifinal winner over Simmons (4-4-0, 3rd, 9-12-0).

Charles, junior defender majoring in nursing, has started in seven of 18 matches she has played for the Monks, and according to 15-year veteran Monks’ Coach Rupert Lewis, "Charles continues to improve each year and is adjusting to her new role as a wing fullback. Her game IQ is getting better and I foresee another great year with her performance."

First-year nursing major Gutowski, according to Lewis, "is a phenomenal forward with great speed who has secured her position as the right winger in our 2019 roster. She is a hard worker on and off the field and I feel very lucky to have won the recruiting race by having her here at Saint Joseph's. She has tremendous potential and she will be an impact player for us throughout the playoffs and postseason."

With the stringent nature of the nursing program, Gutowski has missed several matches due to class commitments, appearing in 15 games and starting in 13. She has made the most of her time on the pitch, notching nine goals (second on the team), one match-winner and accurately shooting a team leading .474 goals/shot percentage and .842 shots on goal marks.

In recent victories against Anna Maria, 5-0, and at Colby Sawyer, 4-2, Lewis' Monks were without four starters. "This allowed some other kids an opportunity of playing time and enabled me to see the team's depth and ability to respond to some challenges." According to the ex-Bermudan National team field hockey player, the experience should serve the Monks well heading throughout the post-season.

The winner of Saturday's GNAC championship match will earn a guaranteed bid to the NCAA Division III Tournament. For the Monks, seeking a four-peat as GNAC champions, they hope to be playing in the national tournament beginning on Wednesday, Nov. 13.