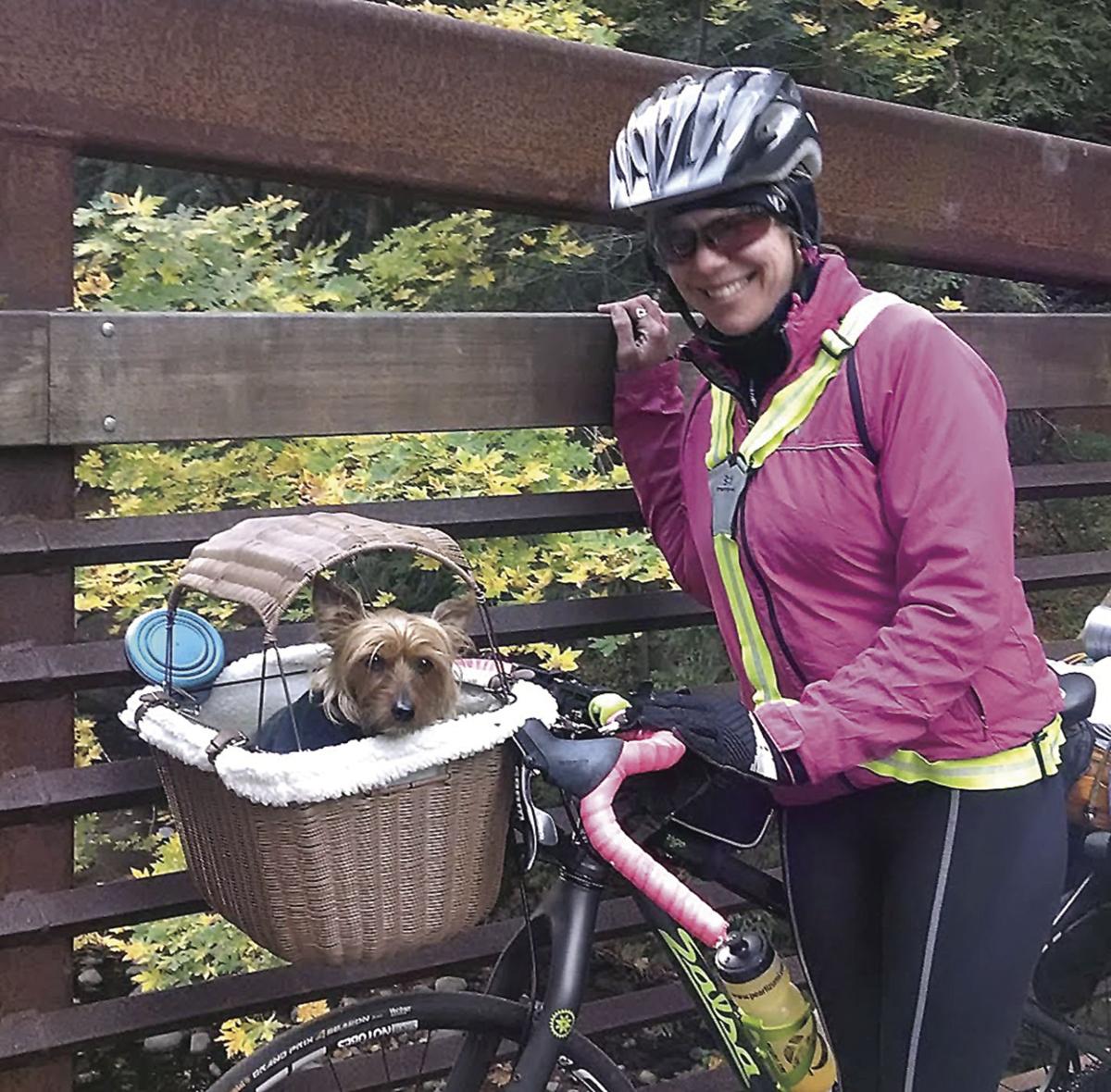 Virginia Schrader and her dog Roxy pause on their commute to Kennett High School. (COURTESY PHOTO) 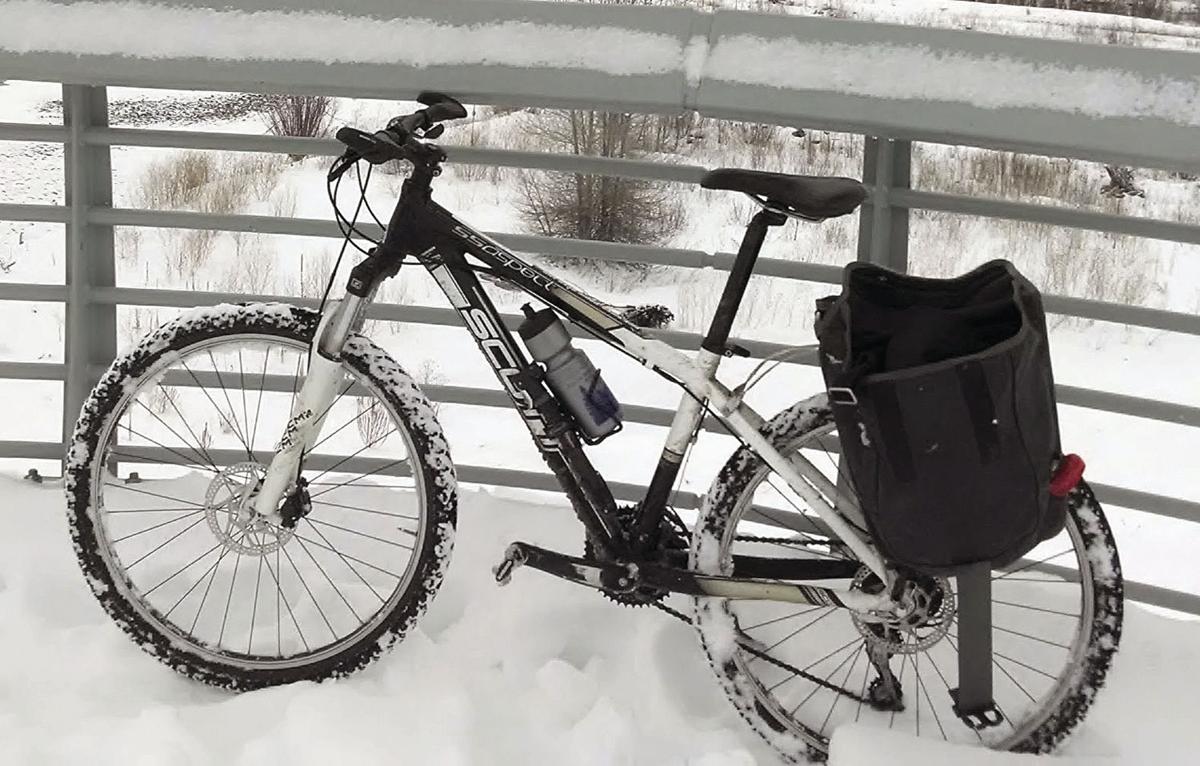 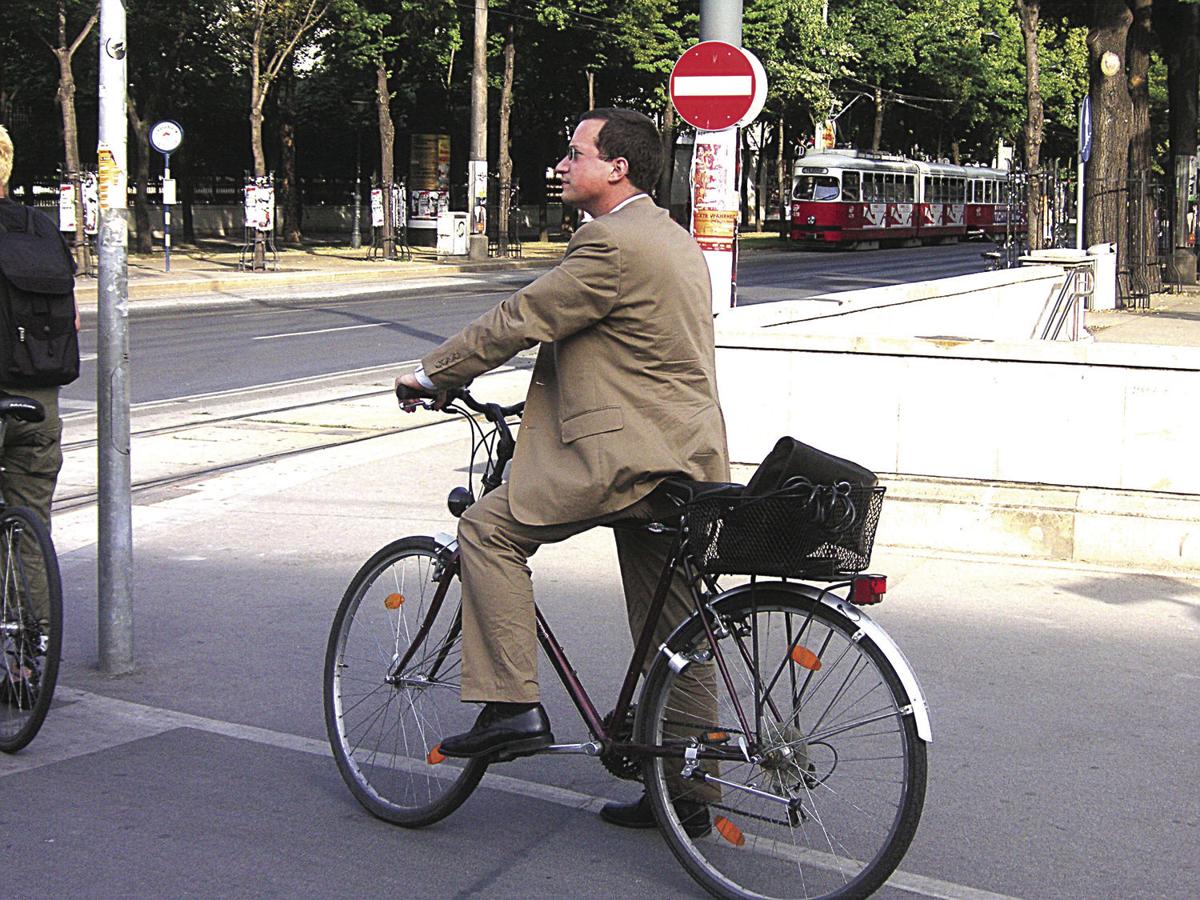 An urban commuter all "suited up" for work. (COURTESY PHOTO) 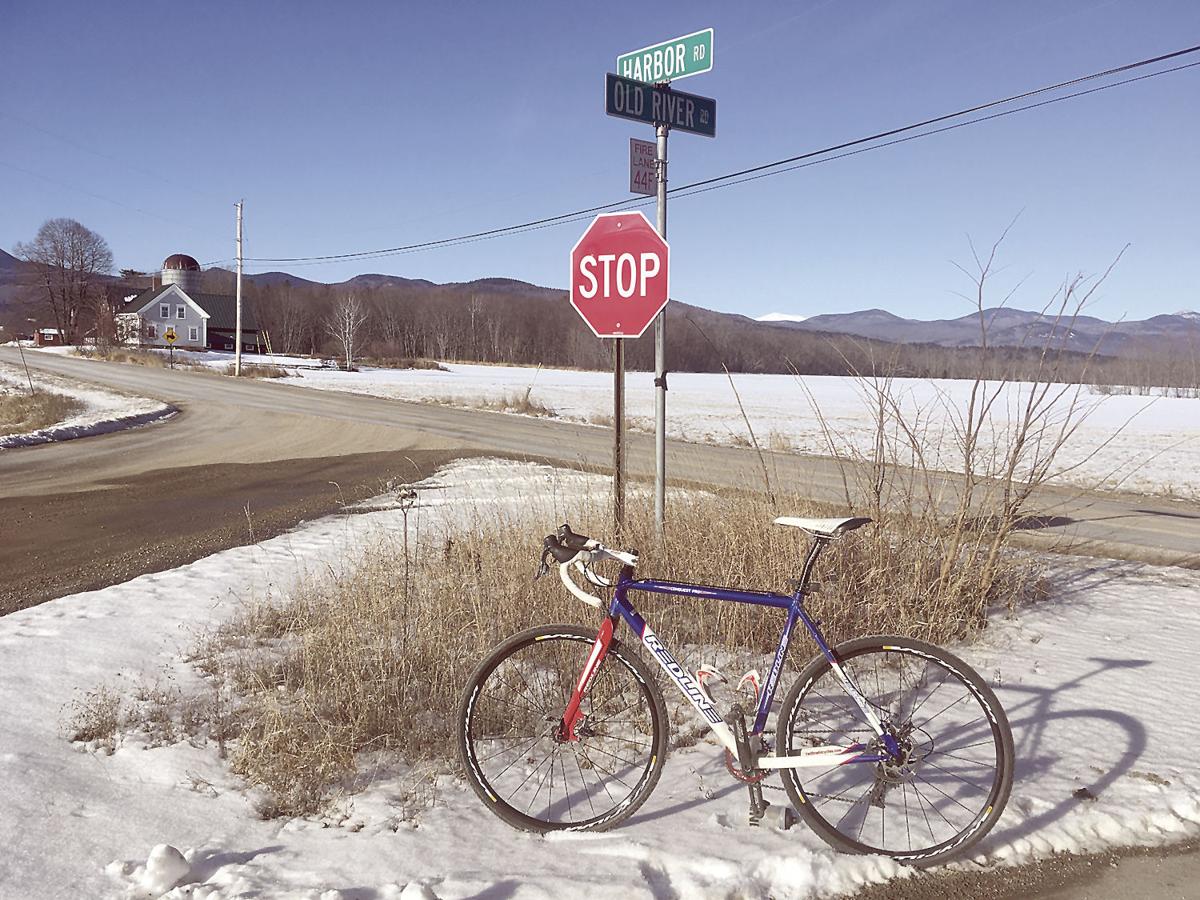 Virginia Schrader and her dog Roxy pause on their commute to Kennett High School. (COURTESY PHOTO)

An urban commuter all "suited up" for work. (COURTESY PHOTO)

Many people ride their bicycles for recreation and exercise, but for others, their bicycles are their transportation. Whether they chose to ride rather than drive to save money, get exercise, reduce their carbon footprint or relieve stress, it doesn’t matter — they are committed to cycle commuting. What does it take to do this day after day, in all kinds of weather?

First, the cyclist has to decide that riding to work is what they want or need to do. It takes fortitude and determination to make it happen, ignoring tempting ideas of sleeping later, avoiding bad weather and taking the easy way. As “Two Wheel Cruise,” a bike commuter in Japan says in his You-Tube video (Commuting By Bike to Work) “You got to just do it!”

In a phone interview with Kennett High School’s Mount Washington Career and Technical Center Director Virginia Schrader, a long time cycle commuter, she revealed that she got started in college, commuting by bike. She didn’t have a car — cycling was part of her lifestyle. When she starting working, got married and had kids, all that changed. She drove to work and places her family needed to go.

When her son was old enough to drive, she gave him her car and investigated cycle commuting again. Since she had never commuted in the northeast, in winter, she did online research. A Bicycling Magazine article listed all the excuses she could have not to cycle commute. It refuted them all. She knew she had to do it!

In the winter of 2011-2012, Virginia started commuting by bicycle. For several years, she rode her bicycle year-round to the high school in the company of friend Jeanne Twehous. When she moved to Jackson Hole, Wyoming, she continued commuting on the numerous bike paths, cleared even in winter. When she moved back to the valley, Virginia used a car for a while, but then got back into cycle commuting. Her Yorkshire terrier, Roxy, even rides with her to work in a special shaded basket, outfitted with blankets when needed. They commit!

The second thing cycle commuters need to have is the right equipment. The first order of business is choosing a bicycle. It doesn’t have to be fancy, but it does need to be reliable and comfortable. On the League of American Bicyclists’ (LAB) website (tinyurl.com/y9mry5vy), it states, “You can commute on any bike as long as it is good working order. Road bikes, mountain bikes, hybrids, cross bikes, touring bikes all work great. The bike should reflect your riding style: positioning, gears, etc…” In other words, the bike should work for you.

Virginia started her winter commutes on an old cyclocross bike, with studded tires for winter. After three winters of riding, it wore out. She replaced it with a mountain bike. Kennett High School science teacher Chris Darling commutes from Lovell, Maine, a 42-mile ride to and from, on his cyclocross bike. Some people today may even use electric bikes to make the commute easier. It doesn’t matter. In Bicycling’s online article — tinyurl.com/y8f265tv, Leslie Ethridge, a commuter expert from Boulder, Colo., says, “You do you (find what works).”

Along with the right bike, commuters need other equipment to make the ride comfortable, safe and efficient. Safety first — helmet, lights, reflectors, mirrors, bells, high-visibility and reflective clothing are important to protect the cyclist and making them more visible. Comfort means having a comfortable bike and seat, padded gloves and the right clothing for cold, hot, windy, rainy or snowy commutes.

Fenders are worth the money to protect cyclists from road splashes. Efficiency comes into play when you have to carry extra clothes, tools, lunch, etc. What are you going to use? Some commuters use a backpack, others opt for a bike rack and panniers. Whatever you use needs to be comfortable, durable and weather-proof.

If you’re commuting daily, year-round, you’re going to need good equipment that will work for you and last. It’s wise to use the money you save from not driving a car to get decent clothing and packs.

The third thing cycle commuters need to have is planning and organization. They have to decide on a route, what to take, how much time they need and what they’ll do when they get to work.

First, a commuter needs to decide the safest route, factoring in road conditions, traffic and efficiency for the morning commute. The ride home can be more leisurely. Two tips from bicycle commuters in a Bicycling’ forum mentioned, “Pre-ride your ride” and “Plan safe routes.” Many riders suggest first trying the route on the weekend when there are less traffic and time constraints.

Deciding what to take on the bicycle requires planning. Virginia says she packs her bag the night before and lays out her cycling clothes and equipment. She keeps shoes at school so she doesn’t have to carry them. Many commuters keep an extra change of clothes at work in case they forget something. They’ll stash “clean-up” packs in their desks and extra snacks for refueling. Cycle commuters have to think ahead!

Time is a big consideration. How long will it take to get to work, in all kinds of conditions? How much time will you need when you get there to get cleaned up? In winter, when the sun goes down early, what time should you leave to get home before dark?

Two more Bicycling commuter tips — “Take more time than you need” and “Prepare for flats.” You never know what may happen en route — there may be more traffic, road construction or worse yet you might have a breakdown or flat tire. Cycle commuters need a “cushion” of time — just in case. Virginia says she adds in an extra 15 minutes on her morning commute in case of flats. She hasn’t had many, so she usually arrives early, with plenty of time to get ready for her day.

Once the bike commuter gets to work, there’s a quick shift to “get ready to work” mode. The bike has to be put securely away, worker cleaned up and ready for the job, mentally as well as physically.

Chris stashes his bicycle in his Kennett classroom, but other commuters might have to lock their bike to a rack or place them in bike lockers. Some workplaces have showers and dressing rooms commuters can use, but many commuters might have to do with a quick clean-up and change in the restroom. Planning time for in an easy ride in also helps the rider get less sweaty and need of major wash-up.

The last, but most important, thing a cycle commuter needs to have is “road smarts.” If you’re going to be out there on the roads, riding in traffic every day, all year round, you better know how to ride safely and defensively. In next week’s article, I’ll expand on that topic and what it’s like to ride on the roads here in the valley.

Summer’s heat is here. Ride early, and stay off busy roads. Dirt roads and trails are calling me.