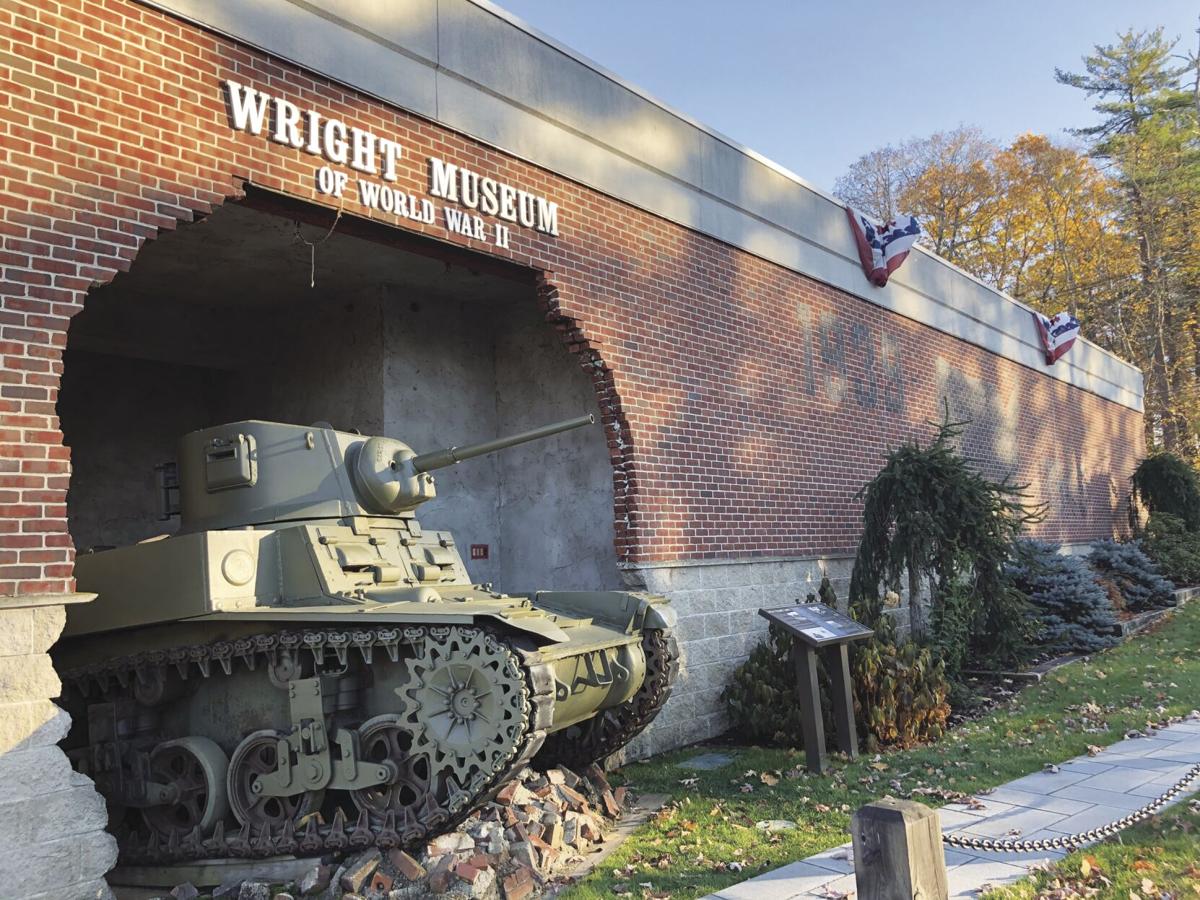 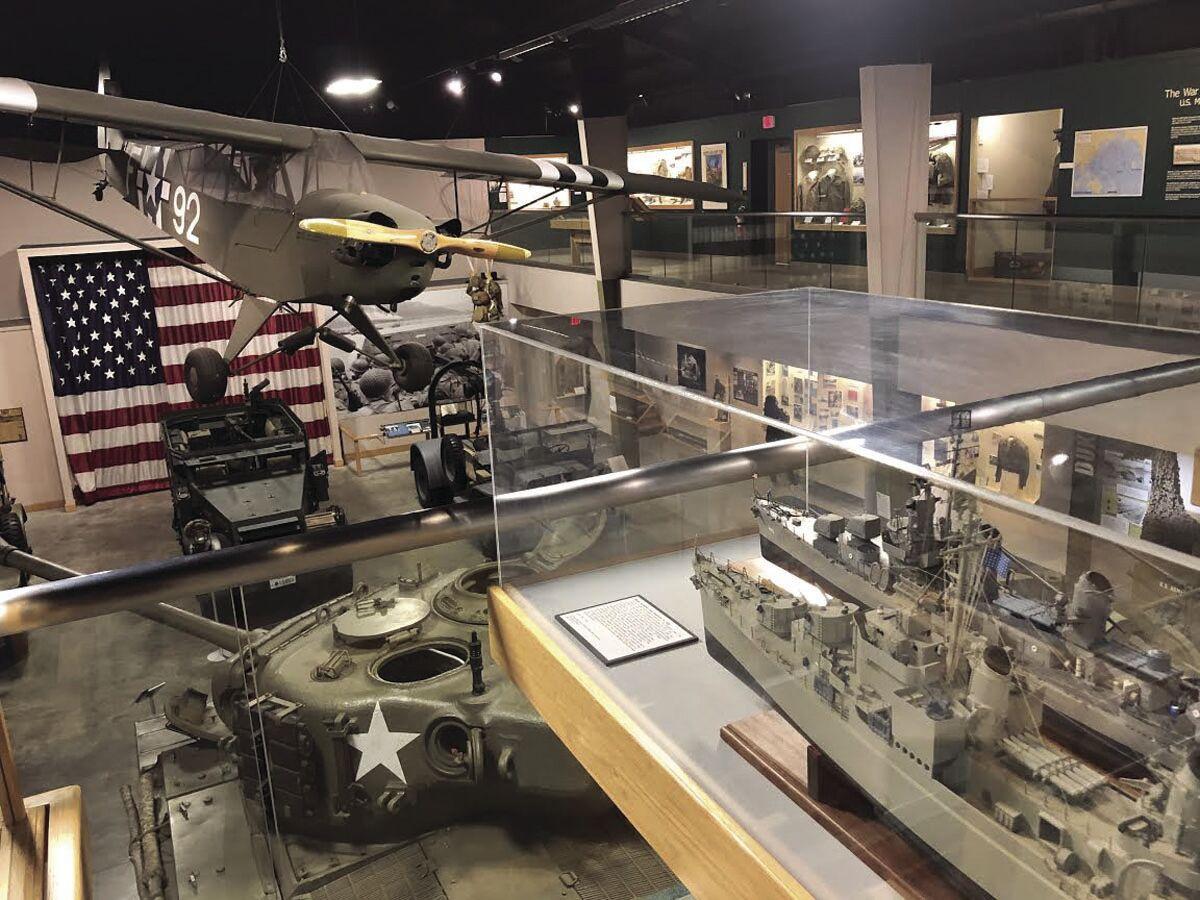 Founder David Wright’s extensive military vehicle collection of World War II equipment (above) is on display in one section of the Wright Museum of WW II in Wolfeboro. The museum will reopen in spring. (TOM EASTMAN PHOTO) 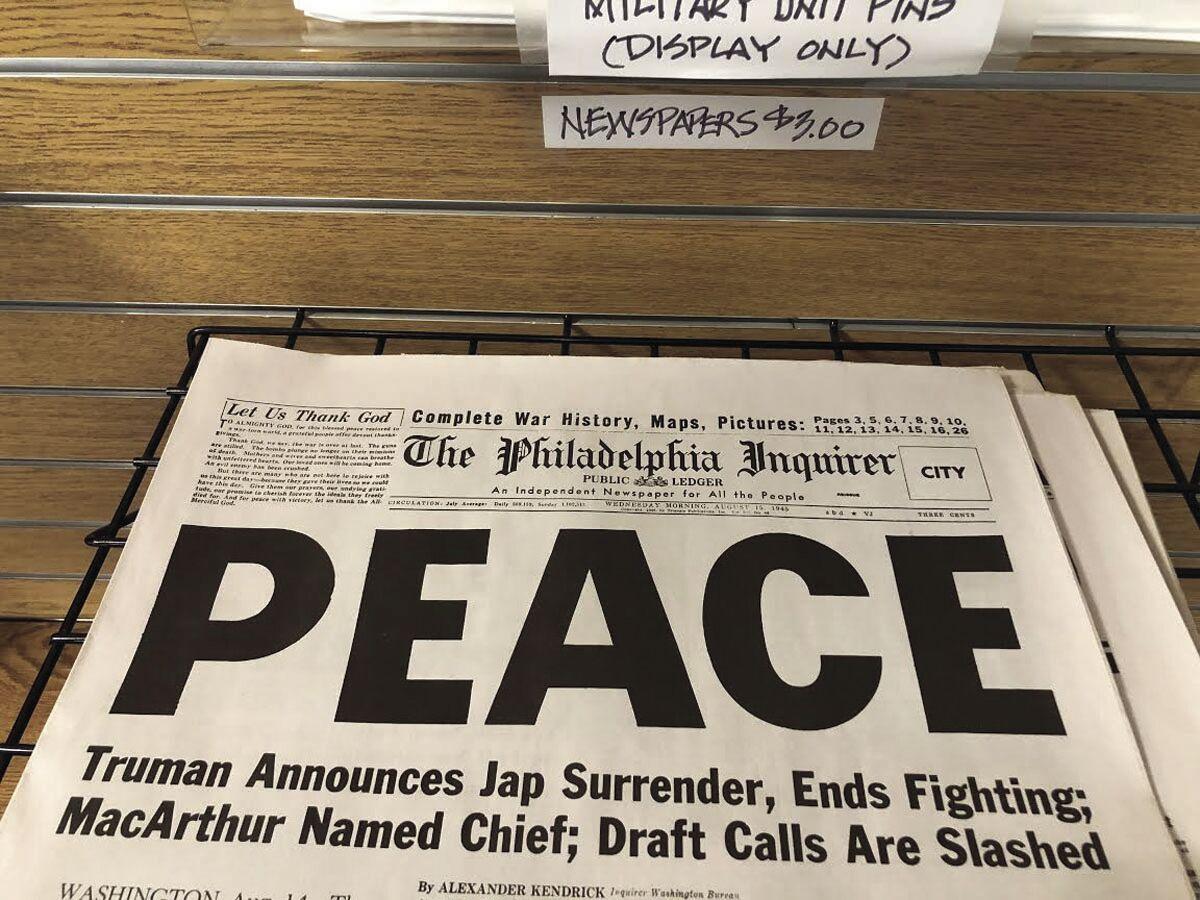 The Wright Museum of WW II’s gift shop has for sale reproduction newspapers, including this copy of the Philadelphia Inquirer of Aug. 15, 1945, proclaiming “PEACE.” (TOM EASTMAN PHOTO) 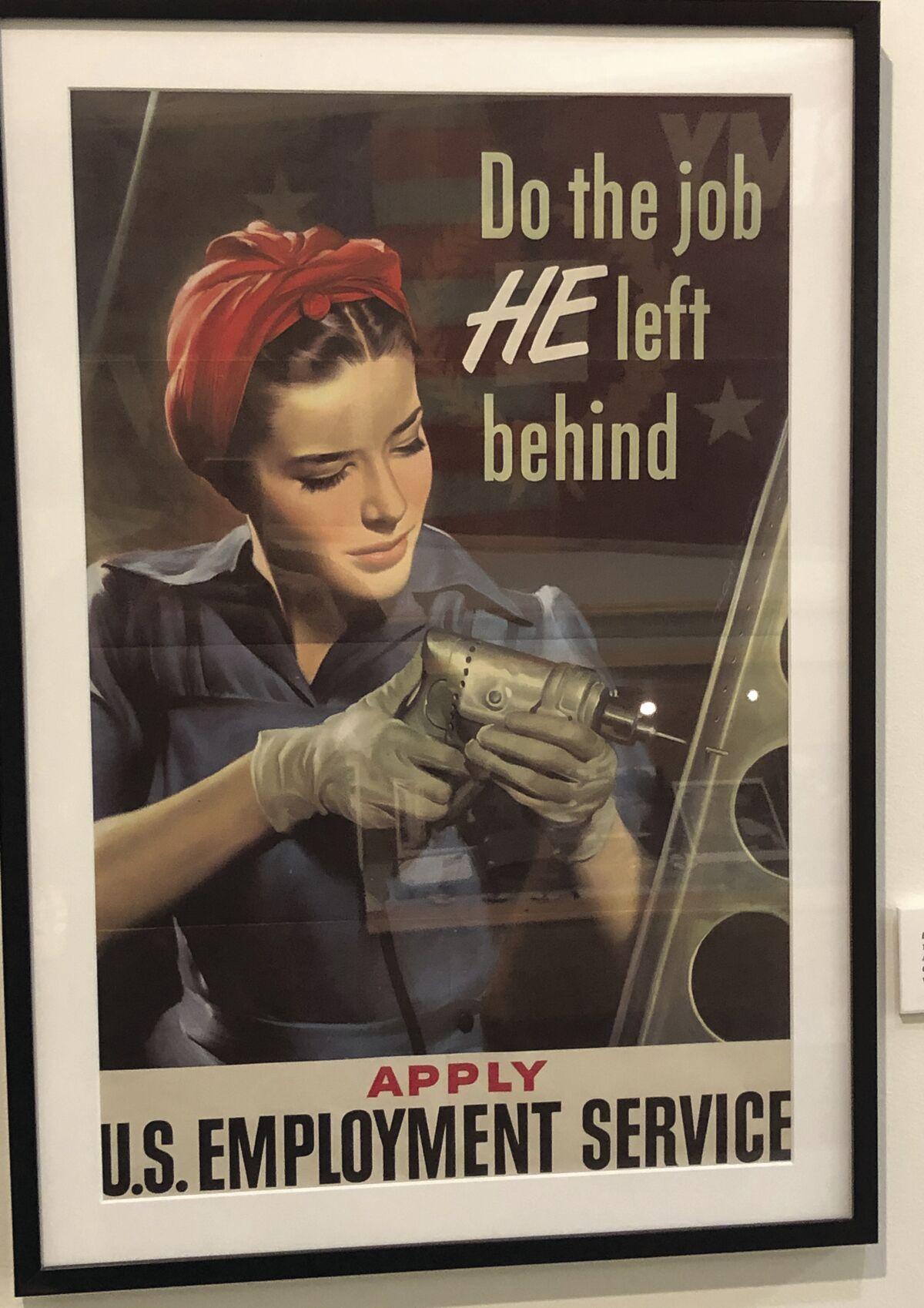 A poster on display at the Wright Museum of World War II in Wolfeboro. (TOM EASTMAN PHOTO)

Founder David Wright’s extensive military vehicle collection of World War II equipment (above) is on display in one section of the Wright Museum of WW II in Wolfeboro. The museum will reopen in spring. (TOM EASTMAN PHOTO)

The Wright Museum of WW II’s gift shop has for sale reproduction newspapers, including this copy of the Philadelphia Inquirer of Aug. 15, 1945, proclaiming “PEACE.” (TOM EASTMAN PHOTO)

A poster on display at the Wright Museum of World War II in Wolfeboro. (TOM EASTMAN PHOTO)

WOLFEBORO — Ordinarily, a good way to observe Veterans Day after attending ceremonies in North Conway’s Schouler Park would be to head down to Wolfeboro on their traditional last day of the season to visit the Wright Museum of World War II.

It’s normally open on Veterans Day, its traditional last day of the season, but due to the pandemic, the exhibit-packed museum off Route 28 has already closed for the season.

But thanks to the wonders of technology you can still wander through the roomfuls of incredible displays by clicking on the “360-degree Tour” on the museum’s website, wrightmuseum.org.

In the lobby is a display of 1,203 dog tags, representing the New Hampshire residents who were casualties of war. A total of 56,000 men and women from the Granite State served, about 12 percent of the then population, according to the museum.

Michael Culver, 73, is executive director of the Wright Museum.

“When I first got here to the museum to become executive director several years ago, I was talking to a veteran, and I said, ‘You know, we call you the ‘Greatest Generation.’ I said the men and women of that generation were very special, and I asked him why he thought that was. And he replied, ‘Look, we were children of the Depression; we knew if you didn’t do it for yourself it wouldn’t get done.”

From all the Rosie the Riveters who worked manufacturing jobs on the home front, to all who grew victory gardens to help the war effort and saved their lard and scrap metal and rubber, Culver noted it was a single-minded, dedicated America that helped save the world and preserve our way of life.

“When you come to the Wright Museum, you learn about World War II and that’s important because it formed so much of what even today, characterizes us as Americans,” he said.

That includes things like: Skirts became shorter, because Americans were asked to conserve on materials (one exhibit at the museum shows how women formed knitting circles to sew for the war effort). Ties and jacket lapels got narrower and shorter for the same reason.

Girl Scout uniforms switched from zippers to buttons as metal was needed for war materials. “We all remember Slinkys from our youths? Well, that came out of the war — some guy was working on a part for the war effort and he came up with that. Then, there’s Coca-Cola: the guy who ran the company set up plants all over the world because he wanted to make sure that GIs could get a Coke when they wanted one. And then there’s Spam ... All these little things that you wouldn’t think of,” said Culver.

He described how the role of women in society changed dramatically during the war effort. They were key to the war effort, working in manufacturing jobs in posts previously held by men, who were now off to war.

Through numerous exhibits about both the war abroad and America at home, the Wright Museum brings it all together in an extensive way.

You can learn about New Hampshire’s role on the home front during the war in a loop-playing New Hampshire Humanities Council video, “NH on the Home Front During World War II — A Documentary,” by award-winning producer John Gfroerer of Accompany Video Production of Concord.

Gfroerer’s comprehensive piece chronicles how the state put its manufacturing might into the war effort, from building submarines at the Portsmouth Naval Shipyard to submarine nets in Dover and uniforms in Manchester.

In addition to the war displays, visitors also get to see living room and kitchen displays of the period.

Opened in 1994, the Wright Museum was created by the late David Wright whose dream was building a public understanding and appreciation of the exceptional contributions on the home front and the battlefields made by World War II-era Americans.

Wright served as a Marine during the Korean War. Though he was too young to serve in World War II, he experienced it on the home front growing up near Worcester, Mass.

Wright was an avid collector of vintage vehicles for many years. He eventually owned and restored over 50 vehicles, all fully operational. By 1983, he established the E. Stanley Wright Museum Foundation in Shrewsbury, Mass.

Originally, the museum was a mobile exhibition that Wright made available to communities around the Northeast for parades and military functions at venues such as the Roosevelt Museum and West Point.

In 1992, Wright purchased an 8-acre parcel adjacent to Wolfeboro’s Smith River, the former site of the Diamond National sawmill. On July 16, 1994, the doors opened to the museum’s first visitors. It underwent an expansion this past winter.

According to its website, the 20,000-square-foot museum places the wartime period 1939-45 “into historical context by illustrating the enduring legacy of Americans known today as ‘the greatest generation.’”

The Wright Museum has an extensive permanent collection of over 14,000 items and memorabilia representative of both the home front and the battlefield and includes fully operational military vehicles.

Upcoming next season will be an exhibit on the role of women during the war opening next spring. For more information, call (603) 569-1212 or go to wrightmuseum.com.

CONWAY — This year is the 75th anniversary of the end of World War II.