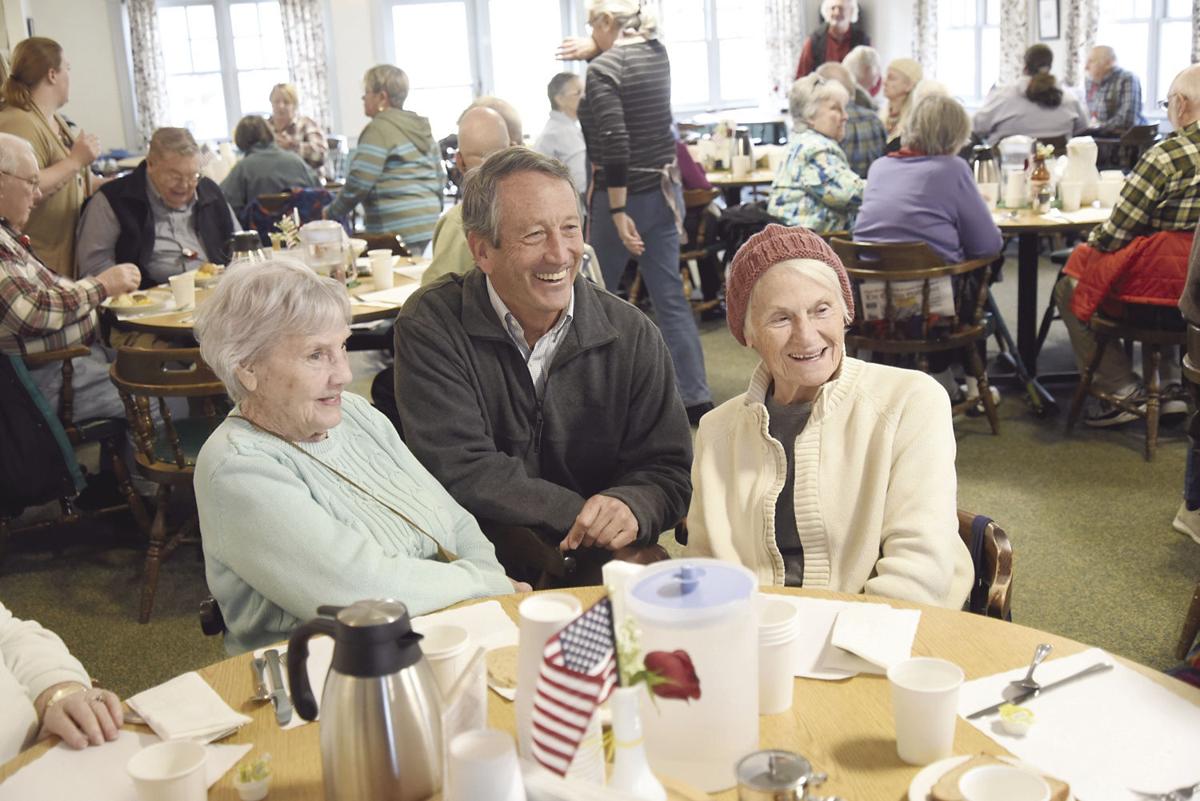 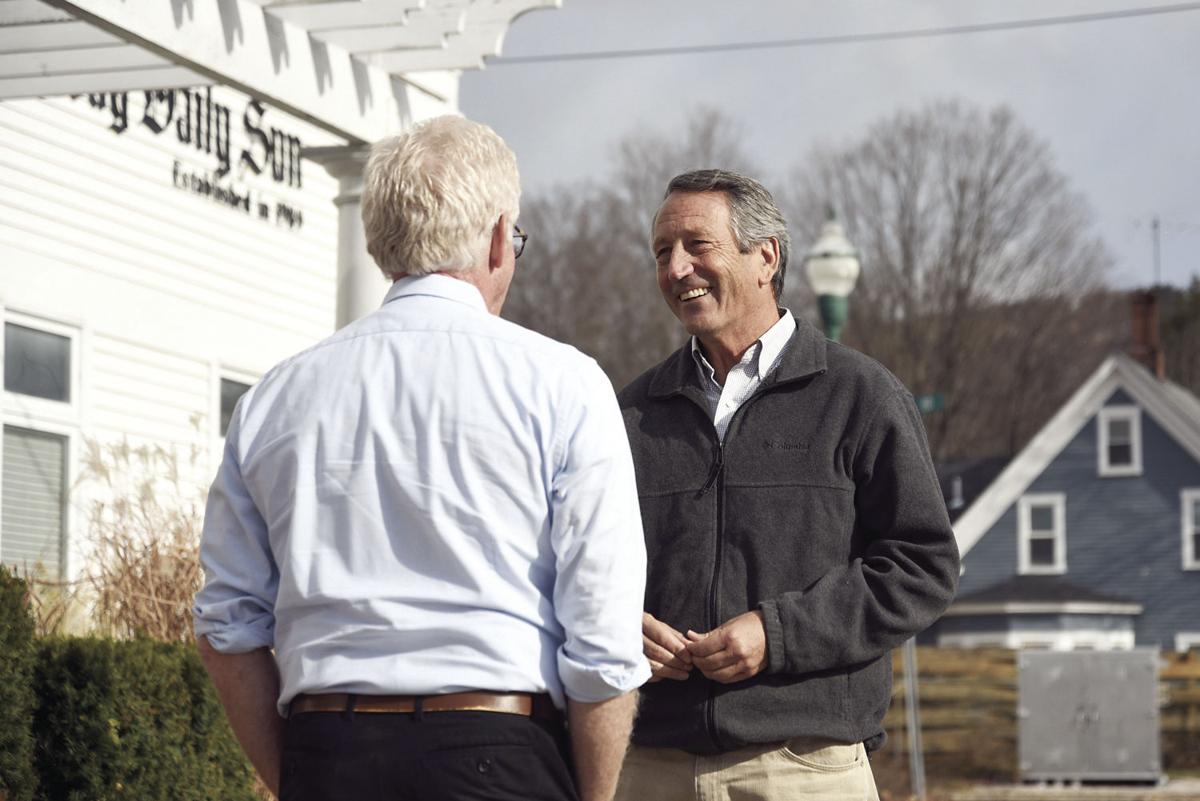 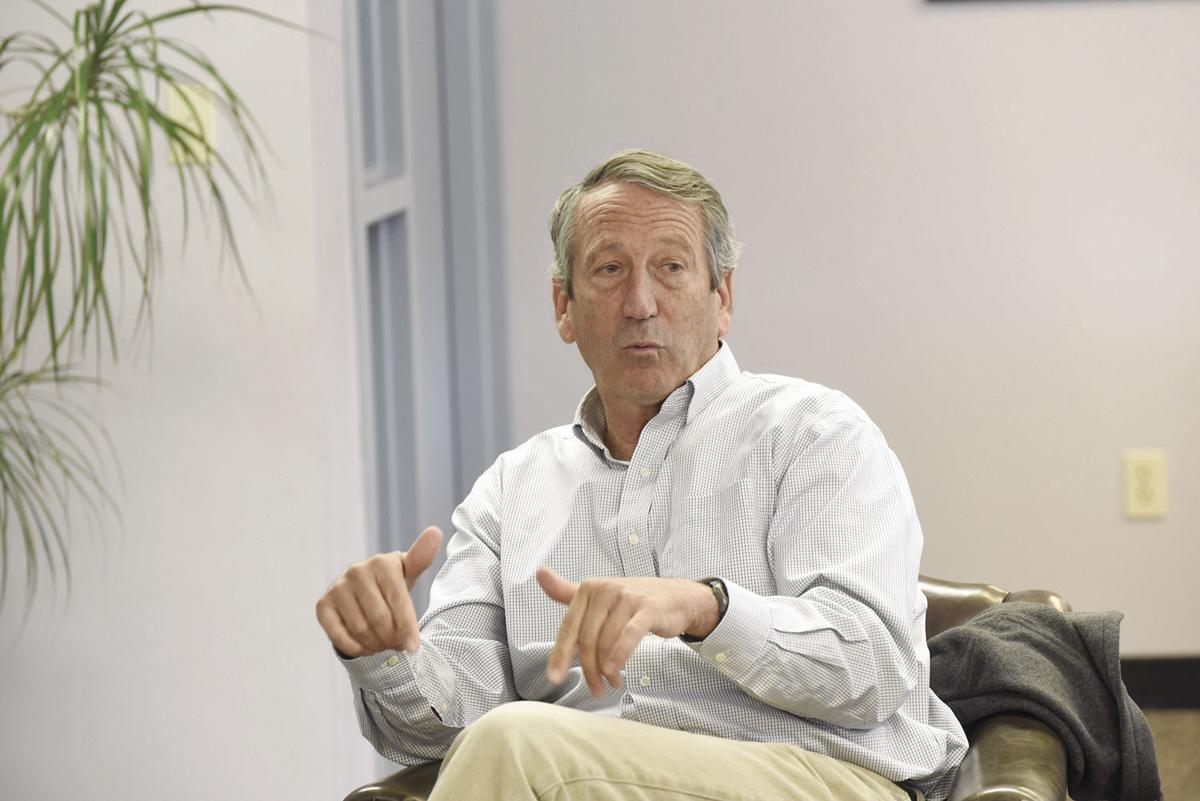 CONWAY — A candidate who doesn’t see a clear path to the White House, former South Carolina Gov. Mark Sanford would consider it "a win” if he can bring attention to the $23 trillion national deficit and see the GOP return to a party for the people.

Sanford, 59, was in the Mount Washington Valley last Friday with stops at Kennett High School, the Gibson Center for Senior Services in North Conway and an editorial board at the Sun.

Sanford served in Congress from 1995-2001 and 2013-19, and was governor of South Carolina from 2003-11. He announced his run for the GOP nomination on Sept. 8. Until recently, he had been a teaching fellow at the University of Chicago’s Institute of Politics.

Trump has referred to the trio on Twitter as “the Three Stooges.”

On Nov. 8 at the Sun, Sanford talked about how the national deficit is ruining the American dream for future generations and why impeachment is not the right path to go down with Trump.

Publisher Mark Guerringue asked Sanford if there was a path to be the GOP presidential nominee.

“I don’t think so,” Sanford said. “I’ve always been very upfront about the purpose of this campaign, which is to say that I think that we’re missing the boat in having concurrent denial conversations. So, on the Democratic side it’s a debate of more versus more, without real consideration of how do you pay for all of this stuff.” On the Republican side, “it’s simply three monkeys — hear no evil, see no evil, speak no evil — we just won’t talk about debt and deficit spending. I think you have to always be realistic about what you’re trying to accomplish,” he said.

Sanford added: “I’ve been upfront when I was in Congress about some of my concerns about Trump and where he’s taking the party. I said two things: One, we need to have a debate about what it means to be a Republican these days. Do we or don’t we believe in some of the tenets I think have served the party well?

“And what in the world have we done with the belief in financial stewardship and prudence? We’re not even talking about it now.”

Sanford said “the genesis” of his decision to run came the night after he lost in the primary in his re-election bid for Congress in June 2018.

“A buddy from back home called and he said, ‘God just cleared your calendar for a reason. and I know what it is,’” Sanford said. “I was like, ‘I’m so glad you’ve got the direct connect, fill me in.’ He said what you need to do is primary the president. I said that’s preposterous, that’s crazy.”

He called his friend back and said, “All right, I’ll roll the grenade down the aisle.”

Sanford warned that the deficit will probably begin to hamper Americans “real soon.” “We’re going to get hammered,” he said. “We’re now in the largest economic recovery in American history. We’re now at 123 months, I believe. The average economic recovery since World War II has been about 58 months, about half that time period. I don’t know when it ends, but I know that trees don’t grow to the sky, and the law of averages does matter.

“The deficit has gone up by five points and interest rates have gone down by about five to combat that recession. Guess what, we got no bullets left in the gun. We are out of ammunition.”

“I think the president is doing incredible destruction with regard to just the tone that he uses,” Sanford said. “What he’s doing is he is turning off, in the same way that (Franklin) Roosevelt turned on folks to being a Democrat for 40 years, he’s doing the same thing to young millennials right now.”

The impeachment proceedings are “something I didn’t see coming,” Sanford said. He fears it will deflect from any other discussion this election.

Asked which three people throughout history he’d like to have dinner with, Sanford answered Thomas Jefferson, Virgin Group chairman Richard Branson (“because of his zest and joy for life”) and Gen. Douglas MacArthur (“because of the kind of decisions he had to make during the Second World War. I’d like to learn more about that”).