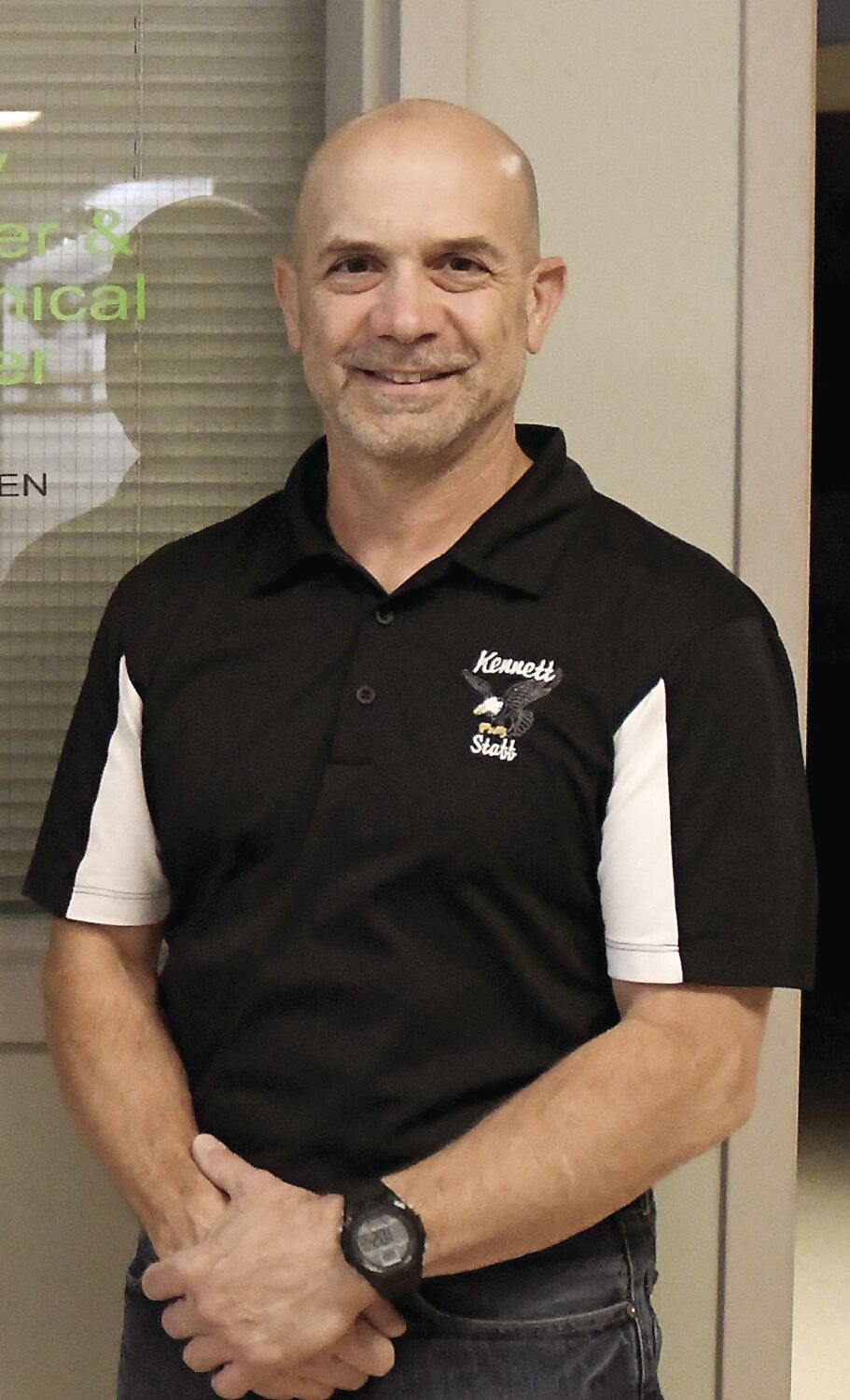 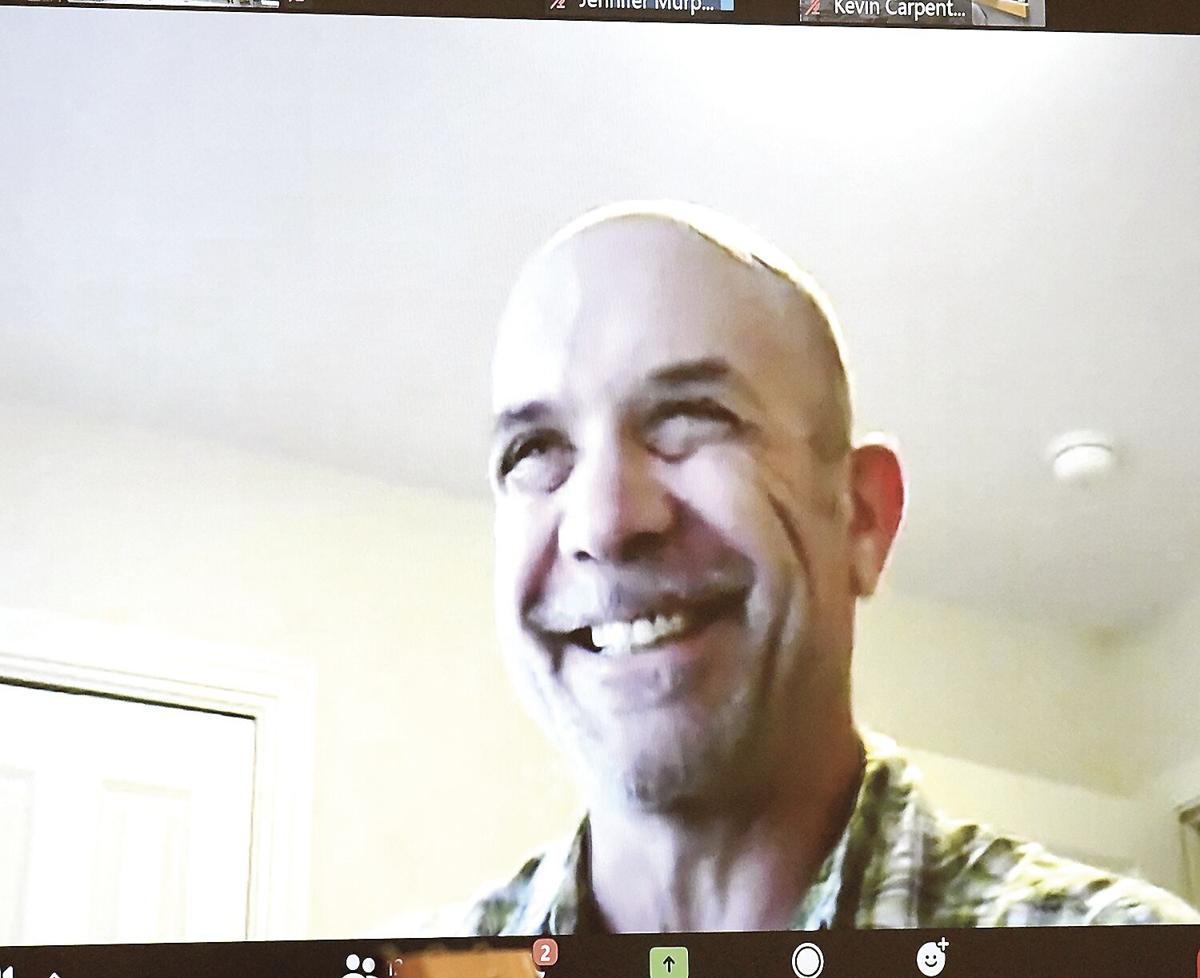 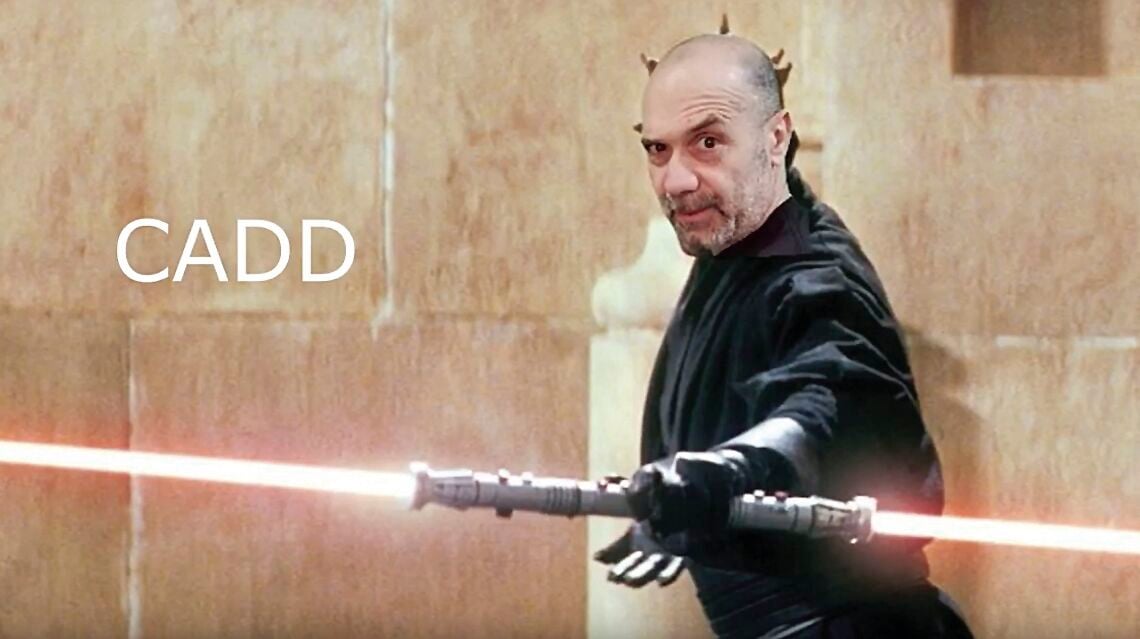 Joe Riddensdale, drafting and CADD teacher, appears as a Star Wars character in the Mount Washington Valley Career and Technical Center's 2020 video, “This is how we’re Living," which was made to highlight the remote learning opportunities due to the COVID-19 pandemic. (LLOYD JONES PHOTO) 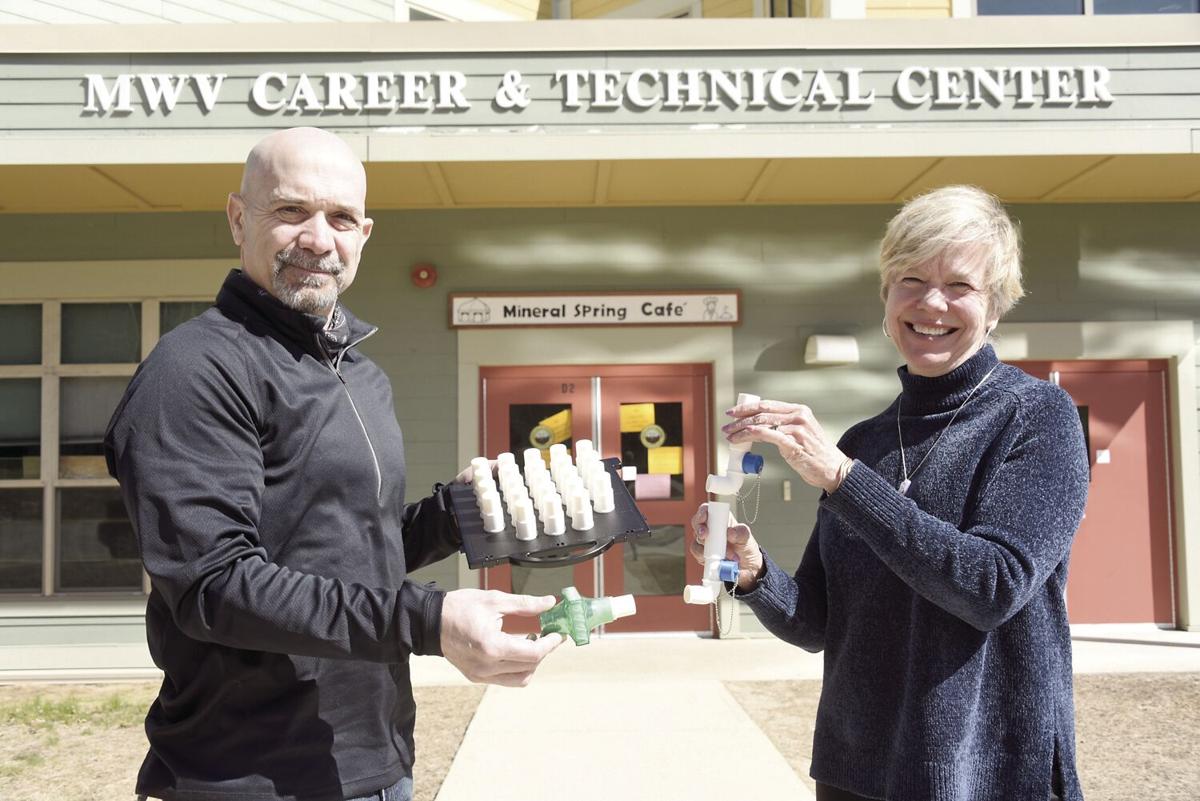 Joe Riddensdale, drafting and CADD teacher, appears as a Star Wars character in the Mount Washington Valley Career and Technical Center's 2020 video, “This is how we’re Living," which was made to highlight the remote learning opportunities due to the COVID-19 pandemic. (LLOYD JONES PHOTO)

CONWAY — Joe Riddensdale has a passion for education and wants to continue to raise the bar both for himself and his students, whether that be teaching STEM Aviation for the first time in the Mount Washington Valley Career and Technical Center at Kennett High or making the first food delivery by drone in the Granite State.

This was all done amid the COVID-19 pandemic, and Riddensdale, the CADD (Computer-Aided Design & Drafting) and engineering teacher at KHS, even did his part to help the community combat the virus. He made a splitter out of hard plastic that could hook up to a ventilator and in essence, turned one ventilator into two, doubling the fleet at Memorial Hospital in April of 2020.

“I don’t know when they’ll announce the national winner,” Riddensdale said, “but just being the New Hampshire STEM Teacher of the Year is pretty cool.”

Virginia Schrader, executive director of the MWVCTC, nominated Riddensdale for the award.

“All the school districts in the state were notified that their principals and (career-tech) directors could nominate someone,” Schrader said by phone on Thursday. “We were thrilled we won the state award (in mid-June), and we’re hoping for good news at the national level.”

Schrader is proud to have Riddensdale on her team.

“He’s such a great guy,” she said. “I’m very fortunate to have him as a teacher in our district. Joe is a wonderful role model for our students.”

Earlier this year, in February, Riddensdale was also nominated for the New Hampshire Air Force Association Teacher of the Year Award for 2021. The nomination letter states: “Through your continued dedication and commitment to both Aerospace Technology/STEM and children, you have been selected to join the few who have been honored with this nomination.”

Also, last month, the Aircraft Owners and Pilots Association, which is helping to create the curriculum for STEM Aviation, announced three STEM teachers had been selected to receive a $10,000 scholarship to earn their pilot’s license. Riddensdale was one.

“He’s so excited about that, and I’m excited for him,” Schrader said.

Riddensdale said he has been pleased to introduce students to aviation. AOPA has created a four-year aviation program, which the career-tech center unveiled last September with a dozen freshmen in it. This fall will mark the second year of the program with Riddensdale teaching both the freshman and sophomore curriculum.

The aviation curriculum, according to Schrader, is based “heavily on science and math with an aviation bent.”

“It covers all careers in aviation, not just pilots or not just mechanics or anything like that,” she said. “Its main focus is on science and math.”

“It was definitely harder and made harder by COVID,” Riddensdale said of the first year during the pandemic. “I tried to augment the curriculum with things that weren’t in the curriculum by taking them to the simulator (at the Aviation Academy) and (plane) rides and other things to really spark the interest. We also did drones to give them a taste.”

He added: “I believe some students, because they took this class, it sparked a real interest for them.”

Conway School Board Chairman Joe Lentini is impressed with the STEM programs.

“I just recently had some conversations with parents, who were just beside themselves, how thrilled they were at some of the programs that are being run through career-tech right now,” he said. “I talked to a parent of freshmen who did STEM Aviation and just, you know, the whole concept is so far beyond what any of us grew up with. The potential directions that children can go in right now are endless, compared to how narrow it used to be.”

Lentini added: “The excitement and work that Joe has brought to this is just a gift to the valley.”

Last October, Riddensdale and his CADD 3 students went to new heights to bring food to the campus. His class successfully delivered a bagel sandwich from Big Dave’s Bagels to the top of Eagles’ Way via drone. It was a groundbreaking moment for the local flock of Eagles.

“I believe we’re probably the first in the state to deliver food via a drone,” said Riddensdale, who along with his Computer-Aided Design III students helmed the successful flight. In under 15 minutes, the school’s drone delivered a half-pound breakfast sandwich from the shop at the foot of the hill to the rear entrance of Kennett High, where the bagel landed in a box at the feet of Schrader.

“I heard last year before COVID-19 that somewhere else in the country they did deliver food, but I’m pretty sure we’re the first in New Hampshire,” Riddensdale said. “It’s still pretty neat.”

At the outset of the pandemic, folks across the Mount Washington Valley were looking for ways to pitch in and try to lighten the load for the front-line heroes at Memorial Hospital. Riddensdale wife, Kim, is a respiratory therapist at Memorial and told him about the shortage of ventilators in April of 2020.

“One of the things that came up with Kim in our conversations was how the hospital only has five ventilators at the moment,” Riddensdale said on April 8, 2020. “I know there is a concern about not having enough.”

Riddensdale put on his thinking cap and programmed the 3-D printer at Kennett High School, and 48 hours later had created two pieces of equipment that could be lifesavers.

He made a splitter out of hard plastic that can hook up to a ventilator and in essence turn one ventilator into two, potentially doubling the fleet at Memorial.

“The splitter would be something that could be used as a last resort if needed,” Joe said, noting, “I designed these based on the ventilators at the hospital.”

He added: “Kim and I also discussed the filters they have at the hospital. A specific antiviral filter could be used on the vents if they had an adapter.”

So he also created a connector piece to attach the antiviral filter on the exhalation side of the ventilator, which will protect against any virus or potential infections entering the room.

“I was very excited to see the work that Joe Riddensdale did and how this small piece he made is improving the safety of our ventilators,” Dr. Matt Dunn, chief medical officer at Memorial, said.

Riddensdale, a Navy veteran, is also the coach of the Kennett Coders robotics team and the founder of Task Force Eagle in 2018, a student group designed to assist high school students in preparation for military service upon graduation.

In the summer he serves as the director of the MWV School to Career youth camps where children in grades 7-9 get to experience a week of various camps including a health camp at Memorial Hospital, a coding camp, a game design camp, a photo and video camp, STEM Aviation camp, STEM Mars exploration camp and SeaPerch camp.