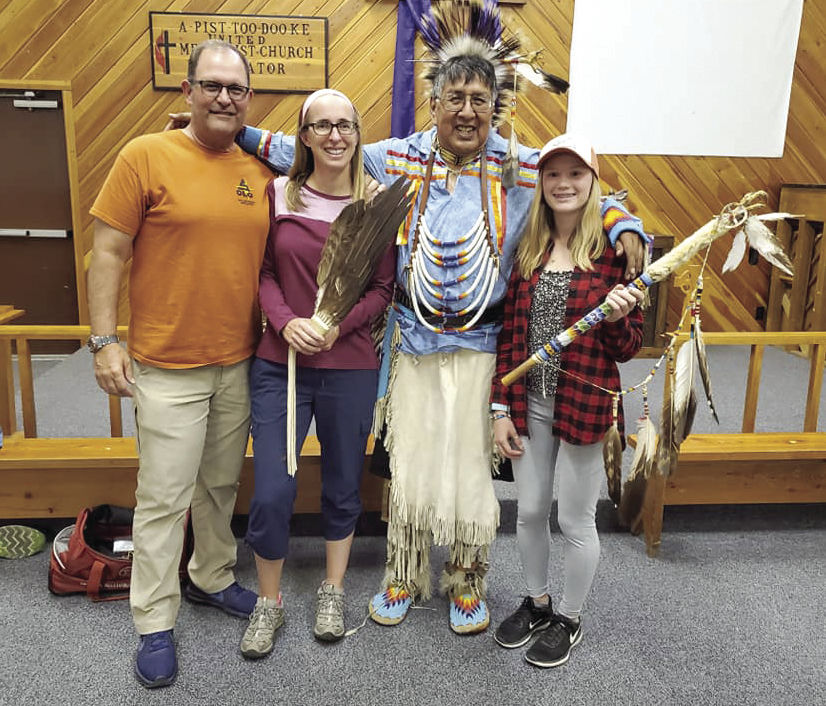 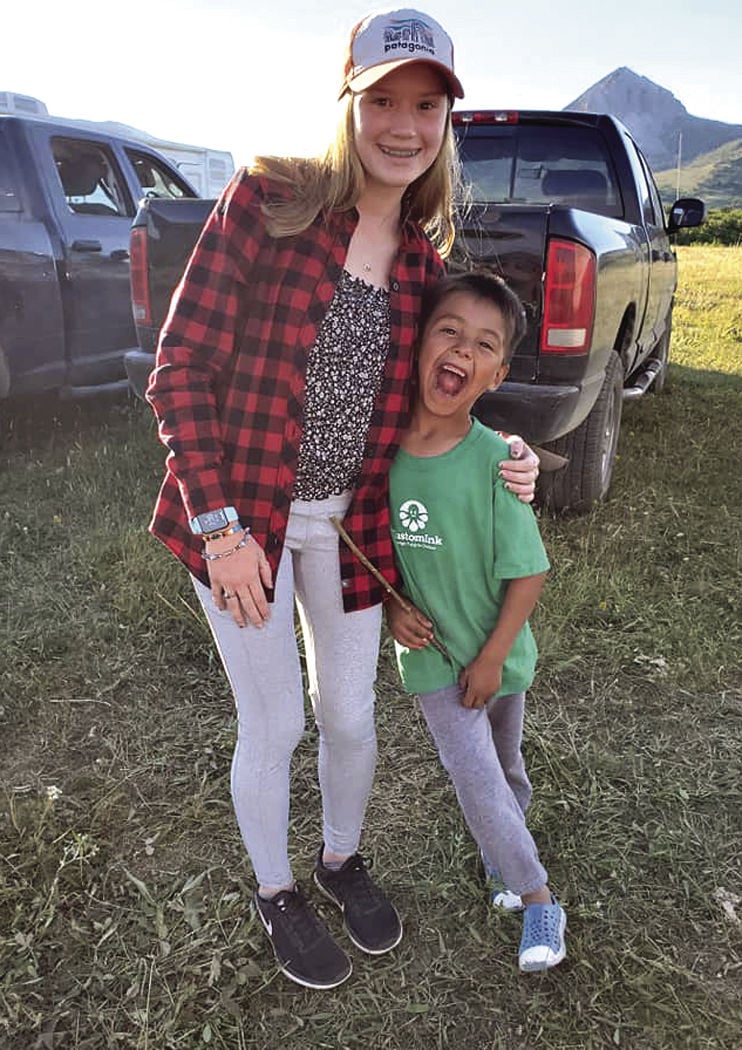 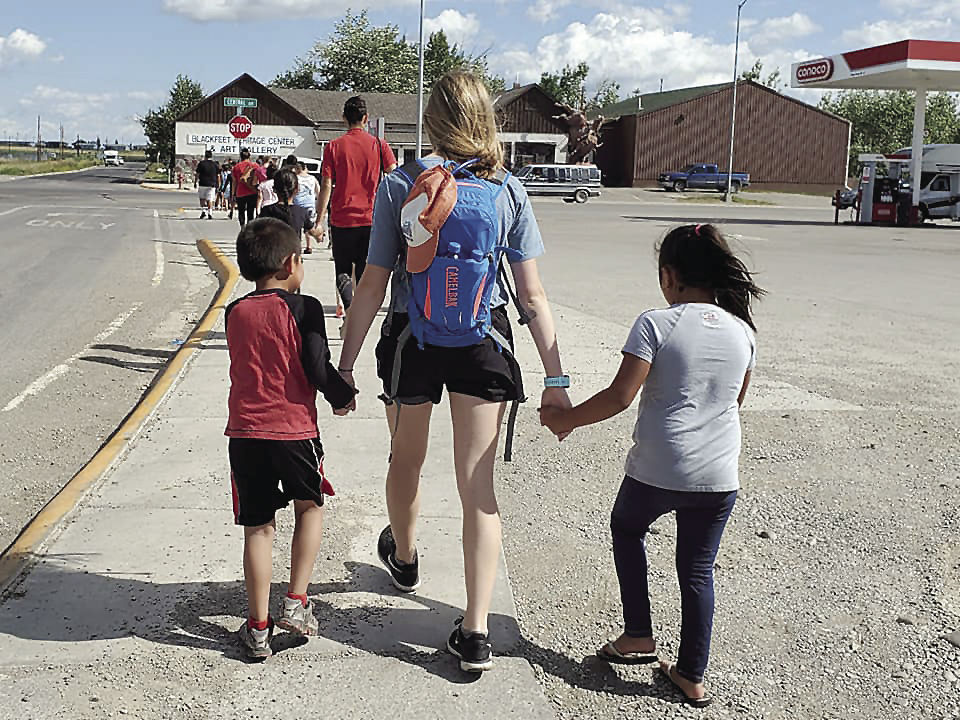 Grace Perley, 15, made quite an impact on youngsters in Browning, Mont. on the Blackfeet indian Reservation. Here, she and two youngsters head off on a field trip. (CHRIS PERLEY PHOTO) 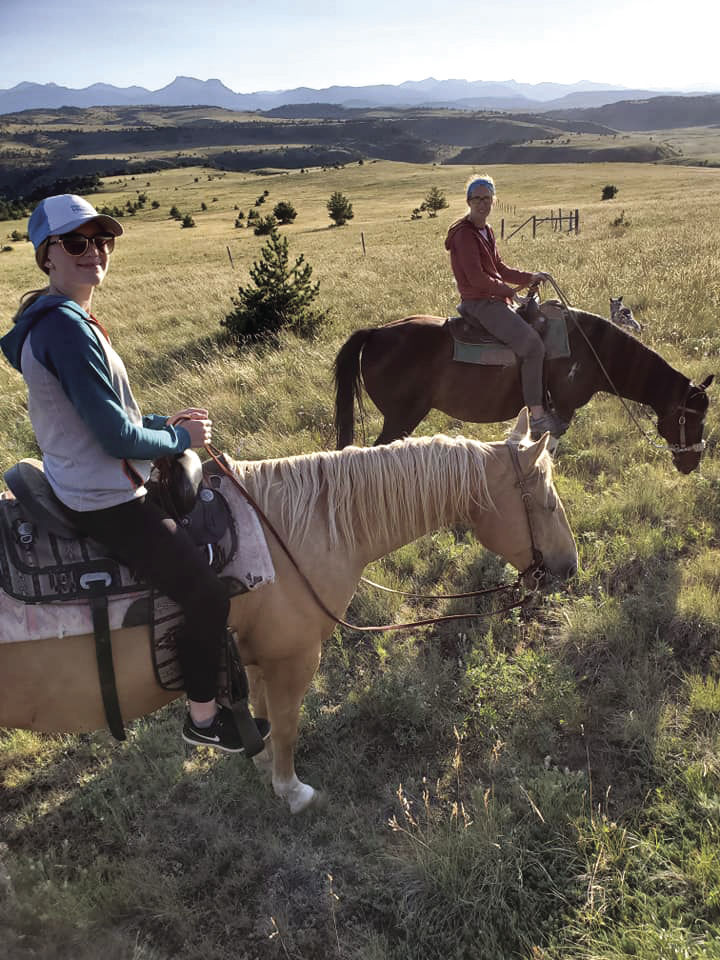 Brittany and Grace Perley take a break during a trail ride. It was Brittany's first time on a horse. (CHRIS PERLEY PHOTO)

The buffalo are revered on the Blackfeet Indian Reservation in Montana. (CHRIS PERLEY PHOTO) 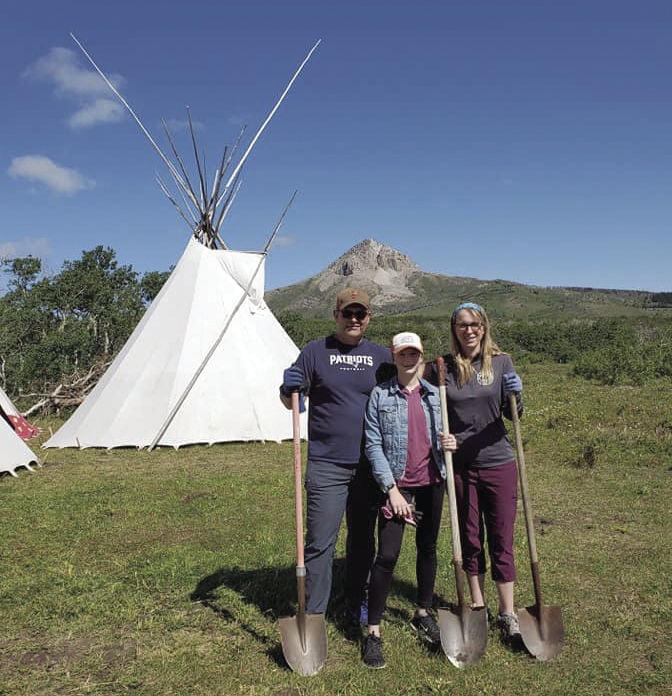 Chris, Grace and Brittany Perley enjoyed everything they did at the Blackfeet reservation. Grace said: "I thought I was giving them something, but they gave me so much more." (COURTESY PHOTO)

Grace Perley, 15, made quite an impact on youngsters in Browning, Mont. on the Blackfeet indian Reservation. Here, she and two youngsters head off on a field trip. (CHRIS PERLEY PHOTO)

Brittany and Grace Perley take a break during a trail ride. It was Brittany's first time on a horse. (CHRIS PERLEY PHOTO)

The buffalo are revered on the Blackfeet Indian Reservation in Montana. (CHRIS PERLEY PHOTO)

Chris, Grace and Brittany Perley enjoyed everything they did at the Blackfeet reservation. Grace said: "I thought I was giving them something, but they gave me so much more." (COURTESY PHOTO)

CONWAY — When Grace Perley begins her sophomore year at Kennett High School in a few weeks, she will have quite an essay to write on how she spent her summer vacation.

Grace, 15, got the experience of a lifetime when the North Conway resident and her parents, Brittany and Chris Perley, spent July 20-27 in picturesque Montana with Glacier National Park serving as the backdrop while the three volunteered at the Blackfeet Indian Reservation.

The family did everything from serving meals on wheels to stocking shelves and feeding livestock. Above all, they formed some pretty powerful bonds with the residents in just a few short days.

“It was really hard leaving,” Grace told the Sun in a recent interview. “The people there are just amazing.”

The Perleys wanted to do something meaningful as a family this summer. Volunteering in Cuba, Costa Rica, Central West Virginia or tribal territory in Montana were four options they weighed.

Montana won out. “We thought that we have never been out west and that it would cool to help a (Native American) reservation,” Grace explained.

The family found and booked their trip through Global Volunteers, an international non-profit that has provided continuous service to the Blackfeet since 1999.

The family flew to Bozeman, Mont., then drove 4 1/2 hours to the 1.5 million-acre reservation, whose population is roughly 10,000 people.

The Perleys stayed at a church in the village of Heart Butte.

“We didn’t know anything about reservation life,” said Chris, 59, the chief of police in Jackson.

Once there, he said, they discovered "there was a real focus on making sure that everyone had food. That was important, and a lot of our work was food-related. We delivered meals on wheels, we worked at their Eagle Shield (community) center, which is like their version of the Gibson Center.”

Their first day, the Perleys were given a tour of the reservation and saw 300 buffalo, "which were kind of intimidating,” Grace said. “They were, like, 20 feet away from us.”

Not so intimidating were the kids on the reservation, who immediately gravitated to Grace.

“They just walk up to you and hold your hand,” she said.

The youngsters were fascinated by the braces on Grace's teeth, something many had never seen before.

“They were very memorized by that,” she said. “They would just line up and be like, ‘Smile, so I can see your braces.’"

Her father said: "The group we interacted with the most were probably in grades K-3. They were curious about strangers. They would ask where we were from. They had no point of reference where New Hampshire was.”

The Perleys were assigned to different crews on their first workday. Chris and Grace worked together, while Brittany helped take down a teepee, and cleared brush for a sun dance ceremony.

Chris and Grace also spent a half-day working in the food bank.

“It’s not like stocking the shelves at Hannaford,” he said. “People there, they shop two weeks or a month at a time. You would put up two cases of apple juice and then go back into the stockroom to get canned peas and come back and the apple juice is gone.”

The Perleys also served lunches in the community center for two days and delivered more than 120 meals on wheels to residents. They were the lone contact some residents had each day.

“It was a really good feeling to know you were helping,” Grace said.

One night, the Perleys were invited to take part in a sweat lodge by Tom Crawford, a tribal healer. The women had to wear skirts while the men were shirtless and had to wear shorts. No photographs were permitted. Twenty-two people took part in the ceremony.

“The sweat lodge is like a dome,” Grace explained. “The girls go in and sit on the left side, the guys go in on the right side and then the leader is in the middle near a little pit. It’s basically a purification ceremony with intense heat."

The villagers passed smoked fish and blueberries around for everyone to eat. A ceremonial pipe also was passed around, not to inhale but to blow the smoke out, giving up your prayers to the gods.

“It’s extremely powerful,” Grace said. “I’d say the purpose of this is to deepen our souls, to get rid of our sins and to connect with the spirits on a deeper level.”

“The thing for me, and I know it was very impactful for Grace,” her father said, “and this was true with all of the enrichment things we did on the reservation — they are not tourist recreations, they were the actual thing and they were being performed by Blackfeet Indians in the same way they performed them for hundreds if not thousands of years."

He said there were two men in the sweat lodge who were going to be in the sun dance ceremony and had been fasting for three days. "I’m looking at their faces in kind of that dim light before they shut the door, and these are the same faces you would have seen 300 years ago. I really felt privileged to get that kind of front-row seat to experience it.”

After the trip, Brittany Perley, 47,Carroll County Sheriff’s deputy, told the Sun: “I am feeling so humbled after spending a week working on the Blackfeet Indian Reservation in Montana. ... Our evenings were spent doing cultural immersion by living in the small community of Heart Butte alongside the people we were helping. What wonderful people to include us in their everyday lives and traditions, like they had known us forever. One evening, we went to a ranch and I went on my first horseback ride ever! Complete with mountains, rivers, canyons and dogs chasing away the critters ahead of us.”

Grace, who wants to be a nurse practitioner and travel nurse, said she’ll never forget the people or the experiences.

“I got really close to a couple of the kids, and it was really hard to say goodbye to them,” she said. “I just loved spending time with them. One little boy, Paeden, said, ‘Do you live here in Browning?’ We said no, we live in New Hampshire, and he said, ‘You should live here, it’s a really nice place.’ That kind of like touched us."

She added: “I thought I was giving them something, but they gave me so much more.”

Perley got more than he expected out of the trip, too — he saw his daughter growing up before his eyes.

"It was a really great experience because I got to see her work more in a cooperative and peer setting than father and daughter. It was really rewarding.”