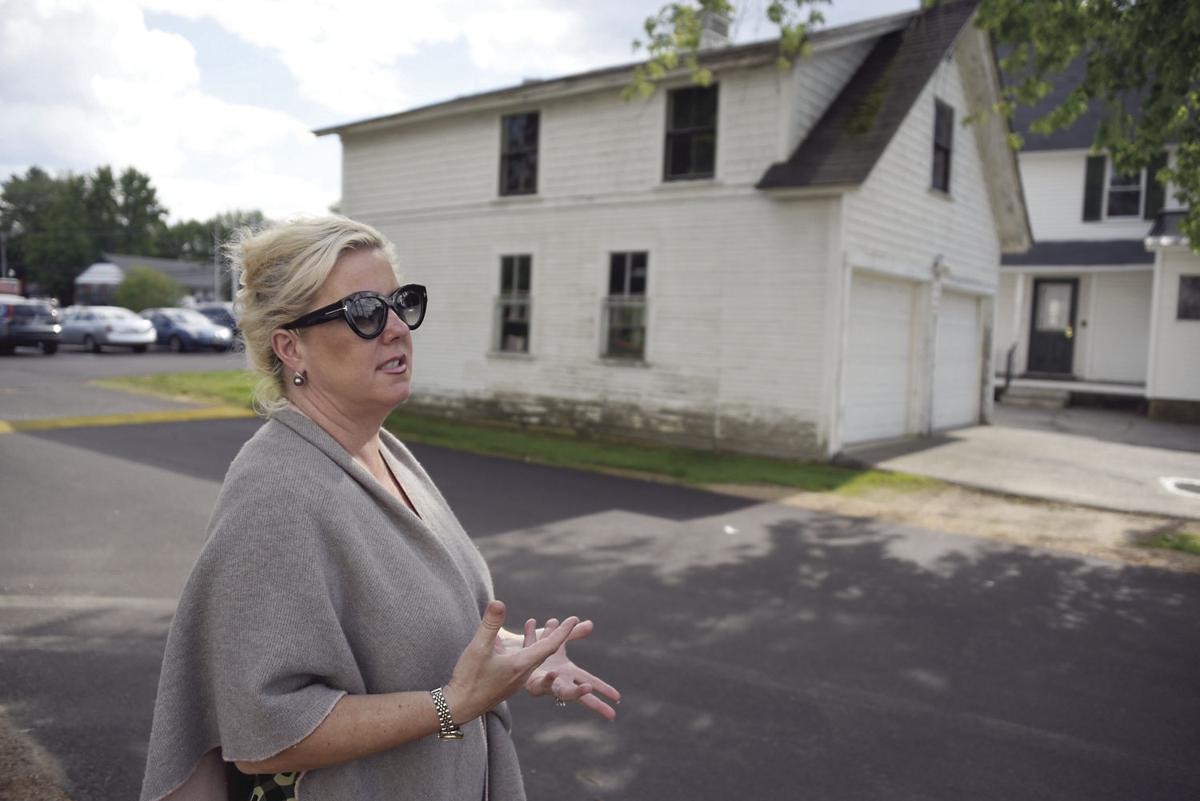 Hannah Schneider describes her encounters with people looking for the Way Station (seen in background) as she stands at the edge of her driveway on Grove Street in North Conway on Tuesday. (JAMIE GEMMITI PHOTO) 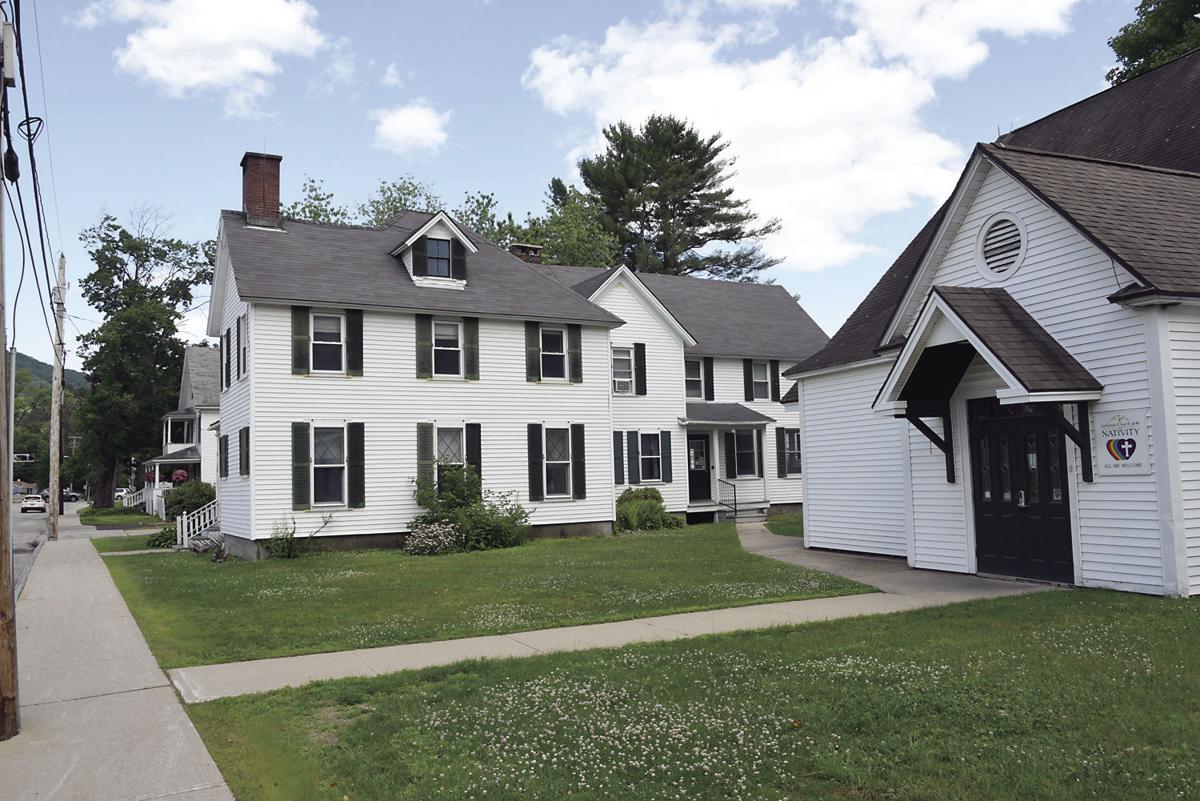 The Way Station in the old rectory of the Lutheran Church of the Nativity on Grove Street in North Conway is seen at right. (JAMIE GEMMITI PHOTO)

Hannah Schneider describes her encounters with people looking for the Way Station (seen in background) as she stands at the edge of her driveway on Grove Street in North Conway on Tuesday. (JAMIE GEMMITI PHOTO)

The Way Station in the old rectory of the Lutheran Church of the Nativity on Grove Street in North Conway is seen at right. (JAMIE GEMMITI PHOTO)

CONWAY — Abutters to the Lutheran Church on Grove Street in North Conway say the church's effort to help homeless people is drawing an unsavory element into their neighborhood.

The church last month opened the Way Station in its rectory. The program is a day resource center for housing-insecure people who lack washing facilities, internet access, haircuts, post office boxes and transportation.

The church's Pastor Nathan Hall is joined by the Rev. Gail Doktor of the Jackson Community Church in running the Way Station, which operates under Vaughan Community Services' 501(c)(3) legal status.

Hannah and Christoph Schneiders' home, at 33 Grove St., is separated from the church's property by a driveway.

They said on the afternoon of June 27, the couple, who own a boutique hotel in Austria, were preparing to take their dog for a walk when they saw a young man and woman trying to peek into the rectory.

The man came over to the Schneiders and explained that they were homeless and hungry. They asked for money or food, and Hannah said she gave them some salad, crackers and an apple.

Christoph said that later that day he saw police arresting the couple. The man was taken away in one cruiser and the woman in another.

"I have no problem helping the homeless," he told the Sun, "and I don't want to be a monster trying to shut down a center for homeless services, but I just want to make sure that if it's being done in my back yard it's being done properly and by someone who is qualified to do it."

Conway police logs show a homeless man and woman were arrested near the TD Bank property on the afternoon of June 27. The woman was charged with stalking and bail jumping while the man was picked up on a bench warrant.

Hannah said she spoke to Doktor about it.

"They never informed us, as their neighbor, that they are running this program," she said, adding she has noticed people who appear to be intoxicated around the rectory.

"What I'm upset about, as a neighbor, is we are now attracting homeless people ... One of the big reasons in this day and age that people are homeless is not only mental illness but addiction, and so what they are really attracting is addicts who are coming in here," she said.

"I'm upset with with the Lutheran Church because they didn't have the common decency to come and tell my husband and me about it," Hannah said.

A story about the Way Station's opening ran in the Sun in early May.

"We concluded that the activity falls within what would be construed as church outreach and did not require any site plan or zoning change of use," Holmes told the Sun in an email Monday.

Doktor said she told Hannah Schneider that Way Station guests were instructed to use the door on the other side of the rectory so neighbors wouldn't see the comings and goings.

The problem is, it's not marked," Hannah said, "and we have people who are wandering into our yard begging for money and food."

A small sign was posted on the Way Station door on Monday afternoon.

Doktor described the Way Station as "a private mission" that's supported by several churches on private property. Doktor said since mid-June the Way Station has helped about a dozen people — some were in families.

"We are using the facility about eight hours per week," said Doktor.

The facility's website says, "During June, we'll begin with limited hours: Sundays (teens 2-5 p.m., families 5-9 p.m.) and Mondays (families 5-9 p.m). Additionally, contact us if you need a ride or need access to this facility at other times."

Hall was out of state this week but spoke to the Sun by phone.

He said they didn't think to talk to the neighbors but noted he plans to get in touch with the Schneiders.

He said the "navigators" at Way Station are usually pastors or school district staffers who have training and experience dealing with things like conflict resolution. They can make referrals to other service agencies. Training sessions have been held by Granite United Way and the University of New Hampshire.

Doktor said that in addition to helping with personal needs, the Way Station also provides emotional support and referrals to social services for people who are economically or housing insecure. She said some people who need help live in campgrounds in warm weather so they can afford shelter in the winter. She said they work several jobs to support themselves and their children.

"What we are trying to do is address and stabilize some of those situations," she said.

Asked about signage, Doktor said the town suggested they get a sandwich board sign to alert people about the hours they are open. They also are trying to figure out a place where clients can wait for the Way Station to open up.

"We want to be a safe neighbor for everybody," said Doktor.

Asked about the pair who were arrested and whether she thinks the Way Station is attracting criminals, Doktor said that is a question for the police.

"North Conway is a walkable place, so people who don't have a car and need help will walk around and do that," said Doktor.

She said she thinks the couple in question went to Vaughan for help before coming to the Way Station but isn't sure because she never spoke to the couple.

"I don't have the full story," said Doktor, adding that the leadership of the Way Station is looking at the incident.

Doktor told the Sun that the Way Station wants its guests to seek help through "the appropriate channels," and that doesn't include asking strangers.

For more information about the Way Station, go to waystationnh.org.