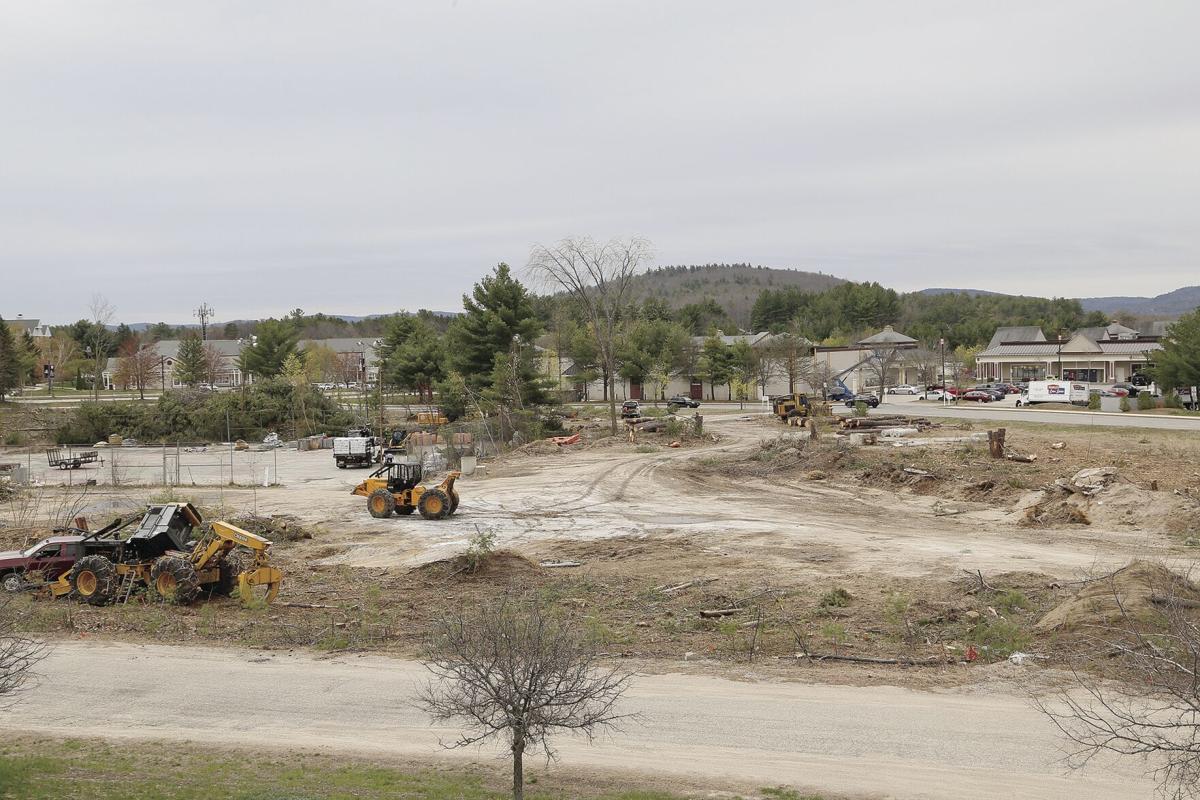 The site next to the Settlers Green Outlet Village, where brush is being cleared for a new Market Basket. (RACHEL SHARPLES PHOTO) 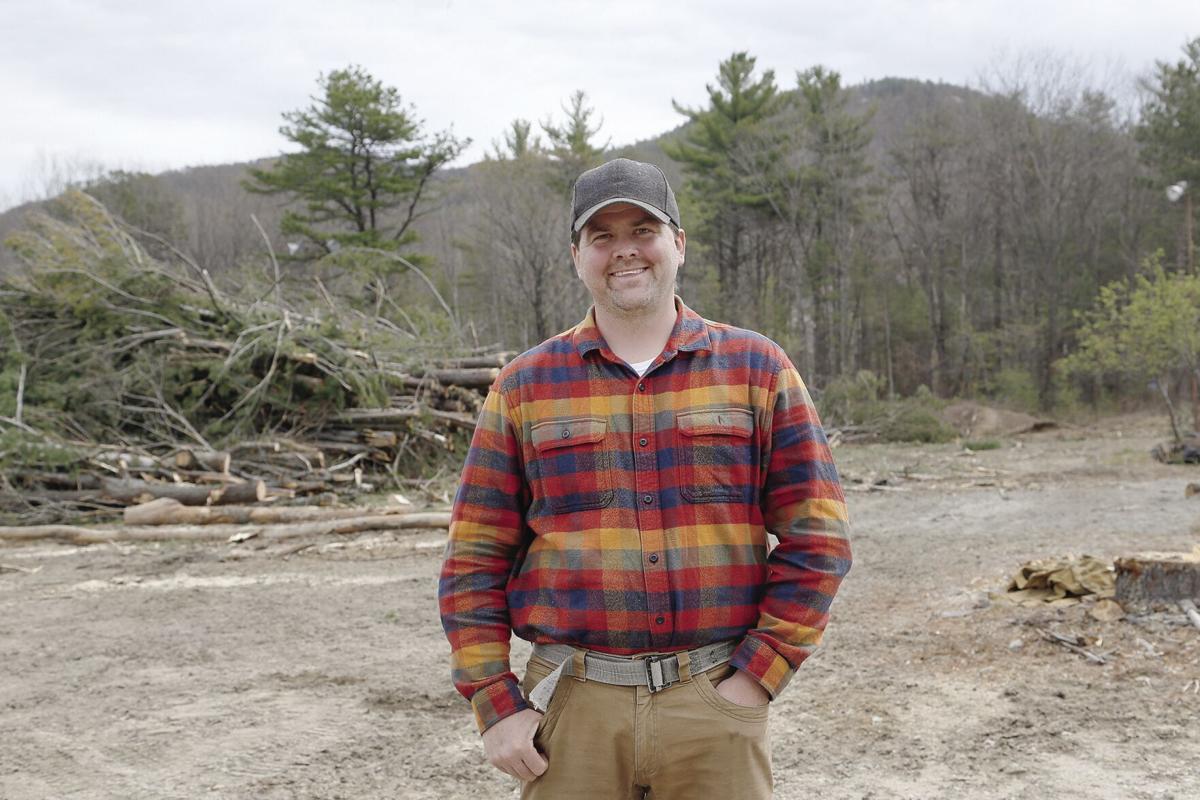 Keith Wehmeyer, the project manager for Settlers Green, stands Monday at the site being cleared for a new Market Basket. Gordon T. Burke of Intervale is clearing the 6 acres, but a Market Basket team will build the actual store. (RACHEL SHARPLES PHOTO)

The site next to the Settlers Green Outlet Village, where brush is being cleared for a new Market Basket. (RACHEL SHARPLES PHOTO)

Keith Wehmeyer, the project manager for Settlers Green, stands Monday at the site being cleared for a new Market Basket. Gordon T. Burke of Intervale is clearing the 6 acres, but a Market Basket team will build the actual store. (RACHEL SHARPLES PHOTO)

CONWAY — After years of being held up in court, there is finally tangible evidence that a Market Basket grocery store is going to be built in North Conway.

Trees are being felled and brush cleared on 6 acres off of Barnes Road, which is located south of Home Depot and north of Settlers Green outlet mall, whose owners are developing the site.

For a while, it looked as though this day would never come.

Bellevue Properties, owners of the North Conway Grand Hotel, delayed the project for years, filing suits claiming that traffic and road maintenance issues would impact their business. The town planners were sued along with Settlers. But both parties prevailed in two cases, while another is still pending in the New Hampshire Supreme Court.

In a suit filed in November 2019, Bellevue Properties claimed its easement rights could not be repealed by a 2017 town vote taken to discontinue the road (McMillan Lane) that will lead to the store without its written consent.

A year later, the Conway Planning Board unanimously gave conditional site-plan approval to Settlers Green for a 69,845-square-foot Market Basket store between Barnes Road and Common Court in North Conway.

The plan involves building a third roundabout on the North-South Road to handle the traffic.

“It (the remaining legal case) hasn’t been 100 percent resolved. But that doesn’t stop us from clearing the land and grubbing (stump removal).”

The process of land clearing and grubbing will take between a month and two months, said Barsamian. He said it will take between 60 and 90 days before they are able to put the new road in. At the end of the summer they will start on a roundabout.

He agreed it will take about a month or two before the site is ready for construction to begin. “It’s going great,” said Wehmeyer. “No issues at all.”

He said that Market Basket will hire its own general contractor for the construction of the store.

Barsamian said the first step would be to put the new road in and make sure it works and that will take until the end of the summer. Then, they have to remove McMillan Lane.

In 2017, there was a town vote to discontinue McMillan Lane. Bellevue Properties claims that traffic will adversely impact its business and also has raised concerns that once the town vacates the road, it will not be maintained properly. The case went all the way to the Supreme Court and the high court in August affirmed Superior Court Judge Amy Ignatius’ decision in favor of the Town of Conway.

The Sun asked Wehmeyer about the construction’s impact on traffic.

“The closure of McMillan Lane and opening of Barnes Road Extension will be seamless, and the roundabout will be coordinated with the Town Engineer (Paul DegliAngeli) with two-way traffic maintained at all times,” said Wehmeyer.

Market Basket itself, said Barsamian, hasn’t determined when it wants to open up. He said it could be as soon as the end of 2021 but more likely sometime next year.

Market Basket is a family-owned company started in 1954 by the DeMoulas brothers. The New England chain based in Lowell, Mass., has dozens of stores in Massachusetts, Maine and New Hampshire and to say it has a loyal customer base would be an understatement.

According to the Fall River Herald News, “Its base has always been the region’s smaller, diverse cities — like Lowell, Lawrence or Nashua — and the company has been wooed by communities wanting a Market Basket of their own. In fact, former Fall River Mayor Will Flanagan reached out to Market Basket in 2013 after Shaw’s closed, urging the company to move into the city.”

Add Barsamian to the fan base. “We’re grateful that Market Basket hung in there with us, you know, because because of all the delays,” he said.

“We’re grateful for that because I think it’s going to bring something special to the valley.”

It will be so nice to be able to shop at a Market Basket right here in my town instead of having to travel to Rochester. There are a lot of unemployed people in this valley and I think it will give this community an economical boost.

😍 Looking forward to shopping there!