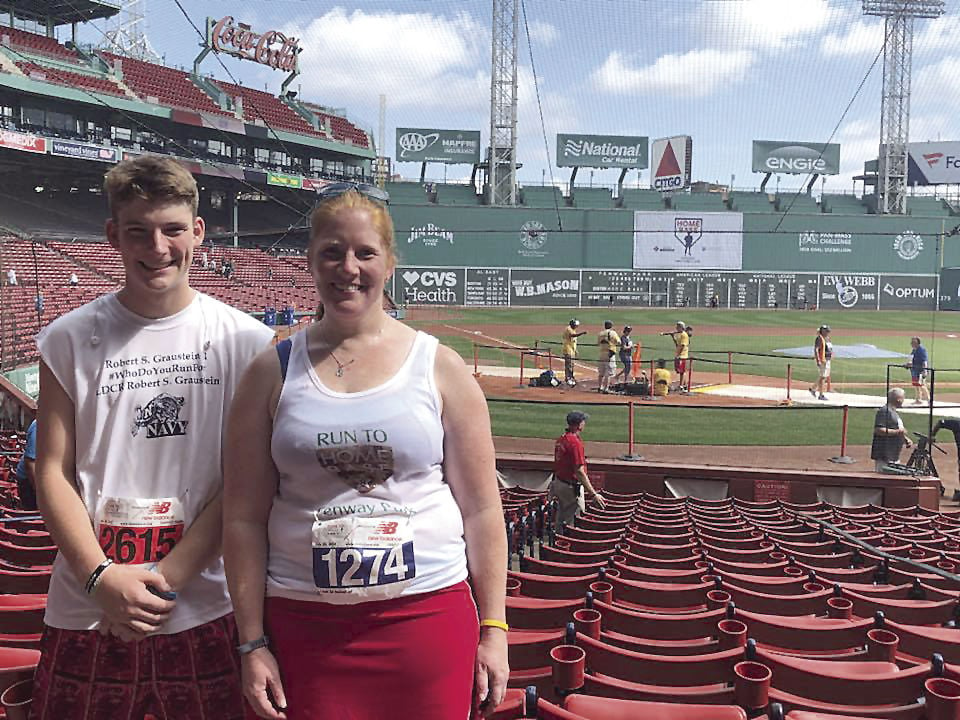 Bobby Graustein and Jessica Dolan took part in the annual Run to Home Base at Fenway Park on July 28. (COURTESY PHOTO) 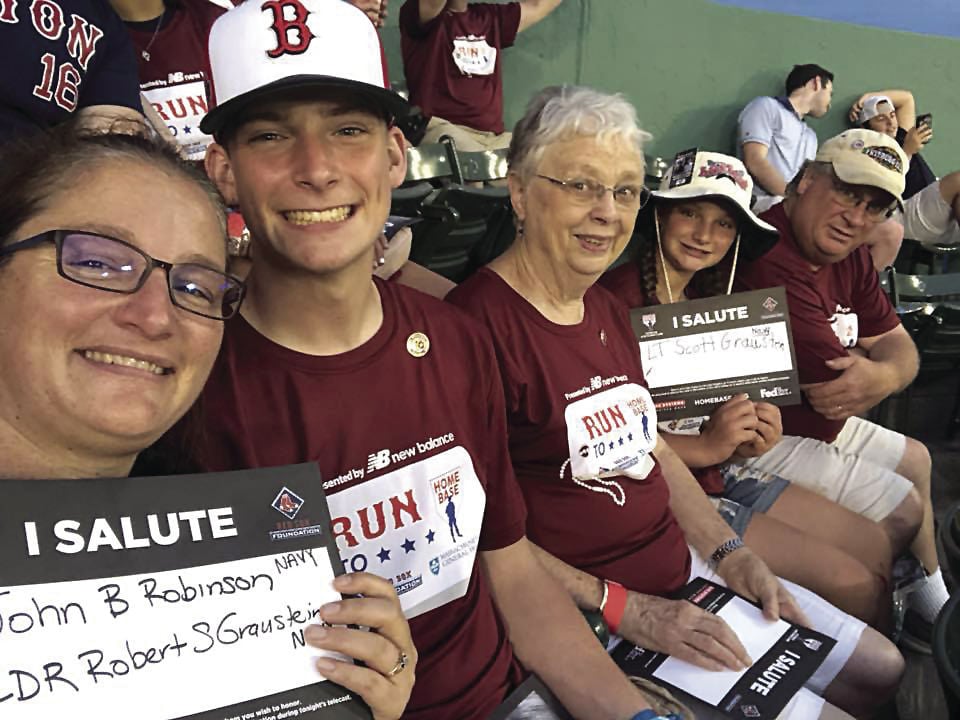 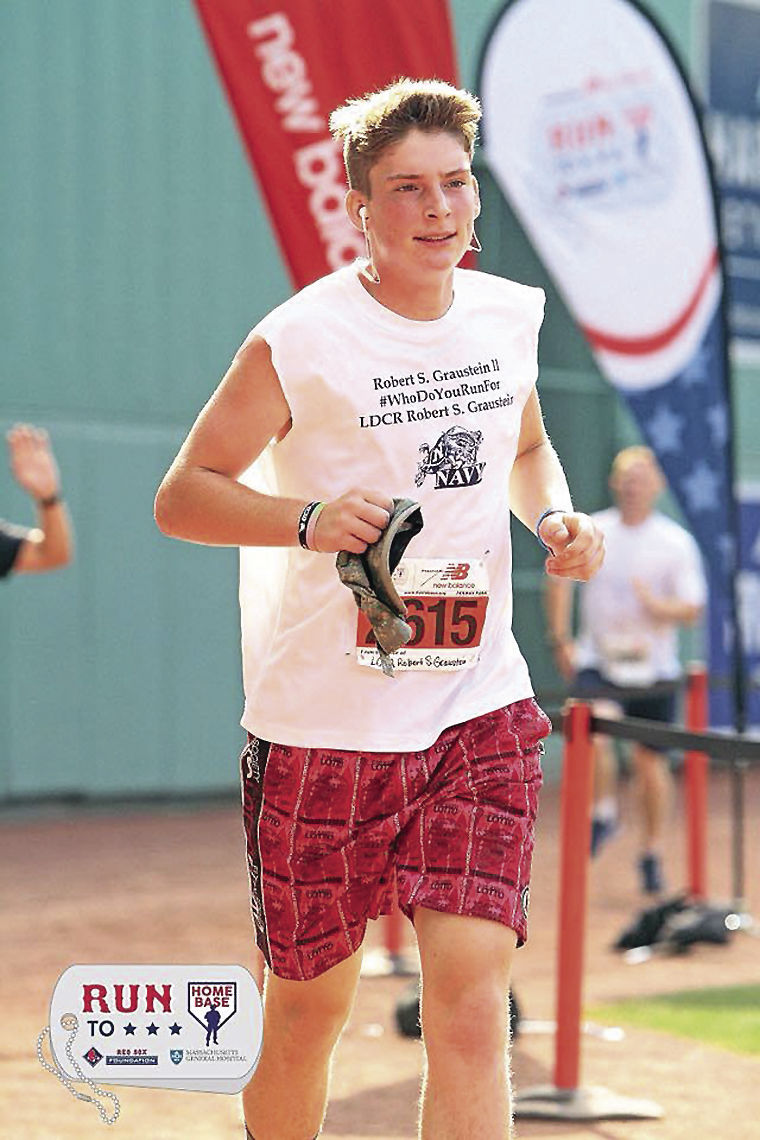 Bobby Graustein, 15, makes his way around Fenway Park in the Run to Home Base 5K on July 28. (COURTESY PHOTO) 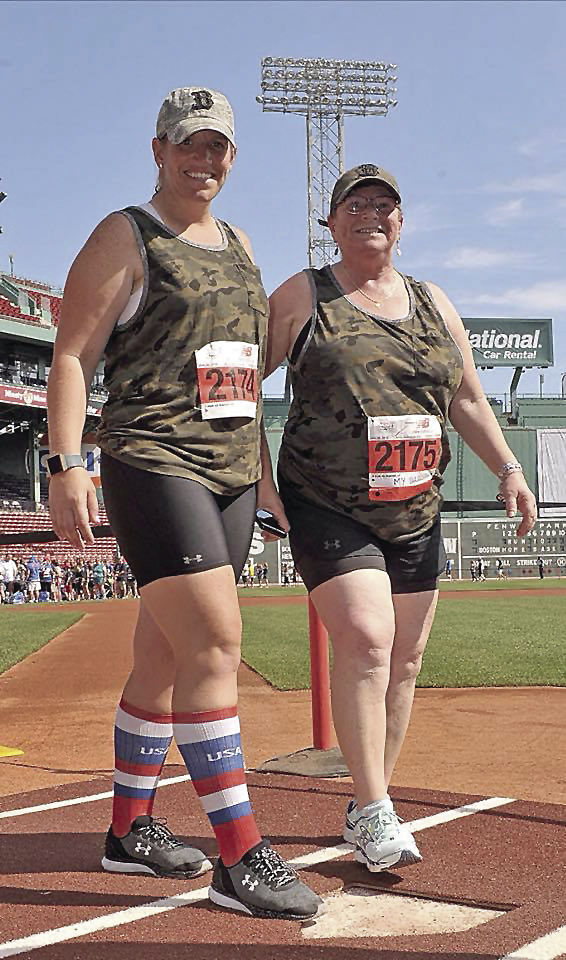 Tara Watt, left, now of Manchester, and her mom, Trish Watt of North Conway finished the 5K together. (COURTESY PHOTO)

Bobby Graustein and Jessica Dolan took part in the annual Run to Home Base at Fenway Park on July 28. (COURTESY PHOTO)

Bobby Graustein, 15, makes his way around Fenway Park in the Run to Home Base 5K on July 28. (COURTESY PHOTO)

Tara Watt, left, now of Manchester, and her mom, Trish Watt of North Conway finished the 5K together. (COURTESY PHOTO)

Bobby, running in memory of his grandfather for the second year in a row, was among more than 2,000 people to participate in the ninth annual Run to Home Base, presented by New Balance at Fenway in support of Home Base, a Red Sox Foundation and Massachusetts General Hospital Program.

The 9K run and 5K run/walk begins outside Fenway Park and ends with participants crossing home plate. Participants raise necessary funds for the clinical care and support provided by Home Base and its mission, “to heal the invisible wounds for Post-9/11 veterans, service members and their families. Invisible wounds include post-traumatic stress, traumatic brain injury and other issues associated with the deployment cycle.”

“Bobby saw (Run to Home Base) while watching a game, that’s what started the process then they asked #whodoyourunfor, this is what changed the outlook for him,” Bethanne said of her son’s desire to run.

The late Lt. Cmdr. Graustein graduated from the Naval Academy in 1961 as an operations officer of the VA-75. He was subsequently stationed at the naval air station Oceana on the USS Saratoga, at which point he deployed to Vietnam as part of the Sunday Punchers squadron. His A-6 plane was shot down while he was involved in a bomb strike on Kien Ann Airfield.

“I run for (my grandfather) because I was never given the chance to meet him,” said Bobby, when asked about his grandfather and why he chose to participate in the Run to Home Base. “I am named after him.”

For many participants the Run to Home Base is much more than a race and more than a fundraising event.

Participating for the eighth time in the race, Jessica Dolan, 37, of Kearsarge wrote on her donations page, “(A)s most of you know by now this event and this organization hold a special place in my heart.”

She signed up the first year thinking it would be fun to run at Fenway Park, but wrote: “I had no idea what I was getting into. From running in the morning to attend a wedding in the afternoon to skipping my graduation last year to make it back from Illinois in time, this event is something that I won’t miss because I now understand better than ever the impact.”

“Last summer, I spent my elective rotation on the inside of the Home Base Program, where I truly had a very rewarding experience,” Dolan wrote. “I met several participants, learning of their struggles and their fight to return to a normal life. This gave me more motivation to spread the word about Home Base and to do all I could to raise more funds and more awareness. It is with all of your help that we are able to provide more service to these deserving men and women who have sacrificed so much.”

Like Graustein, Dolan set a high fundraising goal and exceeded it. Her goal was $2,500; she soared well beyond that mark, reaching $3,825 as of Tuesday.

“The Red Sox are my mom and I’s favorite, so needless to say, crossing home plate with her by my side last week is simply priceless,” Tara said on Facebook.