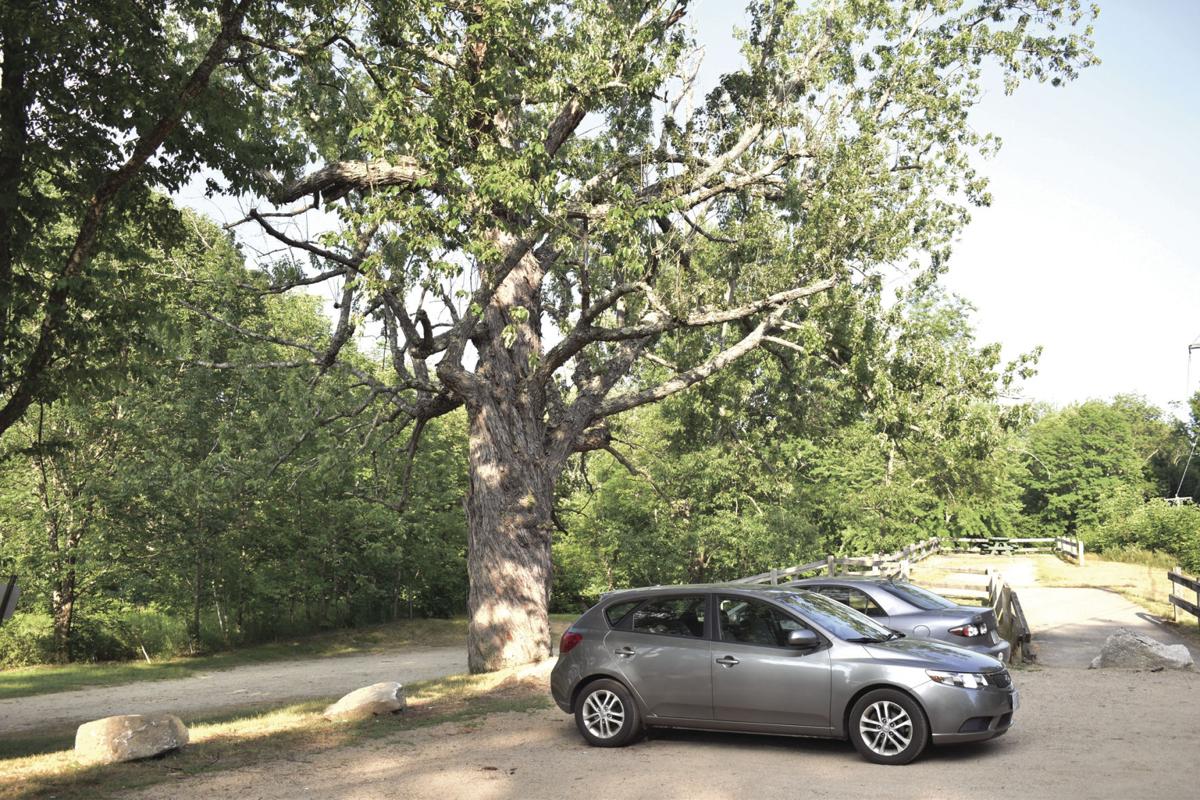 Conway selectmen discussed removing this large maple, located at the Smith-Eastman landing after a contractor said he’d like to take it. The town is taking comments on the tree. (DAYMOND STEER PHOTO) 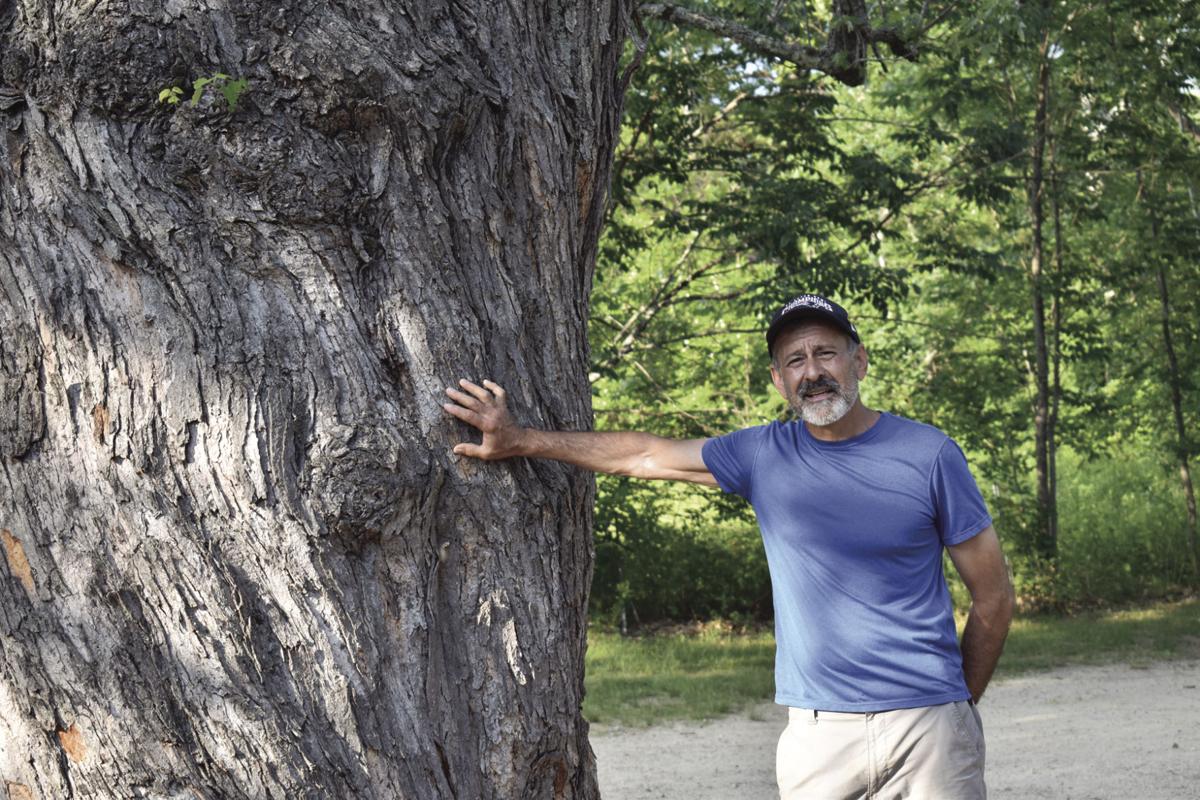 Conway resident Kevin Haded said he would hate to see something as beautiful and old as this maple be removed. (DAYMOND STEER PHOTO) 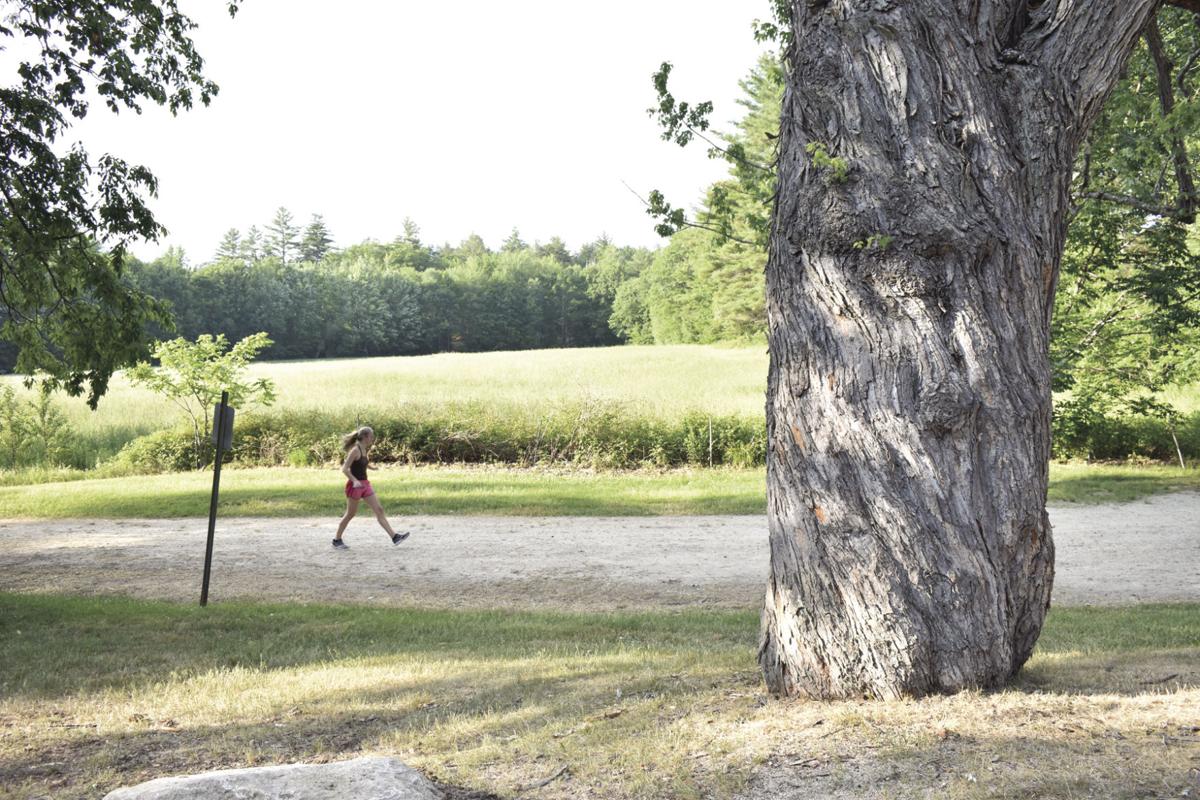 Chloe VanDyne of Madiso, exercises in a shady area at Smith-Eastman Landing Tuesday evening. Selectmen are discussing whether the maple tree should be removed. (DAYMOND STEER PHOTO)

Conway selectmen discussed removing this large maple, located at the Smith-Eastman landing after a contractor said he’d like to take it. The town is taking comments on the tree. (DAYMOND STEER PHOTO)

Conway resident Kevin Haded said he would hate to see something as beautiful and old as this maple be removed. (DAYMOND STEER PHOTO)

Chloe VanDyne of Madiso, exercises in a shady area at Smith-Eastman Landing Tuesday evening. Selectmen are discussing whether the maple tree should be removed. (DAYMOND STEER PHOTO)

CONWAY — Conway selectmen have been mulling what action to take, if any, about an enormous maple located off Meeting House Road, which runs behind the Conway Police Station off East Conway Road. The tree is at the Smith-Eastman Landing, which contains a viewpoint of the Saco River, a kayak put-in and a walking path.

Chairman David Weathers brought up the issue at the board’s June 9 meeting, saying a local contractor had asked about taking the tree down.

Weathers said some of the limbs are dead and people park near the tree.

“He wants to do some test borings on it, and he feels with that spiral twist to the grain, it would be really pretty and make nice conference tables and things like that,” said Weathers.

“My comment back to him was, No. 1, should we be putting this out to the general public to see if there’s other interests rather than awarding him this.”

Reached Wednesday, Weathers said he wouldn’t release the man’s name until after members of the public weigh in. Selectmen next meet next July 7.

Weathers said he’s never seen such a large maple in the local area. But he said the tree would have to come down in a few years anyway and it’s unclear how much “dead wood” there is in the trunk.

Selectman John Colbath said: “My gut feeling right away is let him do it. But my political brain says what should we procedurally do?”

Town Manager Tom Holmes said the tree is a sight to behold.

When he went to look at it, “it took my breath away,” said Holmes. “It’s like something out of ‘The Lord of the Rings,’ ”

Selectman Carl Thibodeau said after the June 9 meeting he went down and looked at the tree. “As reluctant as I am to take down trees anywhere, that one’s got to go,” said Thibodeau. “The top and a lot of the branches have just fallen off the top.”

Colbath said an independent arborist should be consulted, and DegliAngeli said he reached out to Peter Hoag of PC Hoag & Co. but has not heard back.

Colbath said he showed a picture of the tree to a friend who works as a forester, and his friend said it would be a “shame” to take the tree down. Colbath also said the UNH Cooperative Extension Service has a tool that could properly evaluate the tree.

Thibodeau suggested the selectmen consult an arborist and also ask the general public for proposals for dealing with the tree. “I would love to save it if that’s a possibility,” said Thibodeau.

Holmes said anyone with an interest in purchasing the tree or trying to save it should contact the Town Manager’s Office, and he will address that with the board.

A visit to the Smith Eastman Landing showed that the general consensus of people recreating there was that the tree should be spared if possible.

Kevin Haded, who lives nearby, said, “I would hate to see something so beautiful and old go away, but if it is a safety hazard, that would of course take precedence.”

Chloe VanDyne of Madison said she likes to come to Smith-Eastman Landing to go swimming with her sisters. The tree, she said, is noticeable for its size and apparent age. “I wouldn’t like to see it go,” said VanDyne.

Holmes can be reached at tholmes@conwaynh.org or comments/proposals can be mailed to Town of Conway, New Hampshire, 1634 East Main St., Center Conway, NH 03813.

Tele-Talk question: “What should the town do about the giant maple at Smith-Eastman Landing?”

Is there anywhere else to park besides under the tree? Why not keep it for as long as you can and make it a no park zone.