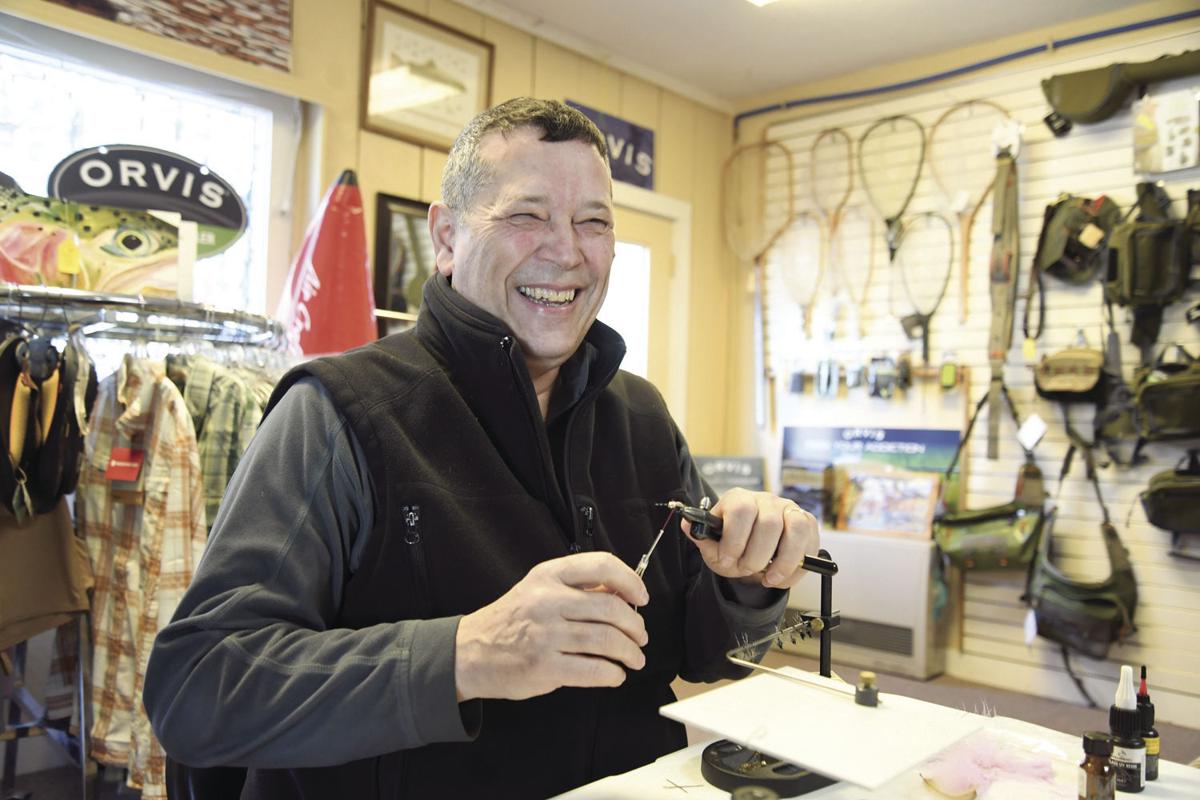 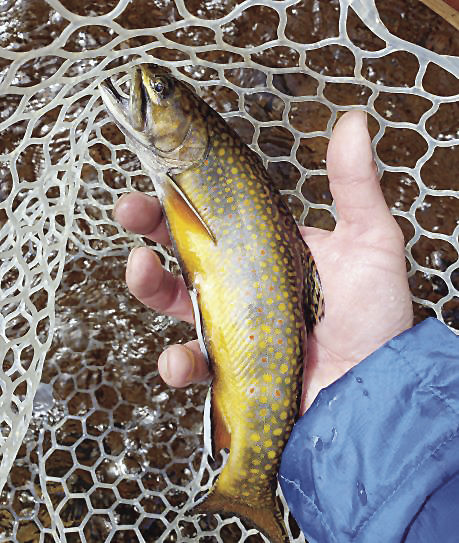 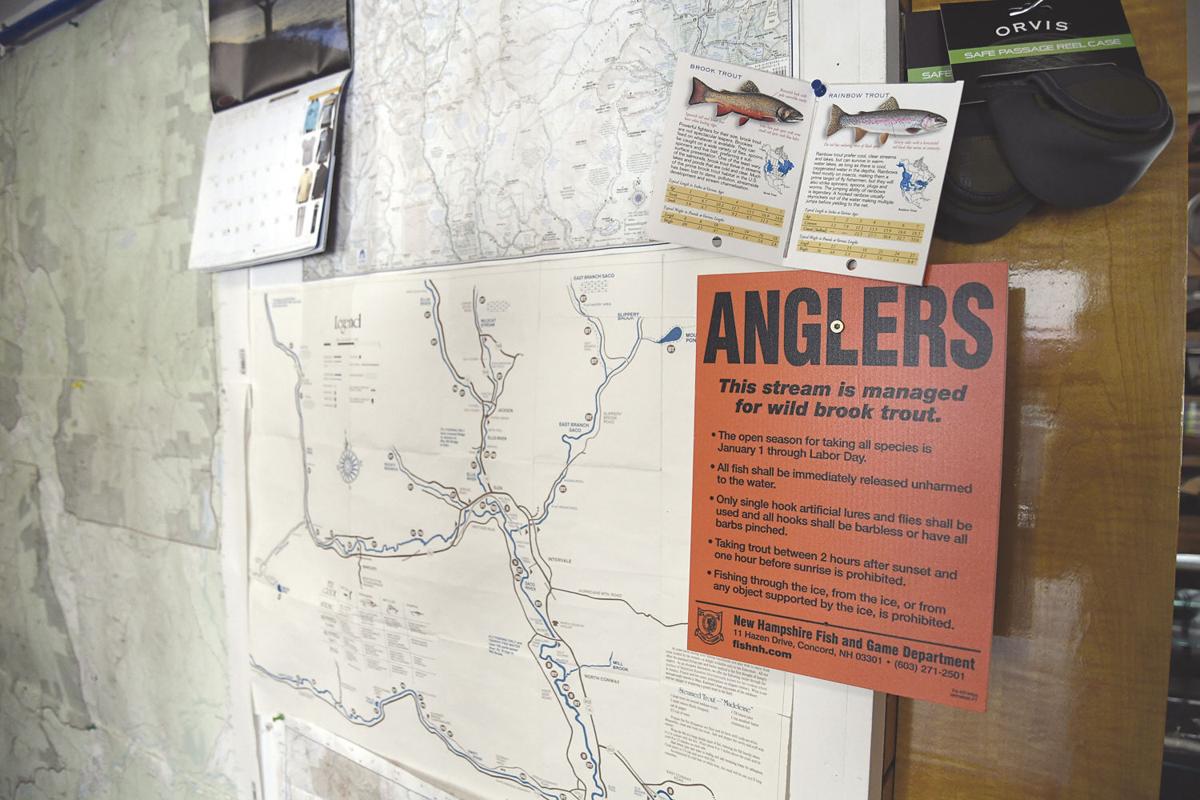 CONWAY — The brook trout became New Hampshire’s state fish in 1994. And there’s a group that doesn’t want to see it be forced out of the Granite State by non-natives like the rainbow or brown trout taking over its habitat.

Sun columnist Steve Angers, 61, who owns the popular North Country Angler shop in North Conway, has sparked the ire of a local group, the Native Fish Coalition, with a recent column on brook trout and their habitat.

Corey Lawson, 40, formerly of North Conway and now a resident of North Carolina, believes not enough is being done to protect our state fish and that New Hampshire Fish and Game needs to do a better job in that area. Lawson, in a letter he sent to the editor, takes issue with Angers.

He added: “When you stock trout in an artificial environment, they don’t know how to properly feed or appropriately feed. The issue is this is just so poorly handled.”

Lawson was a member of the Native Fish Coalition until he moved to North Carolina, which, according to its website believes “that no stream, river, pond or lake is truly healthy or ‘restored’ until its full complement of native species is intact and it is devoid of non-native species and hatchery-raised fish.

“While clean water and healthy riparian zones are a necessary foundation for establishing healthy ecosystems,” the website continues, “they are not an absolute indication of overall ecological health. While the complete restoration of native species assemblages and the removal of nonnative fish is not always attainable, it is our goal.”

But in an interview Thursday at the shop he’s owned for the past three years, Angers said: “The degradation of the habit of the brook trout has been going on since the 1800s.

“As soon as they started up damming rivers and stopping the flow of fish to their natural spawning areas, you didn’t get enough reproduction, and down went the population.”

Last year, Fish and Game stocked 16,000 rainbow, brown and brook trout in the Saco River from Hart’s Location to Weston’s Bridge on the border with  Fryeburg, Maine.

“In everything in government, you follow the money,” Angers said. “People buy a license, and they have an expectation that they are going to go out and catch a fish.

“Fish and Game has to meet that expectation, so they grow fish in hatcheries, and they place fish in rivers so that when the angler buys his/her license and goes to the river, that meets their expectation.”

Angers also pointed out: “We still have actual reproducing wild brook trout all through the White Mountains. In fact, the Forest Service has called the White Mountains the last bastion of native brook trout. It’s got the most probability of surviving whatever climate change we’re going through right now.”

While Angers declined to comment on the Native Fish Coalition’s letters specifically, he did share his personal opinion on fish stocking.

“This is where I’m probably going to get into a little bit of trouble,” he said. “I’ve been doing brook trout restoration with Trout Unlimited for about 25 years. I’ve worked with all of the top brook trout scientists on the East Coast, so I feel like I have a pretty good grasp.

“In fact,” he said, “I was instrumental in saving the sea-run brook trout in Cape Cod.

“My take on the stocking issue is we need to continue to sell licenses and meet people’s expectations. However, we don’t need to stock every single trickle of water. We need to stock the waters where the people who are paying for a license have an expectation.”

Angers used Mountain Pond off Town Hall Road in Intervale as an example.

“Mountain Pond, because of the water chemistry, doesn’t have good recruitment or natural reproduction, so the state supplementally stocks that pond,” he said. “There are natives (brook trout) in there, but something has happened in the water chemistry there.

He added: “Habitat is the big thing for trout. If you can protect the habitat and stabilize the habitat, the trout know what to do. Riverbanks are being channelized.

“Riprap is bad because what happens when the flows increase and the water hits that riprap, it actually accelerates the water so that digs channels deeper than they should be, it erodes the bank downstream of the riprap.

Angers said he gets that after Hurricane Irene struck in 2011, “everybody was freaking out and wanted to protect whatever they had, and we kind of went a little riprap-crazy here in the valley, but now is the time to look at alternative types of bank stabilization.

“I also think it’s important for people to understand that stocking is a necessary evil where we are today, it just is. If people weren’t catching fish, we wouldn’t have people buying the licenses and then we don’t have the money to protect habitat. If we have no licenses, we have no habitat, it’s a downward spiral.”

Angers is a member of Trout Unlimited, which was “founded in Michigan in 1959. Trout Unlimited today is a national non-profit organization with 300,000 members and supporters dedicated to conserving, protecting and restoring North America’s coldwater fisheries and their watersheds.”

Lawson has a different take on stocking. “What has happened is we in the state of New Hampshire have become so accustomed to a level of entitlement among New Hampshire anglers that (fishing) is no longer a natural occurrence but an artificial occurrence,” he said by phone Thursday.

In 2013, according to Lawson, 80 percent of the Inland Fisheries $3.2 million budget for Fish and Game went to fish stocking in the Granite State.

“It’s cost-prohibitive to raise stocking trout,” he said, adding, “It’s also terribly inefficient. I would guess that only 20-25 percent (of the hatchery fish) end up being caught and taken home and eaten. The rest are either eaten by predators or die from poor water quality or an inability to adjust. What is the return on this sort of investment?”

Lawson added: “I won’t argue that stocking has some benefits, it’s the way we stock. The state does not use any science in determining where to stock, simply basin everything on historical data. Plus, Fish and Game posts online where they stock and when. Its mission is to be the guardian of the state’s fish, wildlife and marine resources, not to provide artificial catch and kill opportunities.”

Lawson said the state stocks in waters 72 degrees or colder, but wild trout should be in waters between 55-62 degrees. He says the actual oxygen content of the water is also not taken into account.

According to Angers, the sport of fishing has increased in popularity over the past few years.

“One of the biggest surprises to me owning the shop is how many younger people are into fishing,” he said.

“We get a lot of people 30 and under that come into the shop that either want to learn how to fish or want to know places to go fishing. I am definitely seeing a resurgence in fishing here in the valley.”