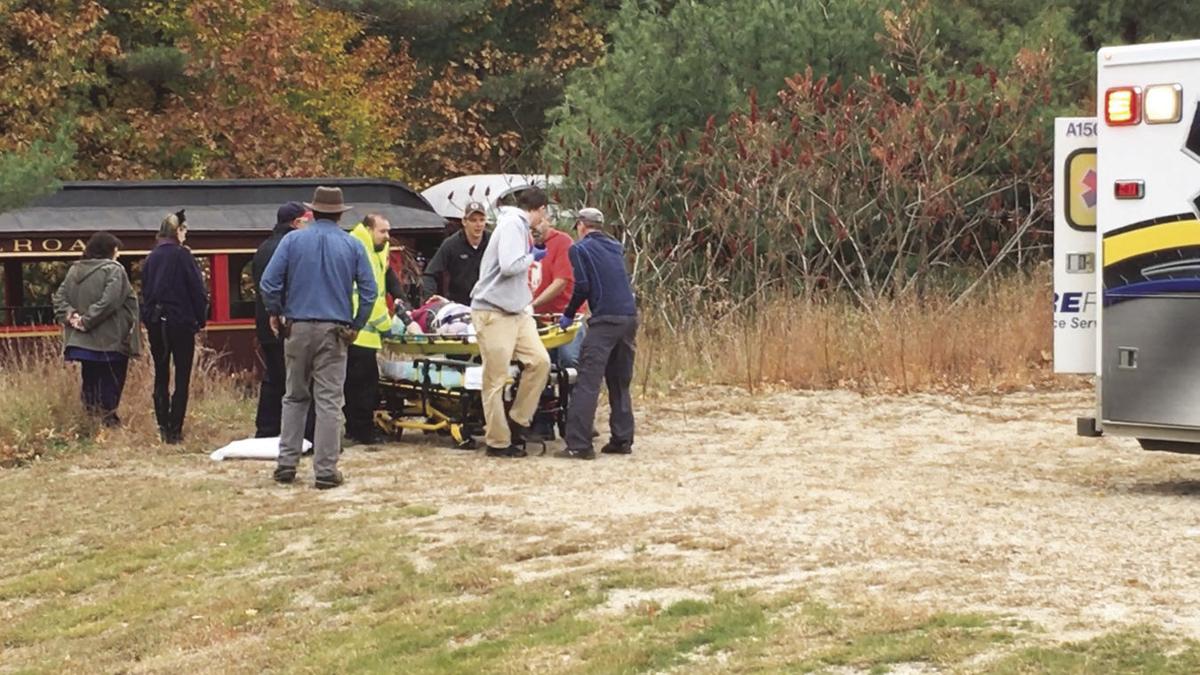 First responders attend to a woman who  reportedly stepped in front of a Conway Scenic Railroad train on Sunday afternoon. (DAVE MANDEL PHOTO) 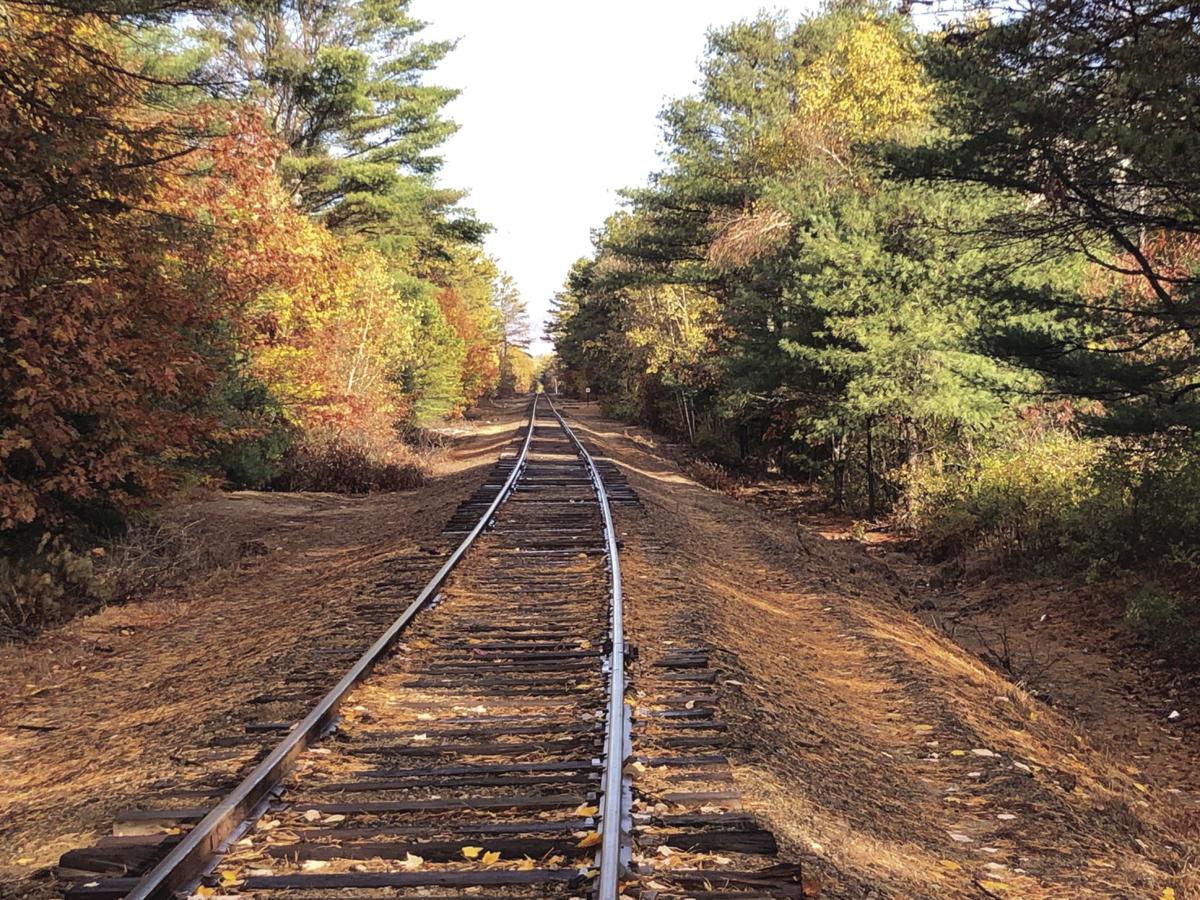 A woman reportedly stepped in front of a Conway Scenic Railroad excursion on this section of North Conway track at about 3 p.m. Sunday. (TOM EASTMAN PHOTO)

First responders attend to a woman who  reportedly stepped in front of a Conway Scenic Railroad train on Sunday afternoon. (DAVE MANDEL PHOTO)

A woman reportedly stepped in front of a Conway Scenic Railroad excursion on this section of North Conway track at about 3 p.m. Sunday. (TOM EASTMAN PHOTO)

The incident occurred on the CSR tracks behind McDonald’s and the Hampton Inn in North Conway.

According to a press release issued Monday by Conway Police Lt. Chris Mattei, at about 3 p.m. Sunday, a caller from the Conway Scenic Railway told police that an unidentified woman “was standing to the side of the tracks as the train approached from the south.

“As the train continued northbound, the woman stepped out onto the tracks in front of the train,” Mattei continued.

“The conductor sounded the horn and flashed the lights, but the woman failed to exit the tracks and was struck by the train.”

Mattei said she was thrown from the tracks from the force of the collision and suffered serious injuries, including to her head and extremities.

“Investigators have confirmed that the woman is from North Conway,” Mattei said.

The woman was taken to Memorial Hospital in North Conway and then was airlifted to Maine Medical Center in Portland, Maine, by helicopter.

The woman’s condition is not known. Maine Medical Center’s director of communications said she was not at liberty to release any information.

According to Susan Logan, marketing director for Conway Scenic, the train was moving at 19 mph when the engineer first saw the woman. She said he was able to slow down to about 13 mph but did not fully apply the brakes as he had a full trainload of children and their families on the seven cars the diesel locomotive was pulling.

“He was able to slow it down, but not to a complete stop,” said Logan, who said the unnamed engineer was traumatized by the incident. He has been put on paid leave and will receive critical stress debriefing, Logan said.

The train departed from North Conway’s Train Station at 1:30 p.m. and reached the Pumpkin Patch in Conway at 2 p.m.

It departed from Conway at 2:40 p.m. and was returning to the CSRR station when the incident happened at 2:58 p.m.

“Our hearts go out to the woman and her family,” said Logan, who added that it was the first accident in the tourist railroad’s 45-year history.

“We stress ‘safety first’ — we have ‘no trespassing’ signs all over the place, and we warn people to stay off the tracks as it is Conway Scenic Railroad property,” said Logan.

According to Mattei, the woman “had a dog with her, safely tied to a tree nearby.” The dog was not injured and taken by rescue personnel to the Conway Area Humane Society, he said.

Like Logan, Mattei expressed concern for the woman. “Our thoughts go out to her and family,” he said.

The incident is under investigation. Anyone with information is asked to call Conway police at (603) 356-5715.