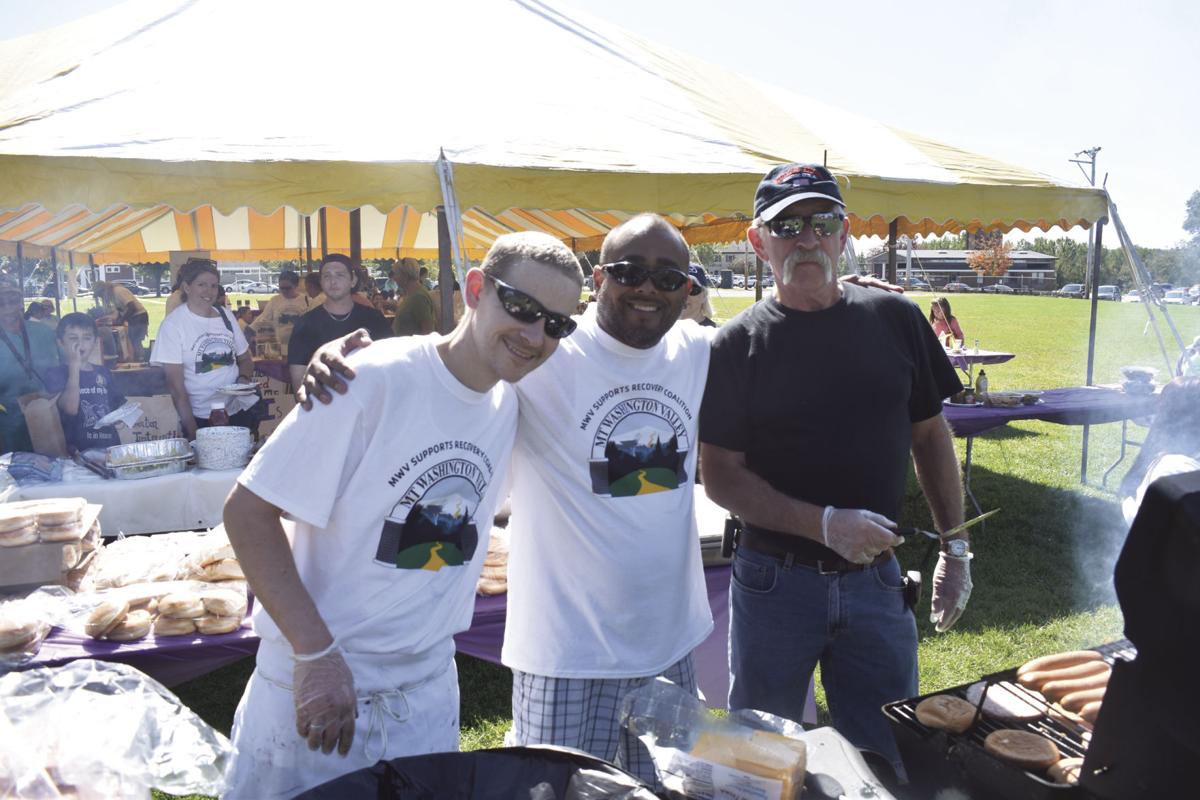 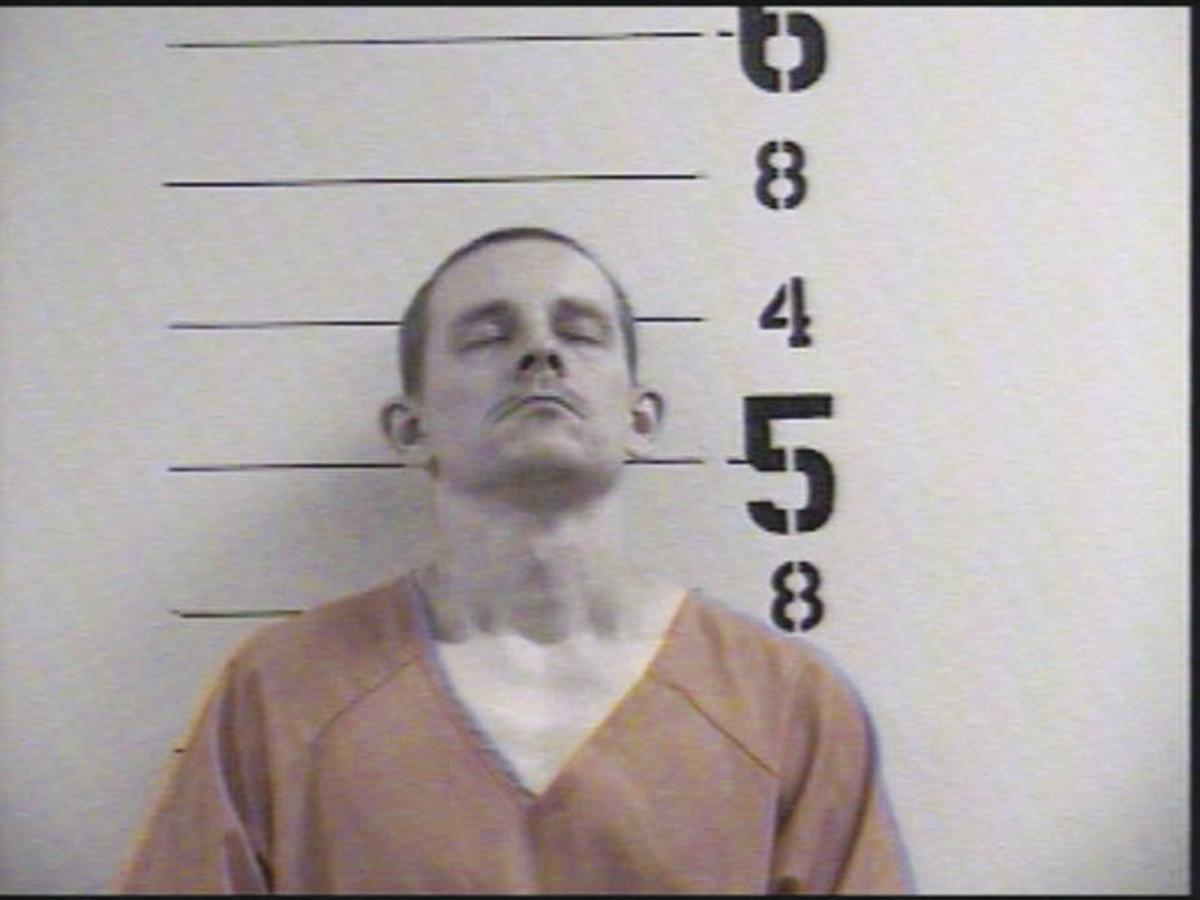 Christopher Spinney, 35, of Conway is seen in his June 5 booking mugshot. (POLICE PHOTO)

Christopher Spinney, 35, of Conway is seen in his June 5 booking mugshot. (POLICE PHOTO)

BARTLETT — Bartlett police used pepper spray and a Taser on a local man during what started out as a routine traffic stop in Glen last Saturday morning.

It ended with the arrest of Christopher Spinney, 35, of Conway with several charges filed against him.

Bartlett Police Chief Chris Keaton confirmed Monday that pepper spray and a Taser were deployed during the June 6 incident.

Keaton said that based on the arresting officer’s report, “my officer acted within our policies for deploying his Taser” and that he “acted properly” in all respects.

Spinney was reportedly pulled over for an inspection sticker violation. The arrest was made by Bartlett Police Cpl. Justin Washburn and took place near Story Land in Glen.

Spinney, who was reportedly on his way to his job as a line cook at a Jackson restaurant, was stopped in his 2004 Ford Taurus at about 11 a.m.

Spinney gave his version of the episode in a statement he sent to the Sun.

“On late Saturday morning, June the 6th, Christopher James (of the Spinney family) was peaceably traveling in a private capacity with his significant other Heather, and their 4-year-old son Chris Jr.,” Spinney wrote.

In his statement, Spinney refers to Cpl. Justin Washburn as JW and claimed he “unlawfully used public/government equipment by knowingly using the emergency flashing lights to detain a private individual where no crime had been committed.”

Spinney said he “informed JW that the entire encounter was being recorded live on video. JW, visibly irritated at this point, quickly escalated the situation from an unwanted conversation, into a situation where fear and intimidation would prevail.”

Spinney said Washburn ordered him out of the car, and when he refused, “JW attempted to break out a window of the car, an act that would have potentially sprayed broken glass all over a child locked in a car seat in the rear of the car. When the child’s mother realized what could have happened, she attempted to stop it by exiting the car.”

Spinney said Washburn then sprayed Mace “or some form of dangerous chemical into a car that a child had just been seated in. Thankfully, the child had not been harmed physically; however, the trauma of viewing his loving father being assaulted and ganged up on in such a harsh manner, will have effects that will be lifelong.”

Spinney added that police “in blatant disregard for the safety of another also could have potentially spread COVID-19. At no time during the interaction did anyone JW, MB, or any other on scene, aside from emergency medical, wear a mask.”

According to Keaton, Spinney was charged with disobeying an officer, resisting arrest or detention, driving after revocation or suspension, possession of license required (failing to have his license handy) and uninspected motor vehicle.

He was released on personal recognizance bail and has a July 14 date in Conway’s Circuit Court at 8 a.m.

“We will address what occurred (at the traffic stop) in court on July 14,” said Keaton.

Spinney is the son of Janice Spinney, founder of the non-profit anti-addiction organization Mount Washington Valley Supports Recovery Coalition. In 2016, he issued a press release about himself and his efforts “to educate and inform the public of the dangers of opioid dependence.” It identified him as a recovering addict of 10 years. He has written an eBook series, “Heroin Recovery is Possible.”

Keaton acts as the department’s prosecutor. He said he reviews every arrest and criminal complaint and use of force incident to make sure the officer acted properly and the charges are appropriate. “Under New Hampshire law, anyone who is stopped by an officer is required to identify themselves ... or if they are going to be arrested, they are required by law to submit to that arrest,” said Keaton. “Whether it’s a lawful arrest or not, that’s determined after the fact.”

Jackson Police Chief Chris Perley confirmed that Bourque assisted with taking Spinney into custody at the request of Bartlett police. Perley said he and Staff Sgt. Nathan Boothby found Bourque’s conduct was “in accordance with our rules and regulations as well as state law.”

Asked if the police had video of the arrest, Keaton said he didn’t.

Other charges pending against Spinney go back to an incident that took place last July in Intervale and include driving after revocation or suspension and disobeying an officer. Those 2019 charges were filed by New Hampshire State Police.

I also had an encounter with this officer in the past and it was not pleasant at all. He threatened to arrest me, if I even drove by my own house going less than the posted speed limit. He said, "If you even drive by your house going too slow, I will definitely arrest you." He is a bully and should be fired. This was after Jackson PD had gotten a court order forbidding me from going home to where I lived. I had to stay with friends and at a hotel for a few weeks.

Something needs to be done with our Police Problem.

This only ends one way. If an officer orders you out of the vehicle and you do not comply, you will be getting help with your egress. Whether you like it or not.

Doesn't sound excessive at all. When you refuse to comply a taser/pepper spray is used so the officer doesn't have to physically fight the suspect and harm him. The tazer/pepper spray inflict pain but no damage. Don't wish to be pepper sprayed? Follow the orders.

It always does when you make a one-sided statement with coaching from a defense attorney... He sounds like a saint. Of course, there is the part about a suspended license and vehicle registration/inspection/insurance (you can't have one without the other). But who's counting.