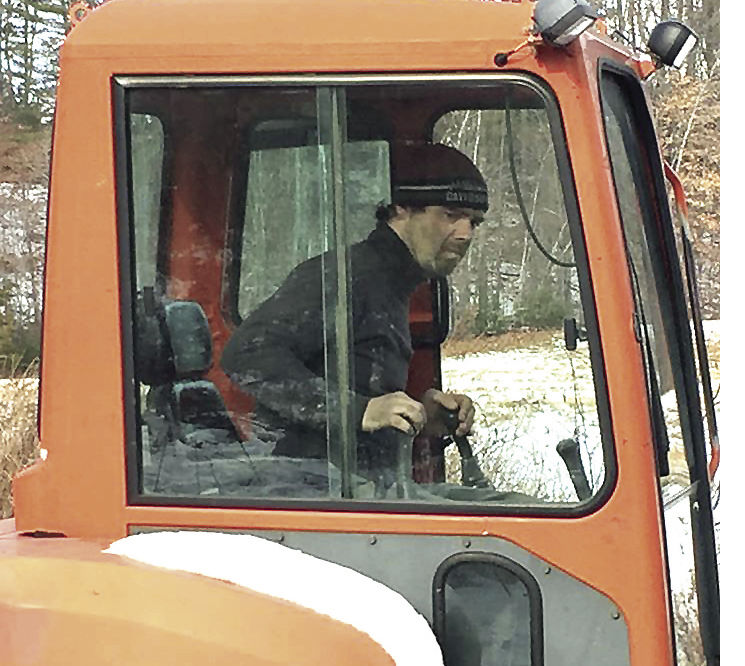 Paul Whitaker, 49, of Center Conway is seen in a snowmobile trail groomer in this undated photo. He died last Friday in a snowmobile accident in Oxford County, Maine. (FACEBOOK PHOTO) 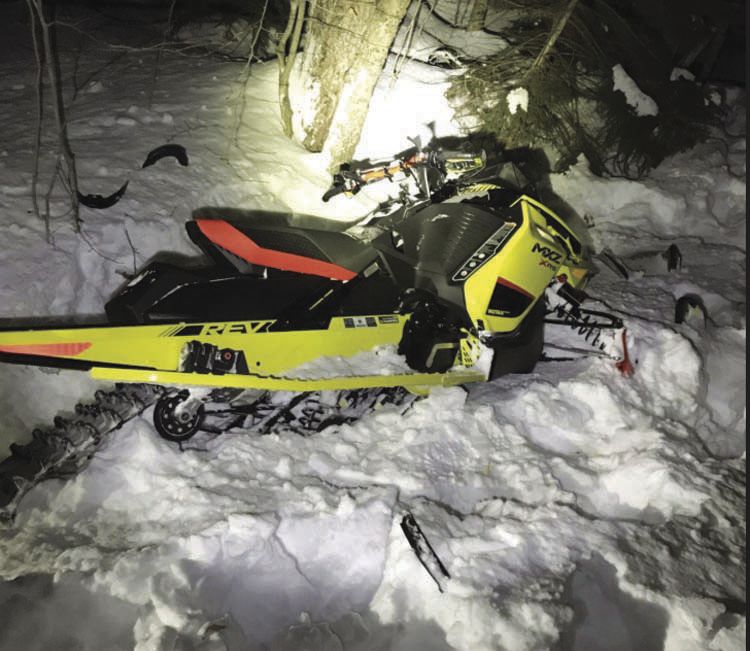 The Maine Department of Inland Fisheries and Wildlife released this photo of Paul Whitaker’s snowmobile after fellow riders found him unresponsive on a Maine trail. (MDIFW PHOTO

Paul Whitaker, 49, of Center Conway is seen in a snowmobile trail groomer in this undated photo. He died last Friday in a snowmobile accident in Oxford County, Maine. (FACEBOOK PHOTO)

The Maine Department of Inland Fisheries and Wildlife released this photo of Paul Whitaker’s snowmobile after fellow riders found him unresponsive on a Maine trail. (MDIFW PHOTO

Paul Whitaker, 49, was operating his 2020 Ski-Doo MXLR 850 southbound on ITS 80 (Route 113) in the White Mountain National Forest at about 4:45 p.m. when he drifted off the left side of the trail and struck a tree, according to a press release from the Maine Department of Inland Fisheries and Wildlife.

According to the release, Whitaker was wearing a helmet and was snowmobiling with three others — one in front, and two behind him — when the crash occurred.

The accident was not witnessed by the other snowmobilers, but when the two traveling behind Whitaker found him unresponsive, they began rendering aid, MDIFW officials said. One of the snowmobilers then traveled to a location where there was cellphone service and called 911.

The Maine Warden Service, a White Mountain National Forest ranger, Gilead and Bethel Fire Departments and Bethel Rescue responded to the scene to assist with the crash. Whitaker was transported to the S.G. Thibault Funeral Home in Rumford.

The crash is still under investigation, but speed and alcohol appear to be contributing factors, officials said.

“He died doing what he loved doing,” said Sheri Whitaker, Whitaker’s estranged wife. “The accident is still under investigation; no one really knows exactly what happened.”

“He was the best friend and the best dad; he would give the shirt off his back to anybody. He never expected anything in return. He was just an amazing person,” said his wife.

“We both are homegrown and have a lot of friends here in the valley and everyone has just been so giving at this time.”

She said she and her late husband are Kennett High graduates. Paul Whitaker also attended Ohio Diesel Tech. He is the son of Harold and Ruth Whitaker of Conway.

Sheri Whitaker said friends have been asking if there is going to be a service.

“We are going to do what Paul wanted, which was not to have a service but to have a celebration of life. We do not have the exact details, but we will hold something this summer,” she said.

The Mountain Meadows Snowmobile Club posted on Facebook: “It is with great sadness that we must announce the passing of one of our members.

“Paul Whitaker lost his life on Friday 2/14/2020 in a tragic accident while snowmobiling.

“Paul was an intricate member of the club and on the board of directors. Our prayers go out to his family and friends. At the family’s request there will be no service at this time. A memorial will be held later in the spring.

“In a personal note Paul was a friend to me and many others. He taught me how to snowmobile, pulled me out of being stuck more times. He gave me a snowmobile nick name that he would always call me by. He had a sense of humor that would light up a room. I and his many friends will miss him. Rest in Peace, Paul.”

Reporters Lloyd Jones and Daymond Steer contributed to this article.