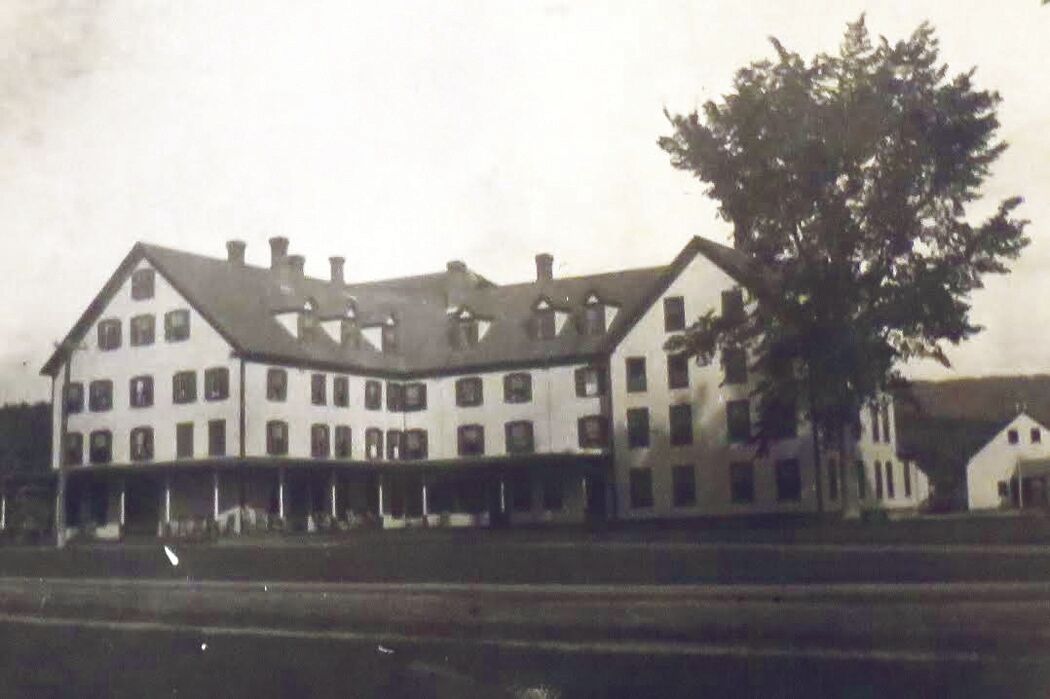 "Save the Tree" proponent Jeff Shutak says this photo shows the same maple tree in front of the former Intervale House, which stood on the site of today's Intervale Motel from 1860 to 1923. (COURTESY BARTLETT HISTORICAL SOCIETY) 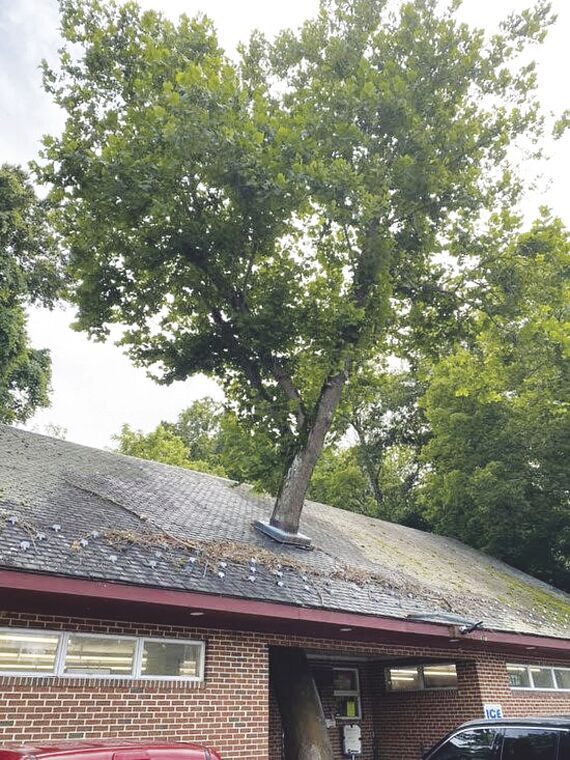 A poplar tree was incorporated in the construction of Moore's Country Store in Lynchburg, Va. (COURTESY PHOTO)

"Save the Tree" proponent Jeff Shutak says this photo shows the same maple tree in front of the former Intervale House, which stood on the site of today's Intervale Motel from 1860 to 1923. (COURTESY BARTLETT HISTORICAL SOCIETY)

A poplar tree was incorporated in the construction of Moore's Country Store in Lynchburg, Va. (COURTESY PHOTO)

CONWAY — Like the snail darter fish that held up construction of a dam in Tennessee and the spotted owl that did the same to logging old growth forests in the Pacific Northwest, the proposed hotel in Intervale has its own symbol that residents opposed to the project are rallying behind — a huge maple.

Tonight, dozens of residents, mostly from Intervale, are expected to attend a Conway Planning Board meeting being held at 7 p.m. in the Conway Rec Department’s Marshall Gym at 176 Main St., Conway Village, to speak against the plan to build a 98-room hotel on the site of the Intervale Motel, a 1950s-era now-closed relic with 16 rooms.

The tree first caught the public’s attention after a letter to the editor from Intervale resident Rod Forsman was published in the Sun. He called the tree a “valley jewel” and described its autumnal foliage as an “eye stopper.”

Now the “Save the Tree” movement has taken on a life of its own. Another Intervale resident, Jeff Shutak, who has been sitting in front of the tree this week in a beach chair, framed by an American flag and a Save the Tree sign, has vowed to chain himself to the majestic maple.

But can it be saved? Not likely.

If the hotel is approved, the hotel developers have stated clearly the tree will be cut down. The plans for the hotel show a triangle-shaped structure, like a stealth fighter jet, with one wing running parallel to Intervale Cross Road and the other parallel to Route 16. The tree is situated right under the Route 16 wing.

Can it be moved?

Old-timers might say that the root system of a maple extends no farther than the circumference of its crown, but that’s not true.

According to UNH Forestry Field Specialist Wendy Scribner, trees grown in the open like the Intervale maple can extend two or three times the length of the crown’s radius.

Though most of the roots will be no deeper than 18 inches, Scribner said: “I am afraid that I don’t know how you could move a tree this size and successfully re-establish it somewhere else.

“The costs would be quite high as you would need to excavate and protect much of the tree’s considerable root system and soil, which, when combined with the size and weight of the tree itself would be quite heavy,” she said in an email.

“The logistics of moving such a large tree, with road limits and overhead power lines would be daunting,” Scribner said.

Could it be incorporated into the design of the hotel? One example is Moore’s Country Store in Lynchburg, Va., that was built around a tulip poplar. (See related photo.)

Would the hotel developers be willing to build around the tree?

That’s a question that will likely be answered tonight.

Have you contacted Ken Witham from Nee England Tree Transplanting in Gilmanton Iron Works? He has a tree spade and has been transplanting BIG trees for decades.