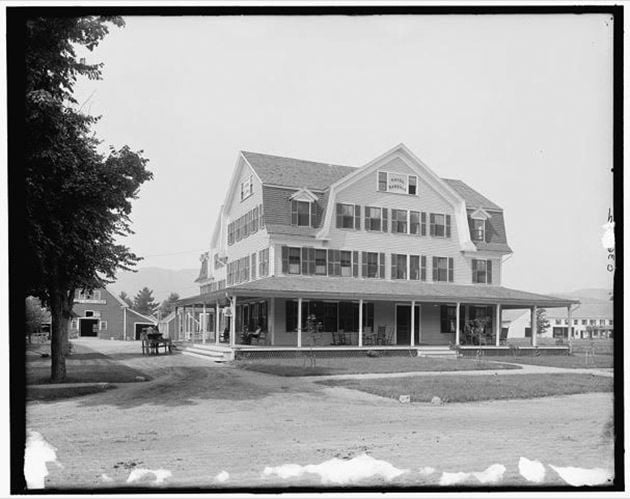 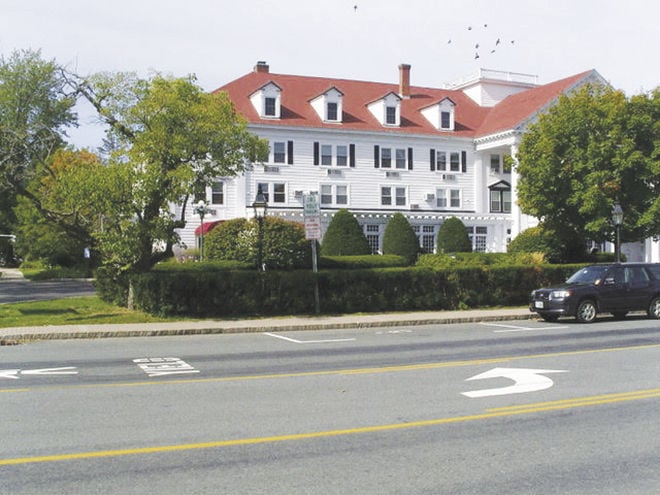 Enough city people were summering in North Conway by the height of the Civil War that James T. Randall thought he might be able to earn some extra money by taking in boarders. Jonathan Melvin Seavey owned a big rooming house on the west side of Main Street, near River Road, and in June of 1864 Randall bought it for $2,200. The next year, he married Susan Osgood of Fryeburg, Maine, with whom he had two children — a daughter named Carrie, and a son, Harry. Susan died soon after Harry’s birth, in 1870.

James Randall made the mistake of expanding his business in 1873, the year of a major economic panic, and in 1877 the sheriff seized much of his property. By 1881, he and his brother went bankrupt in a joint venture, but James snatched things out of the fire by being the only bidder at the sheriff’s auction. When Harry turned 18, his father put him in charge of the family hotel, long called the Randall House, but the place was growing shabby while competitors around town were sprucing up and adding on. By the 1890s, the Randalls were in debt to the Conway Savings Bank, and after the Panic of 1893, they temporarily conveyed their share of the hotel to a relative of Susan’s.

Poor health plagued James in his last years. He moved in with his daughter, who by then was married to local insurance broker A.D. Davis, and he died at her home on Sept. 23, 1898.

The Randall House burned to the ground on the night of Nov. 19, 1902, while Harry Randall was in Portland, Maine. At great expense he built a new, three-story hotel over the next winter and spring, siting it farther back from the street than the original structure. By the Fourth of July 1903, it was not quite finished but was accepting guests, as well as serving meals to travelers and local residents in the dining hall in the rear. Harry installed steam heat, hoping to keep the new hotel open year-round instead of limiting himself to summer income. He also bought the adjoining Sunset Pavillion, seen standing in the distance in the 1903 photo above, and used it as an annex.

On Nov. 20, 1925, Harry went to Portland again, and once again his hotel was destroyed by fire, at a loss of $150,000 that was only partially insured. Again he rebuilt, this time adding $180,000 in loans to his insurance coverage to fund a still-more elegant Hotel Randall. The crash of 1929 hit much harder than the panics of 1873 and 1893 had, and in February of 1933, the bank took everything. When all else fails, there’s always real estate sales, and that’s how Harry earned his living thereafter.

In 1937, the Eastern Slope Hotel Corp. bought the last and biggest Hotel Randall, and there it stands today, still profiting from the risks, efforts and losses of those who came before.