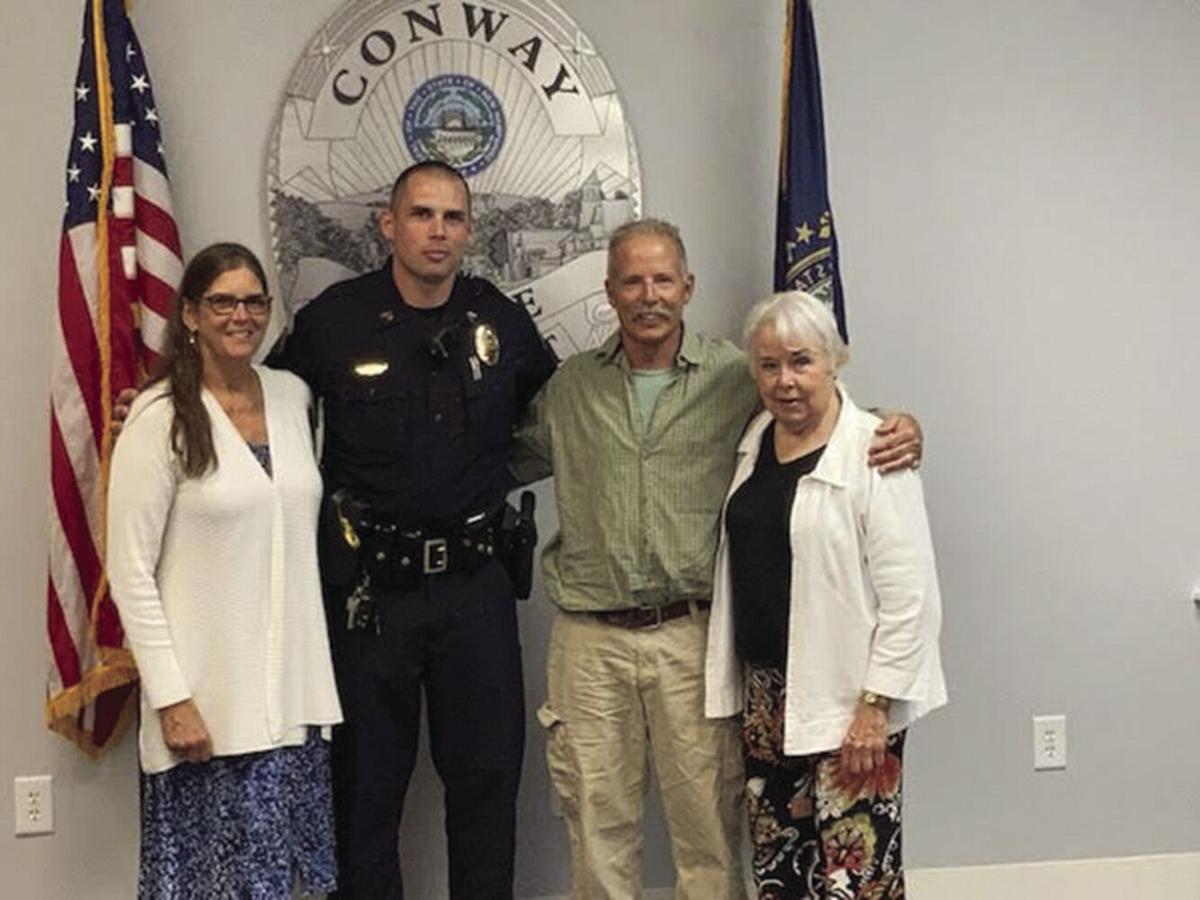 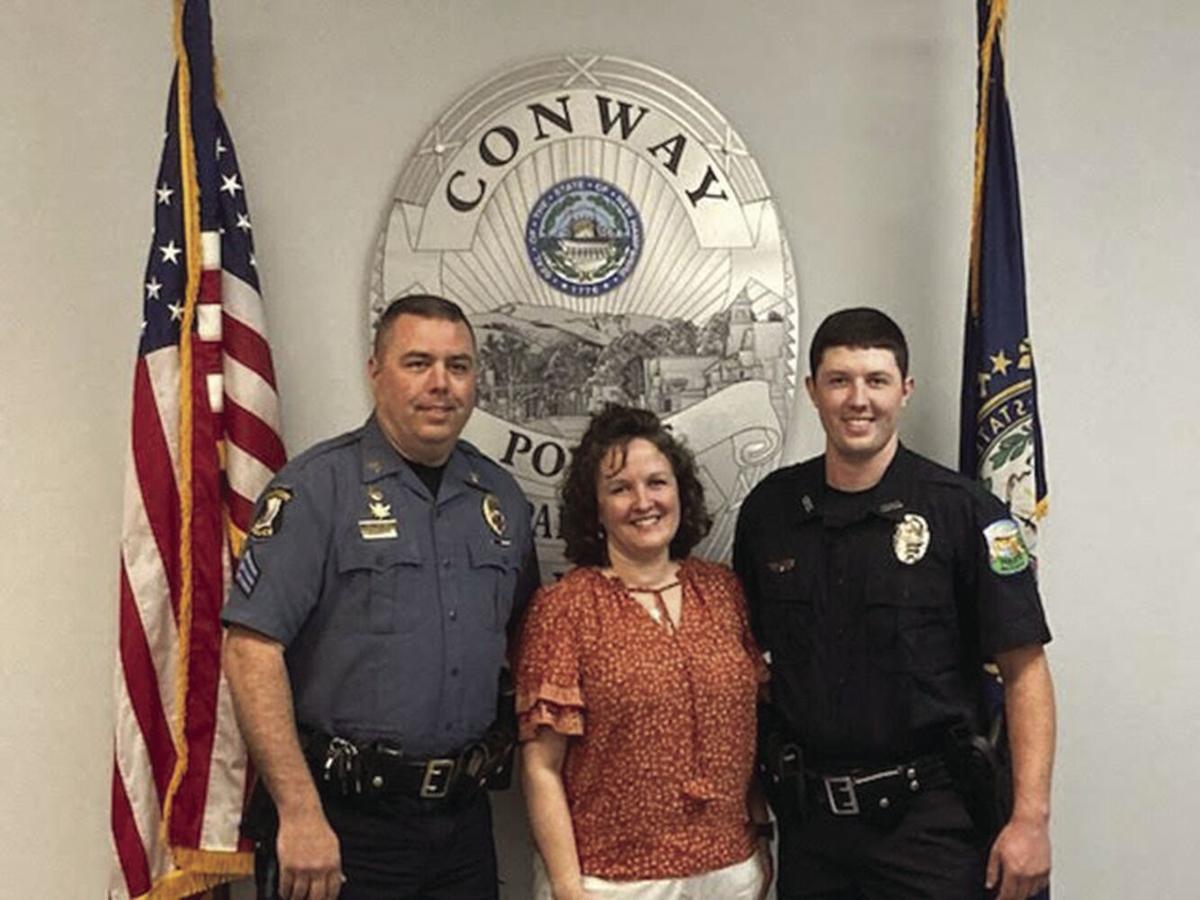 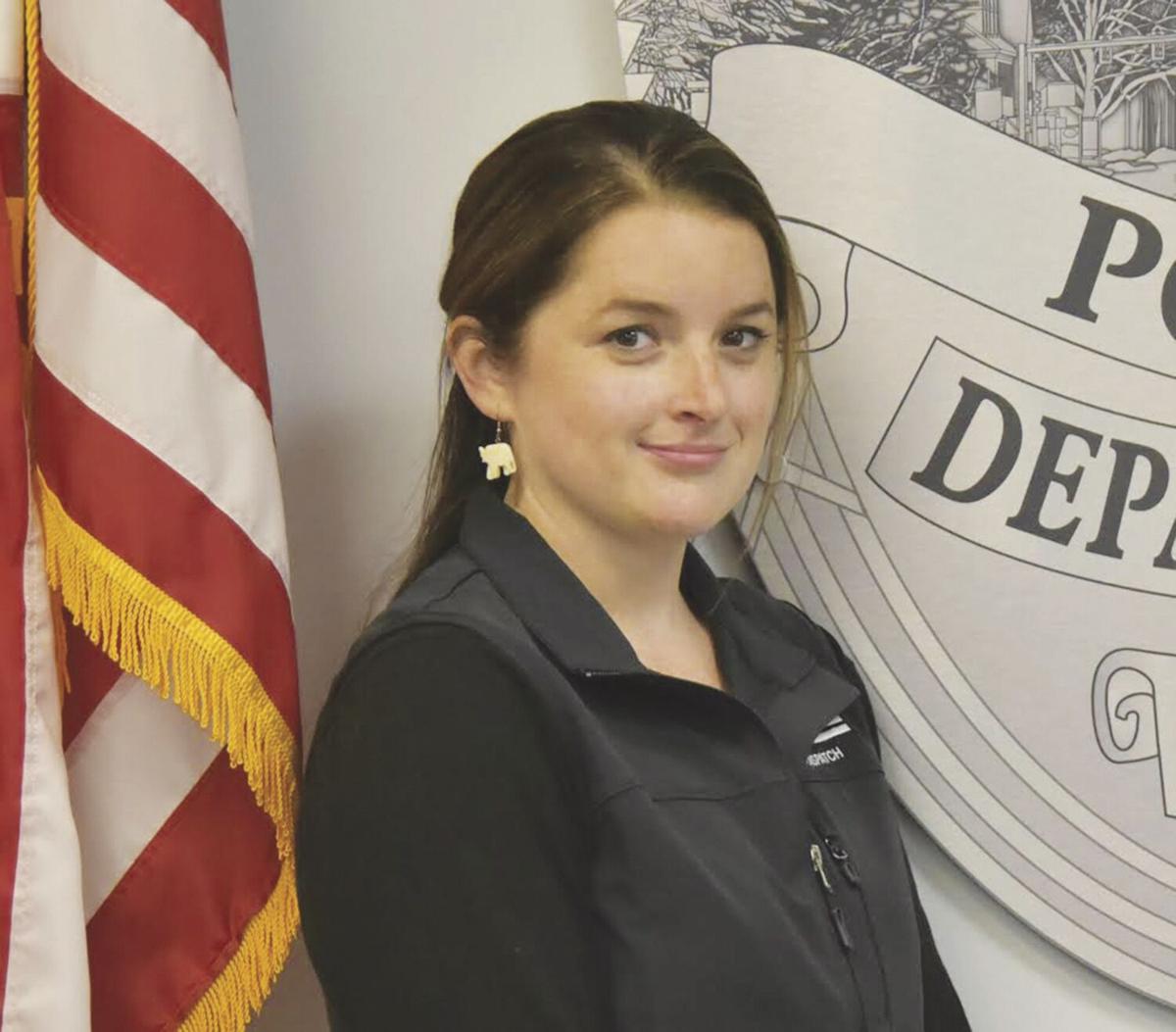 CONWAY — The Police Department on Monday announced the promotion of an officer and the hiring of a new patrol officer and a dispatcher.

Detective Jon Hill will be the department’s newest patrol sergeant.

Hill has been with Conway PD since November 2013. Prior to joining the department, Hill served in the Air Force as an aerospace propulsion mechanic and held the rank of staff sergeant.

"Jon has been assigned to the Investigative Services Division for the past year and is one of the department’s use of force/firearms instructors," said Conway Police Chief Chris Mattei. "We are very excited for Jon Hill and his family."

Kessler grew up in the Mount Washington Valley, and his father, Stephen Kessler, is a patrol sergeant for the Ossipee Police Department.

He will be attending the 186th Law Enforcement Police Academy in Concord in August.

The department also welcomed to its "family" a new dispatcher, Nora Ross-Fitzgibbons.

Ross-Fitzgibbons has been living in Fryeburg, Maine, for the past several years but grew up in Scituate, Mass. She has a bachelor’s degree in business administration from Regis College in Weston, Mass., and has "extensive experience in customer service," said Mattei.

"Nora has been training for the past two weeks and looks to be a great fit to the Conway Police Department team," he said.