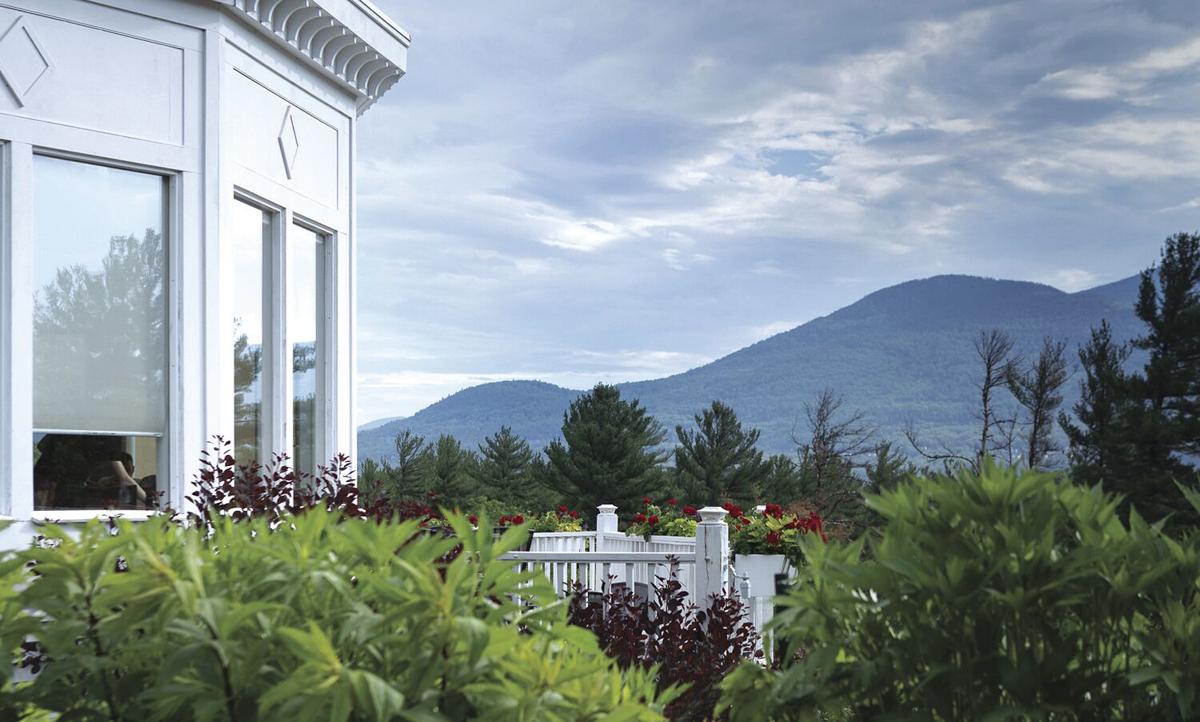 Built in 1990 at the base of White Horse Ledge in North Conway, the White Mountain Hotel & Resort is owned and operated by the Sullivan family. The resort features a nine-hole golf course and heated year-round pool along with views of the surrounding mountains. (COURTESY PHOTO) 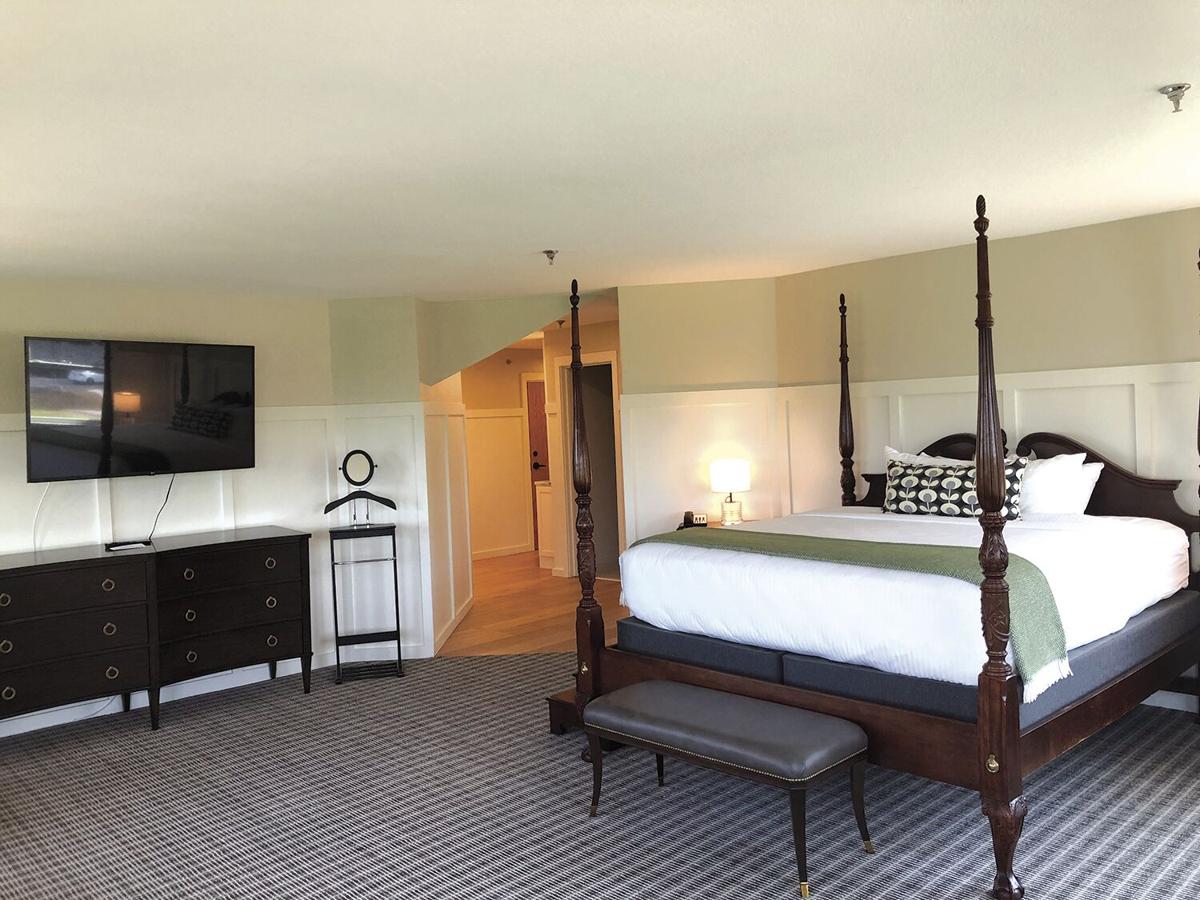 The newly renovated Bridal Suite at the White Mountain Hotel & Resort features a king-sized bed and custom furniture in over 650 square feet of living and entertainment space. (TOM EASTMAN PHOTO) 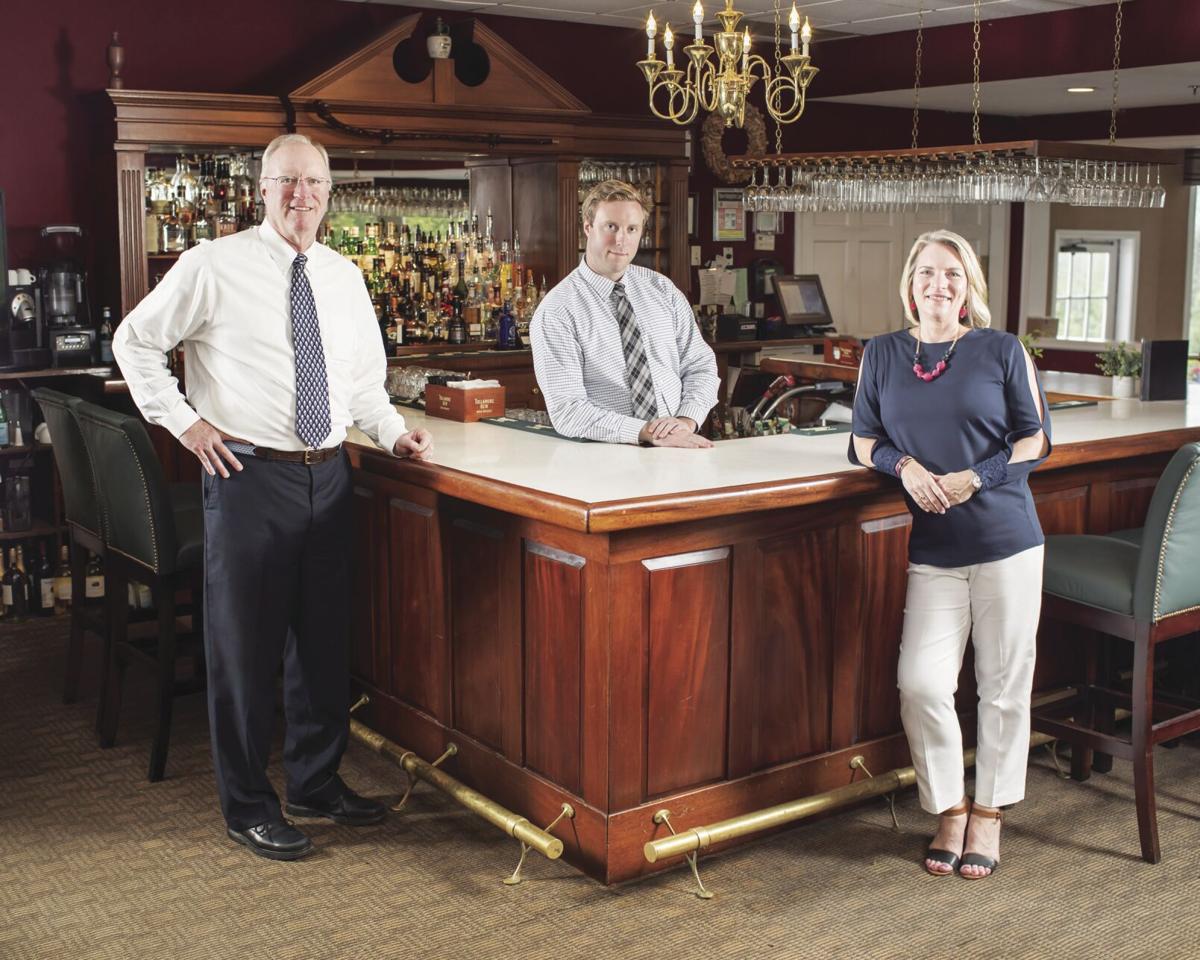 Built in 1990 at the base of White Horse Ledge in North Conway, the White Mountain Hotel & Resort is owned and operated by the Sullivan family. The resort features a nine-hole golf course and heated year-round pool along with views of the surrounding mountains. (COURTESY PHOTO)

The newly renovated Bridal Suite at the White Mountain Hotel & Resort features a king-sized bed and custom furniture in over 650 square feet of living and entertainment space. (TOM EASTMAN PHOTO)

HALE’S LOCATION — A scenic part of the local landscape for the past 31 years at the base of White Horse Ledge, the White Mountain Hotel & Resort reopened on Memorial Day weekend after undergoing a three-month, $3.5 million upgrade with renovations to all its 80 guest rooms.

Many of the visiting writers said they had not been aware of Hale’s Location and felt it had to be one of the best-kept secrets of well-publicized Mount Washington Valley, making for a good story or two for their various outlets, which included the Boston Herald, New England Ski and Golf Journal and AAA and several blog sites. Among the writers there for the weekend were Paula Tracy of InDepthNH.org, J.D. Hale and Kim Knox Bekius of Yankee Publishing, Tom Vedell  of newenglandgolf.com and former valley residents/travel-ski writers Moira McCarthy of Massachusetts and Hilary (McComb) Nangle of coastal Maine.

Resort owners Gary and Carol Sullivan and Gary’s son Trevor Sullivan, the resort’s revenue manager, said the renovation project was a lot of work, with the hotel closing March 1 and reopening May 28, but the results were well worth the effort and expense.

“It was ambitious, but we made it,” said Gary Sullivan, the resort’s founder, owner and general manager.

“Closing the resort for three months allowed us to go all in to update every aspect of the hotel, inside and out.”

Doing the work was Gary Chicoine Construction of Weare, with original builder Ed Poliquin of Conway serving as project consultant.

“Ed loved the original project so much he wanted to be involved,” said Gary.

The upgrades included a redesign of all guest rooms and suites and hallway decor along with extensive exterior improvements. Each floor now has a guest pantry for coffee, ice and water.

The Sullivans hired interior design firm Truexcullins based in Burlington, Vt., to do that part of the project.

Truexcullins also did the redesign for the Cliff House in Ogunquit, Maine. And when Gary saw those designs, he knew that was the look he wanted, he shared during a tour he gave of the White Mountain Hotel.

Truexcullins principal Kim Deetjen, who was at last week’s press event, said the project’s design was inspired by its natural location.

While the spectacular mountain views remain unchanged, the interior now reflects a modern take on the natural beauty that surrounds it.

“The White Mountain Hotel & Resort is located within one of the most unique and diverse landscapes in the Mount Washington Valley of New Hampshire,” Deetjen said. “The natural surroundings offer a broad range of experiences that instill a sense of discovery and inquiry. The hotel interior now has a personal, residential feel, warm and inviting, paying tribute to the local vernacular.”

“We love the White Mountains and Mount Washington Valley. It’s a beautiful four-season area that we get to call home, and now the rooms reflect the local landscape because the valley and the mountains are a great place to come and recreate,” said Carol Sullivan, Gary’s wife and the resort’s marketing director.

The renovations of the guest rooms follow upgrades to the lobby, ballroom and restaurant that were done several years ago.

The owners’ original plan to add a new wing of 40 additional guest rooms and a new ballroom was put on hold last year due to the pandemic. The Sullivans said they flip-flopped the projects by undertaking the guest renovations this year and planning to reschedule addition for a few years down the road.

Among the guest rooms, standouts include the Bridal Suite, offering a king-size bed and view that looks east across the valley to Cranmore, and the Presidential Suite, fit for a president or anyone seeking the best in accommodations.