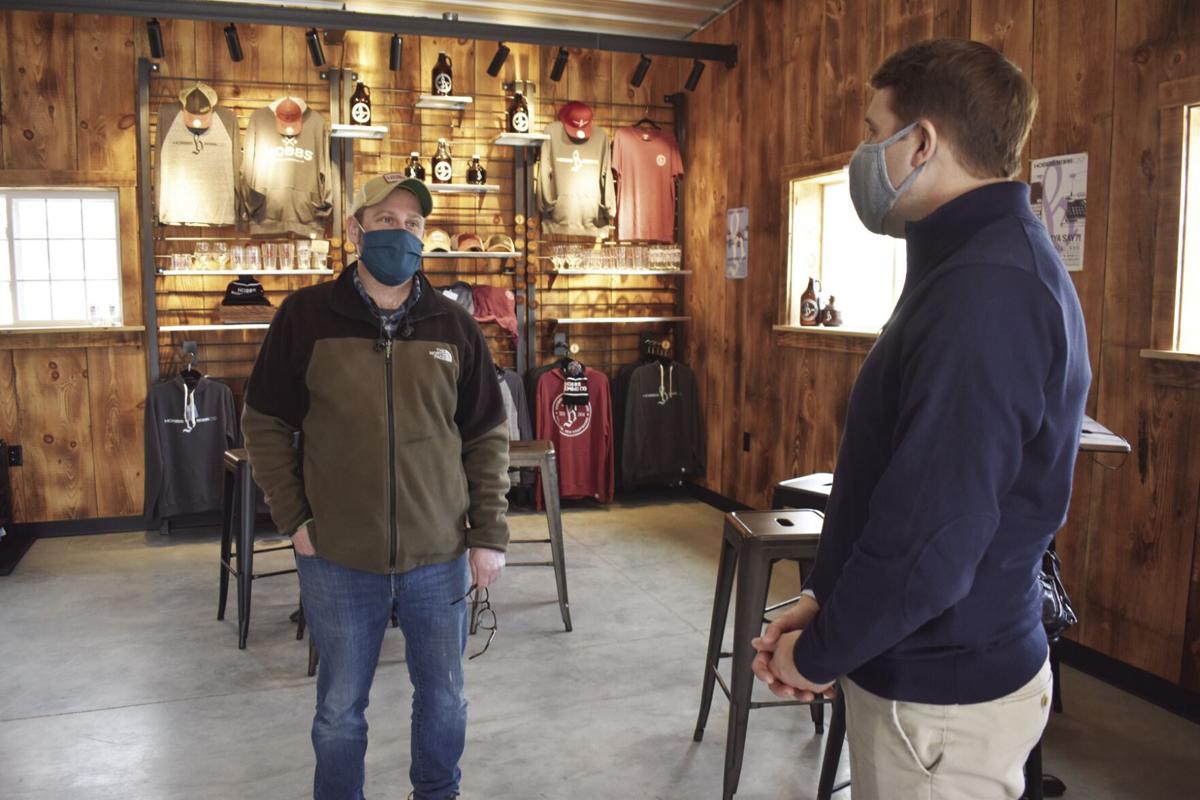 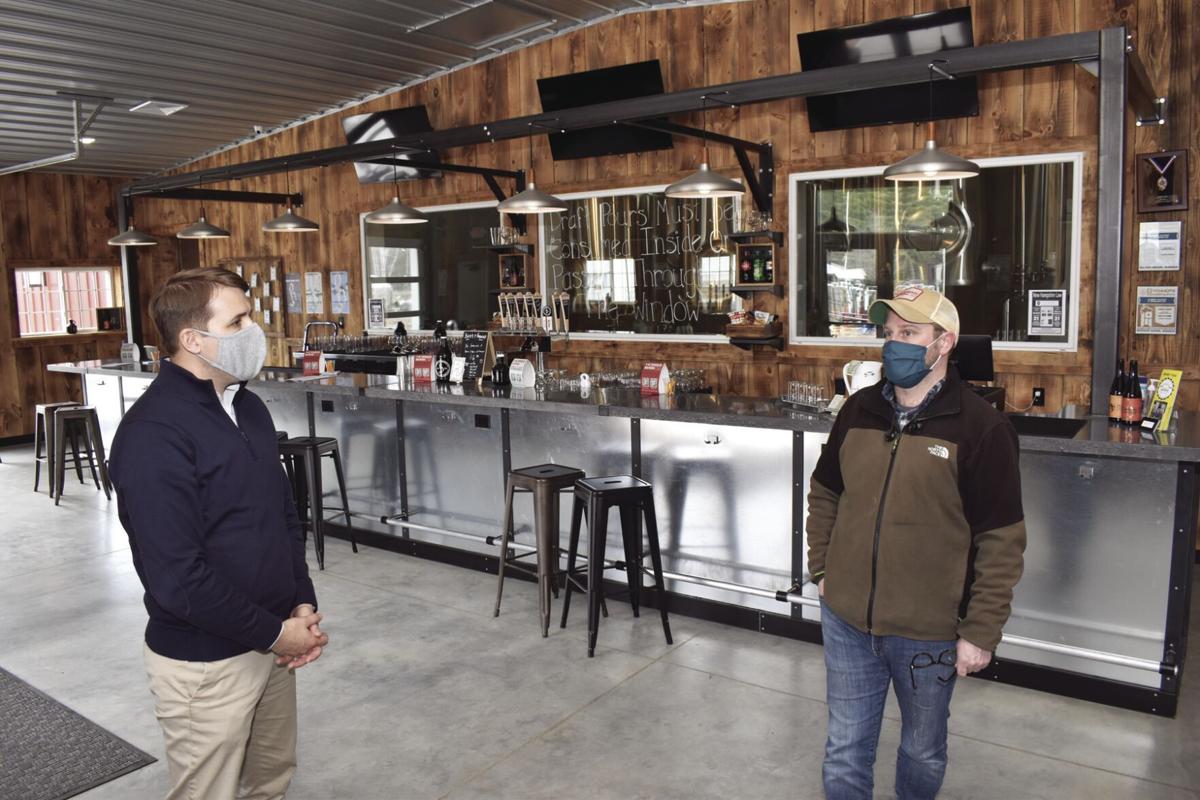 OSSIPEE — A co-owner of the new Hobbs Brewing Co. Tap Room says that while the COVID-19 pandemic was extremely stressful on his staff and himself, federal aid, made possible by people like U.S. Rep. Chris Pappas, helped get the company through a tough time.

Pappas said in turn that business owners like Ash Fischbein of Hobbs Brewing and Sap House Meadery in Ossipee, offered helpful advice that helped shape the COVID-19 relief from the federal government.

The congressman was on a whirlwind tour of Carroll County on Friday that included visits to SAU 9 and Conway Town Hall in the morning, Memorial Hospital's COVID-19 vaccine clinic in North Conway at noon and Hobbs Brewing Tap Room in Ossipee in the afternoon, before concluding at Morrisseys’ Front Porch restaurant in Wolfeboro.

"We've got a great community of small businesses that are good employers that provide a great product and a great experience, and that's why people love coming to this part of New Hampshire," said Pappas, a business owner himself (he is part of the family that owns the fabled Puritan Backroom Restaurant in Manchester).

"We want to make sure they're well-positioned to come out of the COVID pandemic strong," he said. "That's why we've taken a number of steps that we have, but I think in listening to some of the entrepreneurs here, there's more work to do."

Pappas said there is another round of Paycheck Protection Program coming that will offer direct grants to hospitality businesses to help them with losses they might have incurred due to the pandemic.

Fischbein said Pappas has "a great handle" on the needs of the hospitality industry, and business people should recognize that politicians really can help if they are asked to.

"I've gotten to know the congressman really well, and I'm starting to see how much how much help you brought us in the industry. And I'm also seeing that on the state side as well with our reps and our senators," he said.

Fischbein said the next challenge for New Hampshire businesses will be to get the staffing back to work for the summer season. The extra federal unemployment funds of $600, and now $300 through Sept. 6, helped workers though the year but he feels it may have gone on longer than it should have.

"I feel like, knock on wood, that we're positioned to have a good year if we can get the staff to come out and help," said Fischbein.

The Tap Room, an event space and brewery, opened at 765 Route 16 last October, south of Hobbs Tavern, which sits near the intersection of Route 16 and Route 25 in West Ossipee.

The Tap Room offers a bar and also outdoor seating. While it doesn't sell food, it will host food trucks on summer weekends and will also be a venue for events. It produces beer for cans, bottles and draft while the tavern produces beer kegs and draft lines.

"A big concern outside of business, and the economy and opening, a big concern was mental health," said Fischbein, adding members of his staff were "in rough shape last year."

Hobbs Tap Room has eight employees and Hobbs Tavern, 35. There are another 10 employees at Sap House Meadery in Center Ossipee. All three are separate entities legally, according to Fischbein.

Fischbein said the pandemic and the shifting time frames on the restrictions left staffers wondering what would happen next, and they looked to him for answers.

Fischbein told his staff, "I don't know, either, but we're gonna get through it together."

Fischbein said he used relief from programs like the Paycheck Protection Program, New Hampshire Main Street Relief Fund and COVID-19 Economic Injury Disaster Loans to keep the entities afloat. He said the programs were very helpful but declined to say how much he received.

Pappas said many people found themselves asking his office for help for the first time during the pandemic.

"This was frankly a period of time where people had to reach out to their elected officials who have never reached out before because people have never been in these situations where they're worried about losing their business or losing their health insurance, etc.," said Pappas. "That's what we're there for."