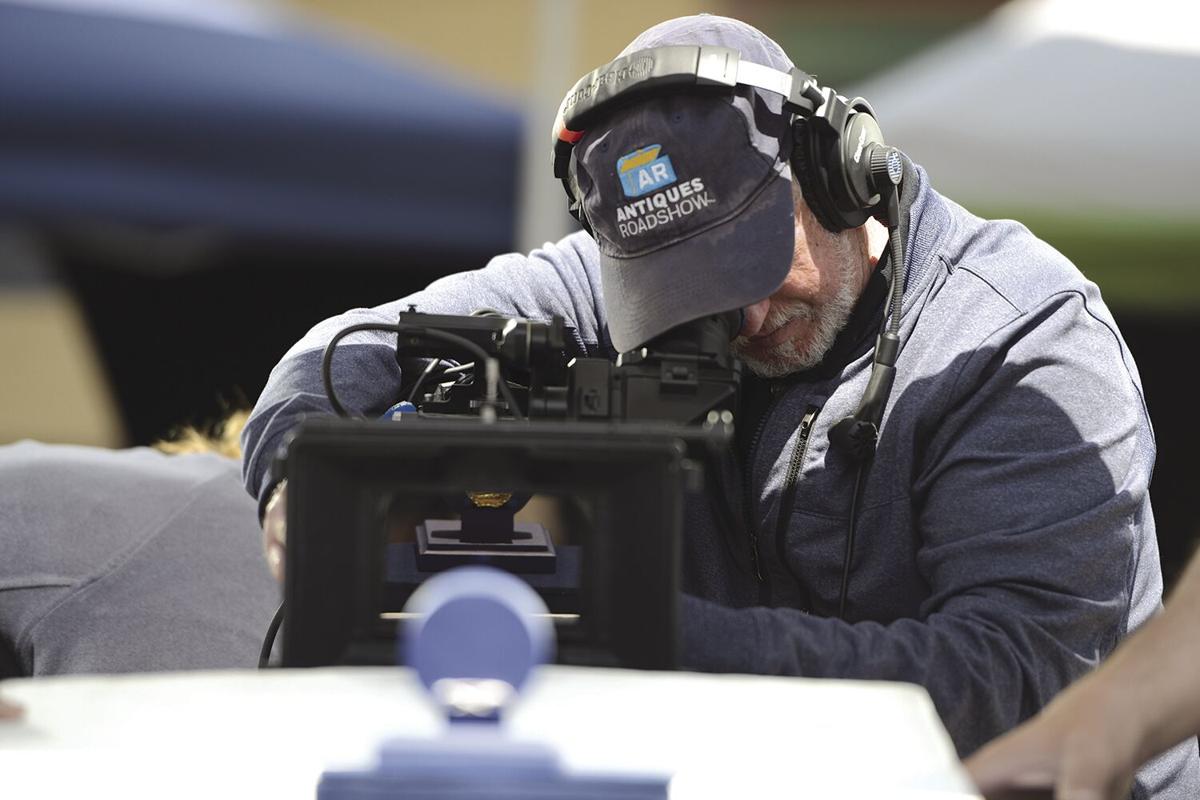 A member of the Antiques Roadshow crew records an appraisal at the June 1, 2019, tour event at Bonanzaville event in West Fargo, N.D. (MEREDITH NIERMAN/WGBH) 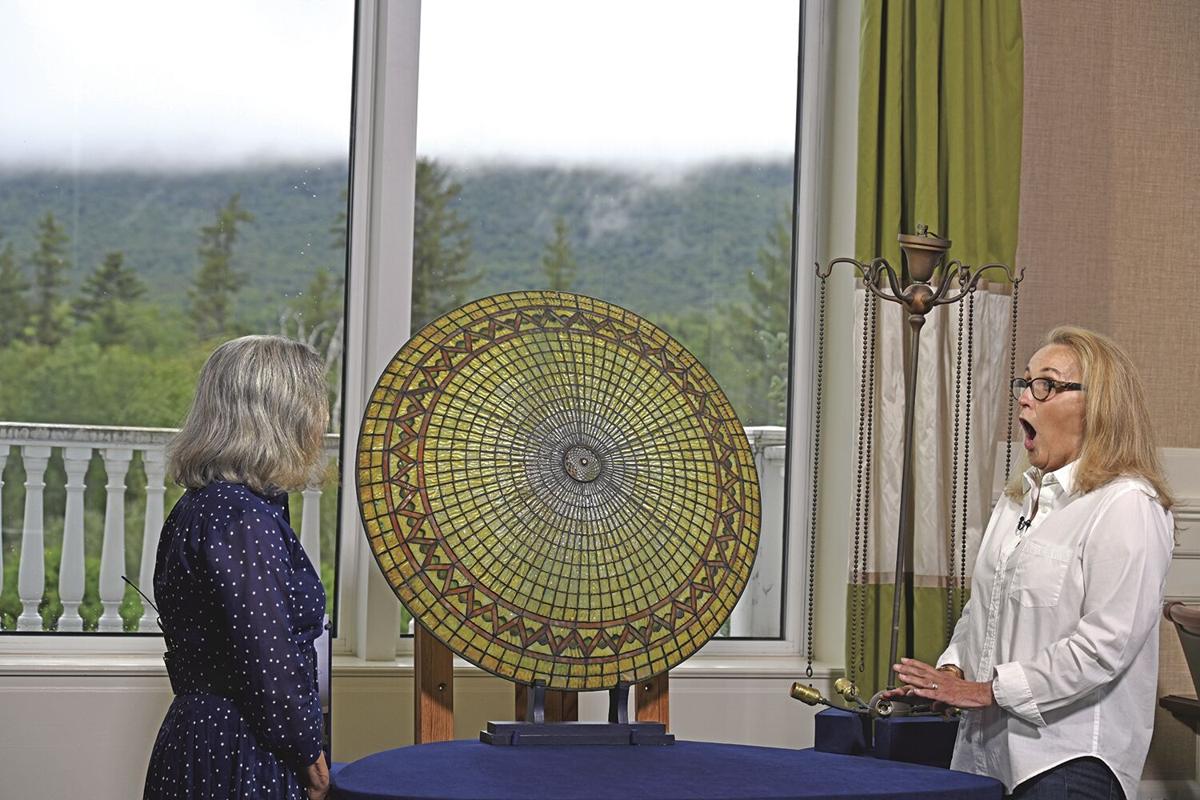 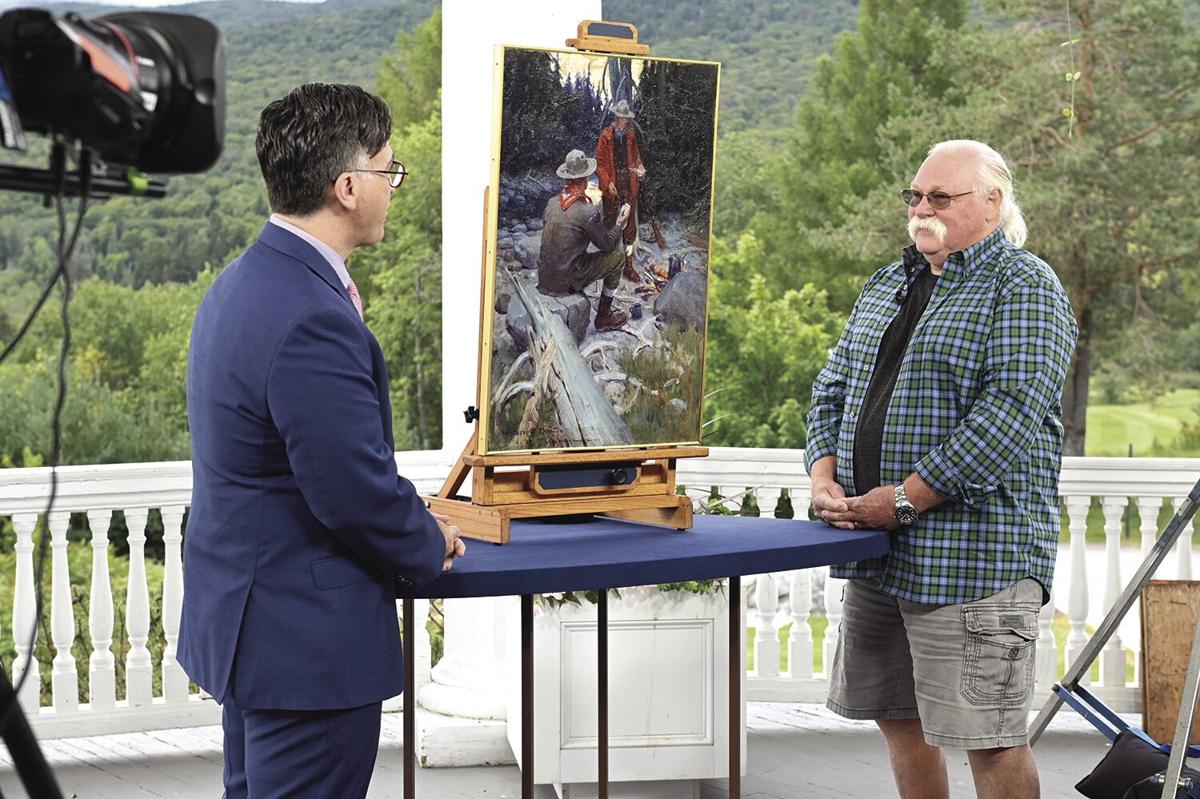 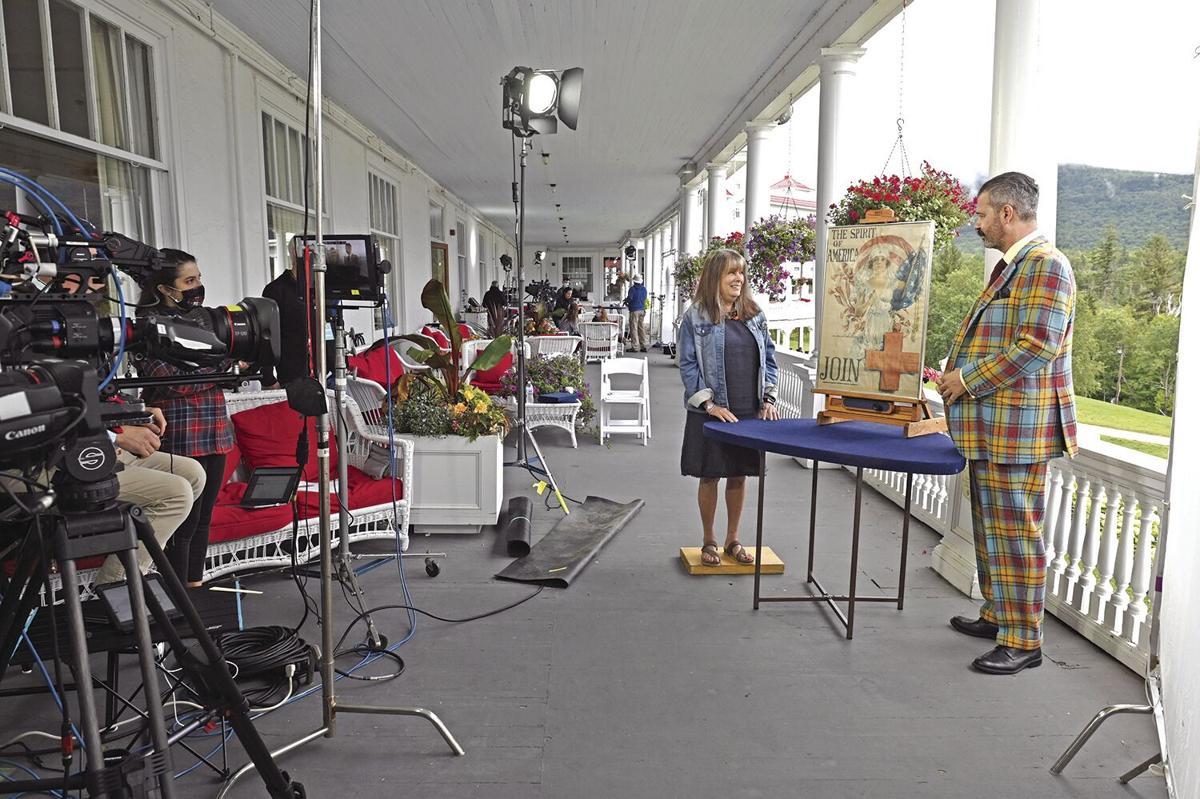 A member of the Antiques Roadshow crew records an appraisal at the June 1, 2019, tour event at Bonanzaville event in West Fargo, N.D. (MEREDITH NIERMAN/WGBH)

The 19-time Emmy Award-nominated series hit the road in an all-new way this year, keeping a focus on health and safety with a modified production that featured invitation-only filming on closed sets.

“I am overjoyed to finally be back on the road and recording all-new footage for Antiques Roadshow,” said executive producer Marsha Bemko of Cambridge, Mass.

“An added bonus to this trip was that it was the show’s first time ever in New Hampshire. The Granite State did not disappoint, as our day was packed with fascinating stories in a stunning setting. I can’t wait for everyone to see the episodes next year," she added.

Three one-hour long episodes of television will be produced from Roadshow’s visit to Bretton Woods, for broadcast in 2022 on PBS.

Craig Clemmer, director of sales and marketing for the Omni Mount Washington, said: “Obviously, we are very pleased to have ‘Antiques Roadshow’ choosing to come to the resort. It’s a win-win for the resort and the White Mountains. We all love that show.”

The setting at the Omni was regal and the sun came out after a cloudy morning to make for good footage.

Built in 1902, and host of the 1944 Bretton Woods Economic Monetary Conference, the Omni Mount Washington's distinctive history and proximity to Boston were factors in its being chosen for Season 26, according to Bemko.

“Being from Boston, all of us are excited to be coming to the Omni Mount Washington. It has so much history, which is always something we look for, and it’s so beautiful,” Bemko said prior to the visit.

The crew that traveled to Bretton Woods included 20 “Antiques Roadshow” crew members and 28 traveling crew along with 37 local New Hampshire crew along with 52 appraisers, according to senior account executive Hannah Auerbach, who said 98 appraisals were done during the filming.

Among the finds were:

According to family lore, this inverted hanging glass shade was custom-made around 1901 by Louis Comfort Tiffany for the Gloucester, Mass., estate of railroad tycoon Henry Rouse. It was passed down through the current owner’s family from her grandfather, who was the superintendent of the grounds at the Rouse estate — and who subsequently stored the shade for years in the chicken coop at his farm.

Unsurprisingly, appraiser Arlie Sulka was impressed with the condition of the piece after learning about its barnyard background and noted that while it was not signed, all the details confirm Tiffany as the maker.

This oil painting was originally given as a gift in 1910 by the artist to the guest’s great-grandfather, who then stored it in the basement for years where it wound up getting a little hole punctured in the canvas from some children’s antics.

Years later, the guest’s mother recognized the artist’s name when moving the painting out of the house and had it restored.

The painting is by William Herbert “Buck” Dunton, known for his illustrations and a founding member of the Taos Society of Artists. While the hole impacted the value by around $10,000, appraiser Bastian said that if the work depicted animals in addition to the cowboys its worth might have been upwards of six figures.

In the spring of 1995, the owner read an article about Rolex Daytonas and, as an avid car enthusiast and admirer of the watch model, decided to buy his own. Eventually, he found two options advertised in a classified ad and purchased one for $5,700.

Over 25 years later he still wears the watch, a 1994 Rolex Daytona Cosmograph manufactured by Zenith and has kept all the original documentation.

Unworn watches are usually more valuable than used, but the fact that this specific example was worn frequently outside actually doubles its used value because the white sub dial has an organic varnish on it that was only used by Rolex between 1994-95 and which causes the color to change when reacting to ultraviolet light. In reaction to hearing the appraisal, the owner remarked, “I’m sure glad I looked in the newspaper when I did!”

(Note: these appraisals have not yet been through the “Antiques Roadshow” fact-checking process and are subject to change).

One southern New Hampshire resident with family ties to the Mount Washington Valley shared her experience at the Omni with the Sun. (The program does not give out participants’ last names due to security reasons).

“It was a really neat experience. They were so courteous and kind to us and their appraiser had done his research,” said Mary, 73, an artist and history enthusiast who brought a family heirloom to Bretton Woods.

It was an inscribed powder horn dating back to 1769 that once belonged to a man who lived in Hawke in southern New Hampshire but who fought with a Massachusetts regiment at the Battle of Bunker Hill in June 1775.

“As I told them, I see myself as a caretaker for my family of this piece — to me, it shows a connection of our family through the generations who served in the military going back to the Revolutionary War. My father went to the Naval Academy, fought in World War II and Korea, and two of my brothers served, one in Vietnam and the other in the Navy,” said Mary. “The powder horn is not for sale — but it was nice to get an appraisal of its worth.”

Bemko in an earlier interview with the Sun explained that “Antiques Roadshow” has a pool of about 170 experts, many of whom have been with the show from its beginning.

“We have a roster of people to go to — that job was harder at the beginning of the show but now the appraisers want to be on the show,” said Bemko.

The 26th season’s five-stop tour started Aug. 10 at the Wadsworth Mansion in Middletown, Conn. After the Omni Mount Washington Resort stop, the tour continued Sept. 14 at the Hempstead House at the Sands Point Preserve, Long Island, N.Y., and then moves on to Colonial Williamsburg, Williamsburg, Va., Sept. 28 and Grounds For Sculpture in Hamilton, N.J., Oct. 6.

The program is sponsored by Consumer Cellular, Ancestry.com and American Cruise Lines. Additional funding is provided by public television viewers.