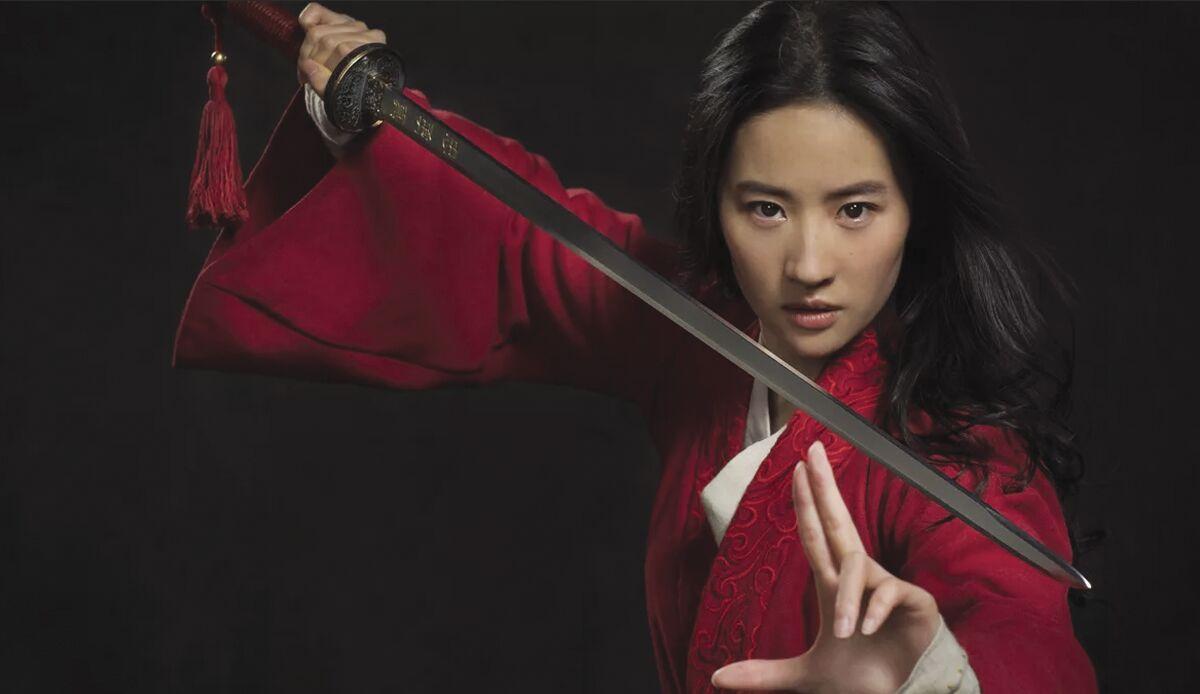 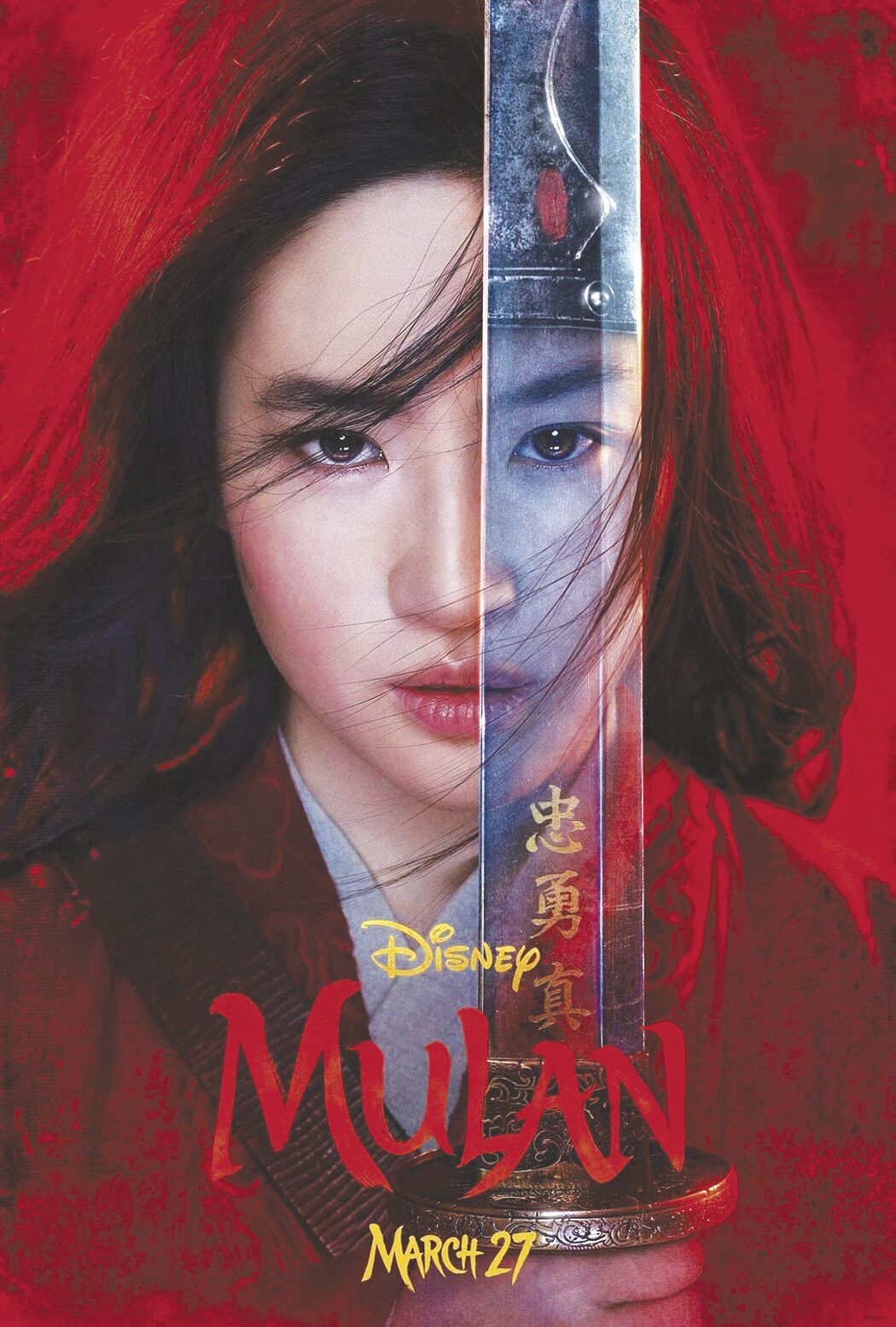 Disney’s  live-action remake "Mulan" is exclusively available on Disney+ for $29.99.

“Mulan,” Disney’s latest live-action remake of one of its animated features, is being released exclusively to Disney+ for $29.99 Friday.

That’s right, those who are already paying for the streaming service will have to pay this extra fee. Unlike recent premium rental fees (typically $19.99), this isn’t merely a 48 hour rental. The purchase gives you access to “Mulan” as long as you’re a Disney+ subscriber. People will essentially be paying for early access to the film which will appear on Disney+ for free by December.

Those who haven’t boarded the Disney+ bandwagon will be out of luck until a physical media release of the film. Countries that don’t have Disney+ (such as China) will receive a theatrical release.

This release strategy is a disservice to both the film and its fans because it’s beautifully shot and designed and epic in scope. “Mulan” deserves to be seen on the biggest screen possible. This $200-million production was never intended for an exclusively small-screen release.

Obviously, with the COVID-19 pandemic, the film industry has been upended but there’s no reason why there couldn’t have been a hybrid theatrical-digital release. “Bill & Ted Face the Music” took this approach and found success on both ends.

Disney releasing “Mulan” with what amounts to a shrug and an “Oh, well” is doubly insulting since Disney made a film with an all Chinese or Chinese-American cast, including such legends as Donnie Yen, Jet Li (unrecognizable as the emperor) and Li Gong as well as other familiar faces such Jason Scott Lee, as the villain, and Tzi Ma (seen in last year’s “The Farewell”) and Rosalind Chao as Mulan’s parents.

Furthermore, it is one of the few Disney live-action remakes to distinguish itself from its predecessor. This isn’t another nearly shot-for-shot redo with only minor changes like last year’s “Aladdin” and “The Lion King.” In many ways, this new “Mulan” improves upon the animated incarnation.

The film, directed by Niki Caro and written by Rick Jaffa, Amanda Silver, Elizabeth Martin and Lauren Hynek, makes several departures from the animated version which was based on the “The Ballad of Mulan.” Most notable is the removal of the Eddie Murphy-voiced dragon Mushu and all the songs, including “I’ll Make a Man Out of You” and “Reflections.”

Mushu was a product of the 1990s Disney formula which required all protagonists to have a comic-relief sidekick. This was first established in “The Little Mermaid” in 1989, which kicked off what has been dubbed the Disney Renaissance.

The success of that film was used as a template with comedic sidekicks effectively appearing in “Aladdin” and “The Lion King” but also in films where they made less sense such as “Pocahontas” and “The Hunchback of Notre Dame.”

“Mulan” arrived near the end of this golden age of Disney. In many respects, it was trying to do something different by telling a female-led, non-princess story, but Disney still didn’t tamper with the formula too much.

Mushu isn’t a bad character but he isn’t essential to the success of the story and excising him from the film doesn’t hurt it. He is replaced with a phoenix, which is a sign of peace and prosperity in Chinese culture. It is also an apt metaphor for Mulan who, through finding herself during the course of the film, is essentially reborn.

While the songs are gone, they are incorporated into the score, most notably “Reflections,” which appears in several key moments of triumphant to moving effect.

Another smart change splits the character of Shang, who in the original version acted as both Mulan’s commander and a love interest, into two separate characters, a mentoring commanding officer (Yen) and a soldier who is her equal (Yoson An).

In addition to Lee as the villainous Bori Khan, the brutal leader of the invading Rouran (replacing the Huns to be more historically accurate), the film adds a new adversary in the form of Xianniang (Gong), a witch helping the Rouran.

Xianniang acts as a darker mirror image of Mulan. Both are strong women forced to hide themselves or face exile. Xianniang isn’t exactly a villain. She’s a tragic figure forced to align herself with nefarious forces because of the promise of acceptance.

Last year’s “Aladdin” tried to do a similar two-sides-of-the-same coin dynamic between Aladdin and Jafar that simply didn’t work. Here, it is far more effective, and helps establish a theme that the next generation can be better than the last.

All of this is held together by Yifei Liu as Mulan. Not only is she believable as a warrior — she does nearly all her own stunts, including sword work, horseback riding and martial arts — but she dramatically grounds the story.

She brings grace, strength and humanity to the role. It is a quiet performance with much of the emotion conveyed without dialogue. Her relationship with Ma as her father and Gong are particularly strong.

Mulan is also given more agency in this version. She is the one that decides to reveal her true identity, despite the threat of exile and even death. Up to this point, Mulan wasn’t meeting her true potential, but when she stops repressing her true identity and lives openly as her true self, she becomes her best version. Through her loyalty and bravery, she is ultimately accepted. It is an empowering message.

If Disney insists on making these live-action remakes, this is how to do it. Instead of merely rehashing what worked, take what previously existed and do something fresh and new with it. Hopefully, Disney gives this new “Mulan” its due. They dishonor themselves by not.

With “The Lion King,” Disney has unleashed its third “live-action” remake in less than six months, following “Dumbo” and “Aladdin.” I put live…