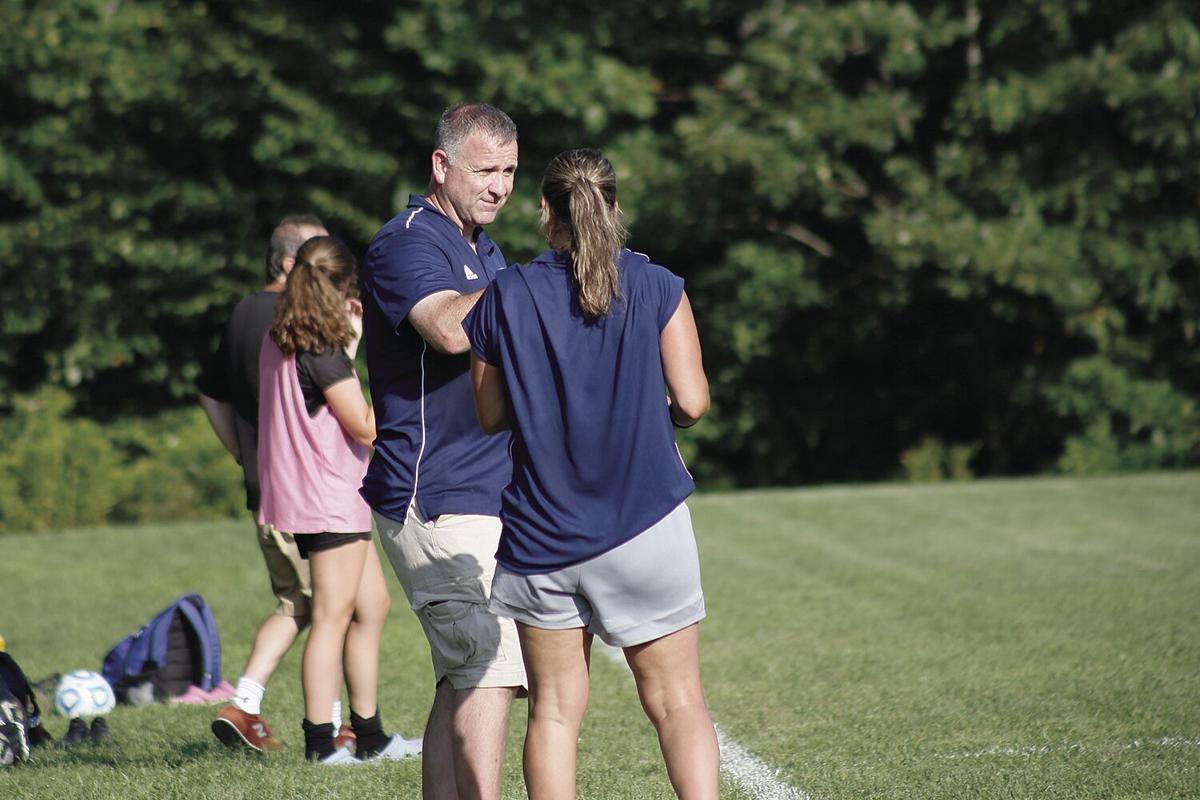 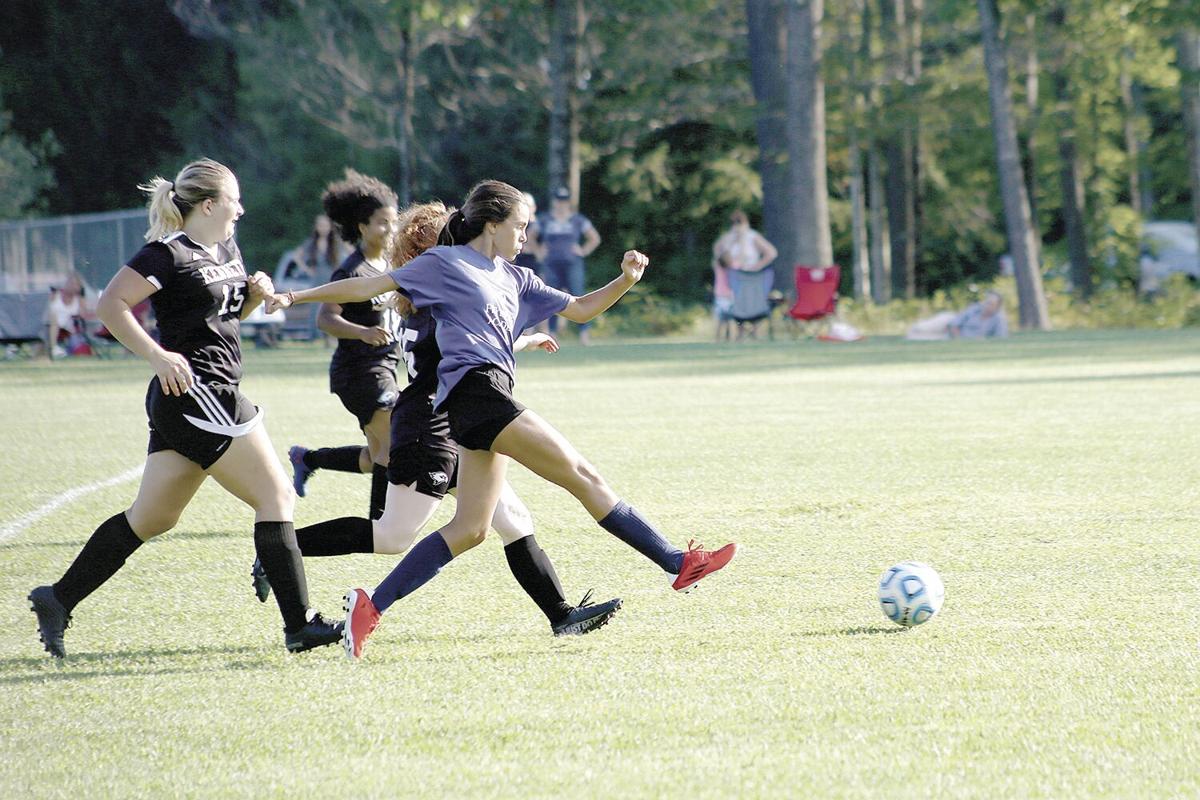 Carlota Del Riego Hinojar makes a dash at the goal to the cheers of her teammates at the girls soccer game between Kennett High and Fryeburg Academy in Conway on Aug. 20. (RACHEL SHARPLES PHOTO)

Carlota Del Riego Hinojar makes a dash at the goal to the cheers of her teammates at the girls soccer game between Kennett High and Fryeburg Academy in Conway on Aug. 20. (RACHEL SHARPLES PHOTO)

FRYEBURG — A familiar face to Mount Washington Valley soccer, Dave Hart is the new head coach of the Fryeburg Academy girls’ soccer team. He takes over the helm from Antonio Barrionuevo who coached the Raiders for four seasons.

Hart, the former coach of the Kennett High boys’ soccer team for seven seasons and was an instrumental figure in the development of the Mount Washington Valley Soccer Club for several years, is excited to lead the Raiders.

“It’s been a lot of fun so far,” Hart said. “Hopefully, the girls are having fun, too. It’s been a great experience getting to know the kids. Some already knew from playing club soccer.”

The Raiders are scheduled to open the 2021 campaign on the road in Naples with a local derby against rival Lake Region this Thursday at 6 p.m.

While the Maine Principals' Association ruled initially that soccer teams could have up until November 16 to complete up to 10 games, a change was passed along to the Raiders learned on Oct. 26 the season was over.

Coach Barrionuevo observes, "The FA girls soccer team have been displaying a quality game and playing every minute on the field as if it was the last. This is the most talented group of athletes to coach (in his four-year tenure) and they are excellent role models for the next generation of players."

Hart has a record number of girls out for the program.

“We should top off at about 40,” he said. “I know the girls are really looking forward to this season. It was a tough year last year due to the (COVID-19) pandemic.”

Hart added: “We have nine or 10 freshmen out, which is nice to see. I think we have a well-balanced team with different age groups and a good mix of local and abroad players.”

Hart has recruited “an All-Star cast” to join him on the sidelines the fall in Jacki Buzzell, arguably the top player in the program’s history, and Stevi Laird, a former Lebanon Valley College standout and coach at Gorham High School in Maine, along with coaching for MWV Soccer Club.

“I had to give my best sales pitch to get both of them, but it’s a huge plus for the program,” Hart said, smiling. “For me, it’s so important to have women coaches involved when you’re working with girls. Jackie and Stevi have been terrific.”

Buzzell will coach the reserve junior varsity team, while Laird will rotate between the first team and the reserves.

This year’s team captains are seniors McIntyre and Gunther along with junior Bariteau.

“We have three talented leaders in Katie, Taylor and Ashleigh,” said Hart.

Hart said the reserve team will have captains selected on a bi-weekly basis.

The Raiders have plenty of depth at the goalie position with Priestman and Mahan, who are also both capable field players, for the first team, and Charest, Sarah Shackford and Winters all game for the reserve squad.

Hart envisions opening the season with a 4-4-2 alignment with four defenders, four midfielders and two forwards.

The Raiders had a special visit last week from Felicity Day, who played for the Arsenal Ladies in England and is revered as one of the top coaches in the sport.

“Felicity is a brilliant coach,” Hart said. “We had her focus on the defensive principles of the game with our team. We got a lot of the training session.”

FA will look to Emery and Byrne to provide plenty of offensive firepower up front this season, while Sartory, Adams, Southwick and Hannah Shackford also have noses for the net.

As for goals, Hart wants his players to improve daily both on and off the field. The team is working with a sports psychologist from England on mental skills.

Fryeburg is scheduled to play its home-opener on Tuesday, Sept. 7, at 4 p.m. when York comes to town.